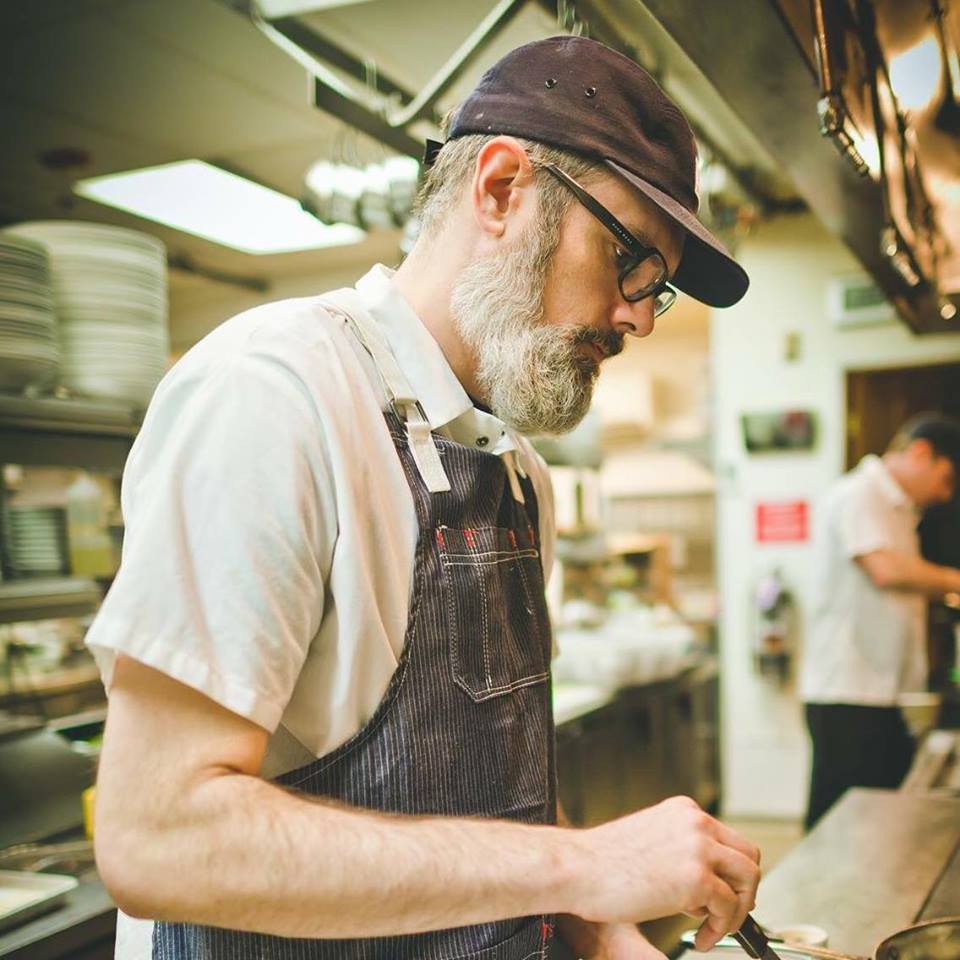 Ed Jones, the current chef at Firebox, will be the executive chef when Cook and the Bear opens in West Hartford's Blue Back Square. Photo credit: Winter Caplanson (courtesy photo) 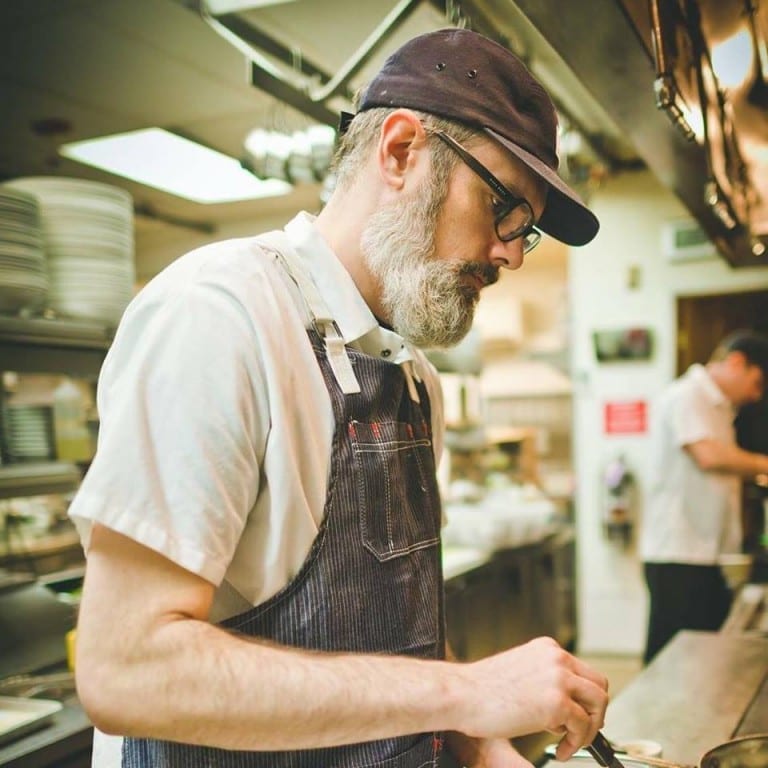 Ed Jones, the current chef at Firebox, will be the executive chef when Cook and the Bear opens in West Hartford’s Blue Back Square. Photo credit: Winter Caplanson (courtesy photo)

When Tyler Anderson of Millwright’s and Jamie McDonald of Bear’s Smokehouse announced last month that they would collaborate to open a new restaurant in West Hartford, they promised that the day-to-day cooking would be handled by an “insane” chef whose name would be released soon.

Edward Jones III, the current executive chef at Firebox in Hartford, will be the executive chef at Cook and the Bear when it opens later this year at the corner of Memorial Road and Raymond Road in Blue Back Square.

“I’ve known Ed for a while,” Anderson said Wednesday. “When we first came up with this concept I thought it was important to find somebody who had the same philosophy – same work ethic, same food philosophy,” said Anderson, who plans to remain chef at Millwright’s. Cook and the Bear is the first restaurant he will own where he won’t be the chef.

Anderson said he is personally “laid back” in the kitchen, and described Jones as a “calm” chef, which he said is rare. Jones is a good fit for other reasons as well, said Anderson. “His level of cooking is very high, he has a great grasp of flavor and taste, and he’s very farm-to-table, just like us.”

Jones agreed that he is not an “angry chef,” and said he prides himself on how he runs his kitchen. Although he has only been in the executive chef role at Firebox for about 18 months, Jones said that he has been cooking for 11 years. He has been at Firebox since 2011. Jones said that this new position came at an ideal time, and has the advantage of allowing him to take a break. 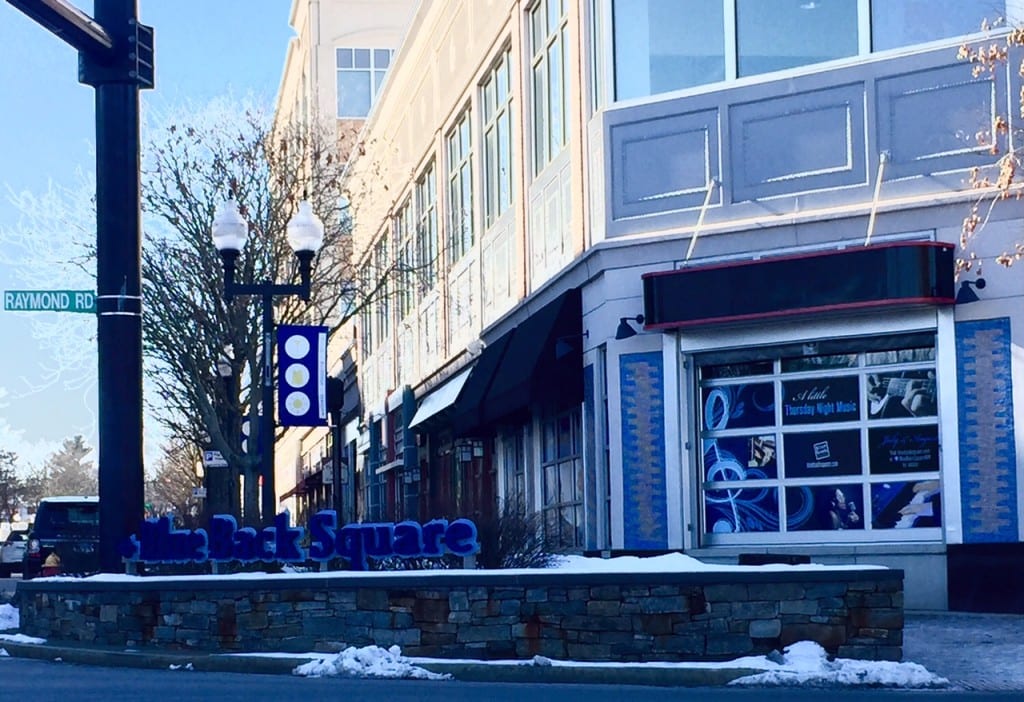 Cook and the Bear will occupy the corner of Raymond and Memorial Road in West Hartford’s Blue Back Square. Photo credit: Ronni Newton

“I’m really excited,” Jones said. “I’m ready to do something else and looking forward to learning.”

Jones said he has a great deal of respect for both owners and looks forward to both learning about smoking meats from McDonald and to refining his fine dining techniques from Anderson, all with the goal of making the Cook and the Bear as successful as possible.

When the new restaurant was announced in February, Anderson defined the concept of the Cook and the Bear as: “What if a chef and a barbecue pitmaster get together?” The food will be casual, with the farm fresh ingredients Millwright’s has been known for, but at at a price level that anyone can afford, he said.

Anderson termed it “barbecue with a ‘cheffy’ twist.” Planned menu items may include rotisserie chicken and fish, traditional sides like coleslaw and macaroni and cheese, and also some “healthy” and seasonal items like roasted carrots with quinoa and roasted fennel. There will also be vegetarian offerings like smoked tofu and smoked beets.

Firebox has become known for its creative and locally-sourced menu, and Jones said that’s the type of cooking that’s meaningful to him. “I’ve learned a lot about farm-to-table. I’ve gotten to know the local farmers and have worked with them to get them to grow the right stuff for the restaurant,” Jones said. He plans to continue those relationships at Cook and the Bear.

Ultimately Jones will have a big role in the menu development at Cook and the Bear, Anderson said.

Jones will be leaving Firebox in April and taking some vacation time. “Then we’ll get down to brass tacks and develop the first Cook and the Bear menu,” said Anderson. He anticipates keeping the initial menu in place for a few months, and said after that point it may change frequently, but Jones will guide that.

The planned opening for Cook and the Bear is now late summer or early fall, Anderson said.