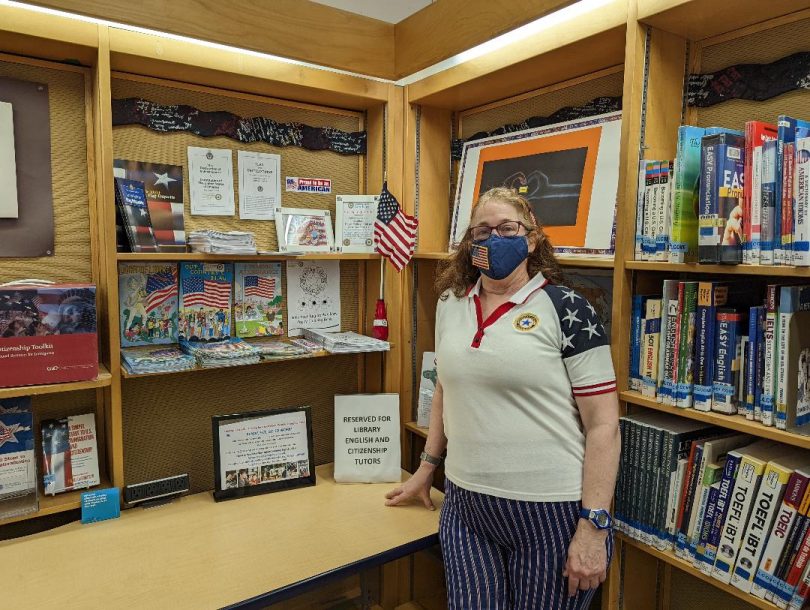 Elaine Kotler of West Hartford has been named the 2022 ‘Unit Member of the Year’ by the Department of Connecticut American Legion Auxiliary.

West Hartford native Elaine Kotler has been named the Connecticut American Legion Auxiliary 2022 “Unit Member of the Year.” The award was announced at the ALA Department of Connecticut Convention this July.

Kotler, who was nominated by her ALA Unit 96 Hayes-Velhage of West Hartford, joined the ALA Unit 96 in early 2021 and currently serves as Unit Historian and is active in many ALA projects. She was featured in the national ALA Magazine in November 2021 for her “Why I Joined the ALA” story.

Kotler was recruited by Patrick Harrell, Past Post Commander of American Legion Hayes-Velhage Post 96, for her “spirit, patriotism, and enthusiasm.” He met her while planning a Memorial Ceremony for her father, Alvin Kotler, who passed away in September 2020 and was a Korean War Era Veteran and a member of Hayes-Velhage Post 96.

Since joining ALA, Kotler has gained a reputation in West Hartford, where she resides, as the one “dressed all in poppies.” She could be seen every weekend in May in West Hartford Center and during Celebrate! West Hartford distributing poppies, Poppy Day coloring books, and American flags. Her efforts were to raise awareness of Poppy Day, the last Friday in May, a day to honor the fallen and support the living who have worn our nation’s uniform. Donations collected during the Poppy Drive help support veterans and active-duty military, their families and the community. 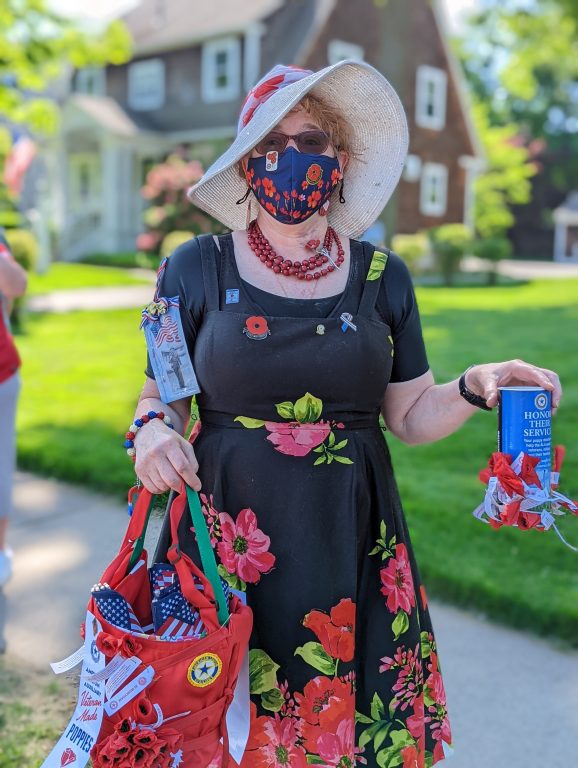 Kotler is a science teacher, both in middle school and as an adjunct professor at Manchester Community College. Naturally, with that background, she is the chair of Education and Americanism for her unit. The unit applied and was awarded a grant from the National ALA to sponsor “Star Spangled Kids” Americanism. She used the grant to create displays, entitled “Star Spangled Kids,” for both the West Hartford Faxon Branch Library and her middle school library. “Star Spangled Kids” is the American Legion Auxiliary initiative to educate our youth about our United States history, Americanism, and the U.S. Constitution. Visitors to the library are welcome to take complimentary items, such as patriotic themed coloring books and comic books.

Never missing an opportunity to educate her students beyond her science curriculum, Kotler annually prepares and delivers lessons to raise awareness and the meaning of Veterans Day, Memorial Day, Poppy Day, and Flag Day, as well as the proper etiquette for reciting the Pledge of Allegiance. Along with her lessons, she has involved her students in projects to support veterans and active military, such as sending Valentine’s cards and treats to the CT National Guard while being deployed overseas and for local veterans at the Veterans Administration Medical Center in Newington, CT.

Recognizing that she has so much to offer as a member of the American Legion Auxiliary, “In the spirit of Service, Not Self,” she immediately joined as a PUFL, Paid Up For Life member. She looks forward to many future years supporting the ALA Mission and the American Legion, to honor the sacrifice of those who serve by enhancing the lives of our veterans, military, and their families, both at home and abroad. In a short time with ALA, she has shown to be a strong advocate for veterans, educator of our citizens, mentor to youth, and promoter of patriotism, good citizenship, peace and security. 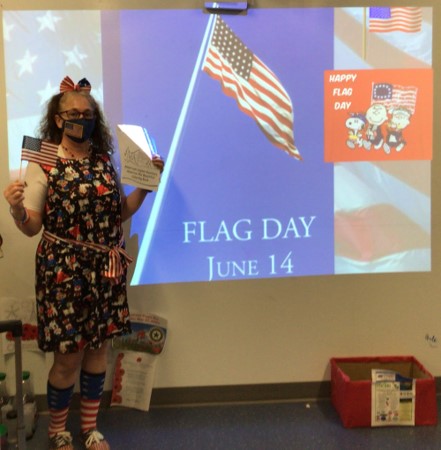 Hayes-Velhage Unit 96 of West Hartford expresses great gratitude and is extremely proud of Elaine Kotler’s many accomplishments. She is well-deserving of the 2022 Connecticut American Legion Auxiliary “Unit Member of the Year” Award. Kotler was unable to attend the Department Convention Jeanne Berry, President of Unit 96, accepted the award on Kotler’s behalf.

If you have the patriotism bug like Elaine Kotler, ALA does great community service projects and promotes Americanism and government. We sponsor high school girls to attend the CT Girls State each summer to run a mini state government. We’d love to have you and your daughters join, whose parents or grandparents have served. For more information or to join, go to: www.ALAforveterans.org, or www.post96.org, and select Auxiliary, or email:  [email protected].

The American Legion Post 96 of West Hartford has been serving our Veterans and Community since 1922 and is open to all military veterans who have served honorably and military personnel currently on active duty. Further information is available at www.post96.org or by contacting the Post at: Hayes-Velhage Post 96, P.O. Box 370160, West Hartford, CT 06137-0160. Phone 860-233-9029.