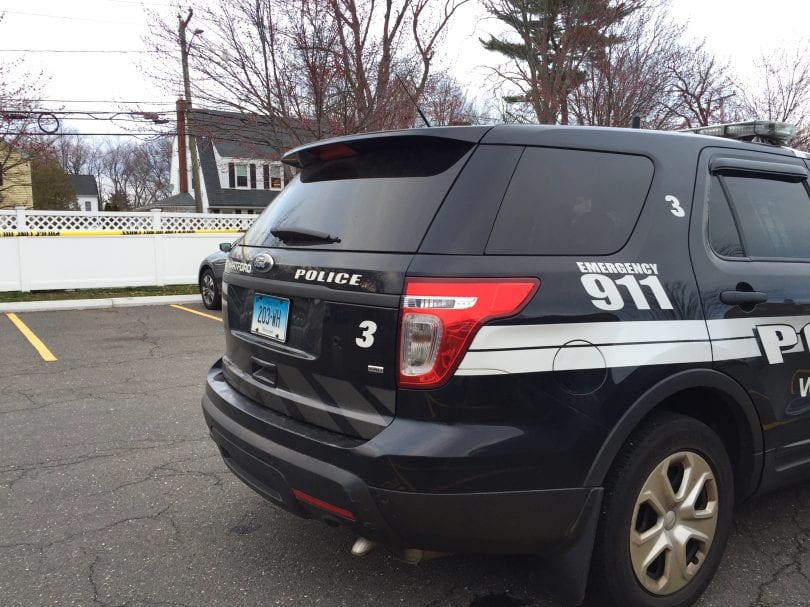 West Hartford Police are continuing to investigate the discovery of a body in a car in the Brace Road parking lot in West Hartford Center, but said Monday morning that the deceased was a 23-year-old white male.

Lt. Michael Perruccio said Monday that police are still awaiting the Medical Examiner’s report, and neither the name of the deceased nor the cause of death will be able to be released until then.

The body of a deceased man was found in the driver’s seat of a car parked in the Brace Road parking lot in West Hartford Center Saturday night, and police have cordoned off a section of the lot as they investigate the incident.

Police would not release many details, but confirmed that passersby noticed that a man in a car appeared to be sleeping and contacted police at approximately 5:50 p.m. Saturday.

According to police, officers reported to the scene and noticed the man was not breathing. They broke a window of the car to gain entry, and determined that the victim was deceased.

Police have not yet been able to determine how long the vehicle had been parked in the lot, and said they do not have any information yet about the cause of death.

The man’s name has been withheld pending notification of next of kin, police said. The Office of the Chief Medical Examiner took possession of the body, police said.

Detectives continue to investigate and said they believe there is no danger to the public.