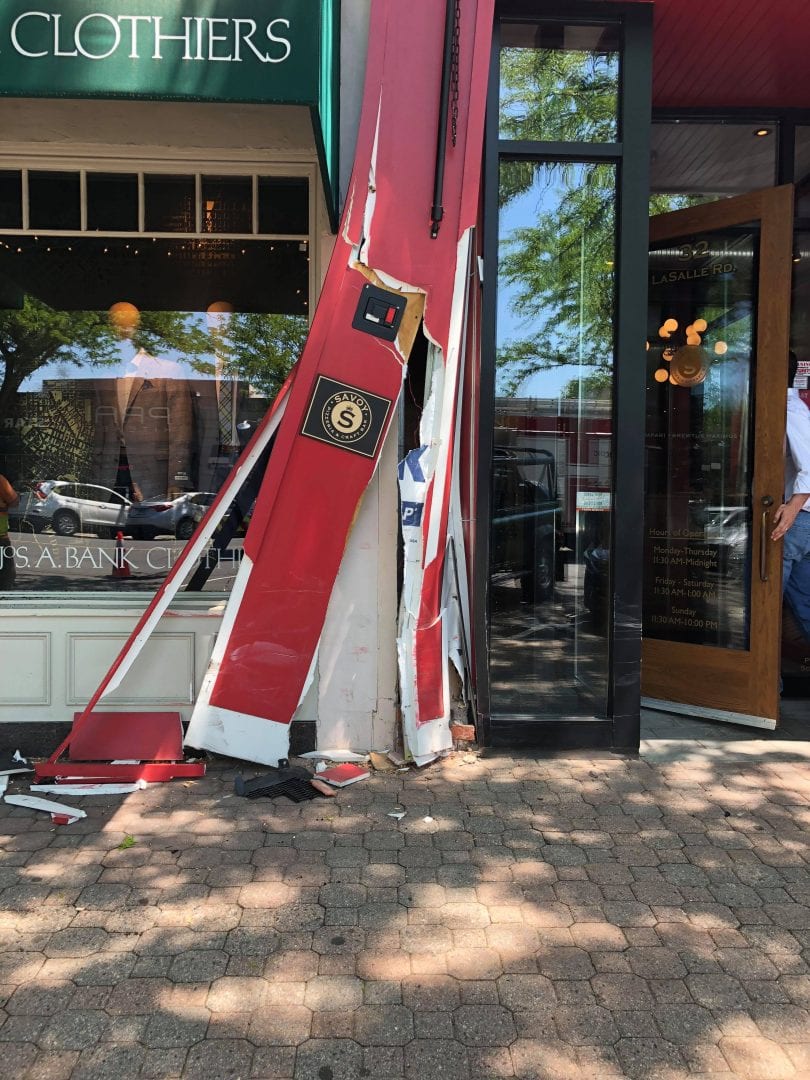 Police are investigating an incident that took place at lunchtime Thursday, when an 88-year-old female driver crashed into a building on LaSalle Road in West Hartford Center.

West Hartford Police said that an 88-year-old woman driving a Hyundai jumped the curb while parking on LaSalle Road Thursday afternoon, striking the building and damaging the façade of Savoy Pizzeria and JoS. A. Bank Clothiers.

“The car jumped the curb and scraped along the building from Savoy to JoS. A. Bank,” Capt. Michael Perruccio said.

According to Perruccio, one woman who had been on the sidewalk complained of knee pain sustained from jumping out of the way of the car, but declined treatment. The car did not strike any pedestrians or people inside the building, and the driver was not injured, police said.

Dante Cistulli, the managing partner for Savoy (which is part of the Max Restaurant Group), said Thursday afternoon that it was so fortunate no one was hurt. “We have a bench right out front, and luckily no one was sitting there.”

Of all of the places on the building that could be hit, that section of the façade, just to the left of the door, was the best place, Cistulli said. It did not impact the structural integrity of the business, or interfere with the large open window, where people dine alongside the sidewalk.

The town’s building inspector had already checked out the damage, deemed the premises safe.

“We won’t be closing, and we won’t need to close for repair,” Cistulli said. “We will be open for business as usual.”

The driver was issued a citation and infraction for unsafe movement, Perruccio said, for losing control of her vehicle while pulling into a parking space.

The damage to the building was minor, Perruccio said, and occupants did not need to be evacuated.

The incident remains under investigation.