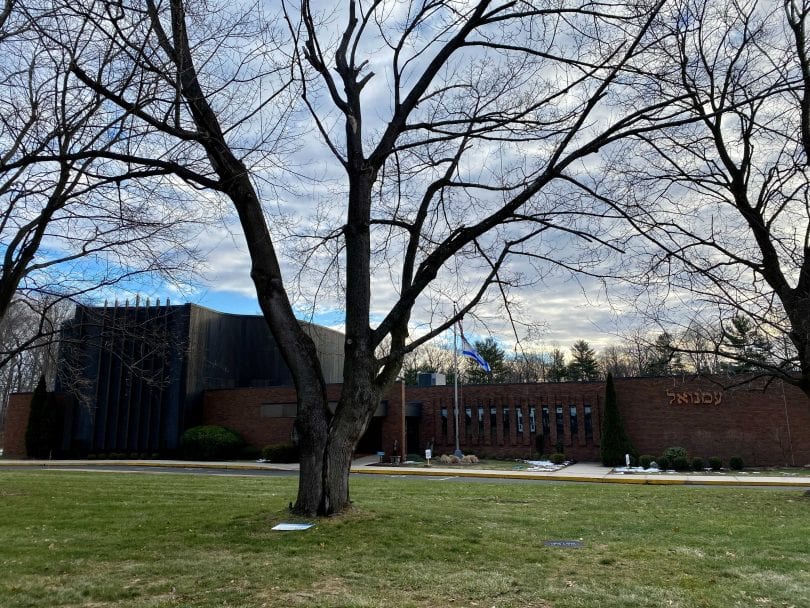 Verogy, a Hartford-based solar developer dedicated to delivering industry-leading renewable energy solutions and services, has announced that the company is partnering with the Emanuel Synagogue in West Hartford on a 178 kW DC system to be built on the synagogue’s roof.

The project includes a 20-year Power Purchase Agreement (PPA) under which the synagogue will purchase their power at a lower rate than what they currently pay their local utility. There is no upfront out-of-pocket expense with a PPA, so all the savings generated from the discounted energy will be a direct financial benefit for the synagogue.

“The electricity usage and available roof space makes the Emanuel Synagogue an ideal candidate for this type of project,” said Bryan Fitzgerald, director of development at Verogy. “Now is the perfect time for businesses and non-profits to tackle the uncertainty around electricity rates by going green.”

The project, which is projected to be completed by early 2021, will produce 198,000 kWh annually, the equivalent of powering 16 average homes annually with clean energy. Additionally, the solar project will result in the avoidance of fossil-fueled plant emissions of 140 metric tons of carbon dioxide every year. The reduction of the synagogue’s carbon emissions is equivalent to the annual emissions from 30 passenger vehicles, or the carbon sequestered each year by planting over 2,300 trees.  Once operational, the synagogue can expect to see savings on their energy costs throughout the next two decades.

“We are excited to be working with Verogy to take this project from initial concept to reality,” said Mel Simon, president of the Emanuel Synagogue. “This project enables us to devote more resources to important synagogue missions, including fulfilling our obligation to preserve and improve the world around us by reducing the purchase of electricity produced by fossil-fueled power plants.”

The Emanuel Synagogue project will be the first privately developed and financed PPA project in Connecticut to utilize the Connecticut Green Bank’s Commercial Property Assessed Clean Energy (CPACE) program, a financing mechanism through which project owners receive loans or payment administration support from the Green Bank. Under a PPA, income from sale of electricity produced by the solar generating system is collected by the local municipality under a Benefit Assessment program.  Verogy, the developer and owner of the project, has partnered with the Connecticut Green Bank who will serve as the PPA payment administrator for the life of the project.

“This is the purpose of CPACE,” said Mackey Dykes, vice president of Financing Programs at Connecticut Green Bank.  “When we first designed the program, we wanted private companies to work directly with Connecticut businesses and non-profits to deploy renewable and energy efficiency projects using CPACE. This project is a perfect example of putting CPACE to work.”