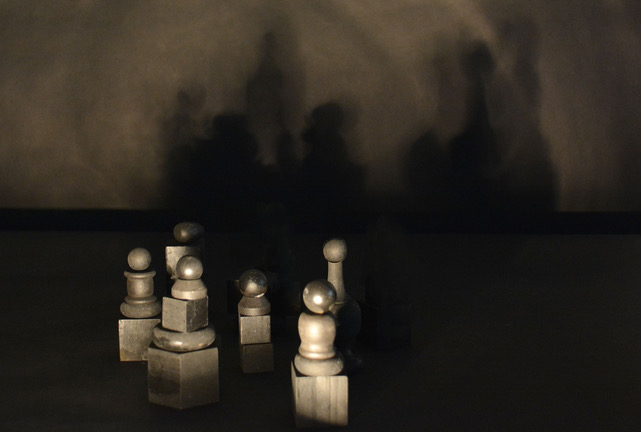 The Art Museum, University of Saint Joseph and the Fairfield University Art Museum announce ‘Gladys Triana: A Path to Enlightenment 1971-2021.’ 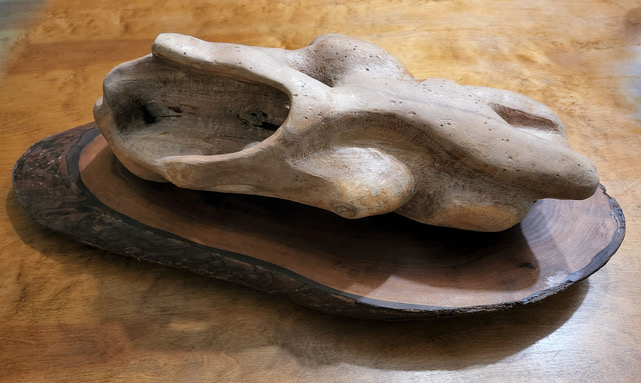 The Art Museum, University of Saint Joseph and the Fairfield University Art Museum are pleased to present “Gladys Triana: A Path to Enlightenment 1971-2021,” a simultaneous two-venue exhibition featuring the work of artist Gladys Triana, on view Sept. 23 to Dec. 17, 2022.

The exhibition will open with a weekend of events beginning on Friday, Sep. 23, with a public reception at the Art Museum, USJ in West Hartford from 5-7:30 p.m. On Saturday, Sept. 24 Fairfield University Art Museum will present a lecture by curator Adriana Herrera, followed by a reception.

Gladys Triana is a Cuban-born, New York-based, multi-disciplinary artist whose work rebels against authoritarian rule and the oppression of hegemonies. For decades her immersive installations, sculptures, drawings, and paintings reflected two axes around which her life turned and her art was nourished: her condition of having lived since 1969 in exile from her native island, and her stubborn, continuous exploration of the ontology of women. Her more recent videos and photographs reveal her discovery of an abstract language for transcendence.

This exhibition in two venues, running simultaneously at the Art Museum, University of Saint Joseph, and at the Fairfield University Art Museum, includes works from the 1970s to the present. In West Hartford, works in diverse media spanning a half century trace Triana’s path from work connected to women’s bodies and daily life, through her transition from the biographical and historical to the ultimate experience of spiritual freedom. The artwork at Fairfield will focus on her early years in New York, and her sense of exile and feelings of isolation. Both venues of the exhibition are supported in part by Benjamin Ortiz and Victor Torchia, Jr. At the Art Museum, USJ, partial support is provided by the Karen L. Chase ’97 Fund.

Fairfield University Art Museum executive director Carey Weber notes, “We are thrilled to be collaborating with the Art Museum, University of Saint Joseph – having two venues for this exhibition is allowing us to present close to 100 works created by Triana between 1971 and 2021. This is an amazing opportunity to place Triana’s artworks in dialogue with one another, and to offer overdue critical attention to her artistic practice in all of the many media in which she has worked in the course of her long and distinguished career.”

Ann H. Sievers, director of the Art Museum, University of Saint Joseph, adds, “We hope that the current exhibition, shared between academic museums – each with its own regional audience – will demonstrate the value in expanding the examination of an important artist’s work through two thematically organized venues. The West Hartford venue traces the artist’s transition from a focus on the ontology of women to abstract works of spiritual transcendence.”

An illustrated, bi-lingual, exhibition catalogue will be available at both venues.

Gladys Triana was born in Camagüey, Cuba in 1937, and has lived in New York City since 1975. Triana completed her B.A. at Mercy College in 1976, and M.A. at Long Island University in 1977. She also studied printmaking at San Fernando University in Madrid, Spain from 1970-1972. In 1957, Triana’s paintings caught the eye of artist Mario Carreño, Director of the Museo de Bellas Artes in Havana, Cuba. Carreño included her work in a group exhibition at the museum, marking the beginning of a long career for Triana, who has since been described as one of the most authentic and versatile Cuban artists of her generation.

Aluna Curatorial Collaborative is the curatorial division of Aluma Art Foundation, a non-profit organization created to promote a wide range of dialogues about artistic practice to foster an understanding of Latin American art. Adriana Herrera earned her PhD from Florida International University with an interdisciplinary dissertation in Literature and Art History. Her curatorial vision searches for the connection between intimacy and the collective, the personal and the social realms, and the interest for the need and possibilities of imagination. Willy Castellanos is an art historian, curator and photographer, with a degree in History of Arts from the University of Havana.