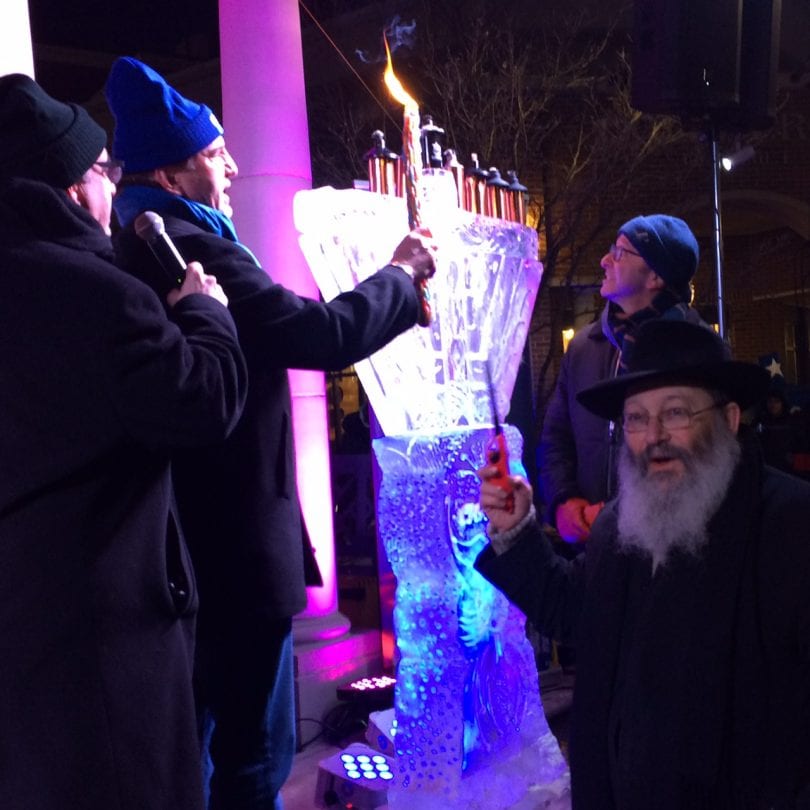 Hundreds braved the frigid temperatures Sunday night to gather in the courtyard of West Hartford’s Blue Back Square for the 10th annual ‘Fire on Ice’ Chanukah celebration hosted by Chabad of Greater Hartford.

The crowd of hundreds watched in awe as a master ice carver crafted a giant menorah from a massive block of ice, which was then lit by several members of the community to mark the sixth night of the Festival of Lights during the “Fire on Ice” Chanukah celebration in Blue Back Square Sunday.

Before fire met ice, however, the lit torch made its way down a line of five people, as it was passed from hand to hand, from one generation to the next. The torch was handed first to 95-year-old Ben Cooper who as a World War II combat medic participated in the liberation of the Dachau concentration camp, and was passed along through the “generations” to Charna Kaufman, Zach Marcus, Scott Steinmetz, and Rebecca Samuels.

The poignant ceremony culminated in the lighting of the Chanukah candles by community leaders Rabbi Philip Lazowski and his son Alan Lazowski, Bradley Hoffman, and Eric Zachs.

Rabbi Shaya Gopin, Chabad educational director, led the festivities, which was highlighted by live entertainment by the Rogers Park Band, an olive-pressing workshop, a Chanukah gelt drop (with help from the West Hartford Fire Department), 3-D dreidel printing, raffles, refreshments and, of course, lots of singing and dancing. 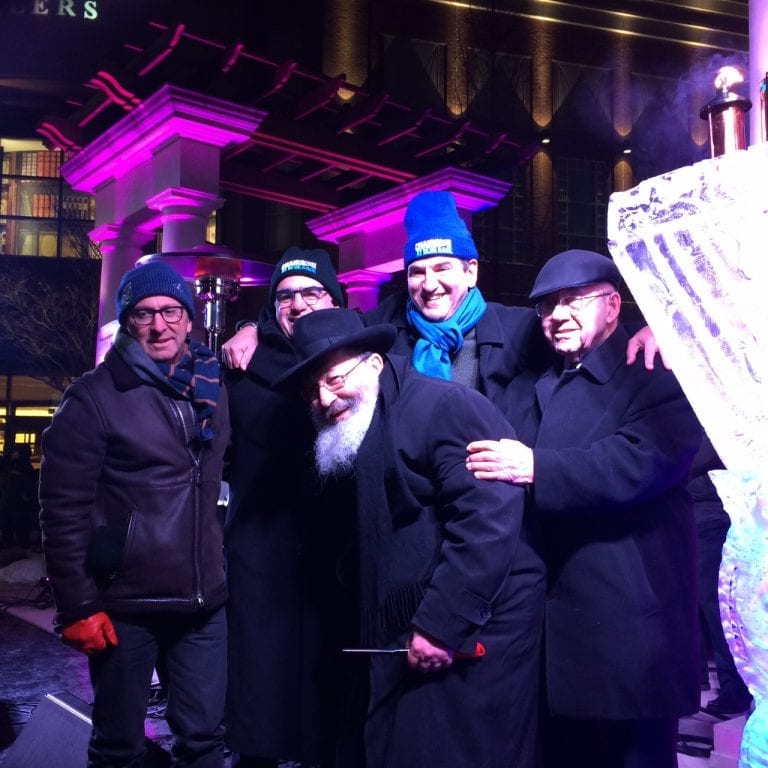 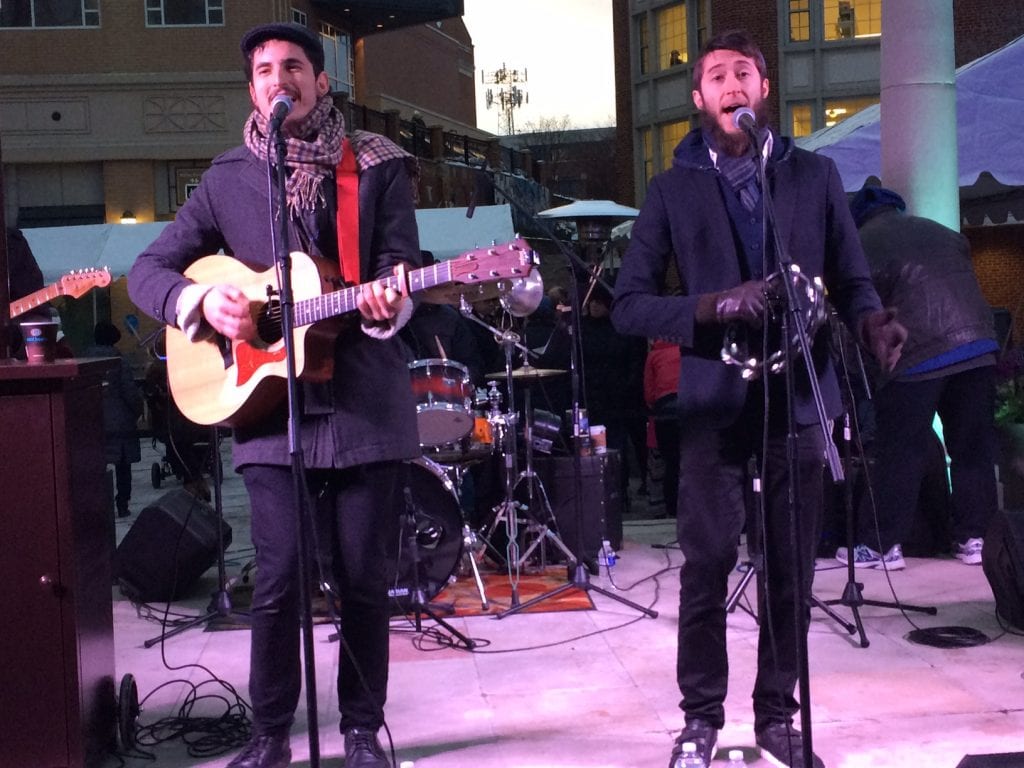 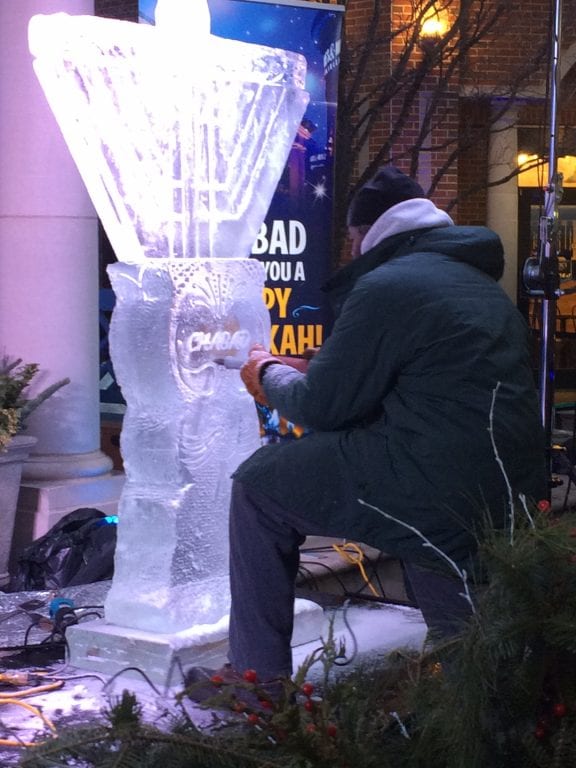 An 8-foot menorah was carved out of a block of ice by a master ice carver. Photo Credit: Judie Jacobson 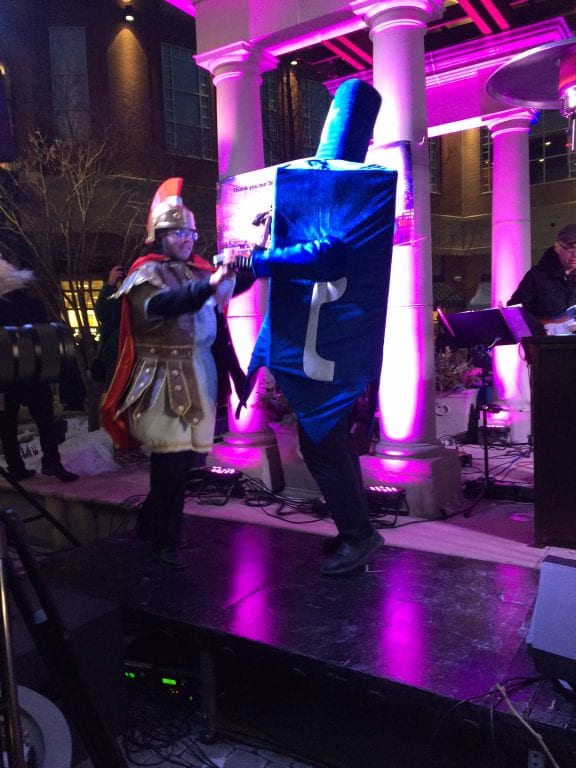 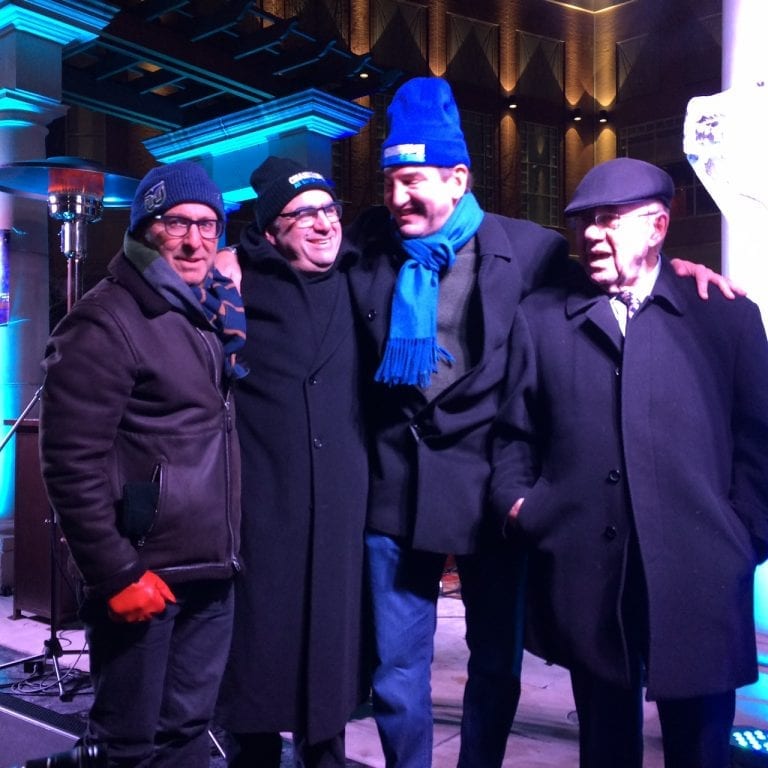 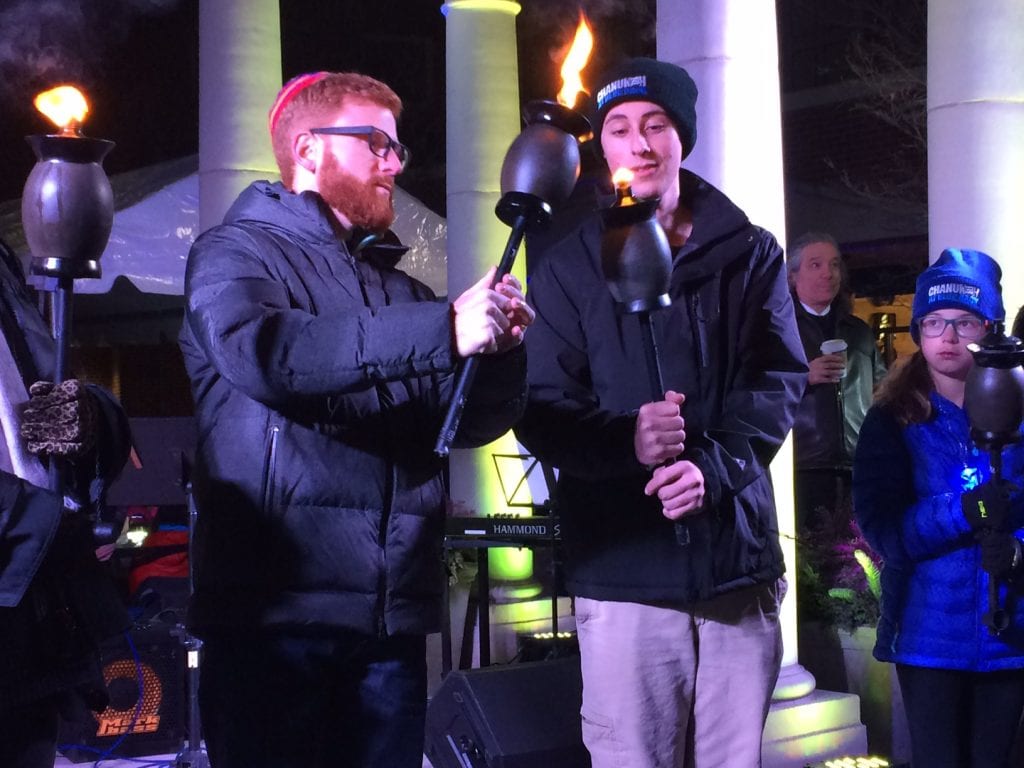 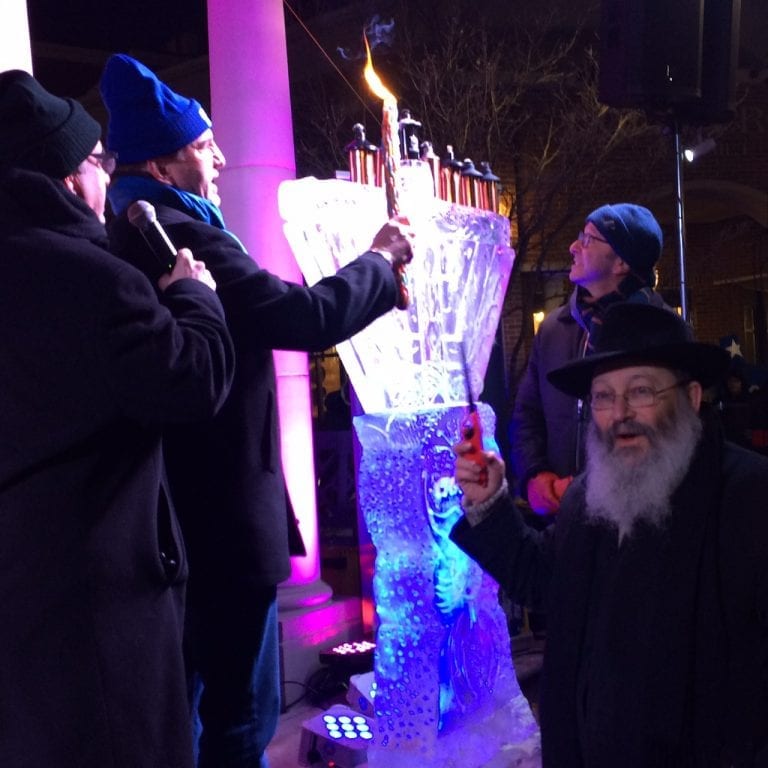 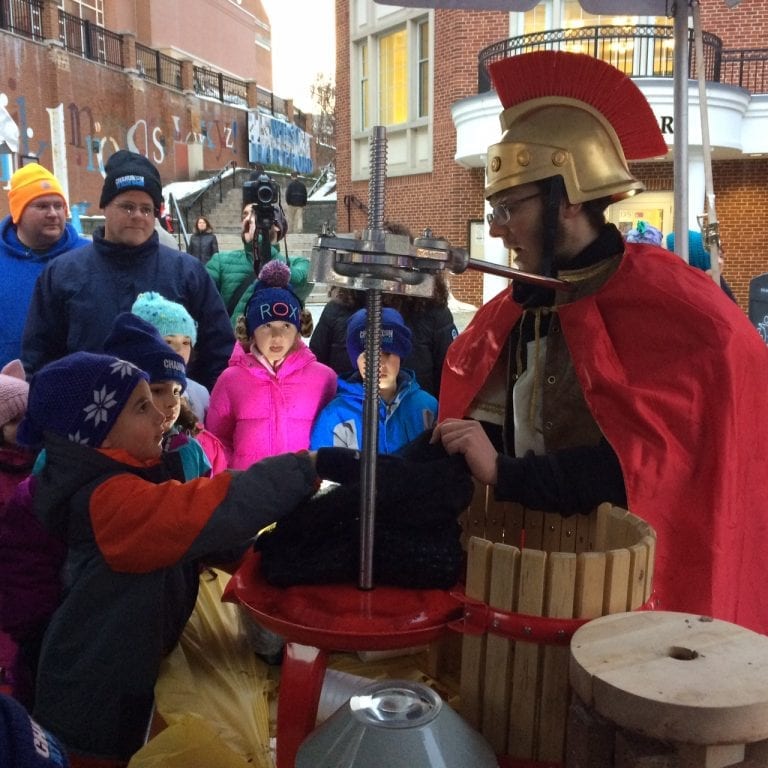 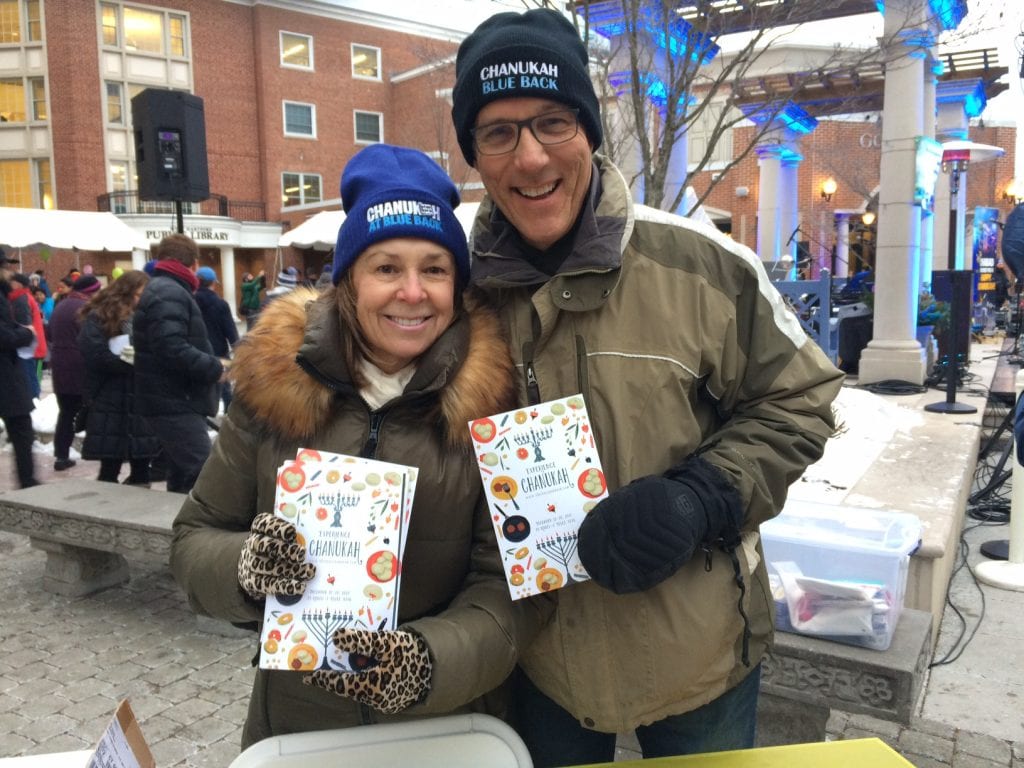 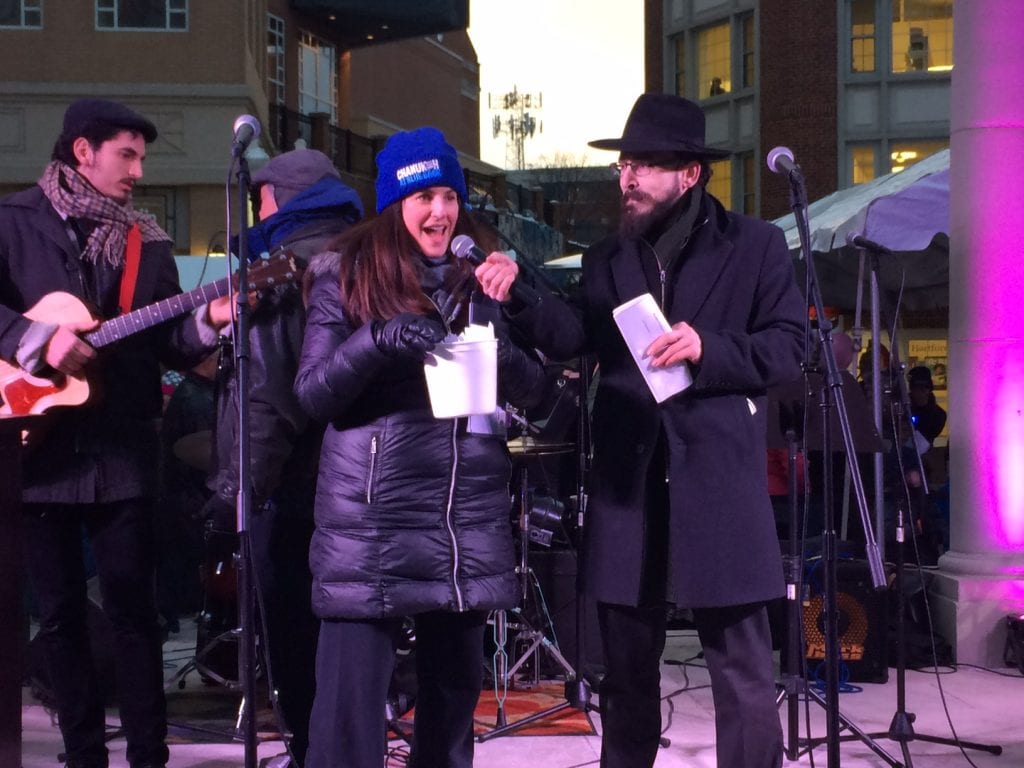