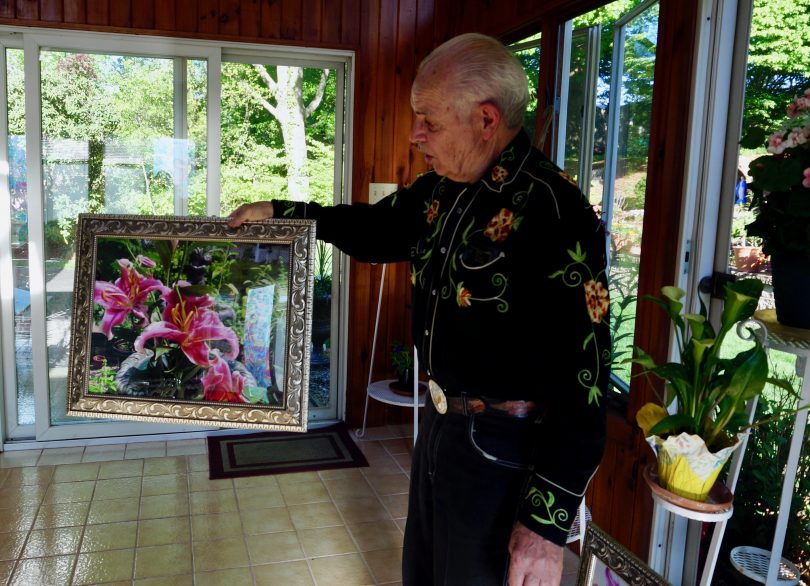 Peter Oddo holds up a photo of lillies, one of the more than 18,000 photos he has taken of his flowers over the years. He takes most of the photographs with his cellphone, and has them printed by Costco. Photo credit: Ronni Newton

Peter Oddo of West Hartford shares his hobby with others in the community in daily Facebook posts, and on June 25, at 3:30 p.m., he will host a free program at the West Hartford Senior Center. 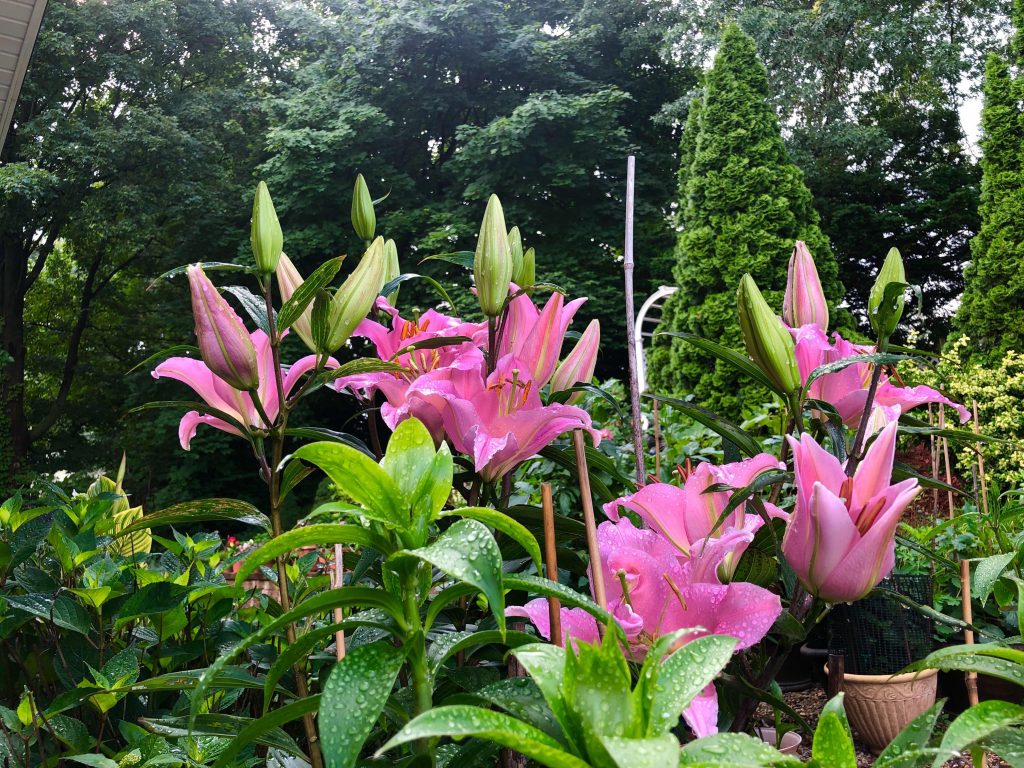 West Hartford resident Peter Oddo started gardening as a hobby decades ago as a break from the intensity of his job as a construction superintendent.

Oddo has lived in his cozy ranch house in West Hartford for 35 years, and the quarter-acre lot is brimming with hundreds and hundreds, if not thousands, of flowering plants –  too many to count, he said – dozens of different varieties in every color of the rainbow. 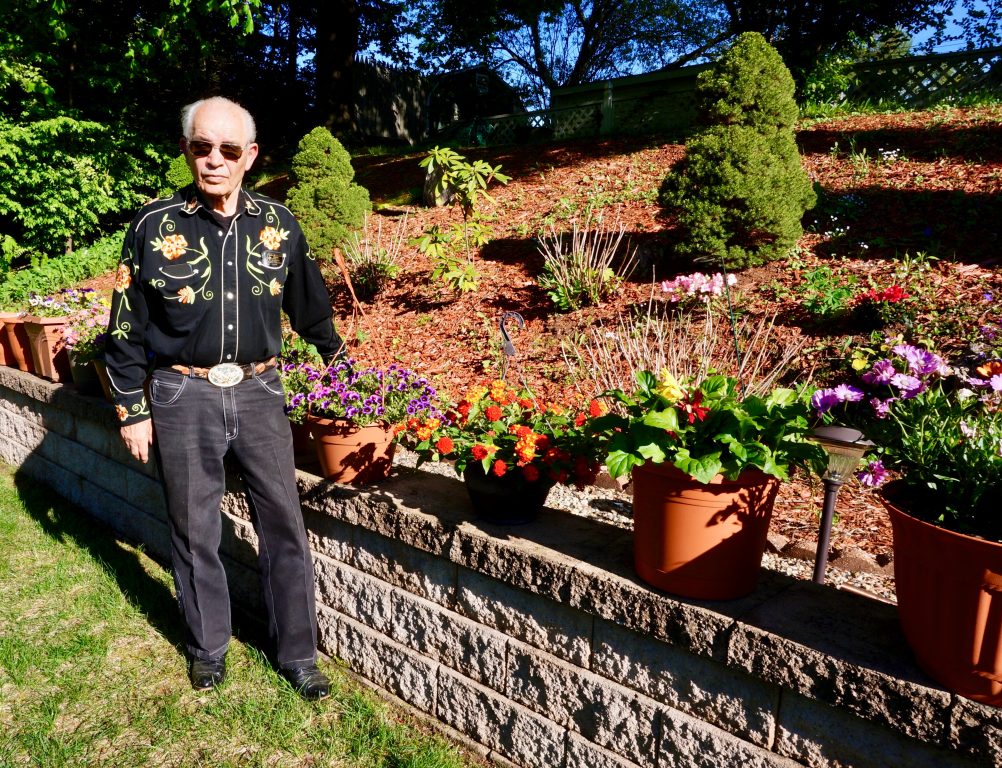 Peter Oddo, 81, stands in the backyard of his West Hartford ranch home, where flowers are planted in hanging baskets in early spring. By the time summer is in full swing, the entire yard will be blooming. Photo credit: Ronni Newton

Earlier this spring Oddo showed off his yard, but apologized that it wasn’t not fully ready for photographs yet. He pointed out the buds on the rosebushes along his front walkway that should burst in to bloom by early June. The front yard also features 35 hydrangeas, including several rare climbing hydrangeas, bearded irises, clematis, and lilies, even tree lilies.

While Oddo’s front yard already boasted an impressive display, even before the summer season really started, his backyard is a botanical celebration.

There are many species of lilies and dahlias. A fig tree. Cockscomb and sunflowers are growing already, started each year from seeds he harvests from the previous season’s dried flower heads. At the end of the growing season he cuts back the flowers and stores the pots in either the garage or the sunroom – an addition to the house that Oddo said he built just for his plants. Around February he starts watering again to prepare for the spring.

“The dahlias in Elizabeth Park won’t bloom until August, but mine will bloom in June,” Oddo said proudly.

Oddo buys flowers, too. As soon as stock began arriving for the spring season, he began scouring local garden centers and the regional market in Hartford to buy flowers for the dozens of hanging baskets perched on a stone wall in his backyard. There are pink and orange lantana, several varieties of petunias, osteospermum, zinnias. The backyard has a sloping hill, where several Catholic shrines have been placed that will soon be surrounded by flowers, as soon as Oddo can get them planted.

“I have 300-400 lilies,” Oddo said. Most are clustered in pots, so that he can move them around – which he does often to take advantage of the best light for photography – which has become a related hobby.

“I take almost all the photos with my iPhone,” Oddo said. He owns other cameras, but using his phone lets him always be at the ready to capture a shot of the sun’s rays in that perfect early morning light, or a Monarch butterfly perched in one of his pollinators.

Oddo said he’s taken about 18,000 photos and more than 700 videos of flowers from his yard, as well as from trips to Elizabeth Park and other places with floral displays. He’s printed many of his favorite shots at Costco, and some have been framed for display while others are stored in albums. He gives them away as gifts.

Oddo was born in Sicily, and came to Hartford with his family in 1947. The family moved around a bit, but eventually returned to the area. He has been married to his wife, Mary Jane, since 1961, and they have three grown sons and eight grandchildren.

His wife doesn’t like to garden at all, but Oddo said she does like it when he brings pots of flowers inside.

“My father loved flowers,” said Oddo, and was a stonemason. Oddo took after his father in his hobby, as well as his career.

“I was a construction superintendent,” Oddo said. “I used to build schools, and to keep my sanity I started gardening.

“I started in construction in 1959 and worked until 2008 when I retired for the first time at age 70,” said Oddo. “Most of my construction years were as project superintendent, starting in early 1971 at the UConn Health Center for two New York contractors and in later years for Standard Builders and Industrial Construction. Most of my projects were schools.”

EO Smith High School in Storrs, the West Woods Upper Elementary School in Farmington, and Bennie Dover Jackson Middle School in New London are among the projects he worked on.

“I retired five times and was called back to work five times,” Oddo said, laughing. After helping build the Hilton Doubletree in Bristol in 2012 and working on some renovations at Bristol Hospital for ACG North America, in 2016 he retired for good.

Oddo could certainly sell his seeds, his flowers, his photos, or his expertise for money, but he said he sees no reason to do that.

“I’m here for the joy of sharing my plants, my love of flowers.” He gives away prints, seeds, and seedlings, and it doesn’t bother him at all when people download his images from Facebook. He posts a gallery of photos on the Neighbors & Friends in West Hartford Facebook page nearly every day, just to brighten the day, to make people happy.

“I just want to be kind to everyone, and share my flowers.”

At age 81, Oddo shows no signs of slowing down. Several times a week he goes to Elizabeth Park for one of his twice-daily three-mile walks, where he checks out the flower displays. He also walks in Blue Back Square, and goes to Westfarms when the weather is bad. He said he averages 80,000-84,000 steps a week, which he tracks on his phone. He’s competing with his granddaughter, a student at Central Connecticut State University, to see who can log the most steps. “She can’t keep up,” he said.

Anyone interested in hearing more about Oddo’s flowers and photography are welcome to attend a free presentation on June 25, at 3:30 p.m., at the West Hartford Senior Center in Bishops Corner. Click here for more information or to register.

This story originally appeared in the June issue of West Hartford LIFE. 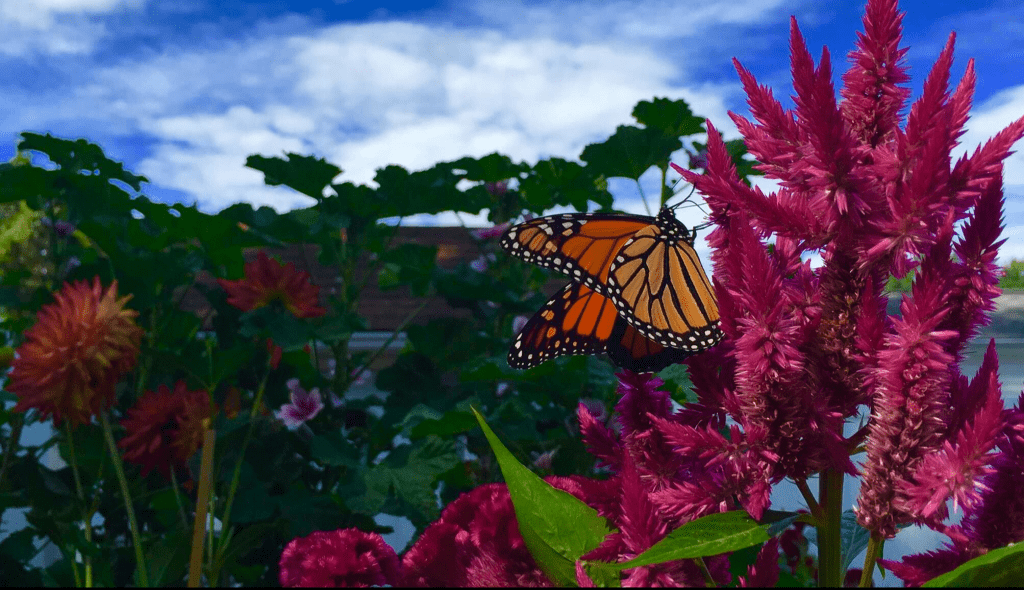 A Monarch butterfly perches on a butterfly bush in Peter Oddo’s backyard. Courtesy of Peter Oddo 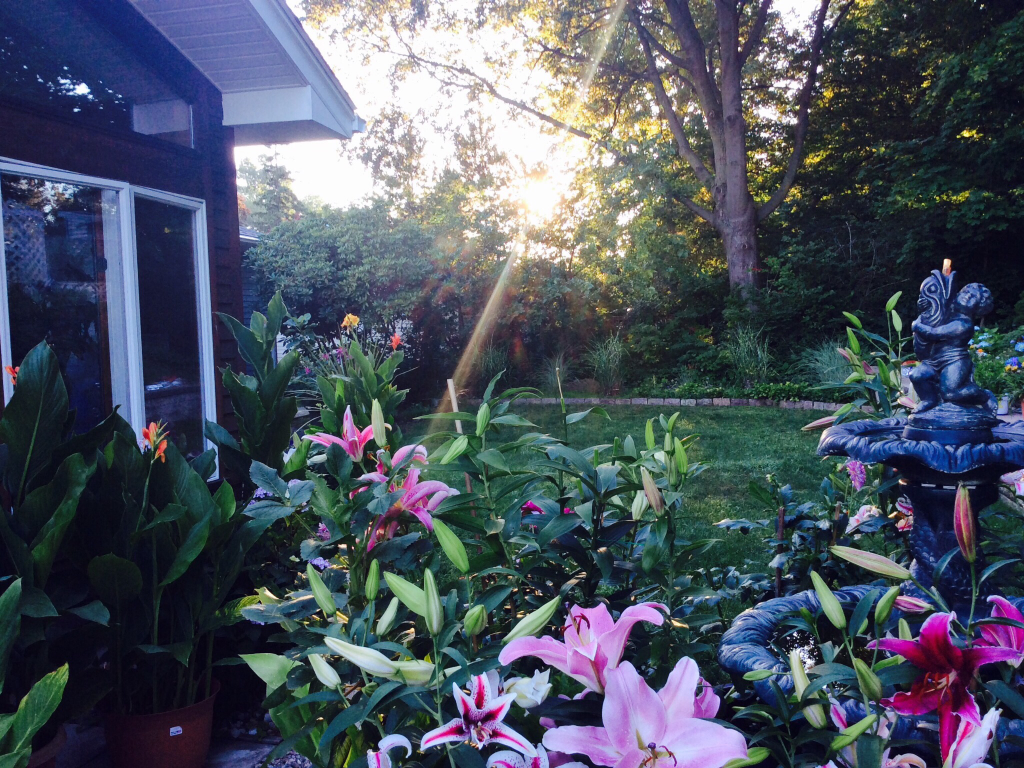 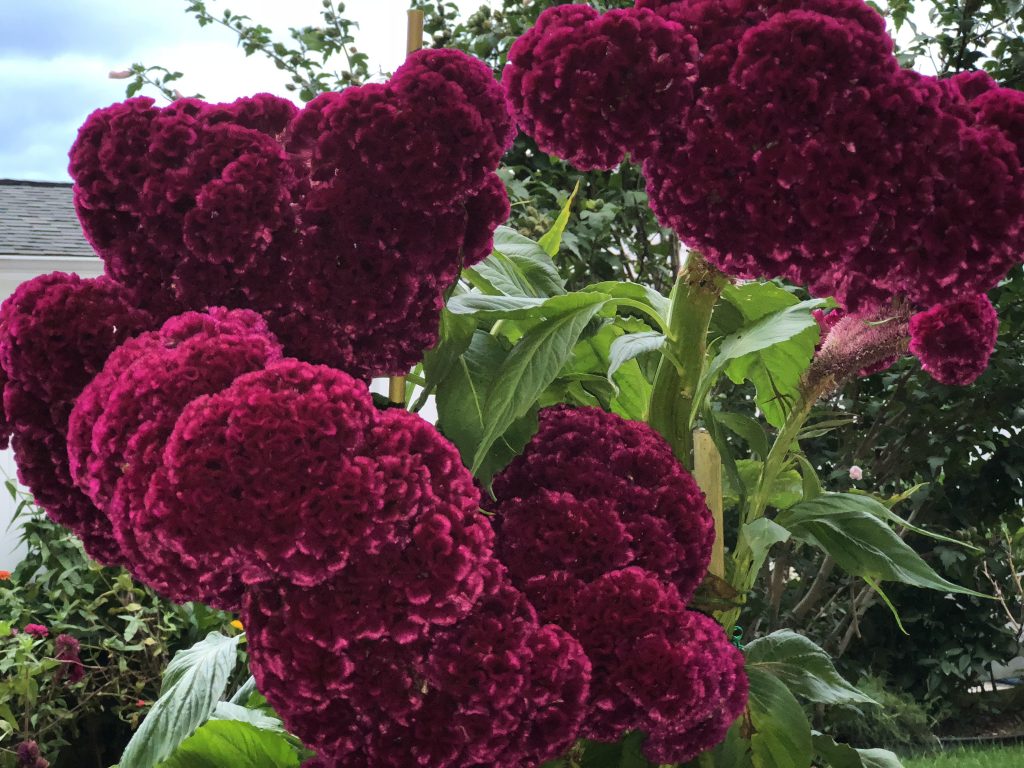 Peter Oddo of West Hartford grows hundreds of cockscomb in his yard, and harvests the seeds from the dried flower heads of his previous year’s garden. He shares them with anyone who expresses an interest – mailing packets of seeds to friends as far away as San Diego, Arizona, and Tennessee. Courtesy of Peter Oddo