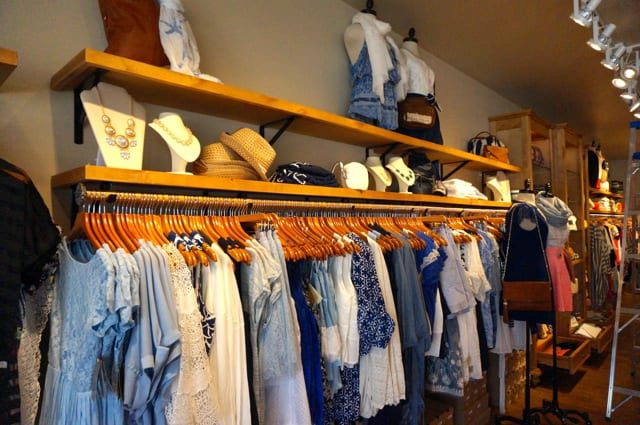 The boutique which offers trendy women’s clothing, accessories, and gifts, has its ninth Connecticut location with the opening of the Farmington Avenue store. 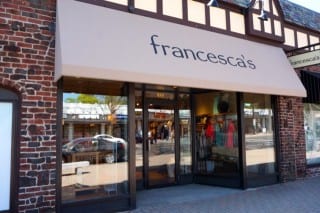 Francesca’s opens to the public at 985 Farmington Ave. in West Hartford Center on May 8, 2015. Photo credit: Ronni Newton

Beachy blue blouses, flowy dresses, and brightly-colored jewelry now fill the interior of a long-vacant storefront at 985 Farmington Ave. in West Hartford Center – new home to Francesca’s which opens to the public on Friday, May 8, 2015.

The eclectic boutique fills the space – formerly occupied by BGR: The Burger Joint, which closed in 2012 – with a mix of clothing and accessories that District Manager Jess Begin calls “unique, charming, and trendy, but also classic.” Begin said that the store doesn’t really cater to a “typical” demographic, and although the majority of customers in other Francesca’s stores are in their 30s and 40s, everyone from teens through women in their 50s or even 60s enjoys shopping there.

The merchandise turns over often to keep the store fresh, Begin said. Right now featured collections are “fun in the sun” with a selection of lightweight chambray blue piece as well as corals. There’s also a tribal-inspired collection featuring earth tones.

“We have maxi skirts, palazzo pants, shorts, flowy tops, gift items, purses, sunglasses, hats, jewelry,” Begin said, pointing around the store Thursday morning as displays were being given their finishing touches in preparation for Friday’s opening.

Begin said that Francesca’s doesn’t carry just one designer, but what they do carry is uniquely branded as theirs. And although the store is part of a chain, Begin, who manages all of the Connecticut stores as well as two stores in NY and one in Massachusetts, said that every store has a different set up and carries “a little different product.”

What may surprise many West Hartford shoppers is the affordable prices, with many costume jewelry priced under $10 and most tops, shorts, and pants under $50.

“We’re really excited to open here. Everybody’s been so friendly and welcoming,” Begin said of the other West Hartford Center merchants and people she has met while strolling around town. “I love the feel of this town – it’s a very trendy market, but not too urban,” she said.

The West Hartford Center store is the ninth Connecticut location for the chain, which has its roots in Houston where the first boutique opened in 1999. There are now more than 500 stores, including locations in Canton, Glastonbury, and Buckland Hills.

Francesca’s will open to the public at 10 a.m. on Friday, May 8, one day ahead of their planned opening. There will be a grand opening celebration on Saturday, May 9, and a BOGO promotion for Mother’s Day over the weekend.

The store will be open Monday through Saturday from 10 a.m. through 7 p.m., and 11 a.m. through 6 p.m. on Sundays. Stephanie Nash is the store manager, and the phone number is 860-231-1855. For more general information, visit their website. 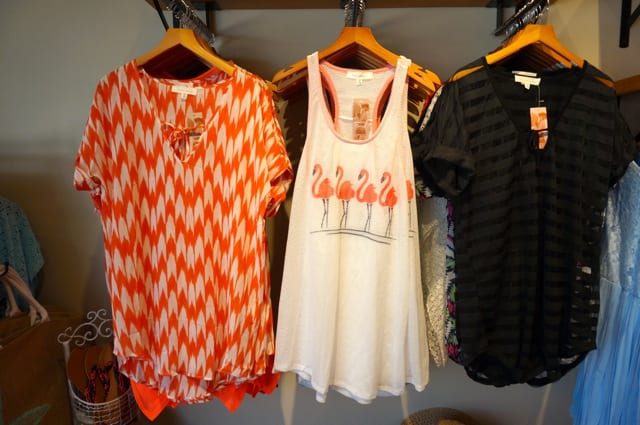 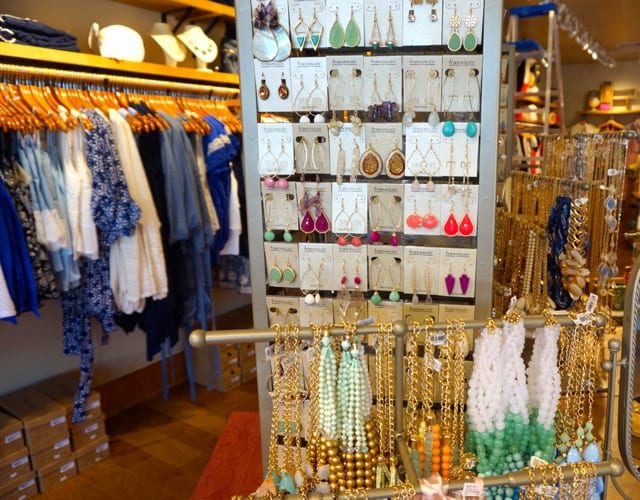 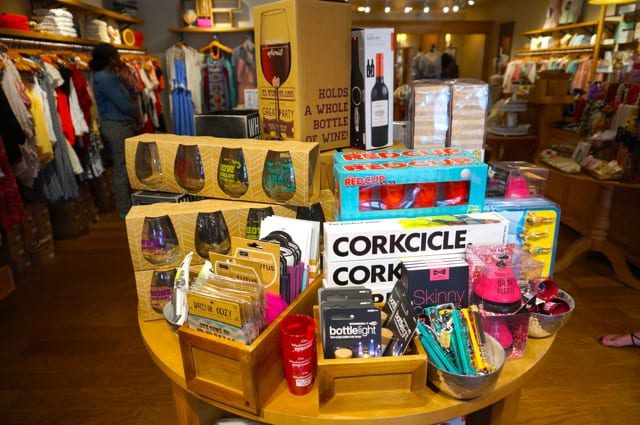 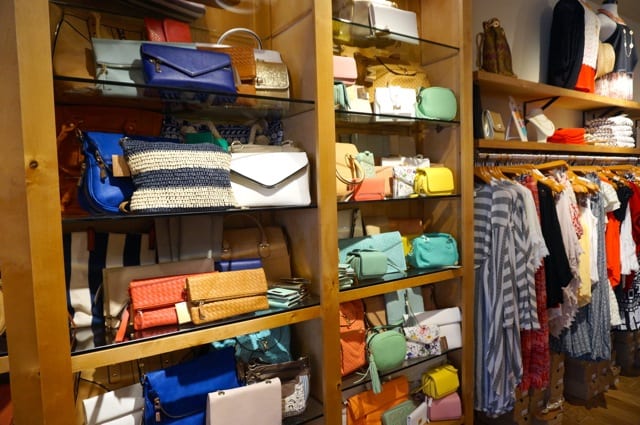 Purses in a variety of sizes and colors are available at Francesca’s. Photo credit: Ronni Newton 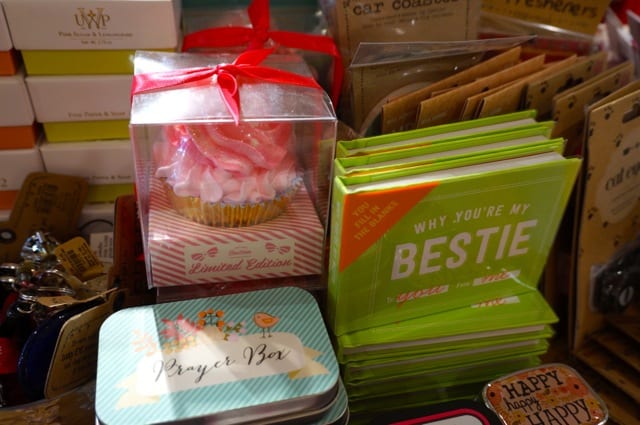 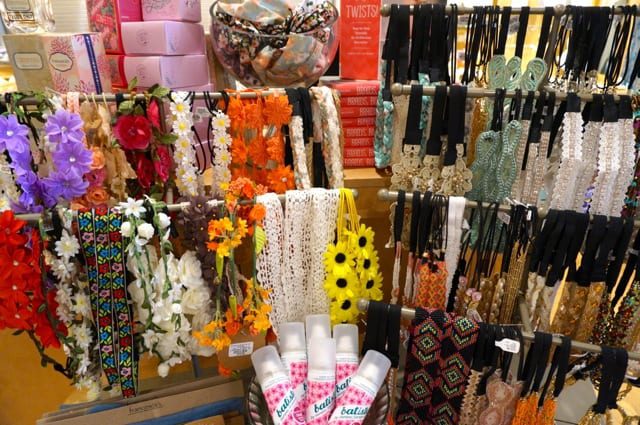 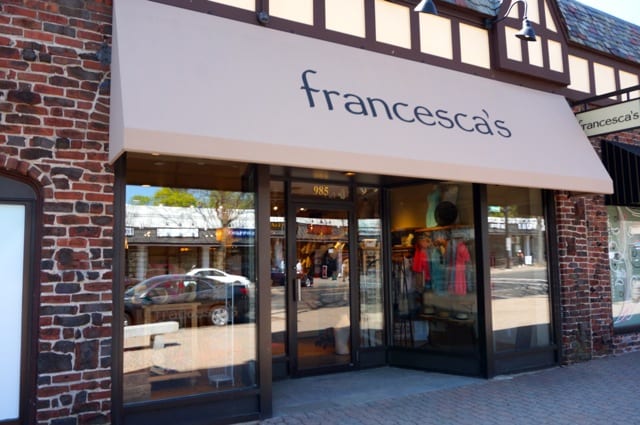 Francesca’s opens to the public at 985 Farmington Ave. in West Hartford Center on May 8, 2015. Photo credit: Ronni Newton