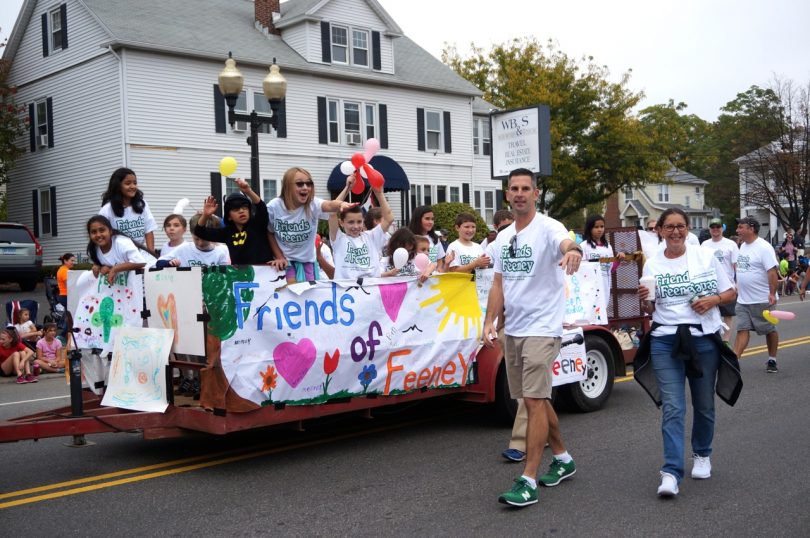 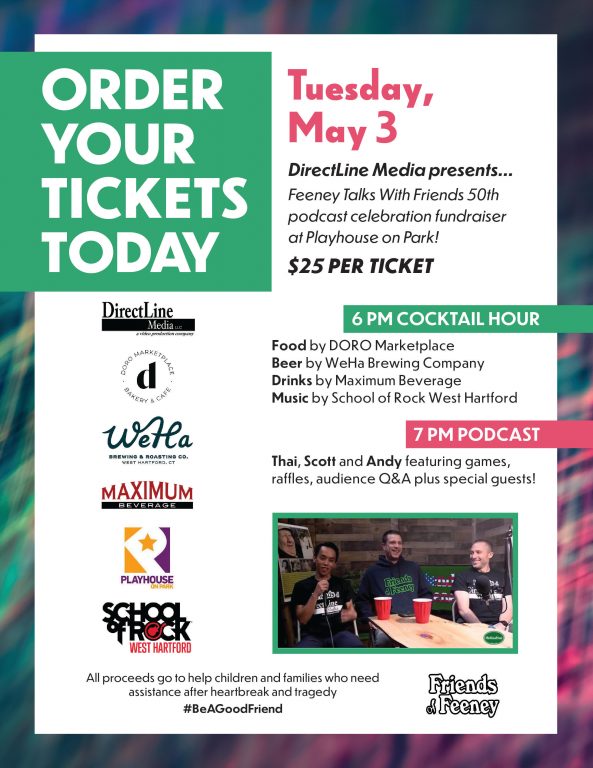 Eric Feeney’s mantra is “Be a Good Friend,” and the grassroots nonprofit organization that is the evolution of what was originally the Wolcott Elementary School third grade teacher’s desire to help the family of a student, continues to make a positive impact on the West Hartford community.

Feeney spreads his positive message at the Park Road Parade and anywhere and everywhere he can. “#BeAGoodFriend” has been turned into a hashtag – one that appears on car magnets, sweatshirts, hats, and even as a mural on the side of an Elmwood business. 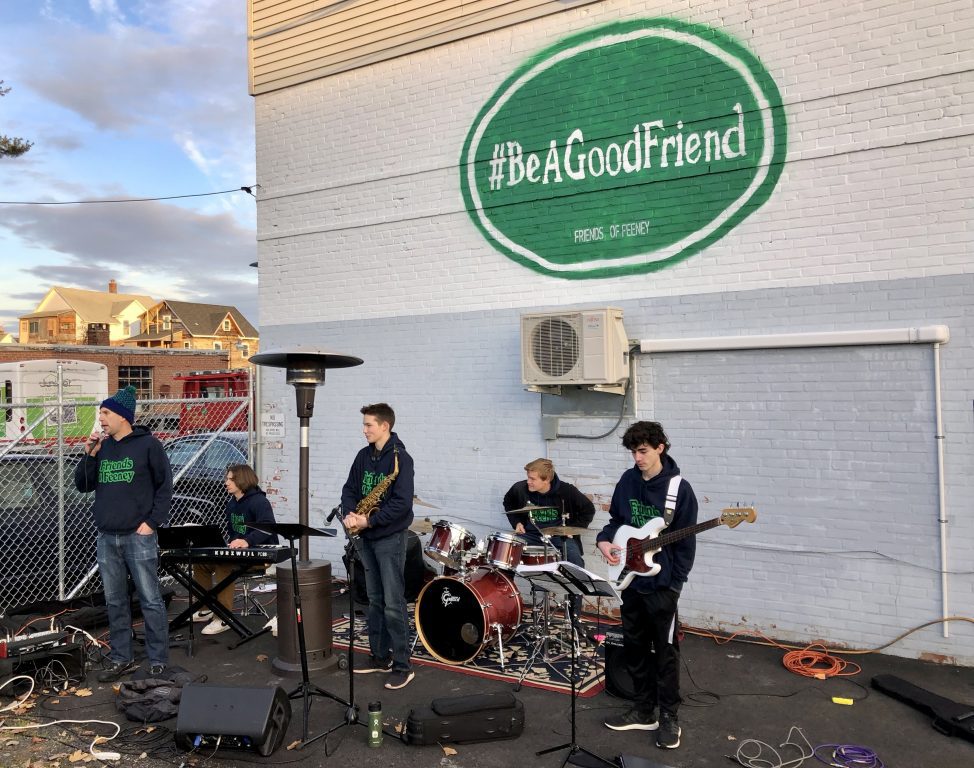 On Tuesday, May 3, Feeney is asking the community to “#BeAGoodFriend” and join him at a fundraiser at Playhouse on Park to raise money to assist local families in need.

“During my teaching career, I’ve experienced so much joy,” he said. “And sadly, I’ve also witnessed heartbreak and tragedy.”

After teaching elsewhere for a few years, in 2014 Feeney began his teaching career in West Hartford. Sam Sohn, a father of one of his Wolcott students, passed away unexpectedly, leaving behind four beautiful children and a loving wife, Nancy.

Feeney said he could see first hand the toll the tragedy was taking on the family as they tried to navigate their way through the loss. Then, the following year, another student in his classroom lost his father. Rashad Collier Sr. left behind two fantastic children and his loving wife, Denise, Feeney said.

The impact of these tragedies motivated Feeney to truly get involved, to do something to help, and with much support, he established a group called “Friends of Feeney.”

“The willingness and kindness of the community during the few first events has continued to fuel my inspiration,” Feeney said. As of today, Friends of Feeney has raised over $65,000 and helped 24 families in need who have experienced heartbreak or tragedy.

Feeney recently launched his “Feeney Talks with Friends” podcast, where he engages in conversation with members of the West Hartford community on a variety of topics, always talking about friendship and giving back. The 50th edition of that podcast will feature Thai Tran, Scott MacGilpin, and Andy Erlewein and will be recorded live at the May 3 celebration at Playhouse on Park.

The event begins with cocktail hour at 6 p.m., featuring food from DORO Marketplace, beer from WeHa Brewing and Roasting and additional beverages from Maximum Beverage, and live music from School of Rock.

The podcast recording will begin at 7 p.m., and will include games, raffles, and a Q&A with members of the audience and special guests.

Tickets are $25 each, and proceeds will further the mission of Friends of Feeney. Click here to purchase tickets.

The Board of Directors, which provides tremendous support of the mission, includes the following members: