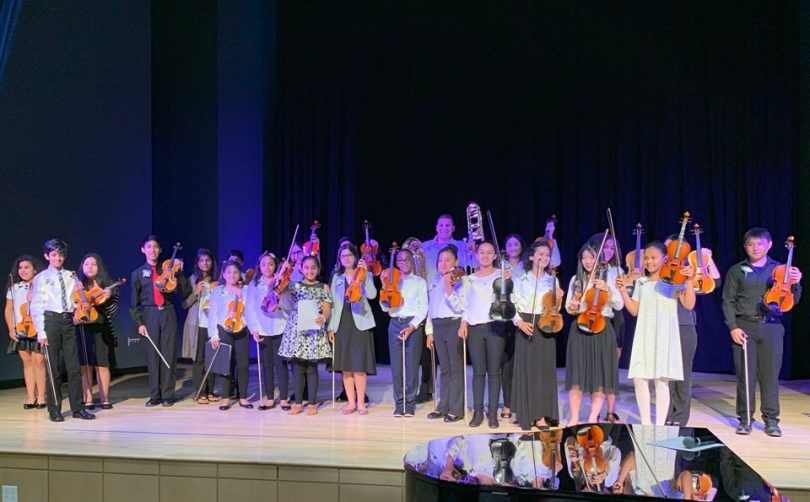 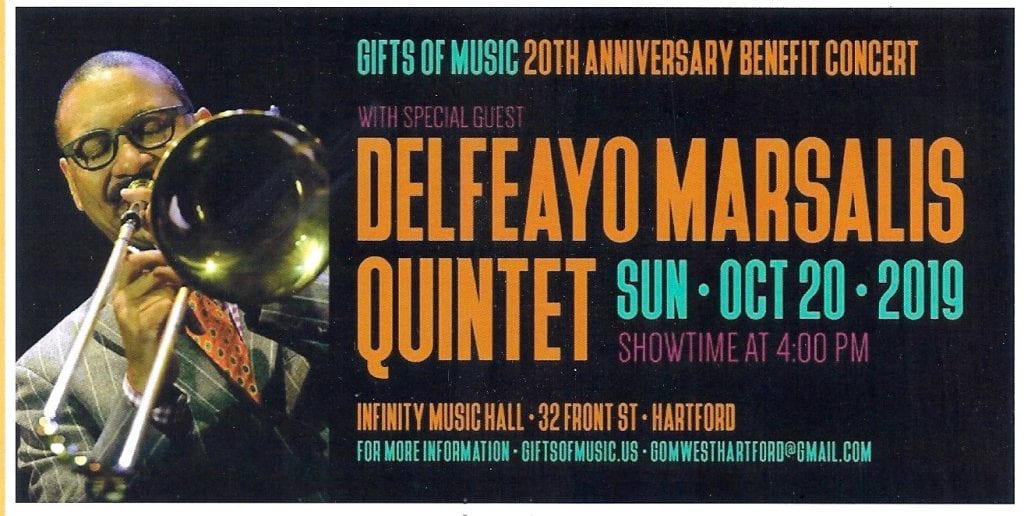 Twenty years ago a group of West Hartford parents, along with administrators in the public schools, banded together to lower the barriers for all children to take part in the town’s phenomenal music program which begins and is offered to all elementary school students in fourth grade.

Gifts of Music, a public-private partnership, began in 1999 to help fill in the gaps to provide a boost to children from less-fortunate backgrounds so they can excel in music. That year, about 20 children participated in either free or reduced-cost music lessons or had instruments provided to them to supplement instruction.

Two decades later, 200 students per year have received at least some assistance from Gifts of Music. The group will even do its best to arrange to have transportation provided to students so they can attend lessons. Gifts of Music has a “Sizzlin’ Suzuki” summer camp for violinists, with a total of 80 students taking part over the course of two sessions.

“We did that in collaboration with the West Hartford Public Schools and the Ellen Jeanne Goldfarb Memorial Charitable Trust,” said Haig Shahverdian, a member of Gifts of Music advisory committee who was formerly the department supervisor of Fine and Performing Arts for West Hartford Public Schools. “It’s kind of sweet. The three organizations combined to fund it. There were no restrictions on kids being able to pay. No one is denied at all. Most of it is free. Some kids pay on a sliding scale.”

All of which feeds into Gifts of Music’s goal.

“Our primary focus is just helping students pursue music,” Shahverdian said. “As the demographics of West Hartford have changed over years, there’s been more of a need for students to have help to get an instrument or have lessons.”

It’s axiomatic that music benefits students in more ways than just getting better at an instrument, Shahverdian said.

“The focus that’s required to play an instrument, the discipline, having one teacher focused on one student, having one person interested in what that student is doing and helping him or her to do better – that alone is so important,” Shahverdian said. “One of the things has always been a piece of this is understanding that making music or creating music is just good for the soul. It makes for a better person and a happy person.”

Shahverdian said the group does its best to take down any barrier for students to play instruments.

“Anything that might get in way – [obtaining an] instrument, lessons, making sure there is no need for transportation,” he said. “We also offer an after-school supervised practice program. We provide space for students be able to practice in case they don’t have one.”

All of this can’t be done without money.

Gifts of Music, which is supported by the West Hartford Public Schools, the Community Division of the Hartt School of Music, private donors, and the Hartford Foundation for Public Giving, is holding a 20th anniversary benefit concert headlined by the Delfeayo Marsalis Quintet at Infinity Music Hall in Hartford beginning at 4 p.m. on Oct. 20. Marsalis, according to the Gifts of Music website, “is one of the top trombonists, composers and producers in jazz today.”

The first-half of the event will feature students from West Hartford Public Schools, including the West Hartford Jazz All Stars, composed of the finest jazz musicians at Hall and Conard high schools, as well as the i Giovani Solisti, comprising the most advanced stringed instrument musicians from Conard and Hall high schools.

The quintet will play the second half of the show. There is a VIP meet-and-greet with the quintet, which will include hors d’oeuvres as well.

Tickets for the event are $40 for general admission, and $150 for VIPs. The hall seats 375 people, and the goal, of course, is for the concert to be sold out.

That Gifts of Music is celebrating 20 years of existence is a testament to the town and the group of parents and other volunteers who have contributed their time and resources.

“It’s pretty amazing to see what has happened,” Shahverdian said. “Some of the founders are still part of it. We have great board members; we are a donor-advised fund of the Hartford Foundation of Public Giving. All the administrative pieces are handled by the Hartford Foundation, which allows us to focus on the kids and making sure there are funds for them. Amazing help in the arts office as well.”

“We have incredibly generous donors that have gotten behind us,” Shahverdian said. “That’s really one of the reasons we’ve been able to expand.”

And the stories that come out of Gifts of Music are as impressive as they are numerous.

Shahverdian spoke of one student who had already reached high school when his teacher reached out for help from Gifts of Music.

“We provided lessons and he just thrived and thrived and thrived and got better and better,” Shahverdian said. “We received a letter from his private teacher that said what a pleasure it was to have this particular student and he’s going to college and he’s a non-music major, but he received a scholarship to play in the band at college. The kid came from a home that couldn’t afford an instrument or lessons. It’s made a direct impact. We made sure he had an instrument in college. The college provided him with one, but we offered to help out.

“We try to follow it through. We’ve all put in all this time and funding for a student, we hate to see them not be able to play if they don’t have an instrument. If there is a special case, we try to find the resources to help a student out and make it work.”

Hence the importance of that the Infinity anniversary concert is a success.

“We’re hoping people appreciate what we’re trying to do and are supportive of it,” Shahverdian said, noting the efforts of Steve and Carol Kaplan and Ellen and Clem Sayers for organizing the 20th anniversary benefit concert. “The need is not going to get less. It’s just not that way. The schools can only do so much.”

Prior to the concert, a special reception for donors will include a “meet and greet” with Delfeayo Marsalis. Hors d’oeuvres and drinks will be served. Doors open for this event at 2:30 p.m., and all guests at the donor reception will also enjoy premium seating for the concert on the mezzanine level following the reception. Tickets for the donor reception and the concert are $150 and can be purchased here.:

General admission tickets are available on the Infinity Hall website here. Convenient $5 parking is available in two garages adjacent to the venue.

For more information on Gifts of Music visit giftsofmusic.us.