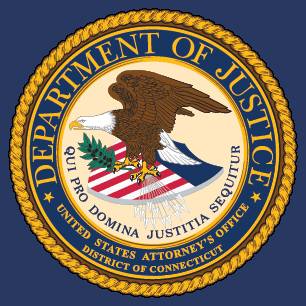 A Hartford man was found guilty Wednesday on charges related to his role in the 2009 kidnapping and murder of Charles Teasley of West Hartford.

The trial before U.S. District Judge Stefan R. Underhill began on Oct. 15 and the jury returned the guilty verdict this afternoon.

This matter stems from an investigation conducted by the FBI’s Northern Connecticut Violent Crimes Task Force, Hartford Police Department, and the Cold Case Homicide Unit of the Office of the Chief State’s Attorney.

According to evidence presented during the trial, on Jan. 12, 2009, Hartford Police responded to Colebrook Street in response to a 911 call concerning a dead body being found in the back seat of a vehicle parked on the street.  Upon arrival, Charles Teasley was found dead in the back seat of his own vehicle, a 1999 Acura TL.  He had suffered multiple gunshot wounds to his head and face, and his hands were zip-tied behind his back.

The investigation revealed that Harold Cook, Gerund Cook, Terrell Hunter, and Jesus Ashanti were involved in committing armed robberies of persons they believed to be drug dealers operating in the greater Hartford area.

On Jan. 9, 2009, Lee advised Cook that he had arranged to conduct a cocaine transaction with Charles Teasley, also known as “Man.” Lee provided the particulars of the planned transaction to Cook so that Teasley could be kidnapped and robbed of drugs and money.

After Lee met with Teasley at the approximate time and location he had provided to Cook, Cook, Mickens, Hunter, and Ashanti went to the location and kidnapped Teasley by using zip-ties to bind his hands and forcing him back into the rear seat of  his own vehicle. In the vehicle, they threatened Teasley at gunpoint, assaulted him, and forced him to make a telephone call directing his girlfriend to bring to Cook, Mickens, Hunter, and Ashanti a safe that Teasley had kept at his and his girlfriend’s West Hartford residence.

They drove to the residence and acquired the safe. Cook, Mickens and Hunter then drove Teasley to the Colebrook Street area of Hartford, and Ashanti followed them in a separate car. On the way, Hunter and Cook shot Teasley in the head causing his death.

After arriving on Colebrook Street, Cook, Mickens, and Hunter left the Acura and Teasley’s body, and then fled the area in the car driven by Ashanti.

On August 21, 2018, in a separate trial in Bridgeport, a jury found Cook, Mickens, and Hunter guilty of these three offenses.

At sentencing, each defendant faces a mandatory term of life imprisonment without parole.