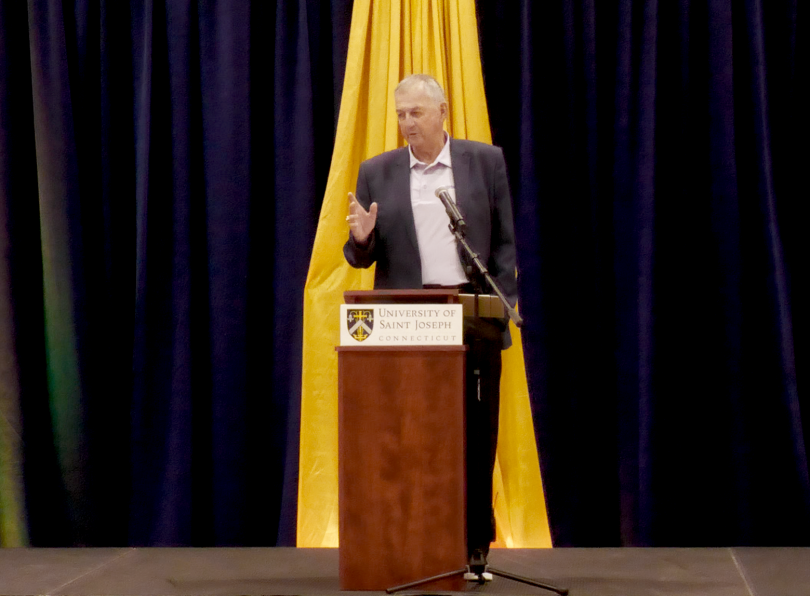 Hall of Fame Coach Jim Calhoun speaks at the University of Saint Joseph in West Hartford on May 5, when the school announced the naming of the gym in his honor and the establishment of the Calhoun Legacy Fund. Courtesy photo

The University of Saint Joseph Community gathered in West Hartford Thursday night to celebrate the naming of the school’s gymnasium after Hall of Fame Coach Jim Calhoun, and the establishment of a legacy fund. 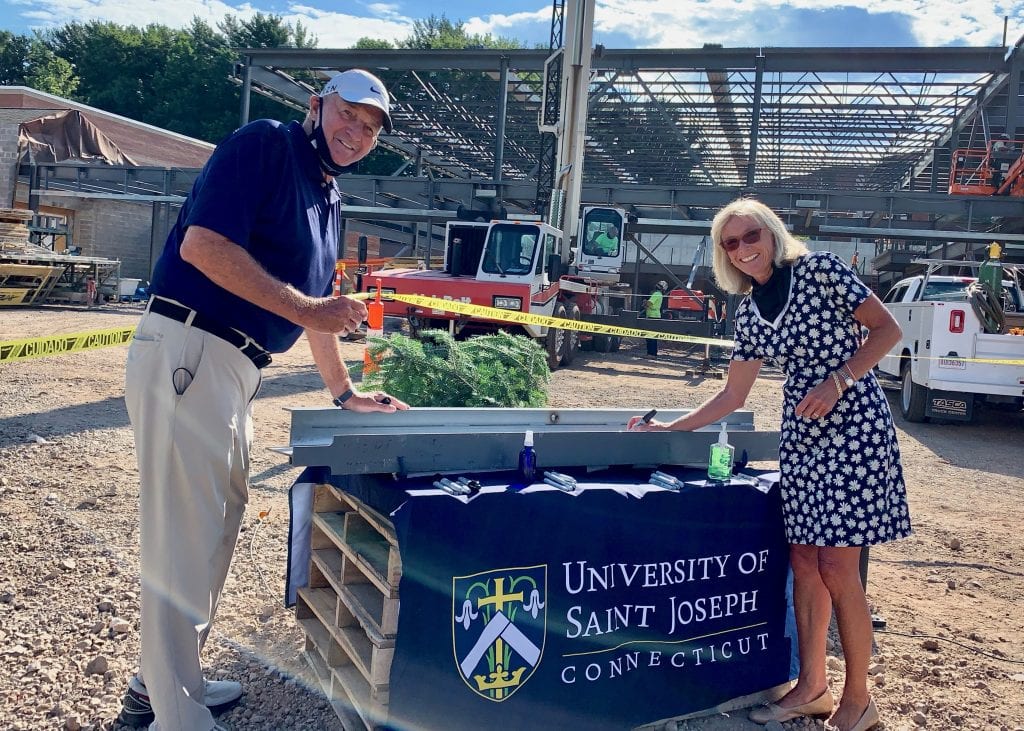 Jim Calhoun stepped down as coach of the University of Saint Joseph men’s basketball team in November, but his legacy at the West Hartford school will live on with the announcement Thursday that the newly-constructed gymnasium will be named in his honor.

USJ President Rhona Free announced the naming of the “Hall of Fame Coach James A. Calhoun Gymnasium,” which will be officially dedicated at the start of the 2022-2023 basketball season.

“The University is recognizing Coach Calhoun’s role in the successful transition to coeducation, the establishment of a Championship men’s basketball program, the construction of a top-tier gymnasium and his life-long commitment to supporting the academic success of students,” USJ said in an announcement. In September 2017, it was announced that Calhoun had been engaged to help USJ build its men’s basketball program, one of a handful of teams that would be launched as the school began to admit men as undergraduates for the first time in its 85-year history. 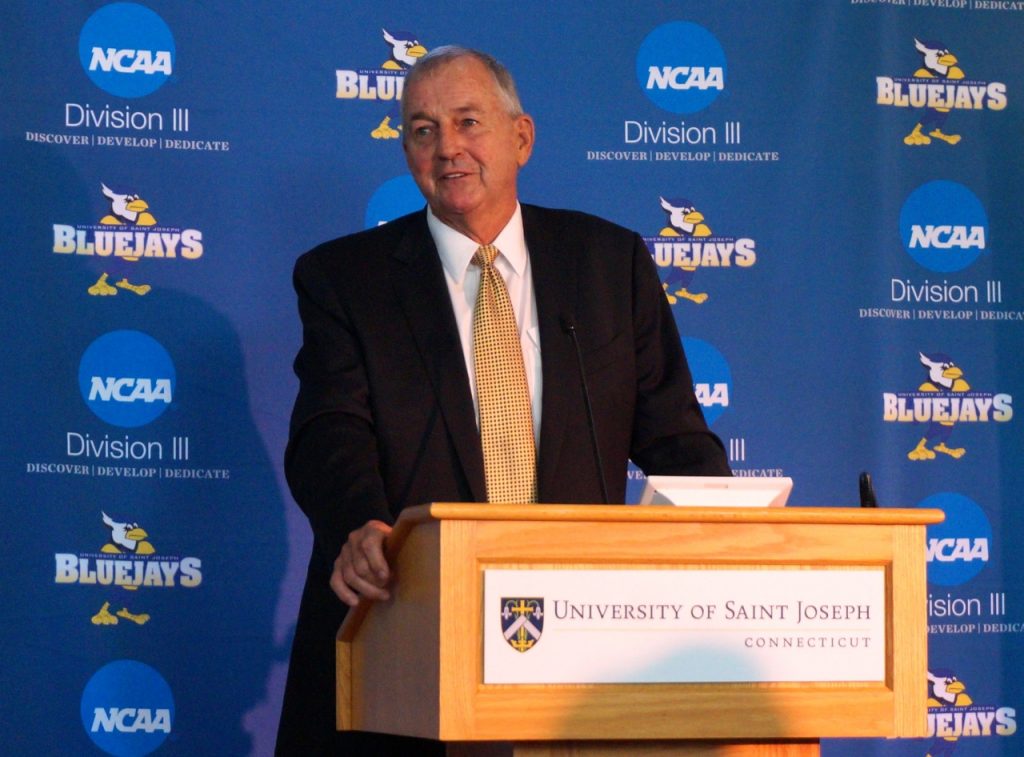 In September 2018, Calhoun officially inked his contract to become the team’s head coach. The fledgling team earned a spot in the Great Northeast Athletic Conference (GNAC) championship game that very first year, and went 26-3, winning the GNAC championship title and advancing to the NCAA Tournament in the second year.

When he took over as head coach, USJ President Dr. Rhona Free said Calhoun told her the university’s existing gym was “charming.” She agreed an expansion was needed, and with Calhoun’s support and inspiration, a greatly-expanded and renovated state-of-the-art O’Connell Athletic Center was dedicated in September 2021. 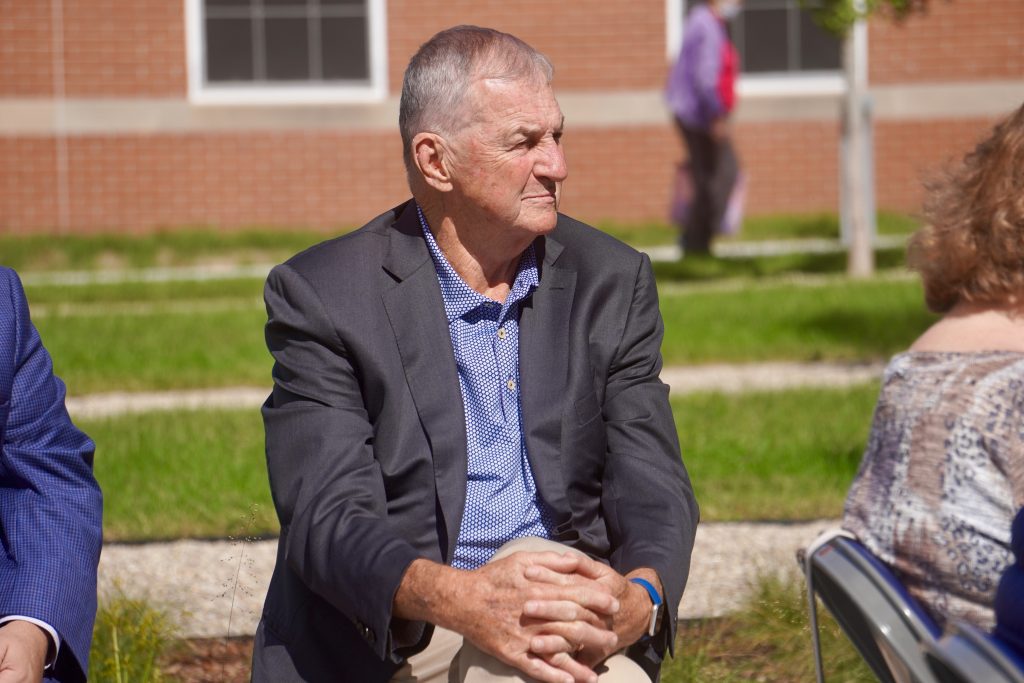 On Thursday, Free also announced the establishment of the “The Calhoun Legacy Fund,” which “expand USJ’s capacity to welcome talented students from a broad range of socio-economic backgrounds and provide them with the tools necessary to succeed in USJ’s challenging academic programs.” The fund will support scholarships, academic assistance, and improvements to facilities, continuing Calhoun’s transformative work.