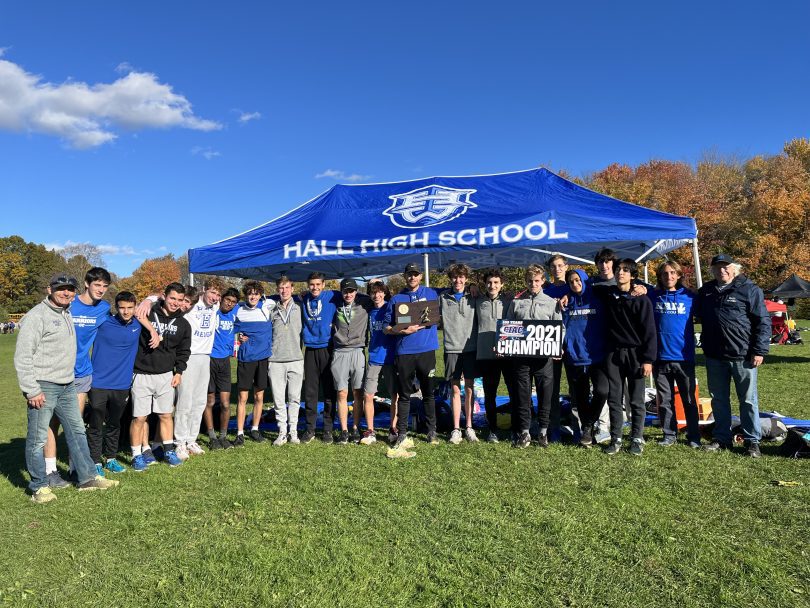 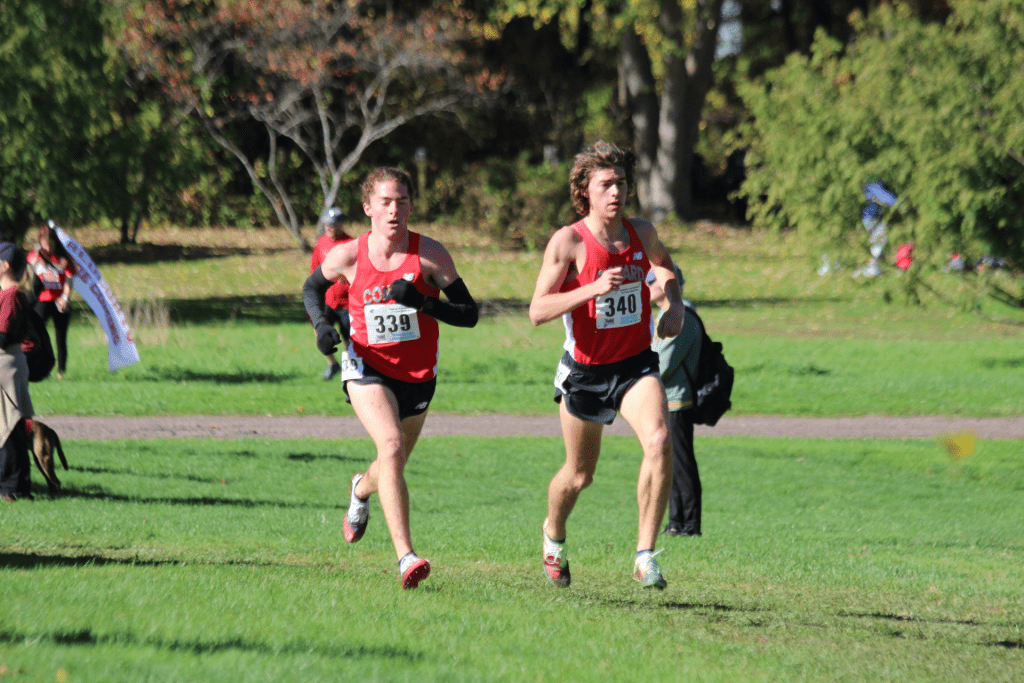 Hall High School boys cross country coach Jeff Billing wasn’t counting on his team winning the Class LL Championship, or even taking second place, but his young team banded together, supported each other, and far exceeded expectations to end up with the division title – the team’s first ever – on a muddy Wickham Park course.

“It was kind of a dream day for us,” Billing said.

Coming into the meet he had hoped the team, with most members new to varsity this season, could finish in third or fourth place behind Ridgefield and Staples.

Manchester’s Aidan Puffer, a senior and one of the top runners in the country, was expected to win the Class LL race, which he did in 15:51. Billing did think that Hall’s No. 1 runner Walker Beverly, a senior and Division 1 prospect, could take second place – which is what he did, finishing in 16:29 – but the rest of the team was virtually untested.

“We graduated or lost nine of our top 10 runners from last year,” said Billing. Many graduated, one is recovering from a knee surgery, and another decided to play football this fall. “The next group of guys, sophomores and juniors, have just gotten better and better all year long.”

All five of the runners who scored for Hall were among the top 20 finishers.

With Beverly out in front, the rest of the Hall team ran most of the race in pairs, pushing each other. Sophomore Isaac Mahler finished in eight place (17:05) and junior Avery Allen was ninth (17:06). Junior Ethan Striff-Cave finished 14th in 17:22, and junior Nathaniel Aronson was 20th in 17:34.

“It was really cool teamwork. They really run together as a pack,” Billing said.

“Hall has a pretty storied running program, but has never won a cross country title,” Billing said. They’ve won eight state titles in indoor and outdoor track, and have taken second place in cross country, but winning essentially requires all five runners to have their best days.

The Hall boys finished with 53 points, followed by Ridgefield with 77 points.

The Hall girls are coached by Betty Remigino-Knapp, and her husband, Ron Knapp, also had a great day at Wickham Park.

Conard seniors, twins Gavin and Callum Sherry, finished first and second place in the Class L race. Their times of 15:25 and 15:38 respectively were also the top two times of the day. The Conard team finished in fifth place. 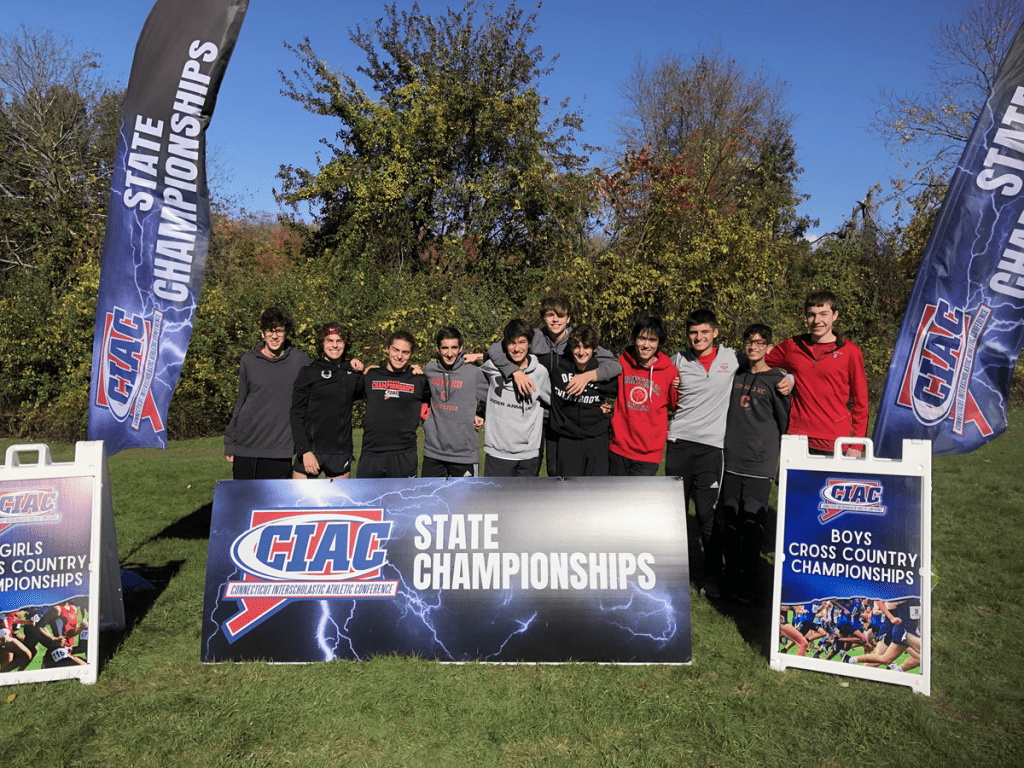 Conard boys at the Class L state cross country championship meet. The team will move on to the State Open on Nov. 5. Photo courtesy of Ron Knapp

“At the start of the season I knew it was going to be difficult to manage this team to achieve our goal of returning to the State Open for several reasons,” Knapp said. “The main reason was how to progress two of the nation’s best in Callum and Gavin Sherry while in the company of two seniors, one junior and three to four sophomores with no experience from the 2019 LL Championship team.”

To add to that, Knapp said, the team has battled injuries and random sickness throughout this fall, with Monday being the first time an entire healthy team was ready to run.

“Well, the boys did it,” Knapp said. “They believed to succeed and overcame their fear of any limits they had put on themselves.

“I couldn’t be more proud of these young men for their achievement today, a total team effort from first to seventh man where every second counted for us,” he said.

Billing said the State Open is going to be tough, not only facing Ridgefield and Staples again, but also Xavier, which handily won the Class L championship.

Marlena Pegolo, a junior, was the top finisher for the Conard girls, who finished 17th overall in class LL. She finished 56th, in a time of 22:47.

More information about the boys and girls cross country championship meets can be found here on mysportsresults.com.