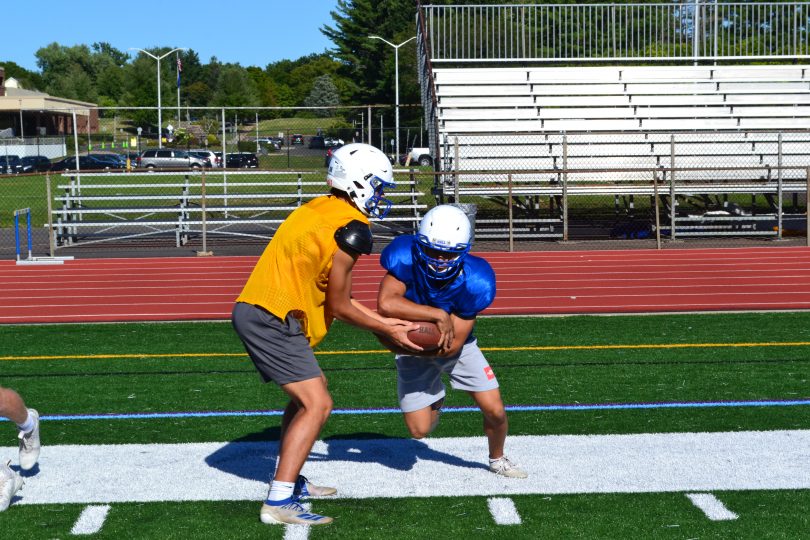 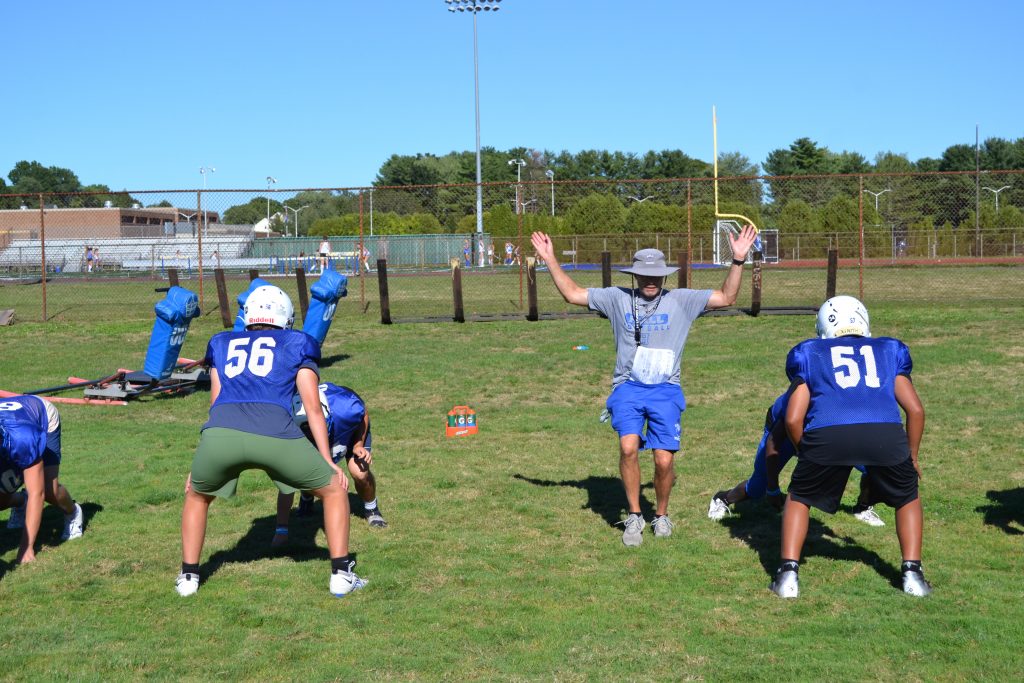 Coach Frank Robinson brings a record of 101-65 into this season at Hall. Photo credit: Paul Palmer

The new season brings many changes to this year’s Hall High football team. They will now be known as the Titans after the West Hartford Board of Education voted in June on new nicknames at Hall and Conard, eliminating any remaining association with Native American imagery.

On the field, coach Frank Robinson is dealing with a young group of players, having lost 27 seniors from last year’s 9-2 team that made it to the Class LL Quarterfinals. 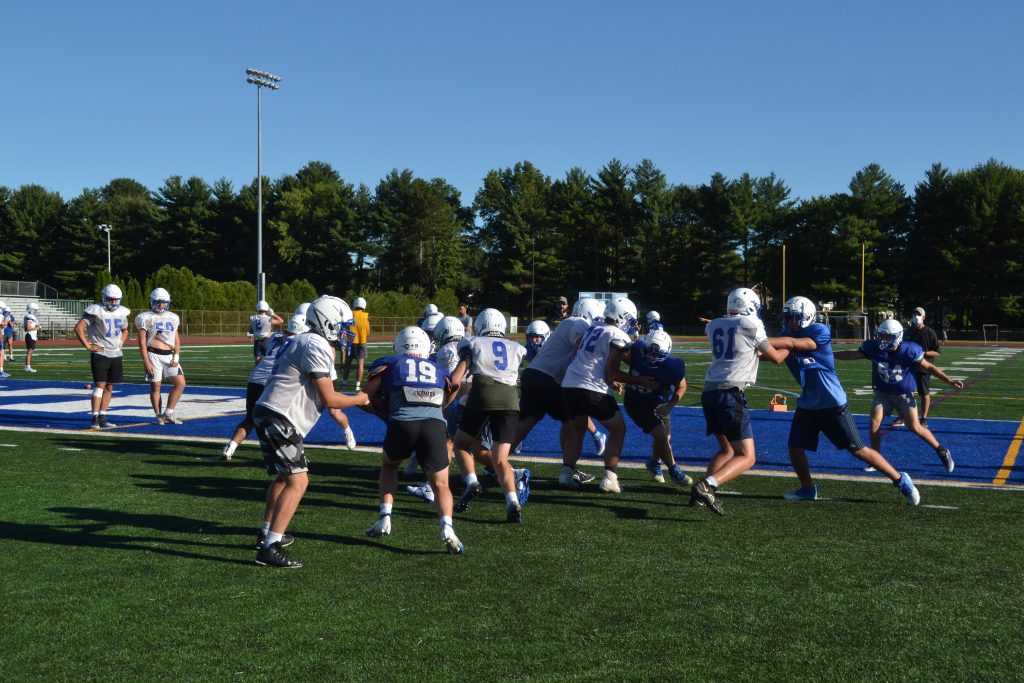 The 2022 edition of the Titans returns fewer than 10 starters from last year’s team and faces one of the toughest schedules the team has had in years. They open with Fairfield Ludlowe at home this Thursday, but then go on the road at Southington, Ridgefield, and Maloney. “It is one of the most challenging schedules in my tenure,” said Robinson, now in his 17th season.

On the offensive side of the ball, junior Bode Smith will be the starting quarterback, replacing departed senior Elijah Salomons. His coach says that while Smith did get some reps last year in games, he will be learning as he goes. 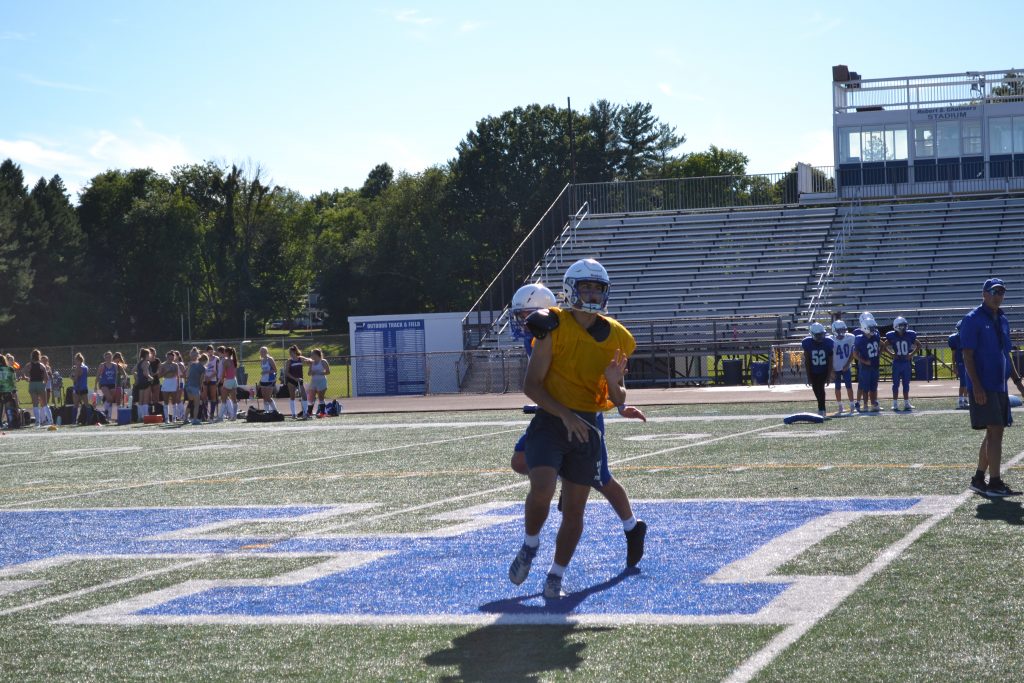 Another big hold that will need to be filled is at running back. With the departure of All-State Leo Perreira, who is now at Franklin Pierce College, Hall needs to find a way to replace his nearly 1,200 hundred rushing yards and 21 touchdowns from a season ago. The team does return  senior wide receiver Angelo Culmo who had 452 yards and 6 touchdowns last season.

Robinson believes the success will start upfront with some of his returning players. “Our returning lineman Max Jewett and others, it will be huge that they perform. If we can run the ball like we did last year, we can be in games.”

Senior nose guard Eric Diaz and linebacker Hudson Hollander will anchor the defense along with Grant Kanaga. “We have to be ready from the get-go,” Robinson said . “The expectation is we need to be ready to go.”

Robinson also knows that losing 27 seniors means losing team leaders, but he believes the spirit is already there. “We have leadership from our seniors, and we need them all to do it. It oozes down to the juniors from there,” said Robinson. 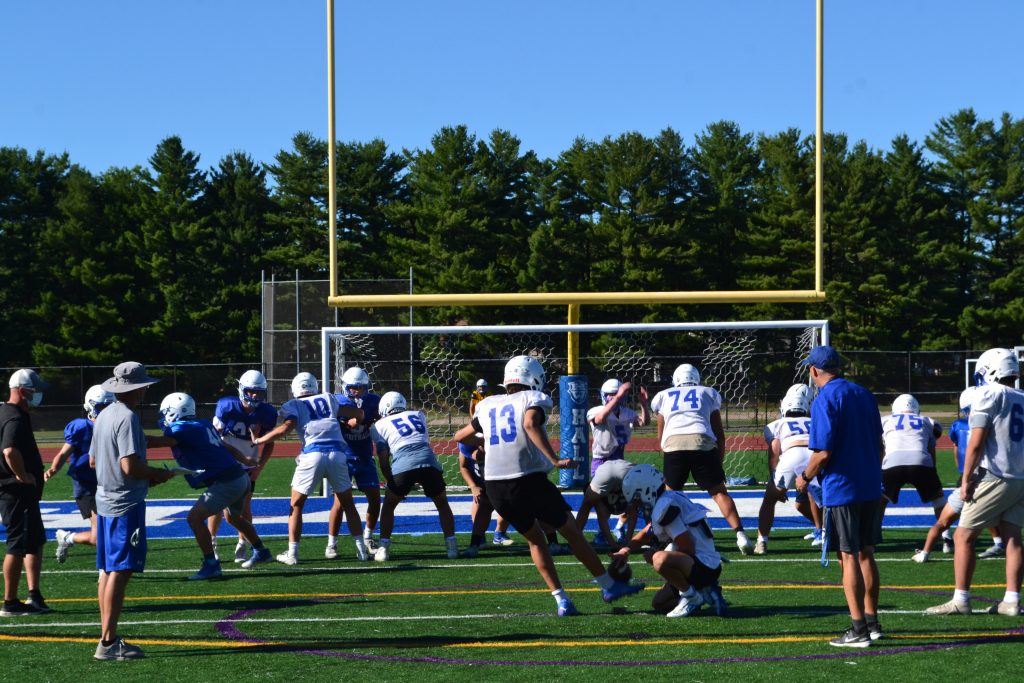 It is a tough task replacing all the lost leaders and seniors from a season ago, and Robinson knows that one of the keys will be setting the right attitude early. “The success last year didn’t just happen. They worked their tails off and did not cut any corners. This year we can’t think we will be good just because we were last year.”