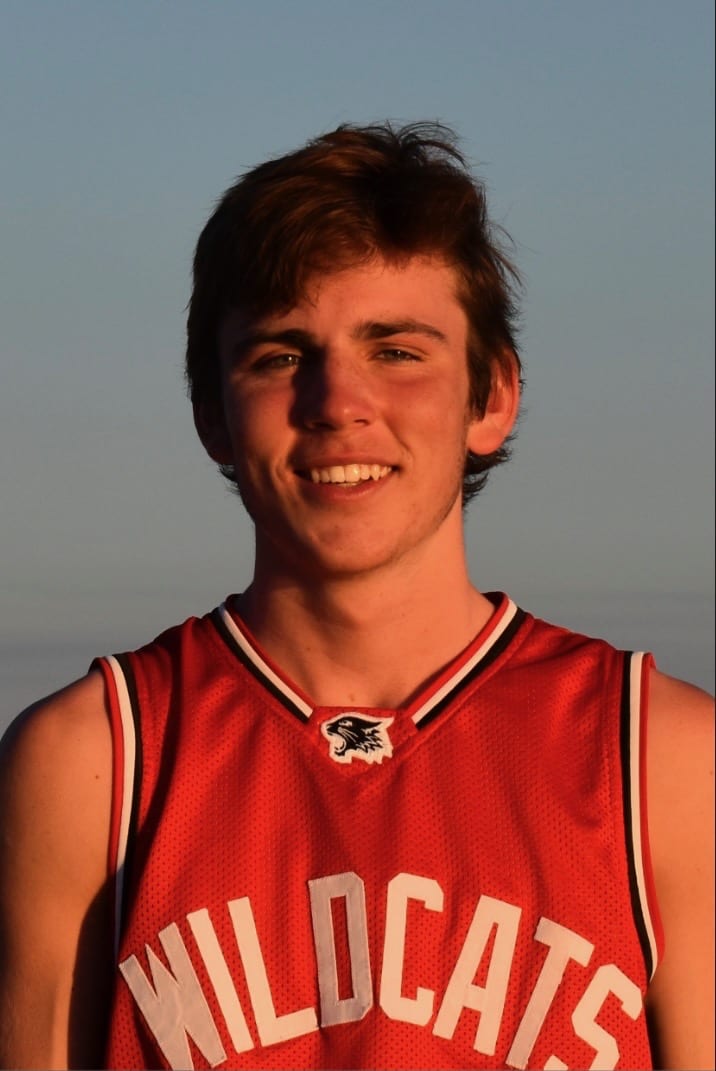 Three Connecticut high school seniors who plan to pursue careers in sports journalism have been chosen as recipients of Bo Kolinsky Sports Journalism Scholarships, with the top award of $3,000 going to Jack Cote, a member of West Hartford’s Hall High School Class of 2021.

Cote plans to attend Indiana University next fall, and said both sports and journalism have always been important parts of his life.

“My entire childhood I just played sports,” Cote told We-Ha.com. He said he also watched ESPN’s “Sports Center” every morning, and when he had a choice of topic for a school project, he invariably chose something to do with sports.

Cote has been a member of Hall’s cross country and basketball teams for all four years of high school. He played baseball freshman and sophomore years, and planned to play golf as a junior but the spring sports season was canceled. He’s playing golf for Hall this spring.

Journalism is also in Cote’s blood since both of his parents have journalism degrees, he said.

“The year quarantine hit I did the Big Scribble Writing Competition,” Cote said, referring to a student journalism contest that was held in March 2020. He also wrote articles for “FanSided” on topics ranging from Michigan football to Boston’s professional sports teams.

It was actually a year earlier, however, the summer between his sophomore and junior year in high school, when Cote first realized his passion for sports journalism and decided it would be the focus of his career.

He had spent several years playing baseball for the Connecticut Moose, a travel baseball program, but kept re-injuring his arm. Sidelined once again that summer, Cote said the coach offered him the opportunity to take photos and do write-ups of games.

“I exceeded all of what he wanted me to do,” Cote said. He went to countless games, took “tens of thousands of pictures,” put together highlight reels for the players, did game recaps, managed the team’s Instagram.

He gave the players a true media experience, as if they were playing for a college team.

“I missed baseball a lot, but I was able to impact it in a different way,” said Cote. “It made me realize what I wanted to do,” he said, and that was all aspects of sports journalism, the complete multimedia experience.

For his scholarship application, he submitted an essay as well as several pieces showing the breadth of his work, including an Op-Ed published by We-Ha.com last fall regarding the mental health impact of canceling the football season, a voice-over of an essay he wrote about his grandmother, and a humor piece.

He’s excited to head to Indiana University, to dive deep into the school’s extensive sports journalism experience, and really learn how to report.

The Bo Kolinsky Memorial Sports Journalism Scholarships are awarded by the Connecticut Sports Writers’ Alliance (CSWA) in honor of Bo Kolinsky, a longtime Hartford Courant sportswriter and past CWSA president who died unexpectedly in 2003.

“We had 12 applications this year from all over the state, and it was as competitive a group as I can recall in four years as Kolinsky chairperson,” John Holt of the Connecticut Interscholastic Athletic Conference (CIAC), said in a statement.

In addition to Cote, two other Connecticut High School seniors were honored with Bo Kolinsky scholarships.

Ian Nicholas of New Canaan High School was awarded a $2,000 scholarship and will be attending Syracuse University this fall with plans to major broadcast and digital journalism. Nicholas is the station manager of NCTV 78, the school’s television station, and does play-by-play announcing for multiple sports as well as in-studio reporting and anchoring of student-run broadcasts. He is also sports editor of the NCHS Courant, the school’s newspaper, and is senior class president.

Annabelle Watson of Manchester High School is the recipient of a $1,000 scholarship, and plans to major in journalism, likely at either Fordham or Syracuse. She has participated in The Pulse Student News Program for three years and has been a director of the program for two years.

All three scholarship winners will be honored at the 79th Gold Key Dinner on Sunday, Oct. 17, 2021, at the Aqua Turf Club in the Plantsville section of Southington.

A complete list of past award recipients is available at www.ctsportswriters.com.

Tickets to the Gold Key Dinner can be reserved by contacting CSWA President Tim Jensen of Patch Media Corp. at [email protected]. Proceeds from the event benefit the scholarship fund.