Two members of the Hall High School Class of 2021 who plan to participate in sports at the Division I level recently formalized their commitments by signing National Letters of Intent.

Sydney Golas and Drew Seguro have now joined four other Hall students who signed National Letters of Intents in November during the early signing period.

Although a large ceremony could not be held due to the COVID-19 pandemic, coaches and athletic department staff are extremely proud of the achievements of these senior athletes, and wished them the best of luck as they continue their careers as student-athletes at the collegiate level. 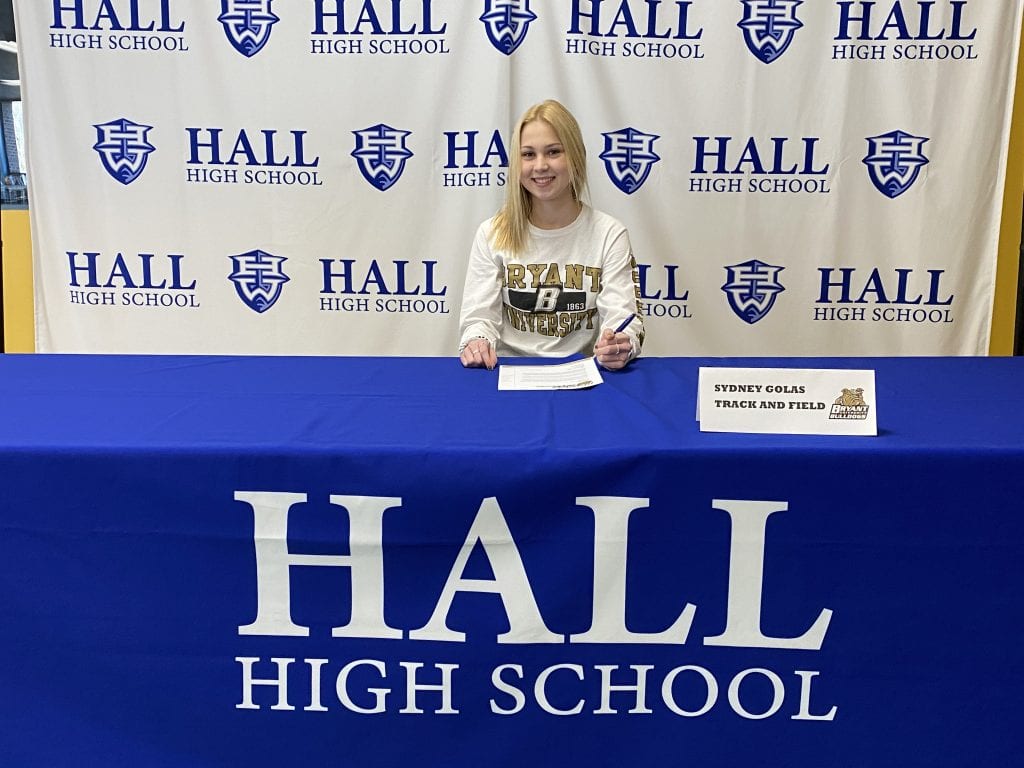 Golas plans to continue to compete in pole vault at Bryant University next year.

“Sydney Golas is an exceptional student-athlete and an absolute joy to coach,” track and field coach Betty Remigino-Knapp said. “All of her accomplishments achieved through her hard work ethic have made her an outstanding student and teammate. Bryant University is fortunate to have her joining their track and field program.” 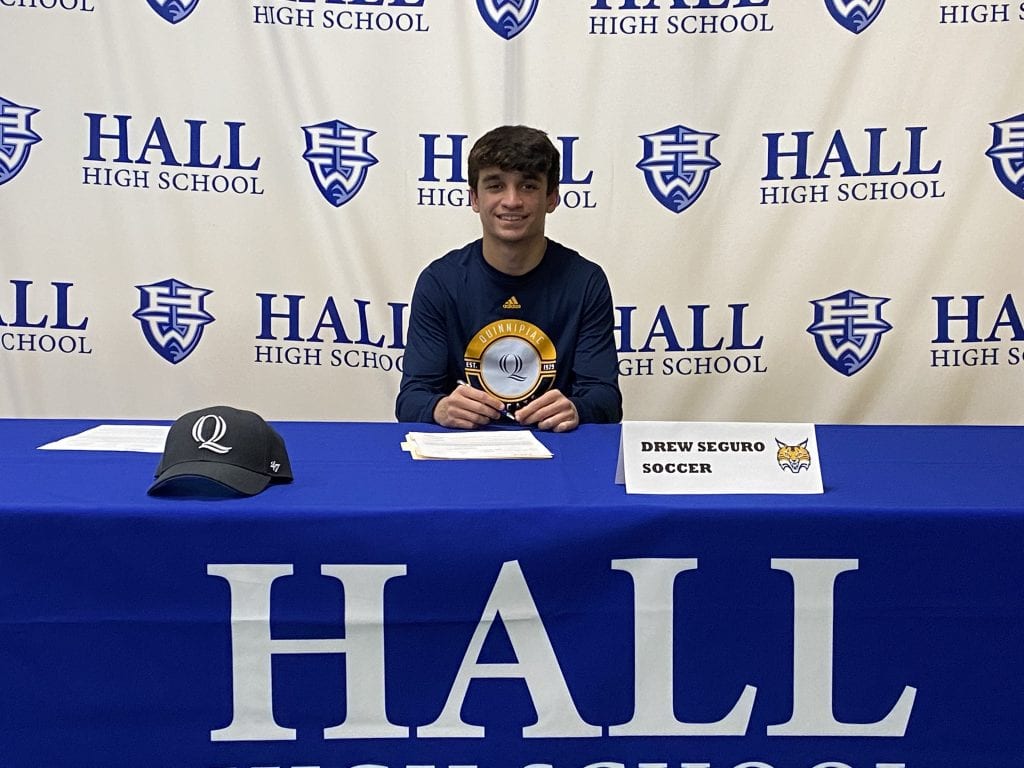 Seguro will continue his soccer career at Quinnipiac University next year.

Seguro, a four-year varsity player for Hall, was a captain of this year’s team. He played an important role on the Hall’s winning the CIAC Class LL Championship in 2019. An All-Conference player in 2019 and 2020, Seguro also earned All-State and All New England honors in the fall of 2020.

“Drew has worked extremely hard to become the player he is today,” said Hall head soccer coach Zeke Seguro. “His willingness and commitment to wanting to be the best player possible played a major role in his amazing high school career. Drew will go down amongst Hall’s most accomplished players. I am confident he will carry those attributes as he embarks on a new chapter at Quinnipiac University.”

According to Zeke Seguro, Drew Seguro scored 47 high school career goals, which puts in him fourth place in Hall’s record books. His 40 career assists are are a school record.