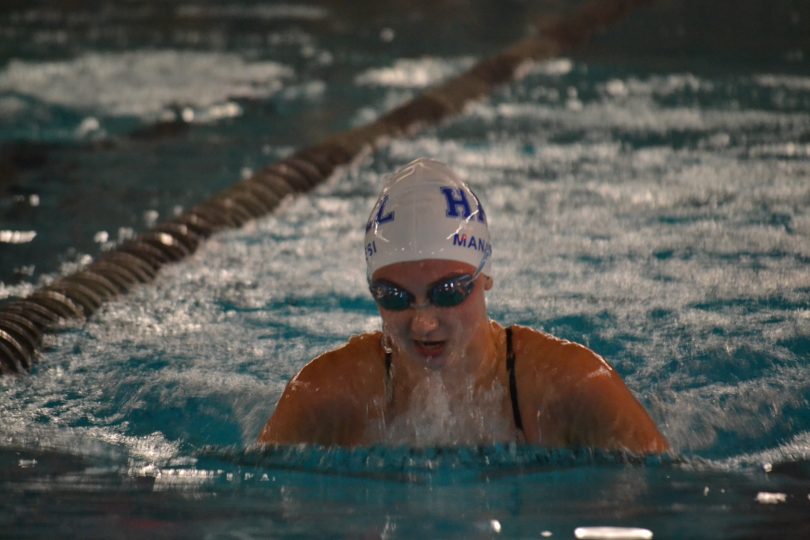 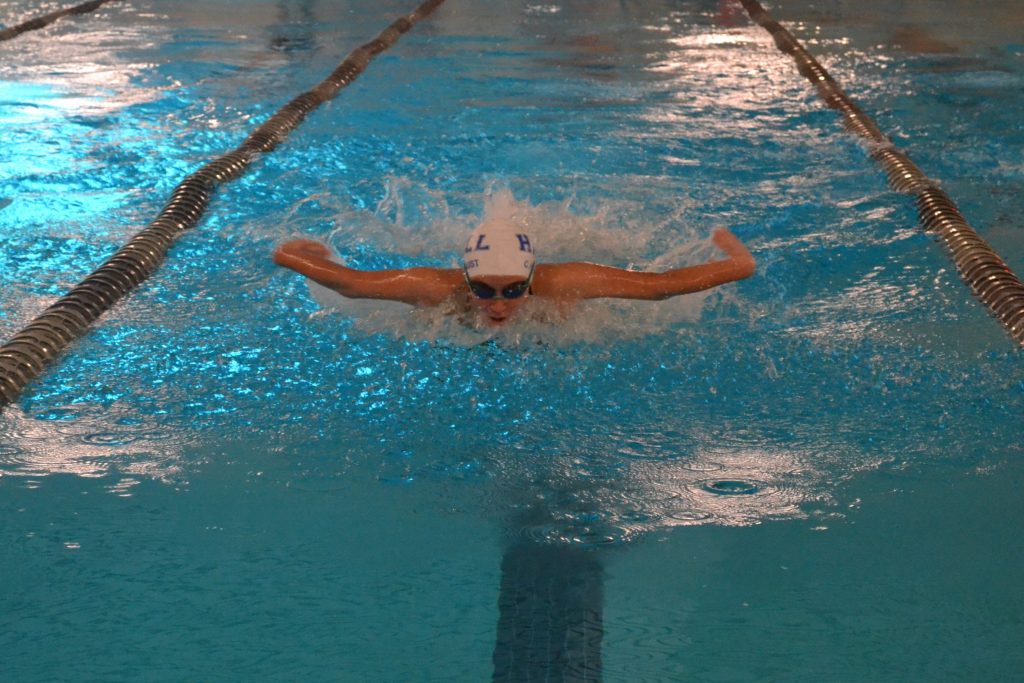 The Hall girls swim and dive team rebounded from a season-opening loss to Glastonbury last week by topping Middletown 94-81 in their home opener Wednesday.

The Titans won each of the seven swim events that they scored in. It began with Hall sweeping the opening 200-yard medley relay with the foursome of Ziggy Edney, Kate Chaletsky, Kate Harker, and Jessica Virkerman winning in a time of 2:10.89. 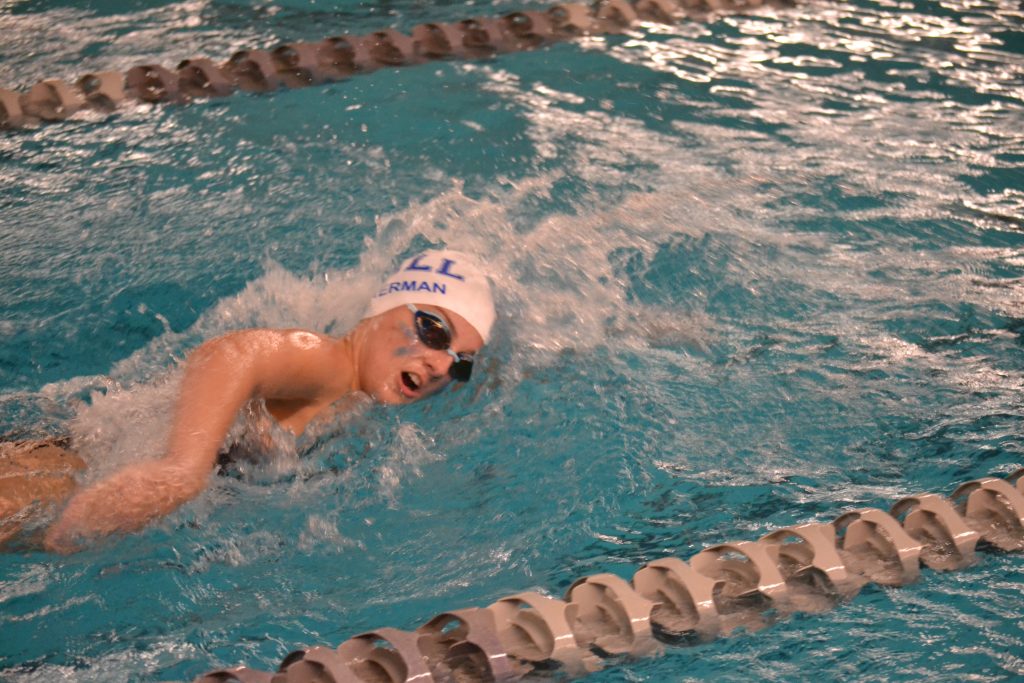 Chaletsky would return with a win in the 100-free, and a third in the 50-free. Hall kept up the pressure in the next event when Miriam Youel and Mindy Zhao went 1-2 in the 200-yard freestyle and Kate Healy took fourth for the home team.

With a 25-5 lead after the opening two events, Hall took the top three spots in the 200-yard individual medley with Kate Manaresi, Julia Seguro, and Edney to open a 37-8 margin. A Jane Grove-led sweep in the 50-free had the Titans riding high heading into diving. 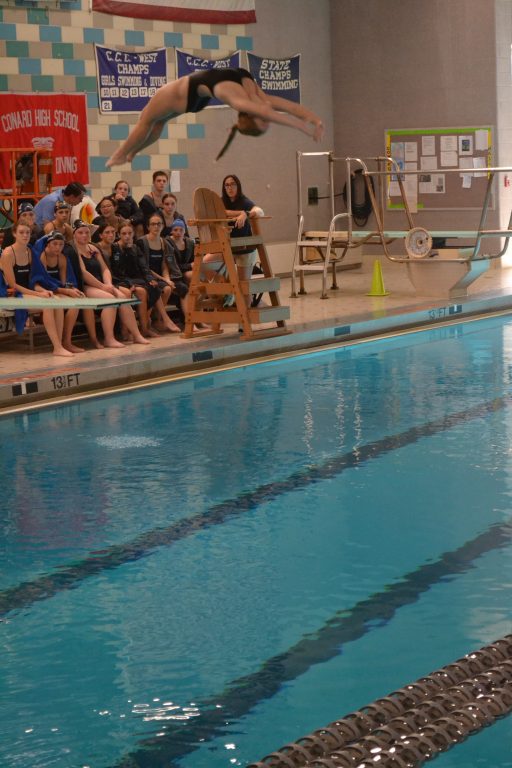 Layla Solberg of Middletown defeated Kate Hynes of Hall by 31 points, with Hall’s Sloan Golas finishing third off the board. Hall came right back with a 1-2-3 finish in the 100-yard butterfly with Claire Nordquist, Harker, and Lexi Dominguez.

In the eighth event, Gwen Bye won the 500-yard freestyle in a time of 5:59.71 with teammate Sophia Adelman coming in second and Healy in third. 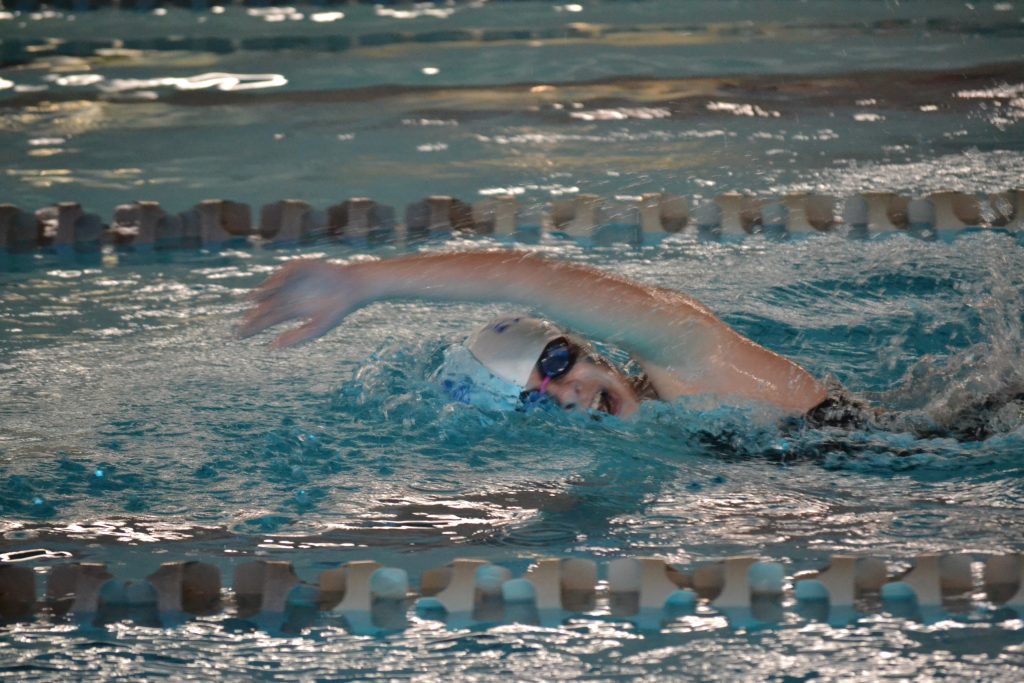 At that point Hall had amassed a lead that Middletown could not overcome, and the Titans did not swim for points in the rest of the meet. Hall coach John McClure opted to have some of his top swimmers compete as exhibition swimmers, meaning their times count towards school records or state qualifications, but they were not awarded points.

Senior Meghan Tiernan, who was swimming exhibition, had the top time in the 200-free, and 100-back, while Molly Nordquist was fastest in the 50- and 500-freestyle events.

The Titans are off until next Wednesday when they travel to perennial powerhouse Wethersfield. 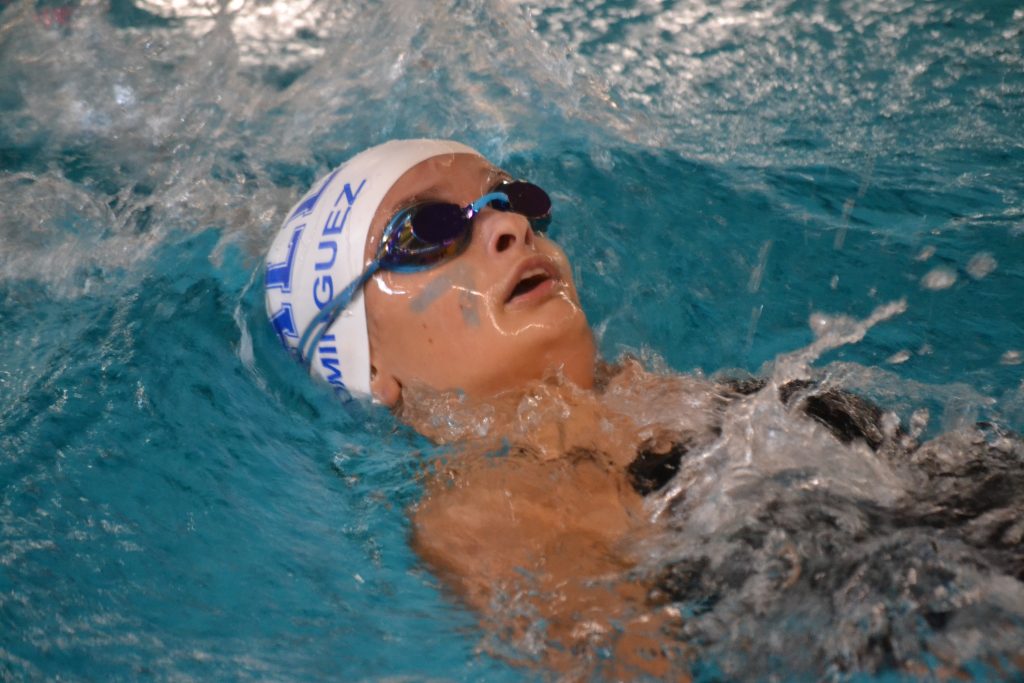 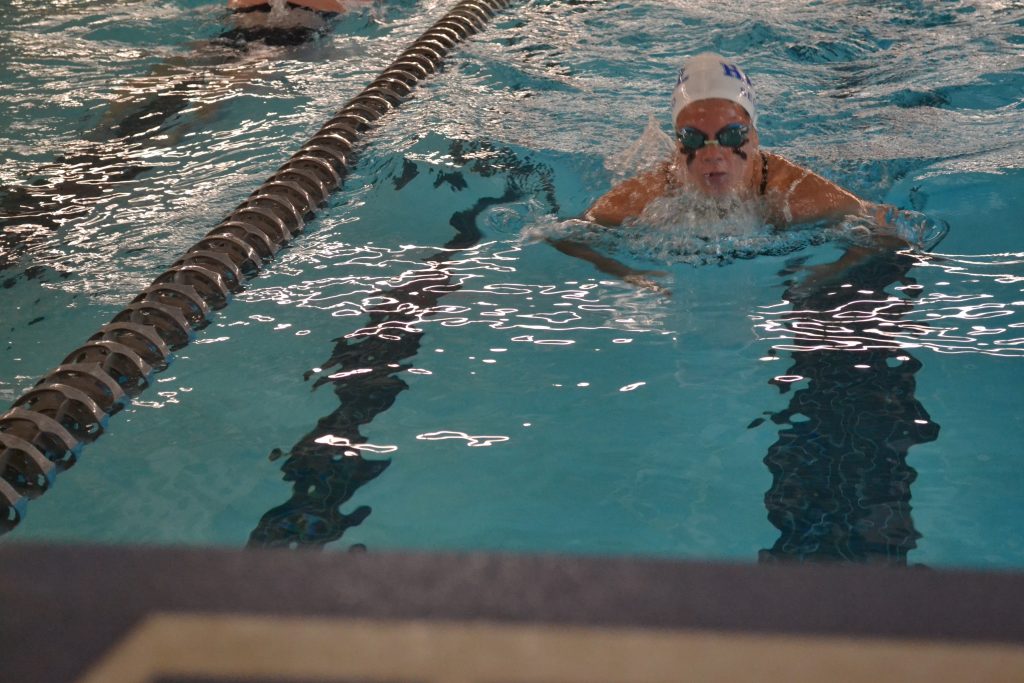