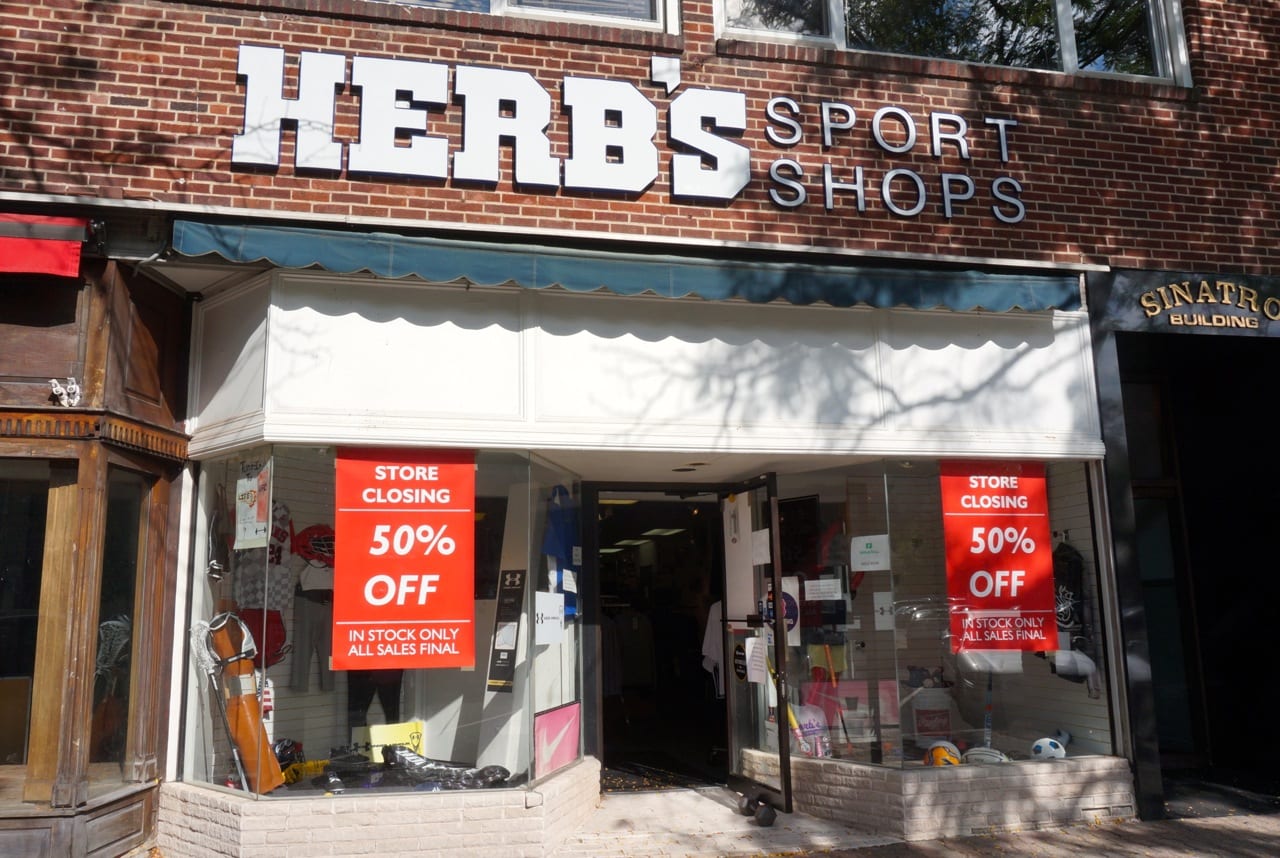 Herb's will close its LaSalle Road store in West Hartford at the end of October. Photo credit: Ronni Newton 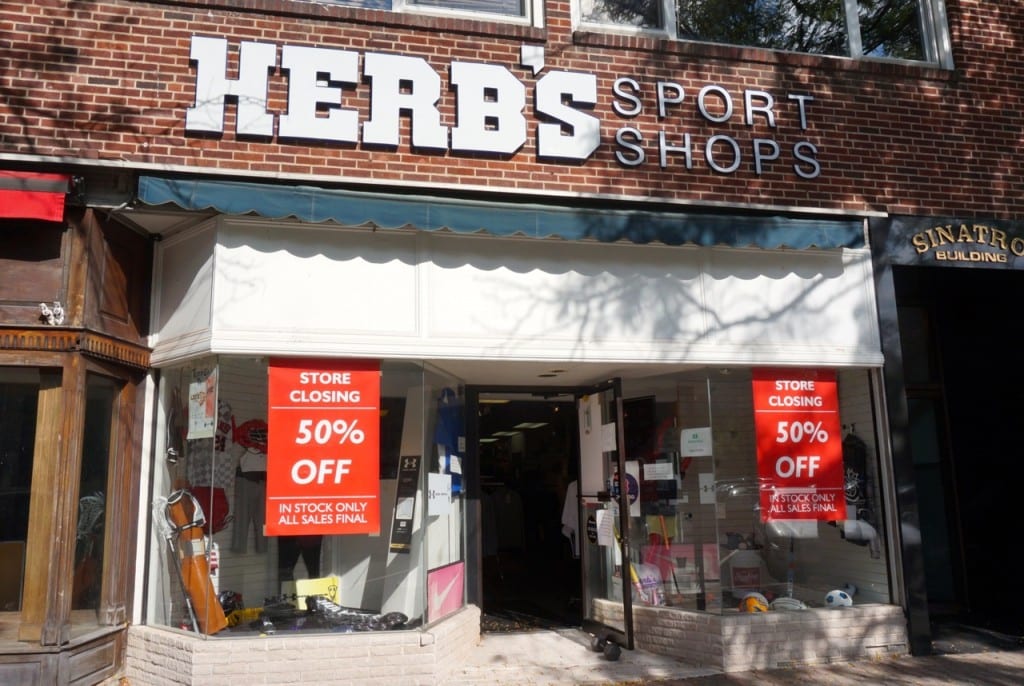 Herb’s will close its LaSalle Road store in West Hartford at the end of October. Photo credit: Ronni Newton

Signs were posted on Herb’s Sport Shops this week, advertising a 50 percent off store closing sale that will be the end of a more-than-four-decade era for the retail store in West Hartford.

Owner Andrew Sheintop, who took over the family business from his father Herb, confirmed that the 60 LaSalle Rd. store will close at the end of October.

Sheintop said closing the store was a tough decision, but said that changes in the Center, especially in the past 8 to 10 years, have made it difficult for his business. “There are less good, solid retail store that attract families. They’ve been replaced by restaurants and bars,” he said.

He said the parking situation has made it difficult for a business like his, where people would often run in just to buy a mouthpiece and then find other things they needed, and has hurt foot traffic other than at night when the spaces are filled with people in restaurants and bars. “It drove away families that would come shopping,” said Sheintop.

His competition  – like Westfarms, Buckland Hills, Evergreen Walk, and box stores – offers free parking. Online shopping, he said, has also had a major effect on the business at Herb’s. “People shop online first and then we would match the price and they still don’t buy it,” Sheintop said.

Sheintop said that he has been treated very fairly by the building owner, Sinatro Brothers, but it just doesn’t make financial sense for him to operate the West Hartford store anymore.

“The 90s were really good, but we never fully recovered from [the major recession] 08-09,” said Sheintop.

“I’d like to thank all of the people who’ve shopped there. I just wish there were more of them in recent years,” he said.

Herb’s will continue to service its team business, which includes West Hartford’s high schools as well as youth and travel teams.

The Bristol store (51 Wooster Court) will remain open and some of the West Hartford employees will relocate there.

The LaSalle Road lease is up at the beginning of November and the store is expected to close by the end of October.