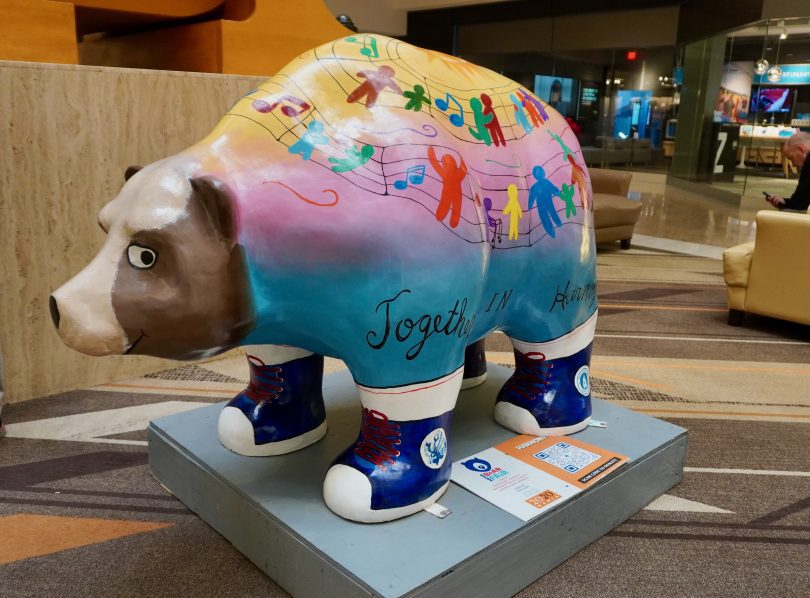 The WEHA Bear Fair has relocated to Westfarms, where the bears will remain on display through January. 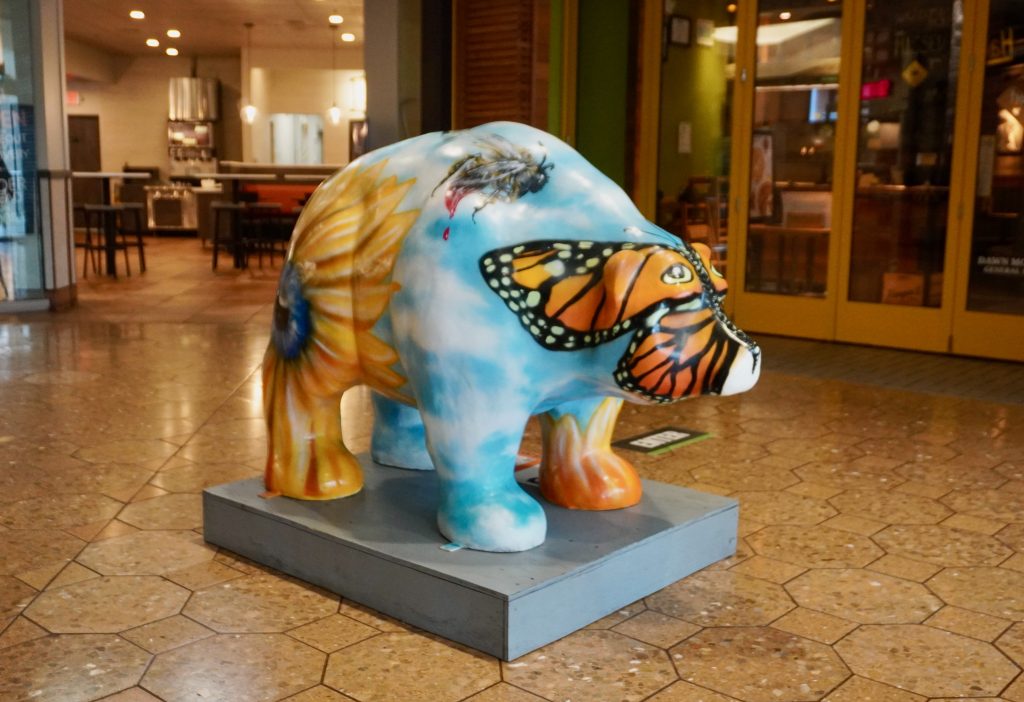 The dozen bears that were resident in West Hartford Center and Blue Back Square for the past several months as part of the WEHA Bear Fair have departed for the season, but rather than hibernating out of the public eye they are remaining very much out in the open, continuing to help raise funds for local charities and delighting visitors at Westfarms.

The 90-pound life-size fiberglass bears lumbered off at the beginning of November for a brief spa treatment inside one of the parking garages at Westfarms, and after having their paint touched up were sent to their new stations inside the mall. They can be found on both floors, near all of the main entrances, on the ground floor near Macy’s and JCPenney, and on the upper level in the Nordstrom wing.

The bears are part of a “FUNdraiser” organized by 20/20 Media, serving as public art while also raising money for a variety of nonprofits. The second phase of the event has made possible through the assistance of Udolf Properties and Westfarms.

“As we continue to support local communities through our Community First program, Westfarms will be making donations to each of the organizations participating in the Bear Fair,” said Ray Lamoureux, director of sponsorship and marketing for Westfarms. 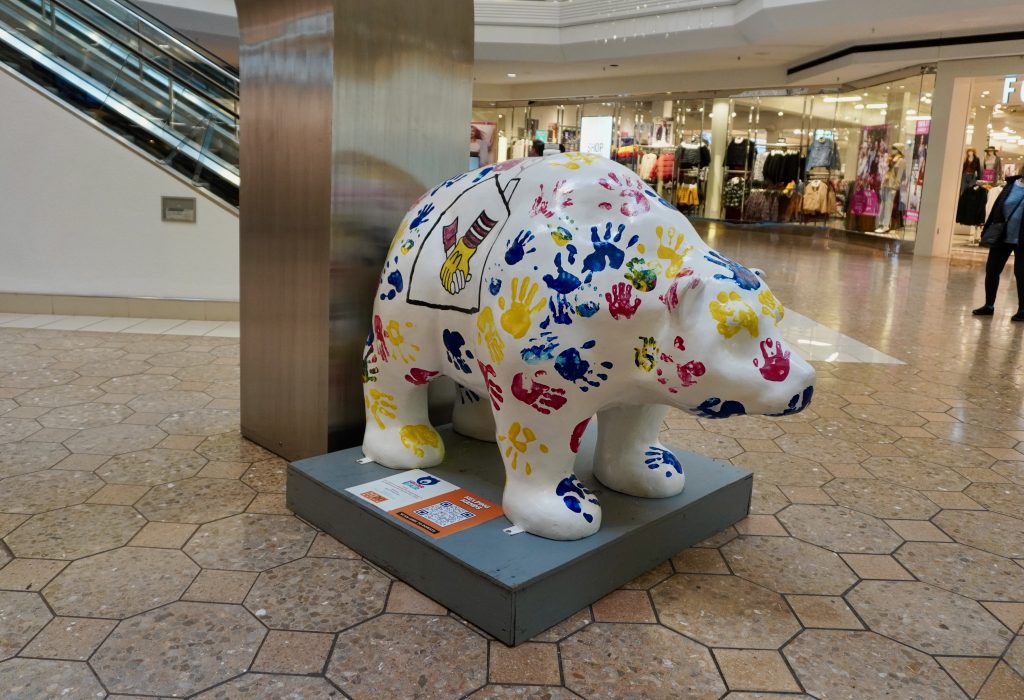 WEHA Bear Fair moves to Westfarms. Udolf Properties sponsored this bear which was painted by residents of the Ronald McDonald House in Springfield, and will benefit the organization. Photo credit: Ronni Newton

As part of this unique fundraiser, each bear has a sponsor, an artist (or group of artists), and a nonprofit beneficiary. The creatively-painted bears are bolted into platforms that display a unique QR code with a link to information about the artwork and the nonprofit. Those who come to view the bear are able to make a donation directly from their smartphone, and 100% will go directly to that charity.

“Now, as winter descends – and much to the delight of the entire community, young and old – we’re keeping this fabulous FUNdraiser going by moving the bearsindoors to Westfarms … just in time for the holidays!” organizer Tom Hickey said.

The bears will remain on display through January 2022, and visitors can find out more about each one, and support the bears’ beneficiary nonprofits by scanning the QR code at Westfarms, on the signage attached to each bear on display, or by visiting 20media20.com. 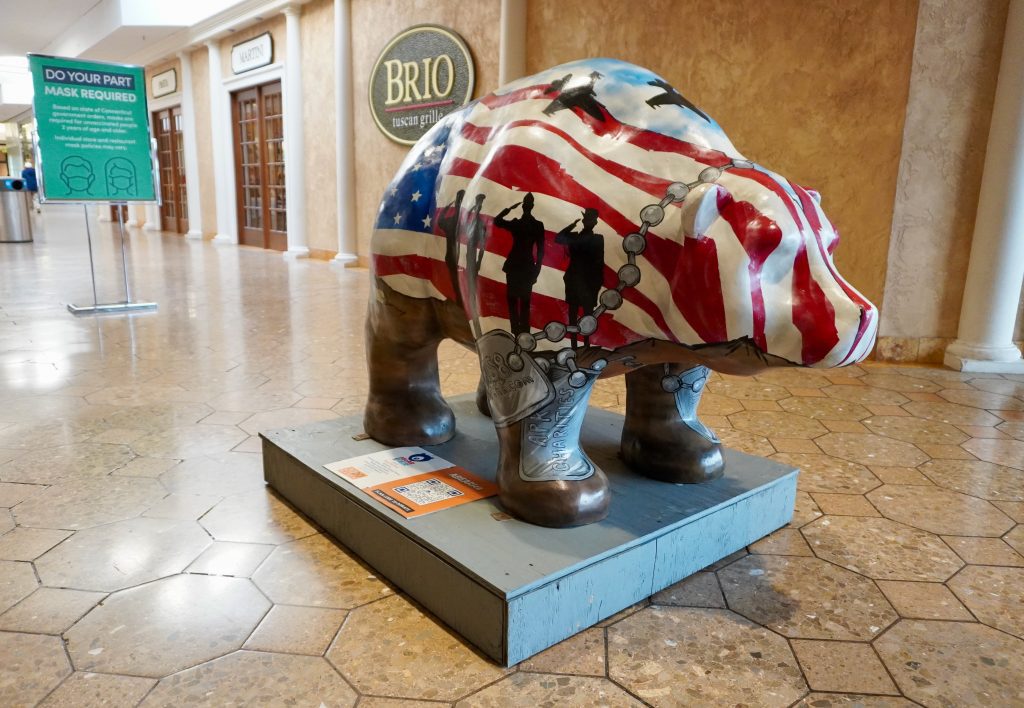 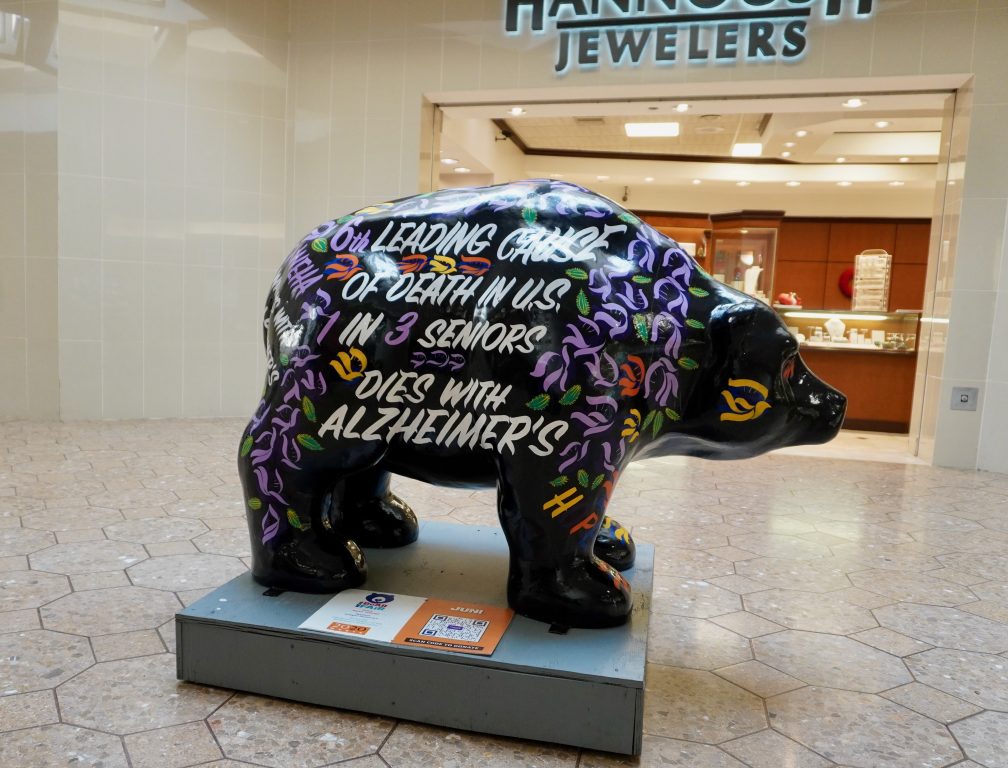 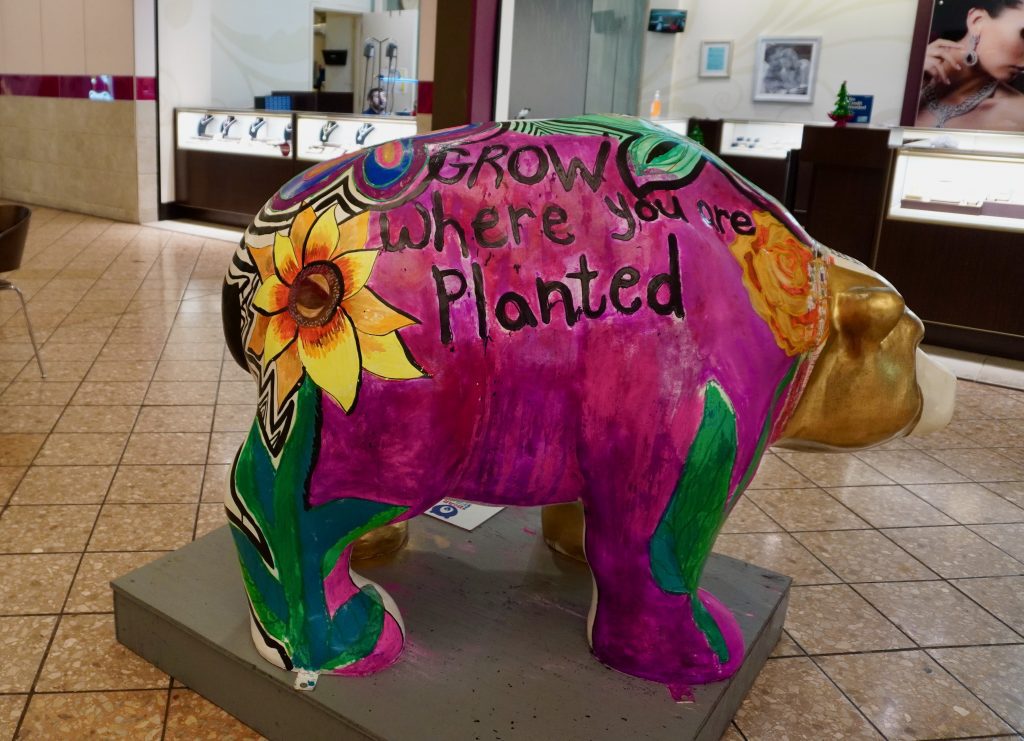 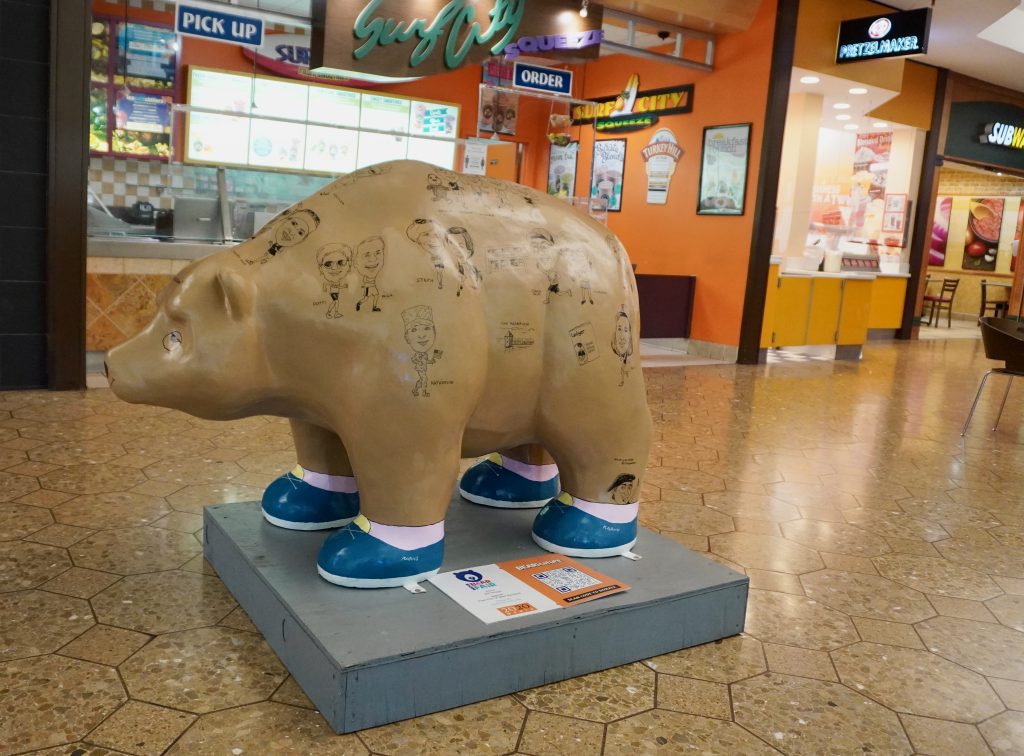 WEHA Bear Fair moves to Westfarms. “Runs with the bear” is the tagline for Kahru running shoes, sported by this bear sponsored by Fleet Feet Sports. Photo credit: Ronni Newton 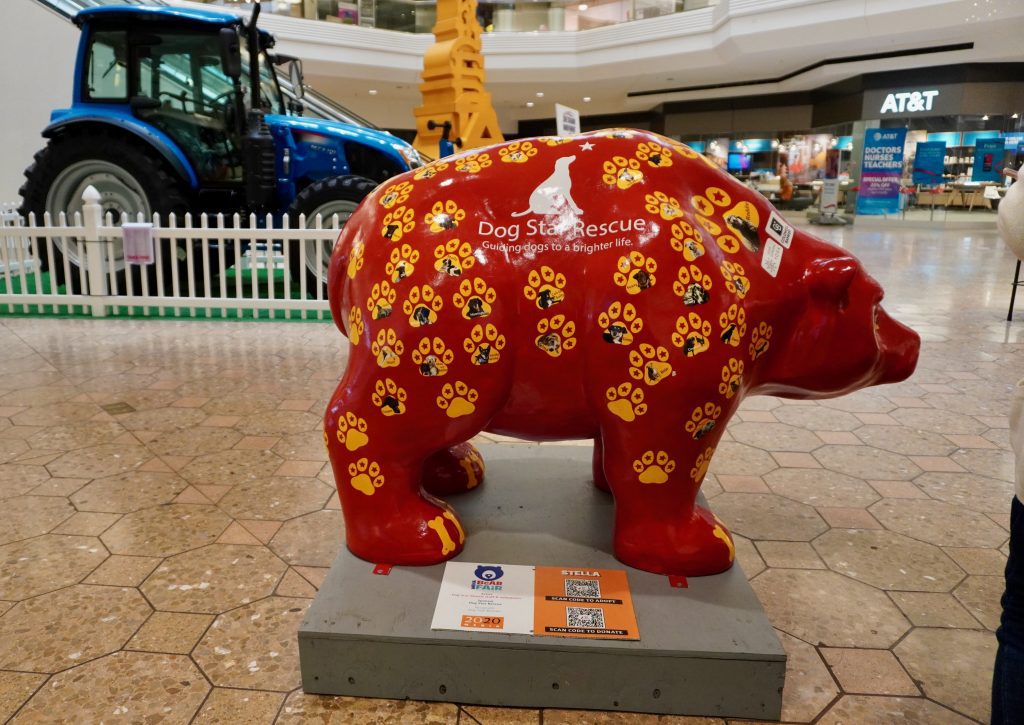 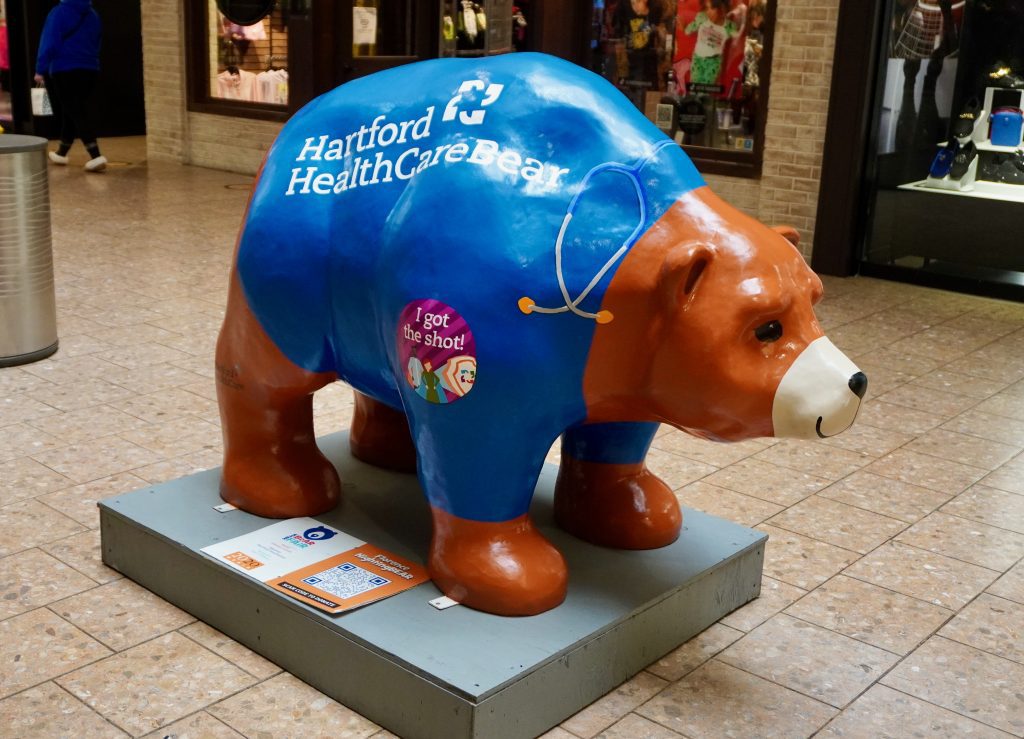 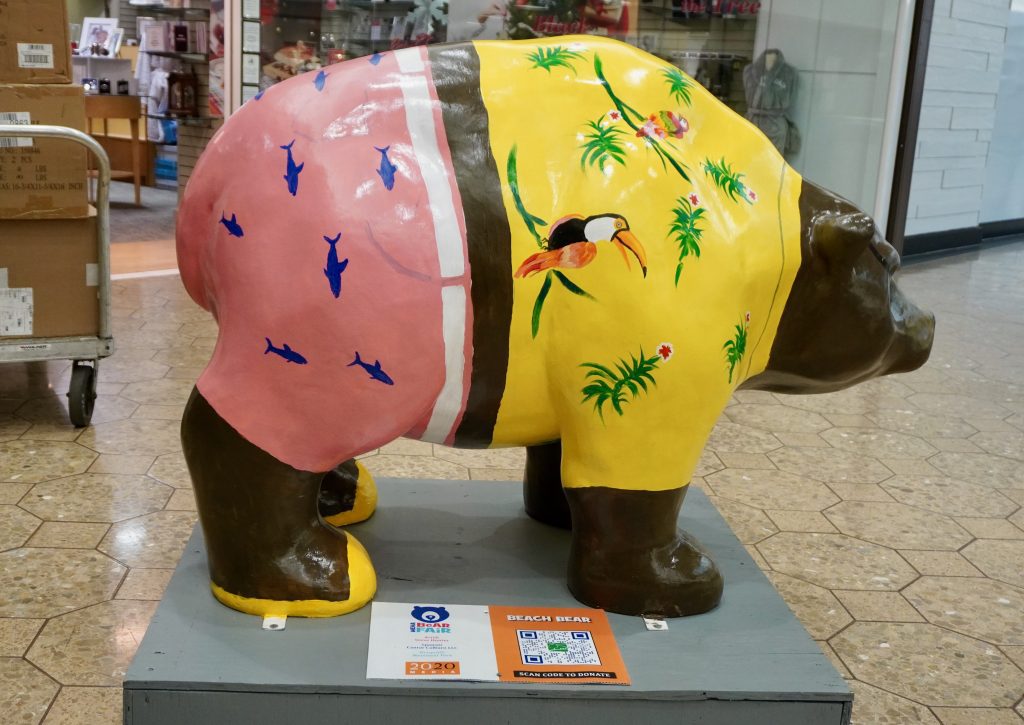 WEHA Bear Fair moves to Westfarms. The beach-themed bear will eventually have a permanent den at the home of West Hartford Mayor Shari and Michael Cantor. It was created by Steve Hunter and benefits Westmoor Park. Photo credit: Ronni Newton 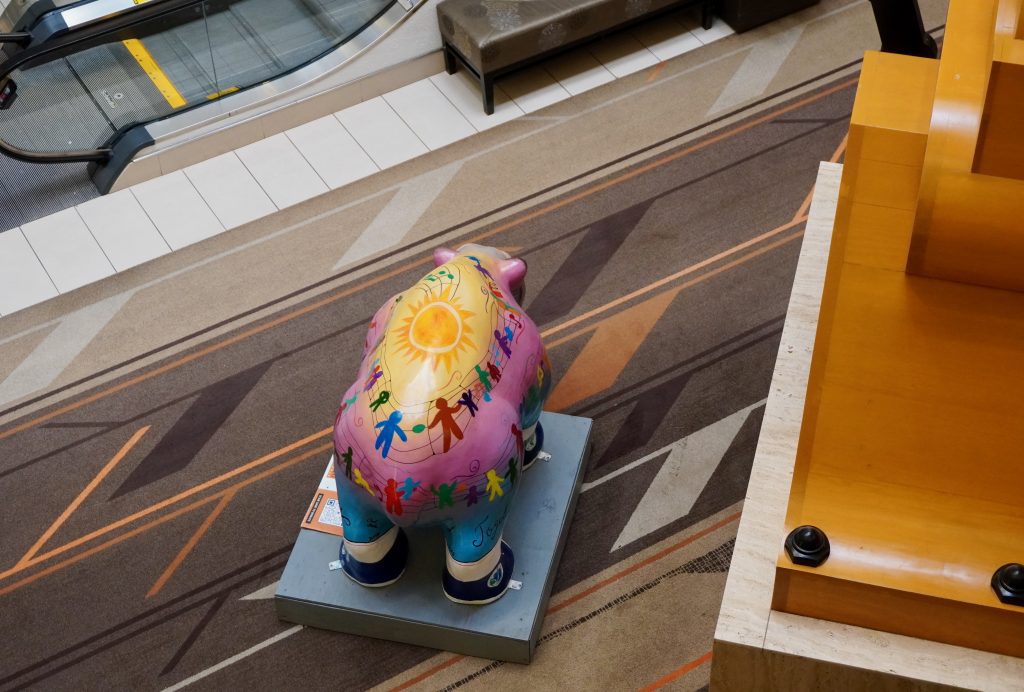 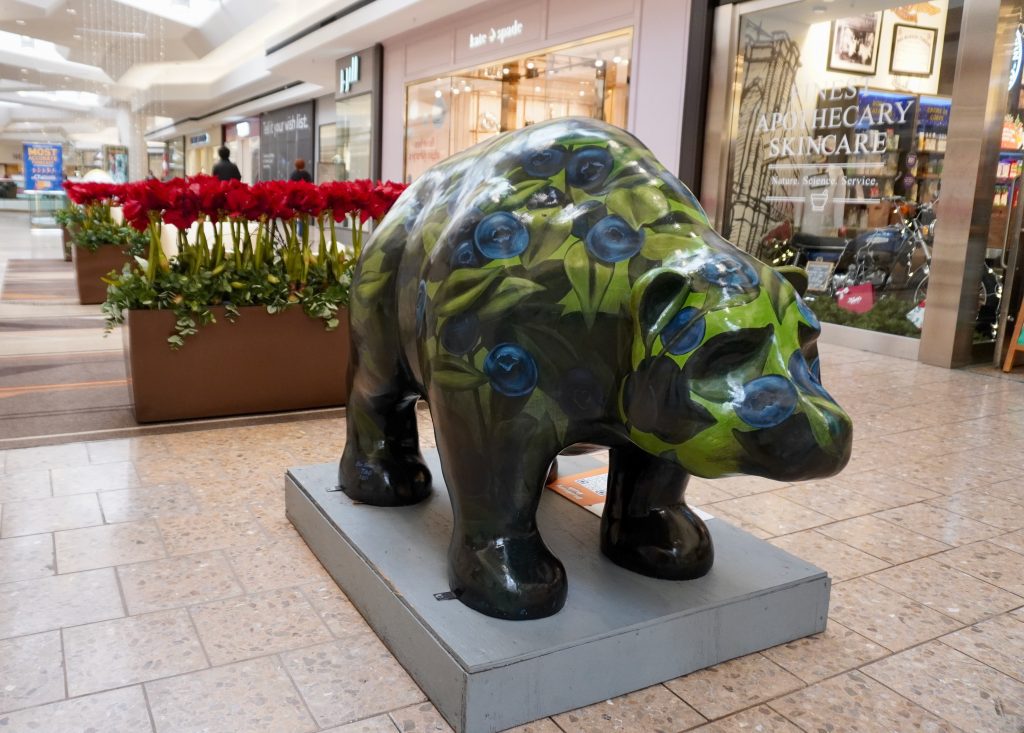 WEHA Bear Fair moves to Westfarms. “Blue bearies” has a bear on a bear, and was painted by Art of Tao, and sponsored by Daley Moving and Storage to benefit The Bridge Family Center. Photo credit: Ronni Newton 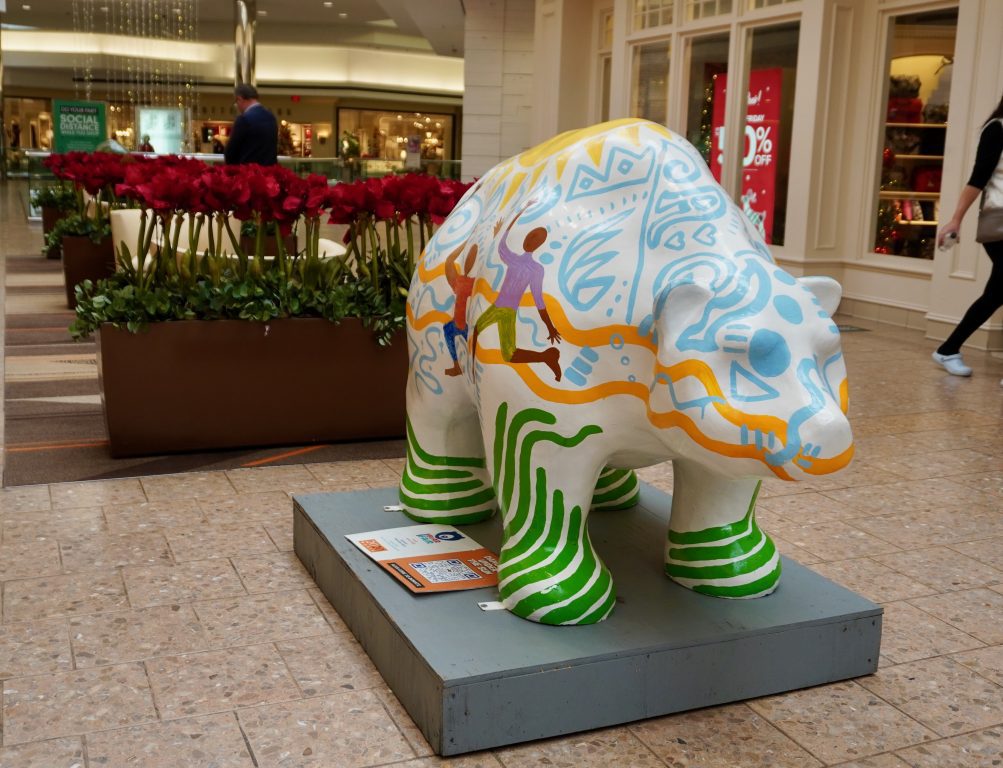 This bear to benefit the the Ron Foley Foundation was painted by Anne Gogh and sponsored by Westfield Bank. WEHA Bear Fair moves to Westfarms. Photo credit: Ronni Newton