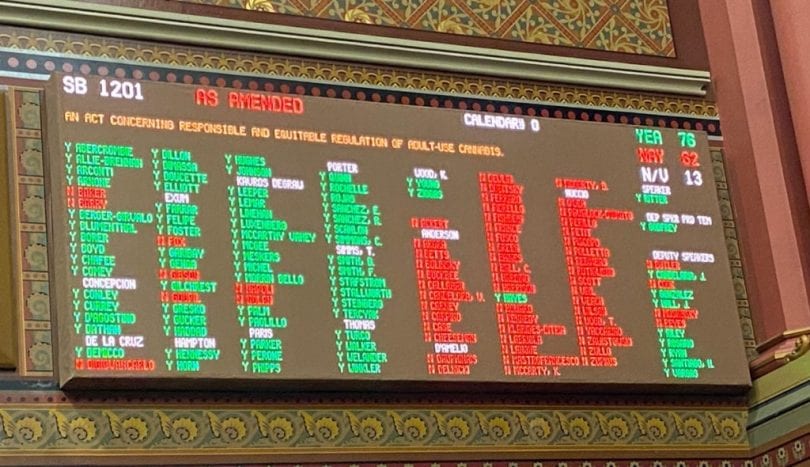 West Hartford Reps. Jillian Gilchrest and Kate Farrar voted in favor of the bill, which will now go back to the Senate for another vote on Thursday.

On a narrow vote Wednesday, the House passed a bill legalizing recreational cannabis but not before changing its language to avoid a veto from the governor, forcing the bill back to the state Senate for a third debate.

The House approved the bill 76 to 62 after hours of debate and some unusual legislative contortions. Senate President Martin Looney announced plans to reconvene the Senate to address the changes Thursday.

The path of Connecticut’s cannabis bill over the past two weeks has resembled a tennis game: the Senate passed the bill around 2 a.m. last Tuesday only to see it die on the House calendar at the end of session. The Senate raised it again this week, but it vastly expanded provisions aimed at giving communities impacted by the war on drugs equitable access to cannabis business licenses. By the time it landed before the House, Gov. Ned Lamont threatened to veto the bill.

After an emotional closed-door meeting Wednesday, House Democrats agreed to return the bill closer to the form they had been expected to take up last week.

“We laid out different scenarios and the overwhelming majority said, ‘It’s been eight years. We had a deal, let’s pass that bill,’” House Speaker Matt Ritter told reporters Wednesday afternoon.

Lawmakers argued the bill in the House for more than seven hours. It was a long debate but nothing approaching the 12 or 18 hours Republicans had warned of if Democrats had raised the bill on the final day of session last week. 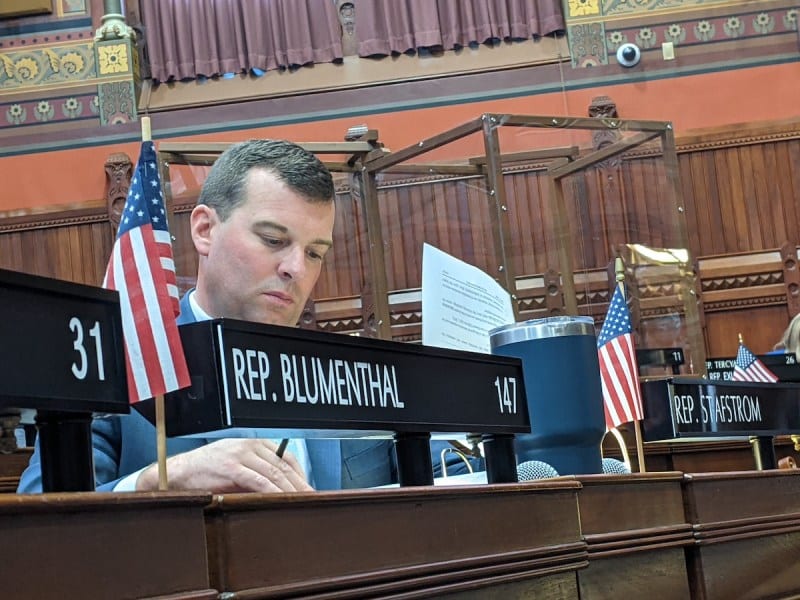 Rep. Steve Stafstrom, a Bridgeport Democrat who is co-chair of the Judiciary Committee, began the debate by raising the Senate’s amendment and encouraging the House to vote it down. Lawmakers then adopted one element of the Senate’s proposal, which would prevent elected officials from leaving office and immediately obtaining a license for a cannabis business.

Stafstrom said the bill was the culmination of years of legalization efforts by lawmakers.

“The war on drugs has failed us and the criminalization of cannabis was the wrong course of action for our state and for our nation,” Stafstrom said. “We, as a state, legalize drugs that are less addictive and less harmful to the body than cannabis is.”

Republicans opposed the bill. They pointed to negative experiences in states that have legalized cannabis and argued that changes in the bill will tie the hands of law enforcement officers trying to enforce traffic laws. 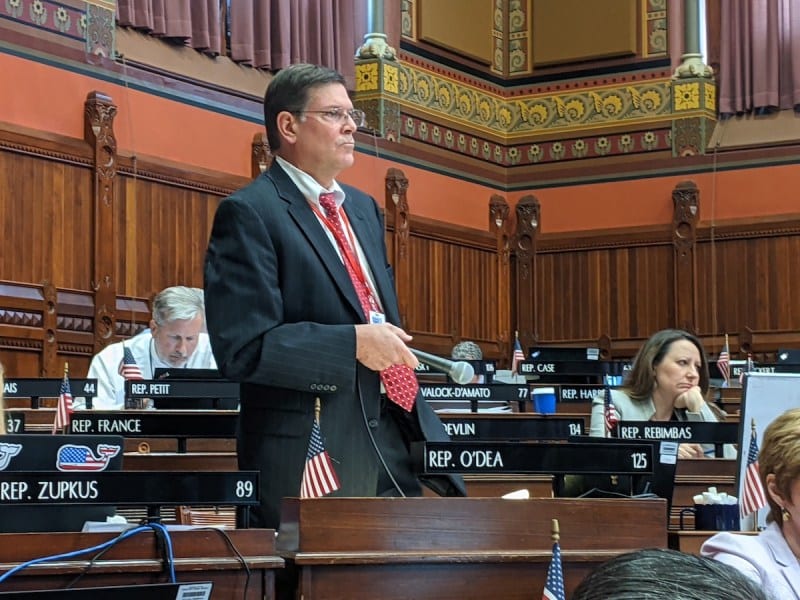 Rep. Greg Howard, a North Stonington Republican who is a police officer, tried to amend the bill to give police more leeway to stop and search vehicles if they saw a motorist using the substance or smelled the odor of cannabis. The amendment would have also let police confiscate cannabis found on people younger than 21 years old.

“We just spent basically the better part of 30 years trying to get people to not drink and drive, right?” Rutigliano said “We’ve done a fairly decent job of reducing the incidents of drunken driving on the highways. The fact that we would pass a bill and not allow – listen, we all agree: don’t arrest them, but my god, take the pot and don’t let ‘em drive.”

The amendment failed 53 to 81 with three Democrats joining Republicans in supporting it. Rep. Juan Candelaria, D-New Haven, said the bill was written to reduce instances of racial profiling by police. Candelaria recalled visiting a medicinal marijuana facility and coming away smelling of cannabis.

House Majority Leader Jason Rojas, a lead negotiator on the bill throughout the session, said the issue was a difficult one for many lawmakers.

“I know this has been an evolution for many of you and I respect all of you regardless of how you vote today, but now is the time to move in a different direction,” Rojas said.

He recited some of the substance’s “long and complicated” history, from a federal prohibition to a war on drugs with a  “tough on crime approach.”

“An approach that has impacted the lives of millions of Americans whose involvement with the use of a substance should have been treated as a public health matter rather than a criminal justice matter,” Rojas said.

The House changes seemingly addressed the concerns that prompted Lamont’s veto warning. The chamber undid a provision in which the Senate had broadened the definition of a social equity applicant – previously limited to someone from areas with high rates of drug-related convictions or high unemployment rates who has an income that is under 300% of the state median – to potentially include wealthy relatives of anyone who has previously been arrested on marijuana charges.

A spokesman for the governor said the administration would be reviewing the changes. Earlier in the day, Lamont said he believed a deal with the House would be reached.

“I think you’re going to see the House go back and pass what was the originally agreed upon bill and I think we’re going to get something passed,” Lamont said at an unrelated event.