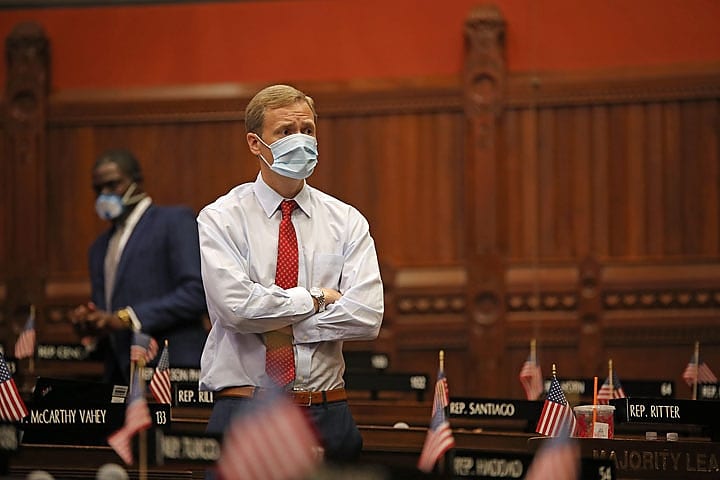 Republican lawmakers loudly objected to the ballot boxes Secretary of the State Denise Merrill bought for every town in Connecticut, but only two voted not to expand absentee ballots in the November election.

The House voted 144-2 in favor of a bill that allows anyone concerned about going to the polls on election day to vote by absentee ballot.

Reps. Whit Betts and Cara Pavalock-D’Amato of Bristol voted against the bill.

Republicans argued that they don’t want to suppress the vote in November.

“It’s not about voter suppression as I heard before,” Rep. Vincent Candelora, R-North Branford, said. “It really is about making sure every vote is counted.”

Candelora said the absentee ballot process isn’t as simple when you engage in it. He said many of these absentee ballots are often done incorrectly when they don’t have the ability to ask the town clerk questions.

Candelora said these absentee ballot boxes Secretary of the State Denise Merrill bought for every town are not secure. He said they can be tampered with or something like water could be poured inside.

He said that’s why the town of Wallingford moved the box inside town hall.

Merrill’s swiftly requested Wallingford to move the box outside.

“Our office has grave concerns about your unwillingness to protect the health and safety of your voters by providing them with a safe and trusted method of contactless delivery of their absentee ballots,” Deputy Secretary of the State Scott Bates said in a letter to the town Monday.

Republicans sought to amend the bill Thursday to allow for some regulation of the boxes, but were unsuccessful.

“Does anyone else see the problem with these boxes? “ Rep. Gail Mastrofrancesco asked her colleagues during the debate.

Majority Leader Matt Ritter, D-Hartford, said he can’t think of anything more important than the right to vote.

He said all the things Republicans suggested should be part of the special session agenda “flow from having elections and sending people up here.”

He said there should be no concern about these absentee ballot boxes. He said people have done crazy things with mailboxes and these are no less secure.

He said a lot of things happen with mail too, but the mail arrives and the ballot counts.

“Don’t invent theories that this is different than a mailbox,” Ritter said.

While the House was debating and voting on the bill to expand absentee ballot voting for the November election, West Hartford Town Clerk Essie Labrot, Republican Registrar of Voters Beth Kyle, and Democratic Registrar of Voters Patrice Peterson were participating in a We-Ha.com Facebook Live forum about absentee ballot voting and the upcoming primary.

The Secretary of State’s Office has overseen the mailing of absentee ballot applications to all registered Democrats and Republicans in the state in advance of the Aug. 11 primary.

In West Hartford, in addition to the presidential primaries Republicans will choose between endorsed candidate Mary Fay of West Hartford and challenger Jim Griffin for the 1st Congressional District race, and Democrats in the 20th State House District will choose between endorsed candidate Sherry Haller and challenger Kate Farrar.

Applications can be returned either by mail or dropped off in one of the boxes in front of the West Hartford Town Hall entrance. 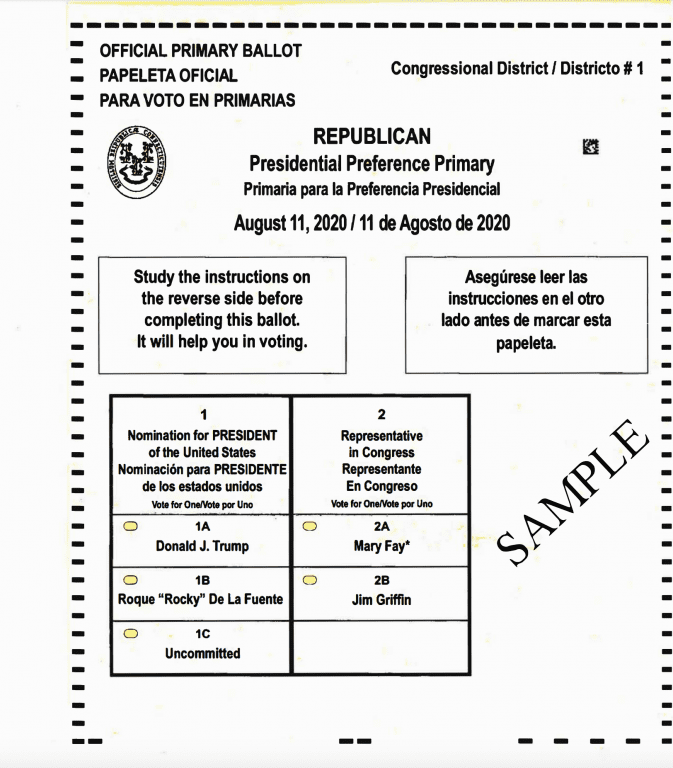 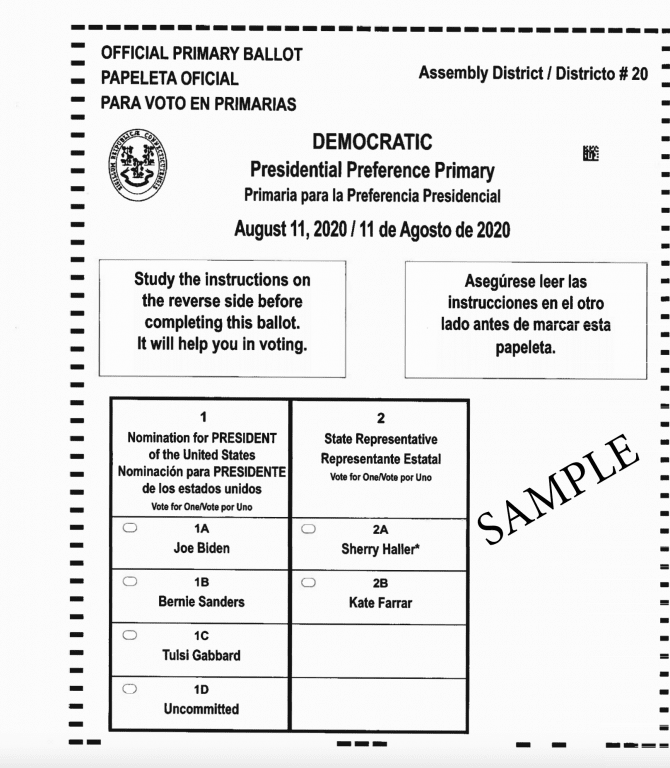 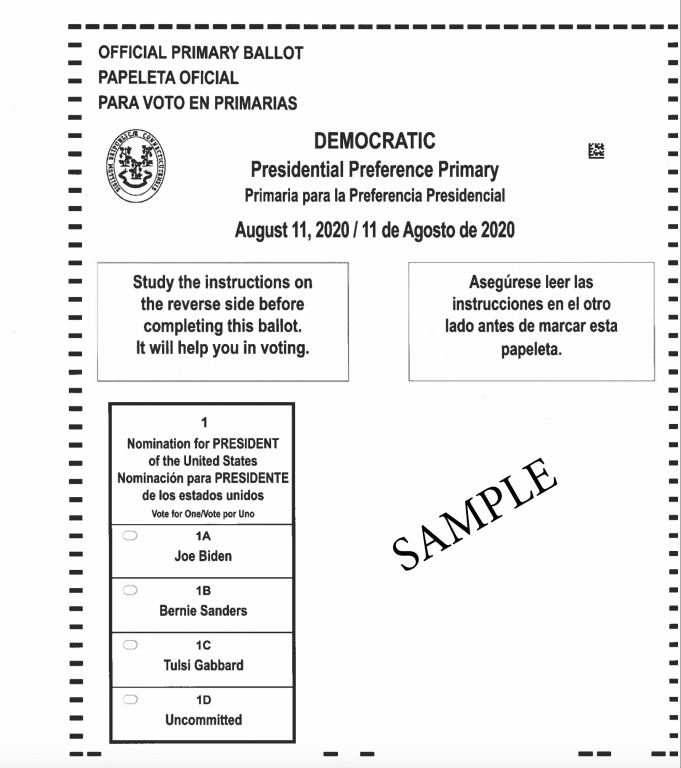 The absentee ballot bill passed by the state House now heads to the state Senate, which is expected to take up the legislation on Tuesday.