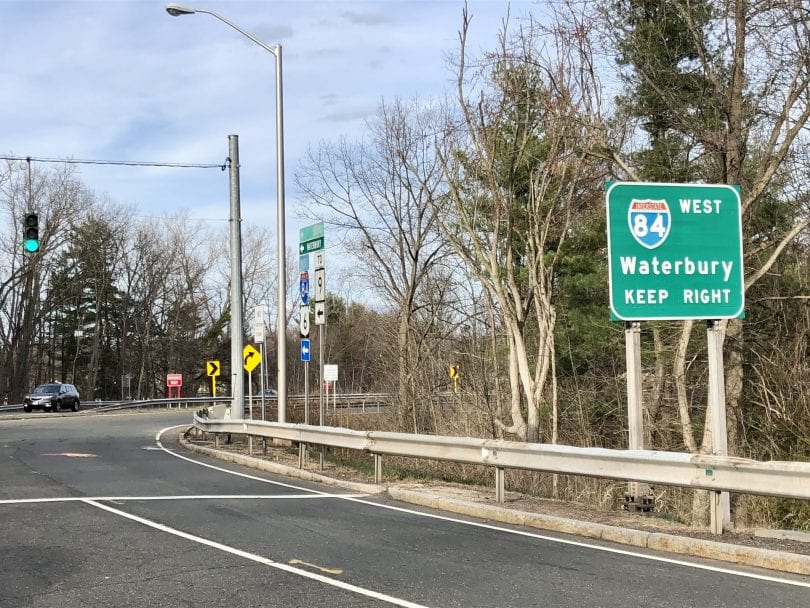 The Connecticut Department of Transportation said the Exit 40 on-ramp to I-84 westbound will be closed for roughly six months beginning April 5. 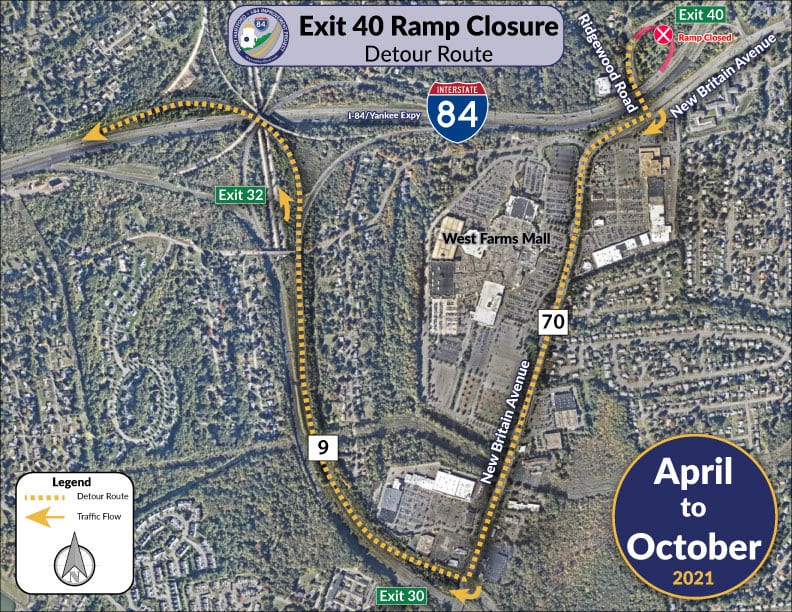 The westbound ramp to I-84 at Exit 40 will close again for about six months beginning April 5.

The Connecticut Department of Transportation (CTDOT) has announced the next phase of work will begin on the I-84 project in the West Hartford area, and the Exit 40 on-ramp to I-84 westbound at Ridgewood Road will close again for roughly six months, from April 5 through Oct. 4, 2021.

“The closure and detour are necessary to facilitate construction activities and safety improvements to the I-84 westbound bridge over Ridgewood Road. This will be the second and final ramp closure for the new bridge construction,” the construction team announced in a news release.

The ramp was closed from May through October 2020 during an earlier phase of the construction project.

The project was also made part of the governor’s CT2030 transportation plan, which recommended a toll gantry on I-84 near Berkshire Road in West Hartfordto finance it, but even without tolls is one of the projects that is now moving forward as part of the improvement of the state’s infrastructure.

According to Brennan, the overall project is intended to “improve safety and reduce congestion on I-84 between exits 39A (Route 9) and 43 (Park Road).”

The total project costs are estimated at $54.6 million, all of which will be paid by the state. O&G Industries, Inc. is the contractor for the project.

The entire project, which began in March 2020, is scheduled to be completed by summer 2023.

A website has also been established for the project, which includes an interactive map. That information can be found here. Calls can be directed to 860-594-3003. The public can also register to receive project updates by texting “i84info” to 22828 and follow the CTDOT on Twitter at https://Twitter.Com/CtDOTtofficial.

The state has provided an official detour to I-84 west (see photo at top), which routes motorists past the closed ramp, then turn right onto New Britain Avenue, and proceeds past Corbin’s Corner and Westfarms. Drivers will be directed to enter Route 9 in a northbound direction just past Michael’s on the Farmington/New Britain line, and take Route 9 to Exit 32, where they can enter I-84 in a westbound direction.