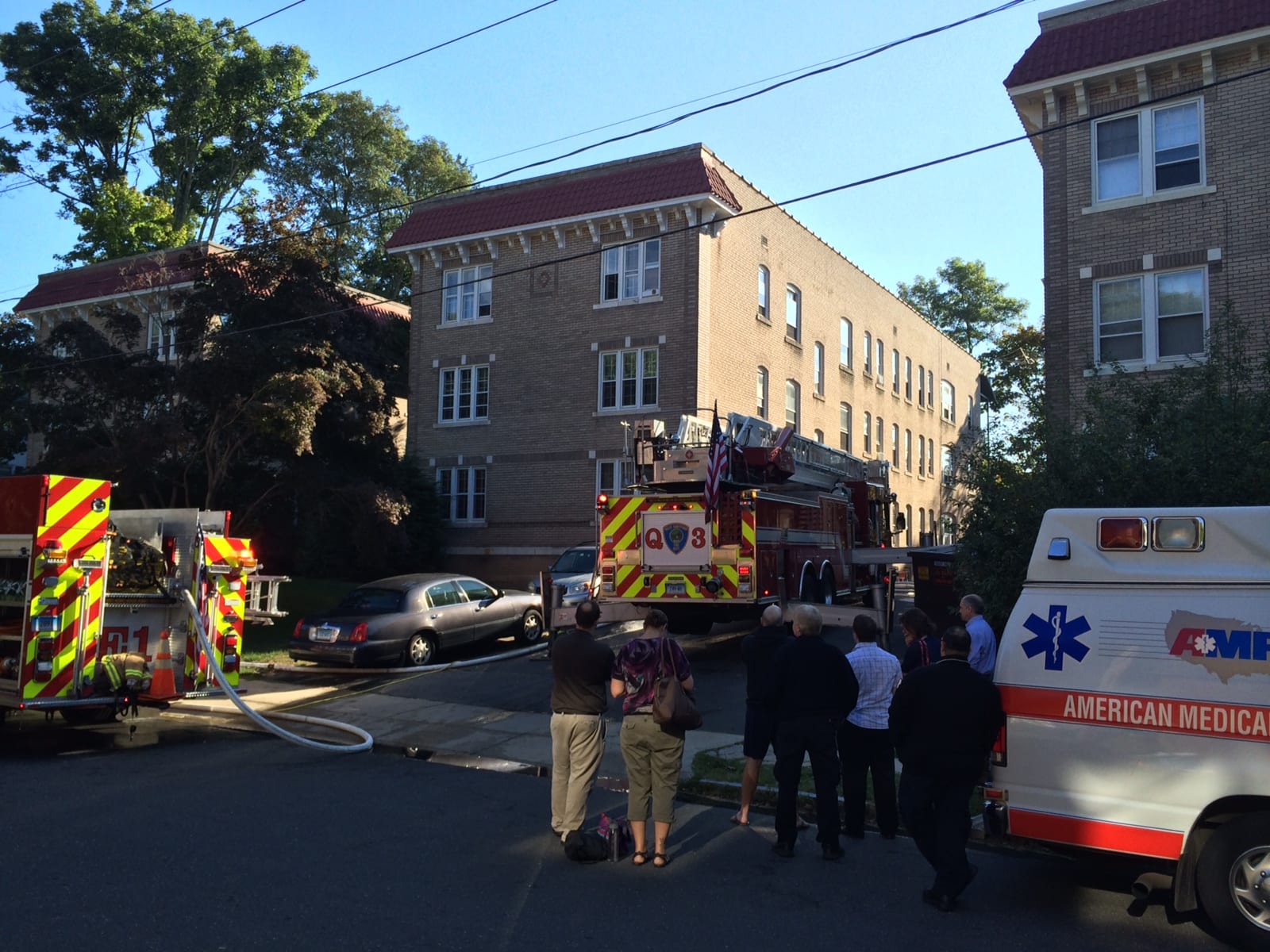 West Hartford firefighters and other emergency personnel on the scene of a fire at 8-14 Concord St. Photo credit: John Lyons.

The West Hartford Fire Department extinguished a blaze in the basement of an apartment building at the corner of Farmington Avenue and Concord Street Monday morning. 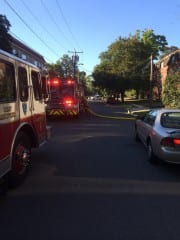 West Hartford firefighters were able to contain a blaze to the basement area of an apartment building located at 8-14 Concord St. A report of smoke seen by a nearby resident was received at 8:14 a.m. Monday morning.

According to Assistant Chief Michael Sinsigalli, the cause of the fire appears to be electrical. There was some concern that the fire could have spread through the chases to the roof, but that did not happen he said.,

Sinsigalli said that residents were evacuated without injury and would be able to return to their apartments later in the day.

Firefighters underwent decontamination after putting out the fire because there was concern about exposure to asbestos in the basement. Further investigation, Sinsigalli said, found that the insulation was fiberglass not asbestos.

Damage to the building was minor. 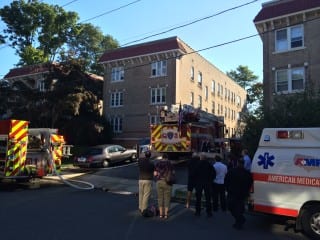 West Hartford firefighters and other emergency personnel on the scene of a fire at 8-14 Concord St. Photo credit: John Lyons.