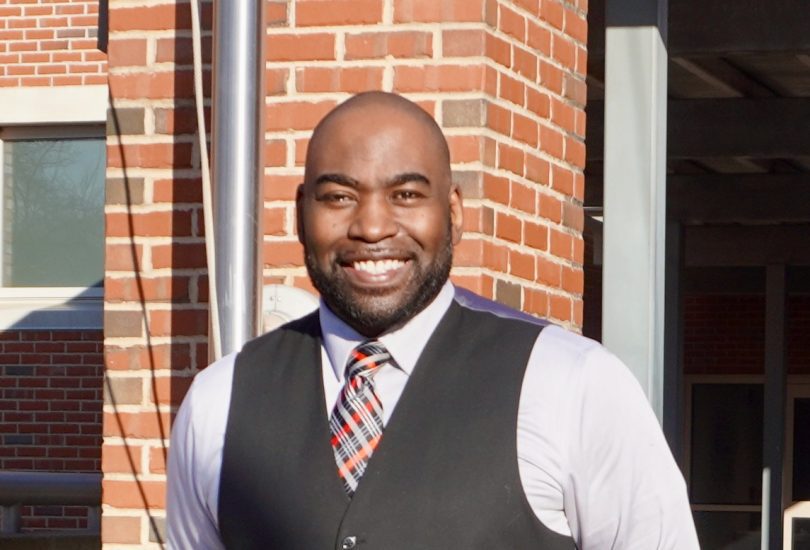 It was announced at Tuesday night’s Board of Education meeting that Jamahl Hines will officially become principal of Conard High School.

Jamahl Hines was appointed interim principal of Conard High School earlier this year, part of the domino effect of a shuffling in leadership roles in West Hartford Public Schools and the Town of West Hartford, but on Tuesday it was announced that the “interim” tag is being removed and Hines will officially become Conard principal

Andy Morrow, assistant superintendent and soon to be interim superintendent when Tom Moore departs at the end of June, announced that Hines had been chosen following an extensive search. “There’s a very high bar for Conard’s stewardship and leadership,” he said.

“I can’t begin to tell you how excited I am to be named Conard’s principal,” Hines told We-Ha.com on Tuesday. “This is an opportunity that I am so fortunate to have been considered for, but to go through the interview process and secure the position is amazing.”

The leadership changes were prompted by the naming of Rick Ledwith, who had served as executive director of Human Resources for both the school district and the town for the past 15 years, to the role of acting town manager in February. He took over for Matt Hart, who formerly served as town manager but left to become executive director of the Capital Region Council of Governments.

Hines, who in December 2021 was named Assistant Principal of the Year by the Connecticut Association of Schools, was appointed interim principal of Conard High School as of Jan. 31, 2022 by Superintendent Tom Moore.

Hines grew up in Bloomfield, and got his B.A. from UConn in 1993, and after graduating he went to work at Aetna. It wasn’t for him.

“Almost everyone in my family is an educator,” he said in a previous interview. His dad is a former superintendent of schools, his mom was a teacher and named Teacher of the Year in Hamden, and other family members are also in the education field. “I tried to avoid it, but it wasn’t in the cards for me.”

He earned an M.A. in education from Cambridge College, and his sixth year degree in educational leadership and administration from Central Connecticut State University. Prior to coming to West Hartford in 2013, he taught English and coached football, baseball, and lacrosse at Farmington High School.

He’s also said how excited he is about further driving Conard’s initiatives to become even more equitable and anti-racist. “I’m the first African American principal at Conard, and that’s cool. I embrace it.” As the founder of the Future Educators of Diversity program in town, he said he’s excited to make the principal role even more relatable to the Black and brown students.

Hines said he thrives on student energy, enjoys being at school, and is excited about graduations, proms, and pep rallies.

He will preside over the Conard as principal as the community embraces its new mascot and nickname.

“Now, the fun really starts,” Hines said Tuesday regarding his appointment to the official role. “I look forward to what we, as the Conard community, will accomplish in the months, weeks, and years to come. Thank you Conard and West Hartford!”