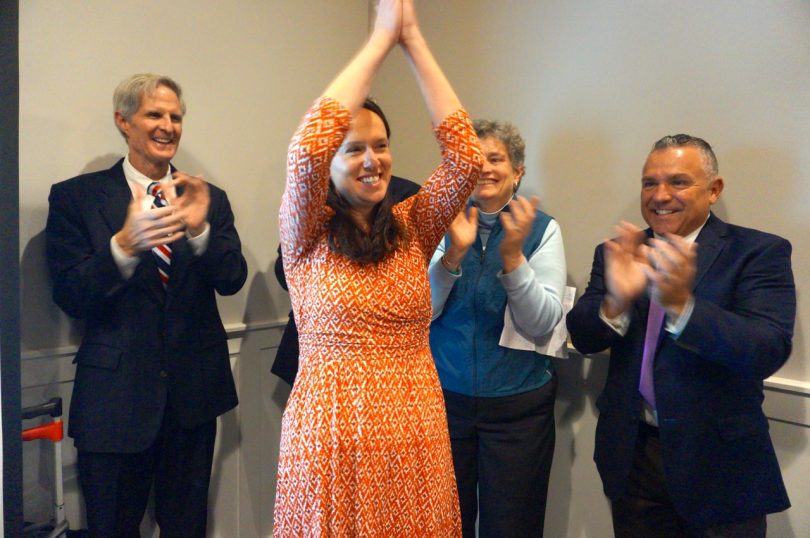 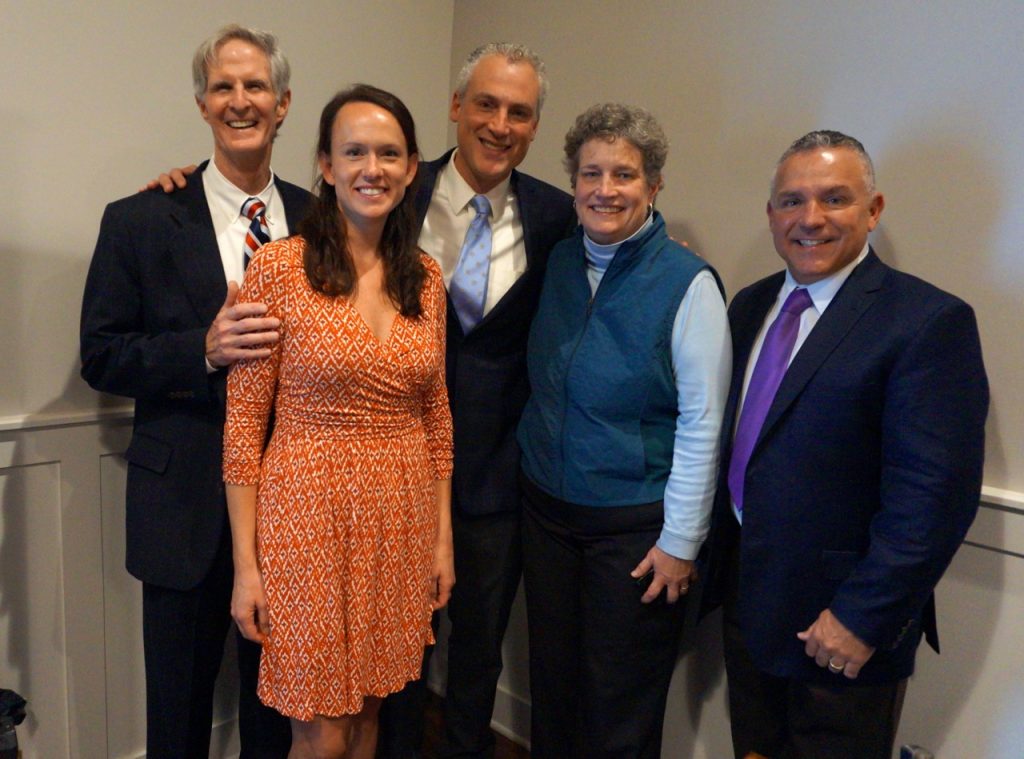 West Hartford Democrats had plenty to celebrate about local races Tuesday night as they gathered at Rockledge Grille after the polls closed.

In the two local races that had challengers, Democrat Jillian Gilchrest defeated Republican Mary Fay for the 18th State House district 71.9 percent to 28.1 percent according to unofficial results. Absentee ballots are included in the totals.

“I want to introduce our newest state rep, Jillian Gilchrest,” Slifka said, as the room erupted into applause.

“Well that sounds good, ” Gilchrest said, thanking her team, her husband, Evan, and the rest of her family, and all of her supporters. She also thanked State Rep. Andy Fleischmann, whom she defeated in an August primary, for his 20-plus years of service to the town and the state.

Gilchrest, 36, announced her plans to seek the Democratic endorsement on Jan. 7, and vowed to primary if she was not endorsed. She has a masters of social work in policy practice from UConn and is currently an adjunct faculty, and works as director of Health Professional Outreach at the Connecticut Coalition Against Domestic Violence. She previously served on the West Hartford Board of Education.

Gilchrest said she sees her overwhelming victory as as the power of the people in reaction to the hate and hypocrisy of the Trump administration over the past two years. “Our vote is our biggest power and tonight we used that power.”

Gilchrest said she is very excited to join the rest of West Hartford’s delegation. “We have more work to do, but together we can achieve it.”

Fay did not respond to request for comment via phone or text following the election results, but earlier in the day she said, “I left it all out on the field.” Fay said she was very proud of the job done by her campaign staff and supporters, but acknowledged that Republicans are greatly outnumbered in West Hartford. 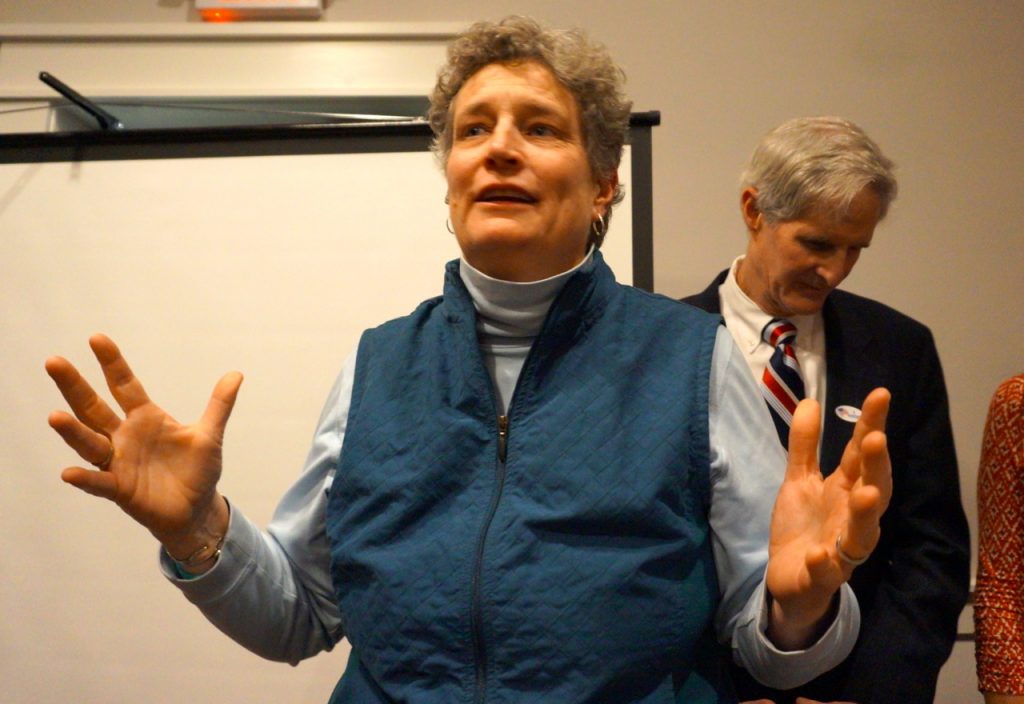 With results still outstanding in Avon and Burlington, incumbent State Sen. Beth Bye had a 67.6 to 32.4 percent lead over challenger Phil Chabot. Bye is a West Hartford resident while Chabot lives in Farmington. Bye received 72 percent of the vote in West Hartford, and 55 percent in Farmington.

Bye said that Chabot called her to concede shortly before 9 p.m. “He said we’ll get together and have a cup of coffee,” Bye said, to discuss the issues. “I thanked him for running a race that was clean,” she said.

Bye said that Democrats need to keep fighting. Even though the governor’s race had not been called yet, in West Hartford voters stood up for Democratic values with their support of Lamont, she said.

“We are going to create a brighter Connecticut for the future, so let’s get to it,” said Bye.

“The wave started here because of you,” State Rep. Derek Slap, who ran unopposed, told the crowd. He introduced a 70-year-old woman named Felicity, who had walked 2 miles Tuesday at 6 a.m., in the rain, to vote because she didn’t like the way things are being run.

“I’m going to continue to fight for you and your values the next two years,” Slap said.

“Thank you everyone,” said 20th District State Rep. Joe Verrengia. “Elections are not won by any one individual. Elections are won on the backs of many others.” He said that there is plenty more to do, and it can’t be done without everyone’s help.

While the gubernatorial and attorney general races remain too close to call late Tuesday night, Democrats were victorious in West Hartford from the top to the bottom of the ticket. The Lamont/Bysiewicz ticket received 61.3 percent of the vote in West Hartford, with 30.5 percent going to Stefanowski/Markley, and 8 percent to Griebel/Frank. Incumbents Sen. Chris Murphy and Rep. John Larson garnered more than 70 percent of West Hartford’s vote, and other Democrats on the ticket all received more than 60 percent.

Fifteen minutes before the polls closed, turnout in West Hartford had exceeded 66 percent at the polls. There were close to 3,000 absentee ballot votes and roughly 500 Election Day registrations, Town Clerk Essie Labrot said.