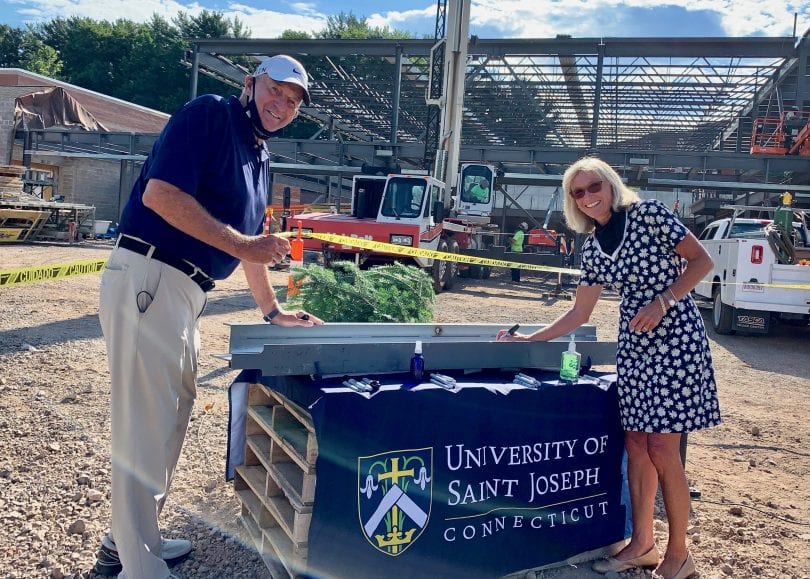 The University of Saint Joseph in West Hartford held a ‘beam signing’ ceremony Tuesday, marking the next phase of construction of its athletic facilities. 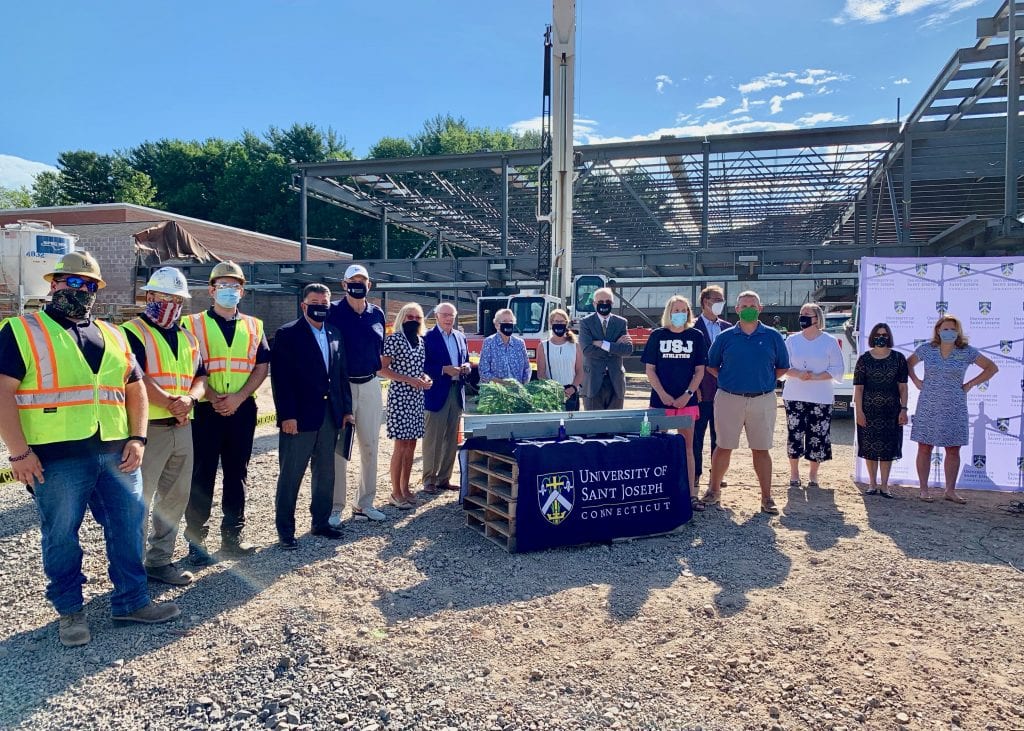 The University of Saint Joseph has been undergoing a transformation over the past several years, and Tuesday reached a new phase in the upgrading of the athletic facilities at the West Hartford university as President Rhona Free and legendary basketball coach Jim Calhoun, joined by donors, staff, and construction crews, held a “beam signing” ceremony, marking the completion of the steel installation for the expansion of the O’Connell Center.

It’s been just over three years since the University of Saint Joseph decided to become co-ed in the fall of 2018, and nearly three years since Calhoun, a Hall of Fame basketball coach who formerly led the UConn mens team, was hired to build a mens basketball program at the DIII school.

The completed facility will include two basketball courts, a training room as well as a strength and conditioning room, expanded laundry and equipment rooms, several new offices, and will also house the student health services center.

Construction is expected to be complete by March 2021.

USJ, which has more than 200 athletes competing in 15 varsity sports, is a member of the Great Northeast Athletic Conference (GNAC), and in conjunction with the conference announced Monday that the difficult decision has been made to suspend formal participation in conference and non-conference sports for the upcoming fall semester.

“USJ has partnered with the Great Northeast Athletic Conference (GNAC), the NCAA, and the State of Connecticut to study health and safety guidelines and to monitor a potential return to play. The changing nature of COVID-19 and the state-by-state differences of its impact, as well as varying guidelines under which GNAC institutions operate have proved to be challenging,” USJ said in a news release.

The decision was made with the safety of USJ students, coaches, staff, fans, and associated families as the top priority, USJ said.

Athletes will return to campus for the fall semester along with the rests of the students, and will be permitted to engage in “conditioning and small group workouts with coaches in accordance with NCAA rules and the university‘s Mask and Distancing policies.” If public health conditions and guidelines permit, team practices and “other meaningful athletic opportunities” will be allowed to take place.

The informal fall seasons of spring sports will also be subject to the same protocols as the fall sports. Winter sports will begin workouts and practices in accordance with safety guidelines.

“Recognizing that our gifted student-athletes are such positive ambassadors for the university, and athletic competitions are so integral to campus life, the USJ administration and coaches will continue to work for a safe return to play, on/in the field, court, pool, and pitch,” the school said in the release. 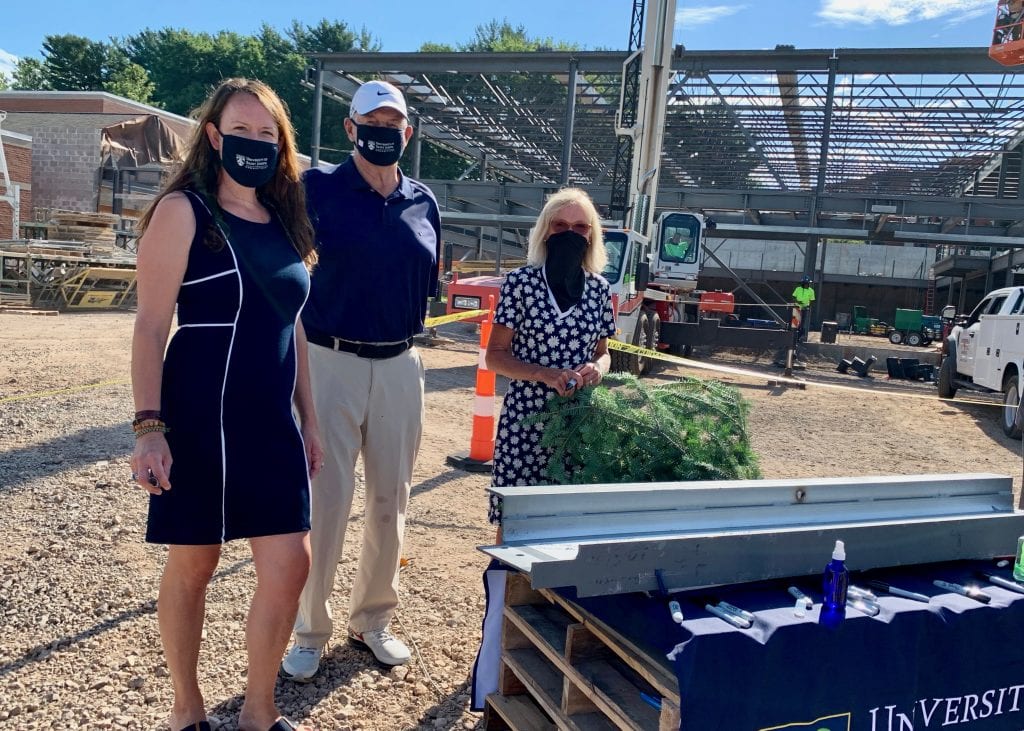