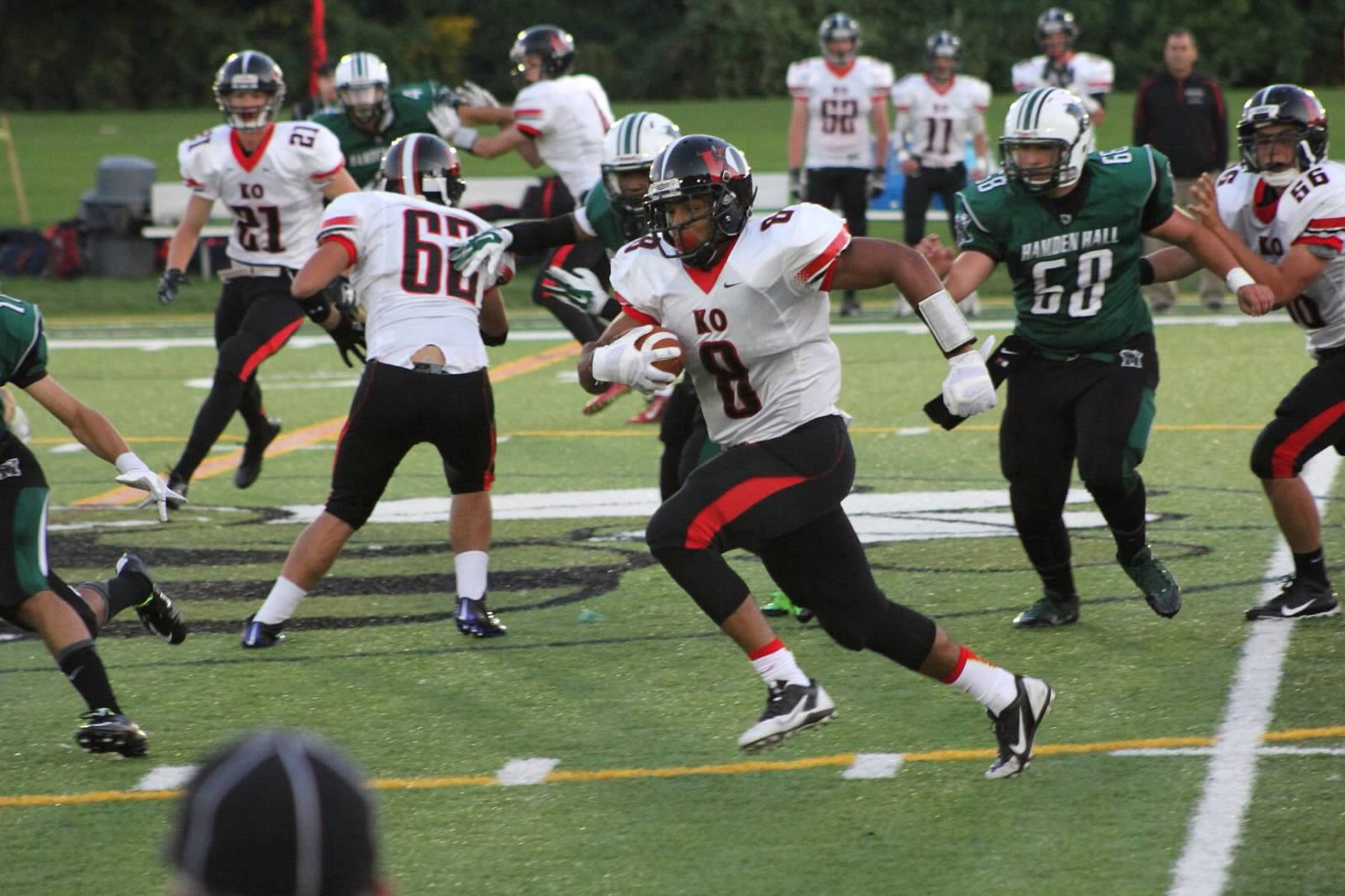 The Wyverns opened the season against Hamden Hall on Sept. 19. 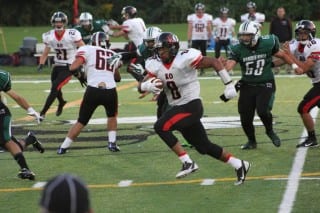 Kingswood Oxford’s Varsity Football team opened its season with a 42-14 win against Hamden Hall under the lights on Sept. 19, in front of a large and enthusiastic crowd of face-painted Wyverns who traveled to Hamden for the game.

Running back Sharrieff Grice ’15, who has verbally committed to play at Boston College next year, rushed for an astounding 274 yards on 18 carries with 1 touchdown. In his first game as the Wyvern quarterback, Jacob Hallenbeck ’16 did a fine job, going 8-13 for 184 yards and a touchdown.

Other standout performances included Isaiah Wright ’16 (caught 5 passes for 161 yards and a touchdown) and J’Ron Barrett ’15 (57 yards on only 9 carries).

Defensively, Koby Quansah ’16 led the day with an amazing 21 tackles; he also had one interception return for a TD and 2 rushing touchdowns. His hard work and determination have inspired the entire defense, as KO gave up only 156 yards.

Other key contributors: Andre Jett (11 tackles), Dylan Stewart (6 tackles), Andrew Lemkuil (5 tackles and an interception), and Nye Deskus and Mason Harvey, who locked down the Hamden Hall receivers for most of the night. It was a total team effort by every part of the program — including the coaching staff and the “12th man” in the stands. 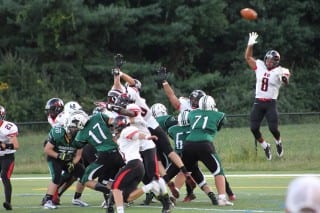 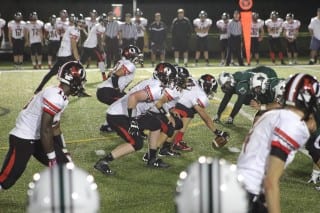