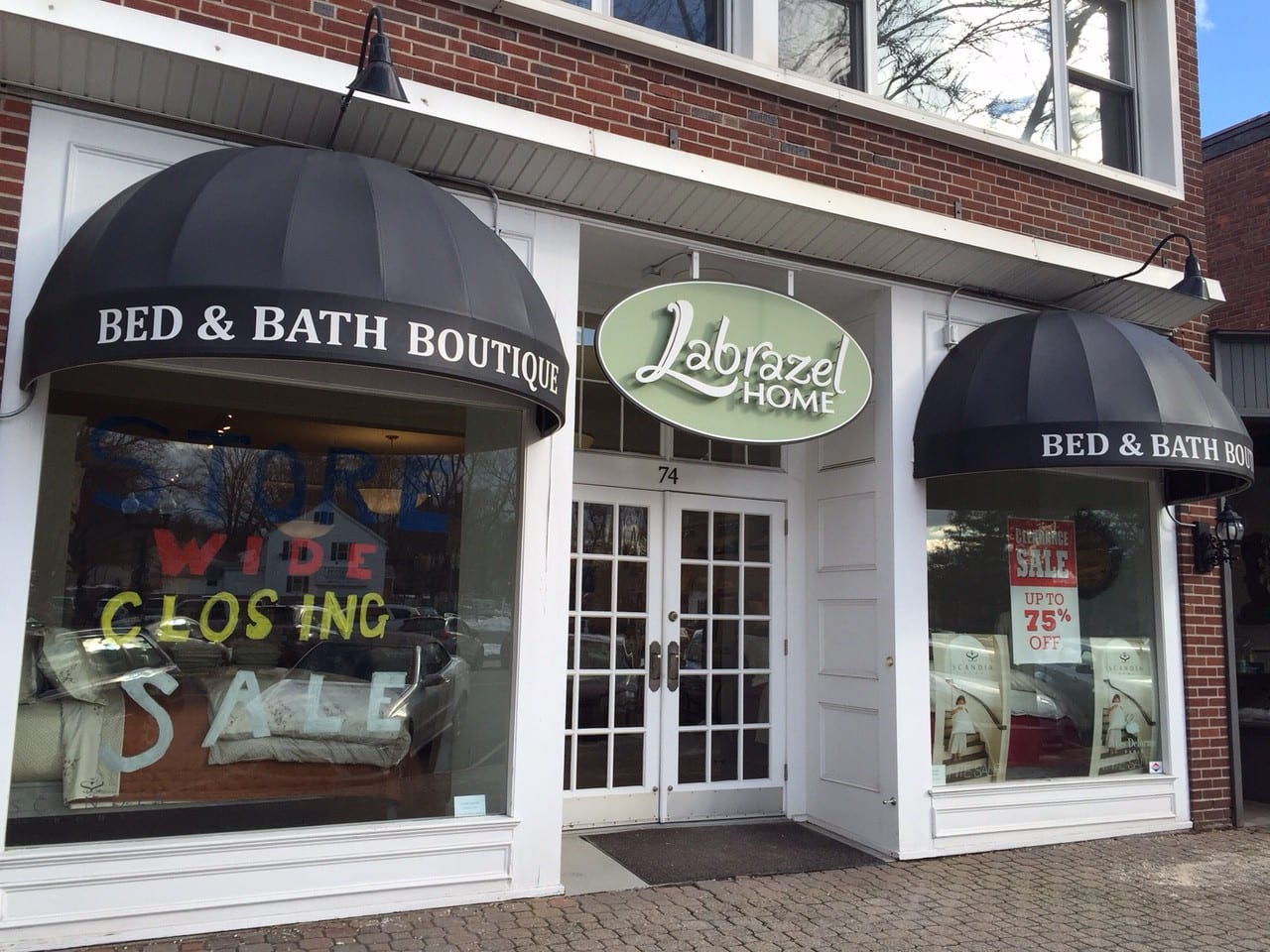 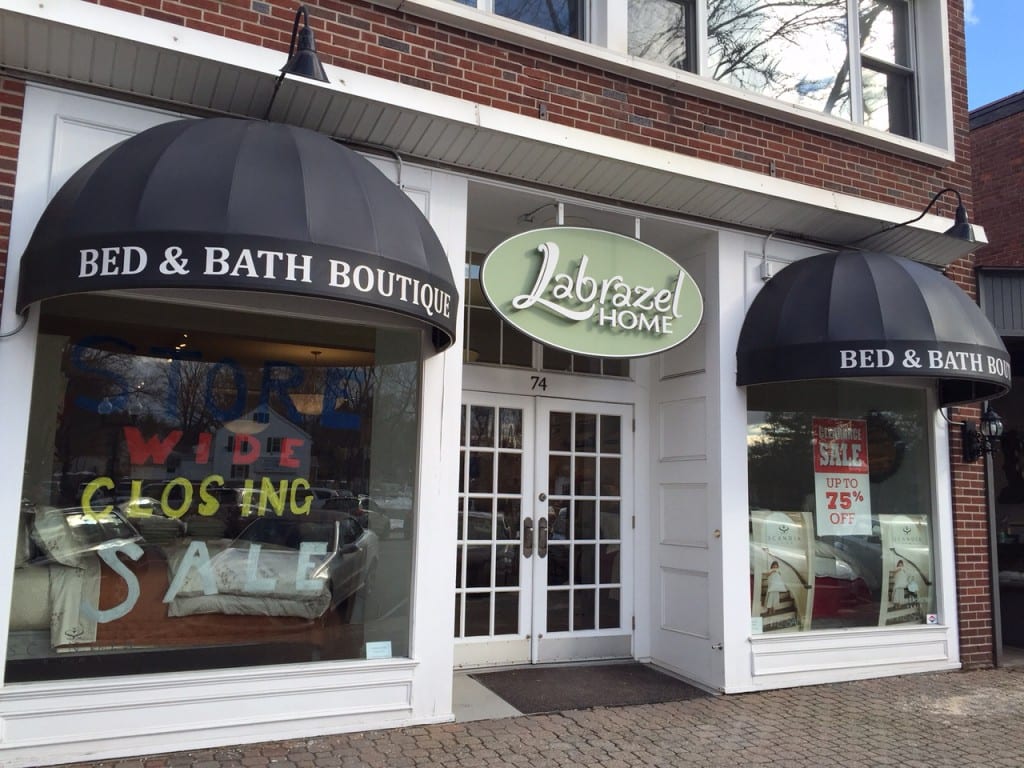 After 14 years in West Hartford Center, the doors will close for good at bed and bath boutique Labrazel Home when the current lease expires on April 30, 2016, owner Lauren Zeligson said Wednesday.

A sign indicating that the 74 LaSalle Rd. store will be closing, and advertising deep discounts, was posted in the window Wednesday morning and Zeligson also sent a letter to her customers.

“There were many factors all combined that clearly pointed to this decision for me,” Zeligson said.

Labrazel’s business is unique in that it has not only been a West Hartford store, it’s also a brand – one that has built an international presence, Zeligson said. “That’s where our big growth has been, and where it’s headed.”

“It doesn’t make sense to be tied to brick and mortar,” said Zeligson, as she is about to embark on a major life change when she becomes an empty nester in the fall and would like to be able to spend more time traveling.

Labrazel Home is located in one of the buildings that the Sinatro family recently sold to LaSalle Road Partners. Although she said that ongoing changes in West Hartford Center were a contributing factor, she did not enter into discussions with the new owners about her rent because she had already decided to make the change. Labrazel has been in the LaSalle Road space for five years, and the store was previously located on Farmington Avenue for nine years.

“We were disappointed to learn that Labrazel was leaving before we had a chance to get to know and work with them,” Dan Joseph of LaSalle Road Partners said Wednesday.

The brick and mortar store may be closing, but Zeligson said that the business will continue through its successful e-commerce site, LabrazelHome.com.

She will also focus on the wholesale business, which she runs with her husband from office space at 1007 Farmington Ave., above the former storefront. Labrazel bath accessories will continue to be sold at ABC Carpet & Home in New York City (888 Broadway at 19th Street) and at Harrods in London, and at other retailers.

Although Zeligson said that she will miss working in the store on a daily basis, it’s time to start a new chapter and move on. “I will miss it –  it’s very bittersweet,” she said.

In a letter mailed to customers, Zeligson said it has been a pleasure to get to know them over the past 14 years. “I feel very fortunate to have had so many years of success, such dedicated staff, and most importantly so many loyal customers. It has also been a great privilege to be part of the West Hartford Center community,” she wrote.

The store is fully stocked with merchandise, and Zeligson said that everything will be marked down immediately.

Zeligson has organized West Hartford Center’s Kidscard fundraiser for Connecticut Children’s Medical Center for the past 10 years. She said she hasn’t yet finalized plans for the future of the fundraiser.