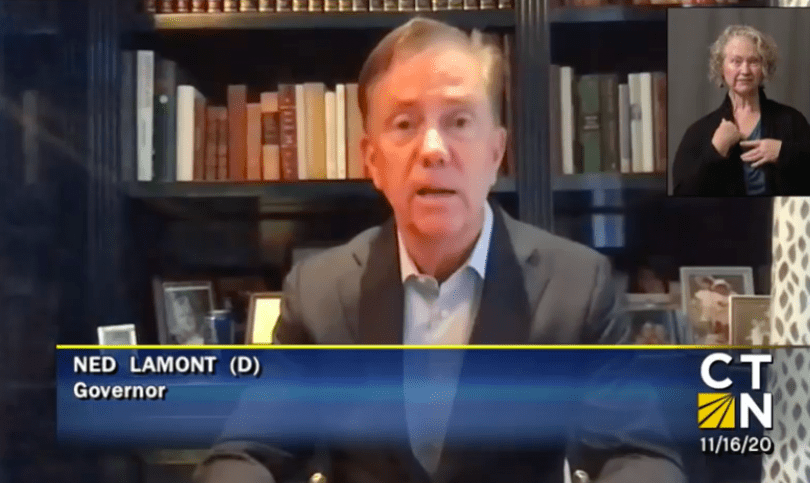 There were 73 new positive cases of COVID-19 reported in West Hartford over the past three days, according to data released by the state Monday. 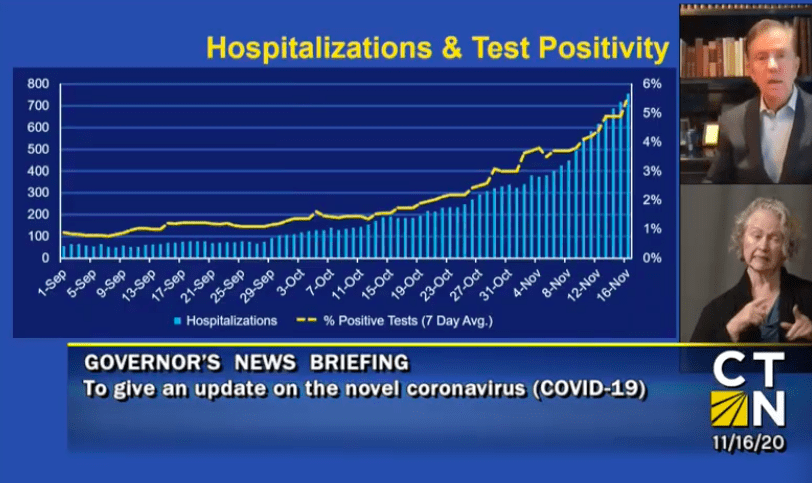 Nearly 100 people were hospitalized with COVID-19 over the past three days in Connecticut, prompting concern from Gov. Ned Lamont Monday not over hospital capacity but for the health care professionals staffing them.

Lamont generally conducts twice-weekly coronavirus briefings, and he spoke Monday from his Greenwich home, where he has been quarantined since Friday when his administration announced that the governor’s Communications Director Max Reiss had tested positive for the coronavirus. Lamont and senior administration officials reported multiple negative test results throughout the weekend. The governor said he would remain quarantined at least through the end of the week. 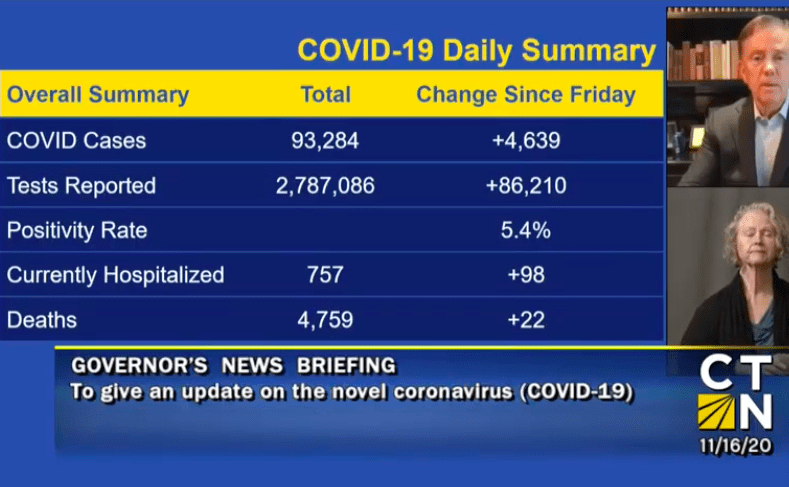 The governor said he expects the number to exceed 100,000 by the week’s end. Twenty-two people died as a result of the virus over the weekend, bringing the total number of fatalities to 4,759.

Data released by the state Monday indicated that West Hartford had 73 more positive cases reported over the prior three days. The town has recorded 153 new positive cases over the past week.

Hospitalizations continued to rise sharply statewide as 98 patients were admitted since Friday. Currently, there are 757 coronavirus patients in hospital beds around the state. That’s more than at any time since the third week in May, according to Geballe.

A majority of the new hospitalizations are in Fairfield (54) and New Haven (24) counties. 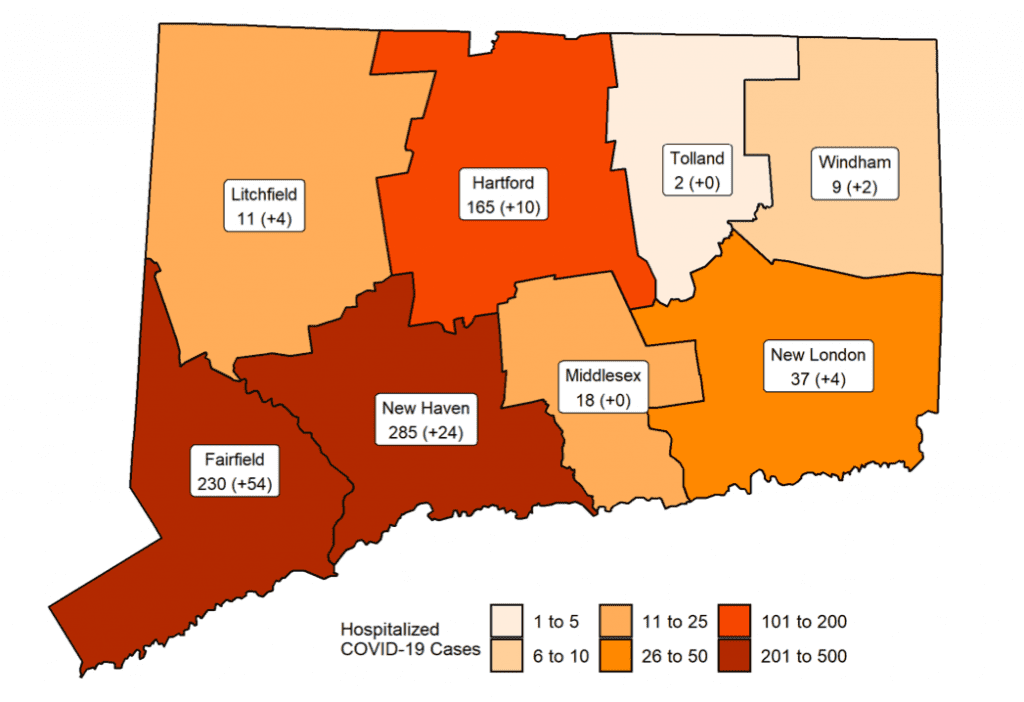 But while hospital capacity remains a concern, Lamont said capacity can be expanded if needed by delaying elective procedures or setting up field hospitals. He said the current surge will be less about available hospital beds and more about available staff.

Managing this spike in cases will be “more about making sure we can keep our doctors and nurses energized with enough backup and enough support to manage what could be the surge going forward,” the governor said.

While the first wave of the virus unfolded regionally, enabling some health care workers to fill in where they were needed, the current surge is taking place all over the country. Lamont read headlines from around the nation describing exhausted medical workers.

Acting Public Health Commissioner Deidre Gifford sought to reinforce the relationship between adhering to public health guidelines and the welfare of health care workers who must deal with consequences of ignoring those guidelines.

“It can be a little bit hard to make the connection between attending a large wedding or a large party or an event and the overworked and potentially ill health care worker. But that is exactly the relationship we hope people will keep in mind as they think about maybe ignoring some of these rules,” she said.

“We have nursing assistants in nursing homes and nurses and doctors on the front lines in Connecticut who have been dealing with this pandemic for months now and they are exhausted. We really need to think about them as we go about our daily lives and think about helping them,” she said. 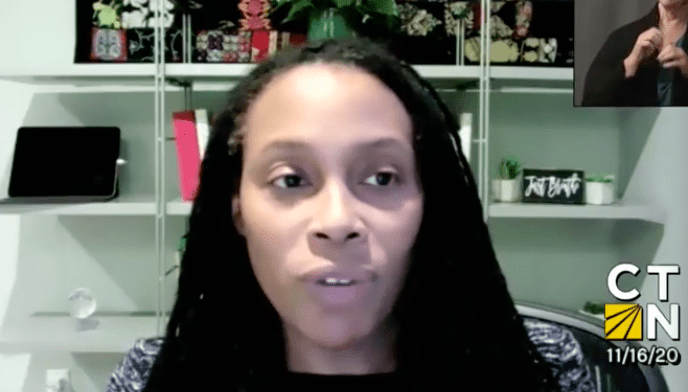 Asked about projections presuming that COVID cases would continue to spike for the rest of the year, Nunez-Smith said the models were not inevitable.

“We each have the power to change that projection. It is through those, what I think of as simple acts that honor our health care workers and honor our neighbors by wearing a mask consistently, wearing them the appropriate way,” she said, adding that people also must distance socially. “That is how we disrupt those projections.”