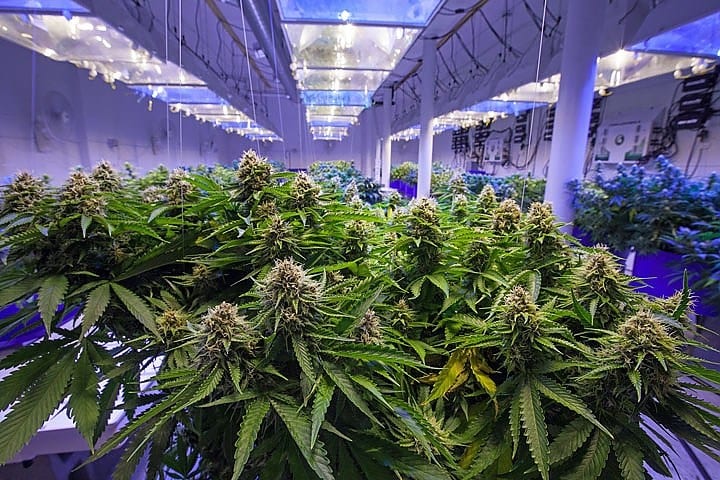 Gov. Ned Lamont has proposed a bill that would legalize marijuana as of May 2022.

Taxes on recreational marijuana sales would help fund Connecticut cities and towns under Gov. Ned Lamont’s two-year budget proposal released Wednesday, which counts on the legislature legalizing the substance after years of standstill on the issue.

Legal cannabis would generate modest revenue in the short term. Lamont’s budget assumes $9.9 million in its first year and $32.6 million in the second. Those figures come from a proposed 6.35% sales and use tax and 9.5% excise tax. The proposal also gives municipalities the option of levying their own 3% excise tax.

“Massachusetts dispensaries are advertising extensively here in Connecticut,” Lamont said during his budget address. “And, rather than surrender this market to out-of-staters, or worse, to the unregulated underground market, our budget provides for the legalization of recreational marijuana.”

Lamont’s 163-page bill would legalize the substance as of May 2022. Beginning in 2024, 50% of the new state revenue would be diverted to towns and cities. In addition to legalizing and taxing the substance, the governor’s legislation attempts to tackle social justice issues raised by its historic prohibition.

The bill would wipe away most records of criminal convictions related to marijuana laws. It will also include a marijuana business licensing structure aimed at promoting communities negatively impacted by the war on drugs and establish an Equity Commission to oversee and advise the process.

But legalization is by no means a forgone conclusion in the legislature. At the outset of the legislative session, House Speaker Matt Ritter, D-Hartford, predicted the concept had a 50-50 shot at passage this year. On Wednesday, the odds hadn’t improved much.

Even if it’s not a sure bet, Rep. Sean Scanlon, a Guilford Democrat who co-chairs the Finance Committee, said he felt it was appropriate for Lamont to include the revenue in his budget proposal.

“There is a lot of support in our caucus to get this done. I think there, frankly, could be support in the Republican caucus,” he said. “The people of Connecticut by and large – if you trust the surveys – I think they want to see it get done as well.”

During a separate press conference, Republican leaders acknowledged the issue was not necessarily a partisan one. But House Minority Leader Vincent Candelora, R-North Branford, said Lamont’s proposal seemed likely to lose support from Republicans as a result of how it was crafted.

“The devil is always in the detail on that issue,” he said.

The governor’s bill would not permit residents to grow marijuana at home. It reduces the penalties for growing the plant and tasks the Consumer Protection Department with studying the issue.

“We had support years ago when we had home-grown policies and the Libertarian sort of belief that people should be allowed to grow the plant in their households. It’s now morphed into a social justice proposal that is diverting substantial amounts of money into cities and is giving priority to certain people to be able to get the license,” Candelora said.

House Majority Leader Jason Rojas, D-East Hartford, said he hoped Democrats would coalesce on the issue now that Lamont had released a proposal.

“Our members actually need a proposal they can react to, a proposal that’s seriously being considered and I think we’re at a point where, certainly with the governor’s including it in his budget, that the discussion just got serious,” he said.