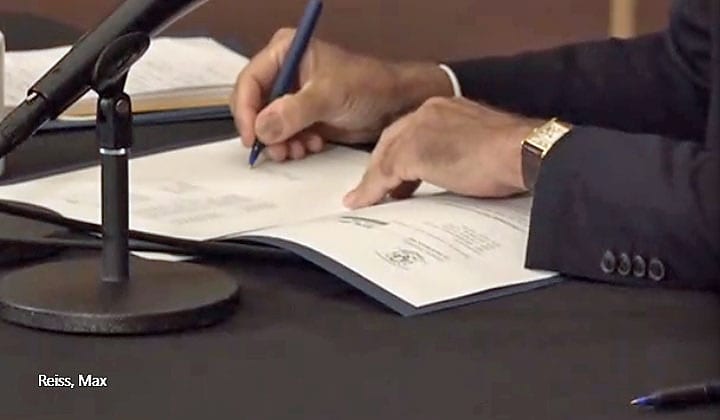 The qualified immunity portion of the bill doesn’t take effect until July 2021, and the use-of-force provision will take effect in April 2021.

The bill caused an uproar among police officers in Connecticut, who were concerned with a number of provisions, including changes to qualified immunity. The bill was crafted in the wake of George Floyd’s death to address policing issues here.

“I think at the end of the day we all understand how important it was and what a big step this is,” Lamont said before signing the bill.

Paul Mounds, Lamont’s chief of staff, met with four police unions Thursday. He said, “There’s going to be continuous conversations as it deals with the bill, particularly on the implementation.”

Both sides agreed that more work needs to be done to clear up misunderstanding.

Police worry that it would increase their personal liability on the job and perhaps cause officers to reconsider the profession.

“I want to emphasize that this was not a bill that was done in haste or unnecessary rush,” Rep. Steve Stafstrom, D-Bridgeport, said. “In fact, the bill was done purposefully to respond to the call for change and the need for quick change.”

Floyd’s death prompted widespread, sustained protests in Connecticut and across the globe.

However, Sen. Gary Winfield, D-New Haven, who has been working on this issue for more than 20 years, pointed out during the debate earlier this week that the bill was about Connecticut, which is not immune from the issue.

In 2019, 24 deadly use-of-force and in-custody death investigations were conducted by state and municipal police and the Department of Correction, according to Chief State’s Attorney Richard Colangelo. There were at least 19 similar investigations in 2018, he said. 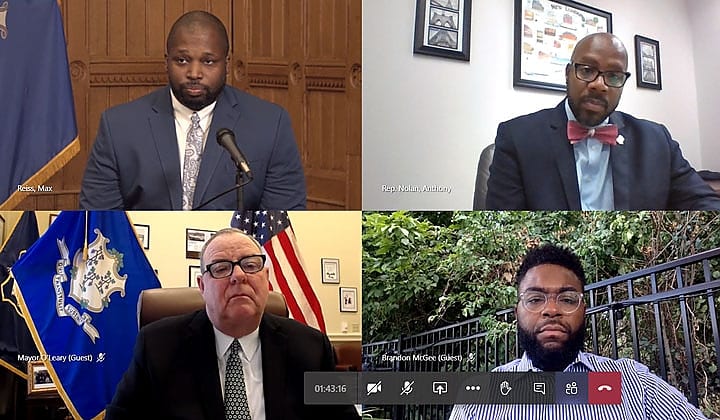 On Friday, Waterbury Mayor Neil O’Leary, who is a retired police chief, said he believes there’s still “an enormous amount of misinformation about this bill.”

He said it will be incumbent on lawmakers to make sure law enforcement understands what this law does and doesn’t do.

He said senior officers eligible to retire may consider it if they aren’t well-informed about what this bill actually does. O’Leary said it won’t inhibit younger officers from being officers.

O’Leary said he believes the bill will protect good police and protect them from “rogue officers whose actions erode the public trust.”

Police are still largely opposed to the law, though.

It requires them to display their names and badge numbers on the outside of their clothes. It allows cities and towns to create civilian review boards that have subpoena power; requires body and dashboard cameras; and creates a new independent office of inspector general to investigate deadly use-of-force incidents.

However, there are provisions in the bill that the state police don’t like, including qualified immunity.

“It’s always been my intent to work on language tweaks as we implement this bill,” Stafstrom said.