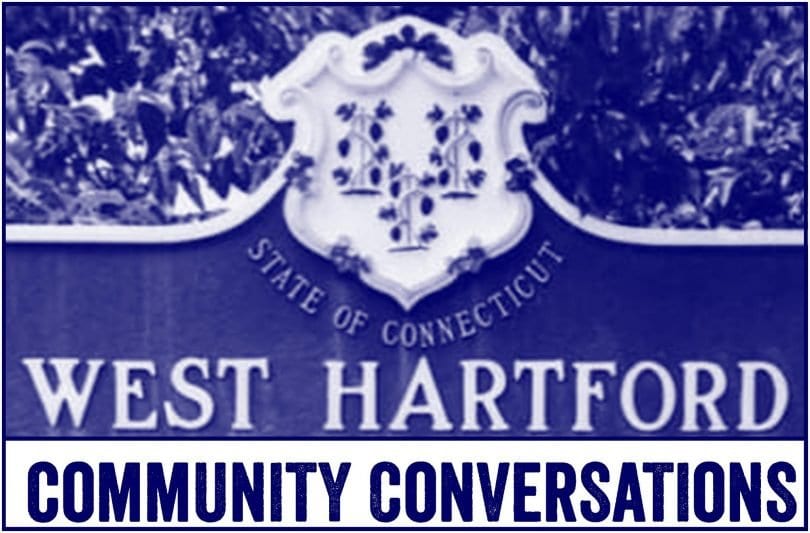 In May 2020, the country was shaken by the senseless and unjustified death of George Floyd. As tragic as Floyd’s death was, it was far from being an isolated incident.

Eric Garner, Michael Brown, Tamir Rice, Breonna Taylor, Ahmaud Arbery … these are just a few names out of a multitude of people who over the past 400 years have lost their lives due to racial injustice. Current events have demonstrated clearly the need for us to better understand the legacy of slavery in our community and the racial bias that still exists today. For us to understand American history, we must acknowledge the history of systemic racism that enables discrimination and protects the violation of human rights.

“West Hartford Community Conversation: Policing, Part I” will take place on Wednesday, Oct. 28, 2020 at 6 p.m. This is a make-up date for the original program that was postponed in August due to the impact of Tropical Storm Isaias. It is a free event open to the public.

Please preregister here to participate in the Zoom event. After registering, you will receive a confirmation email containing information about joining the webinar. Thank you to West Hartford Community Interactive for hosting this Zoom webinar.

The community of West Hartford, like so many across the United States, is trying to come to grips with its legacy of slavery and institutional racism. In reaction to Floyd’s death, several peaceful protests were organized in West Hartford in June 2020 to unite residents around the disapprobation of racial injustice.

At the encouragement of Mayor Shari Cantor, a committee of community stake-holders formed to investigate other ways the Town of West Hartford might provide an outlet for its residents to discuss and consider the history of slavery and racial bias in town. “If we’re going to contribute to positive change in our community, we need to understand where we’ve come from,” said Cantor. “As keepers of the town’s history, the Noah Webster House & West Hartford Historical Society (NWH&WHHS) is a natural fit to lead a town-wide conversation.”

The goal of West Hartford Community Conversations is to create a safe space for community discussion, provide a historical context for modern problems, and generate ideas for action steps we all can take to create a more fair and just community.

The first series of West Hartford Community Conversations will be on the role of policing in our community. The brutal death of George Floyd at the hands of Minneapolis police officers has called into question the tactics and motives of police in general.

Earl Exum, president of the West Hartford African American Social & Cultural Organization (WHAASCO), will be the moderator. Mayor Cantor hopes many residents will attend this virtual event to get the conversation started. “If we want to change the state of our society, we all need to be more respectful and culturally responsive,” she said. “We all must play a role.”

Stafstrom, state representative from Bridgeport, played an important role as House Chair of the Judiciary Committee, in the new police accountability legislation that was passed by the Connecticut General Assembly in a special July 2020 session. The new law creates the office of an Inspector General to investigate complaints of police misconduct, requires police and correction officers to intervene when witnessing brutality, mandates body and dash cameras, bans chokeholds in most circumstances, and clarifies that deadly force can be used only when police exhaust all reasonable alternatives. Portions of the law take effect at different times.

Participants are encouraged to submit questions for the panelists in advance of the Conversation and may do so by emailing [email protected].

The goal of West Hartford Community Conversation: Policing, Part I is to provide the context for discussion that will continue in Parts II and III.

Part II will take a look at historical West Hartford demographics and how they have changed over time and will ask us to consider how we can best serve today’s community and use our resources for the best possible outcome.

Part III will look at the boundaries between police and schools and will explore collaborative efforts to ensure that our students are safe when in school or outside of it.

Parts II and III will utilize Zoom with breakout rooms for residents to have meaningful conversations about the issues at hand. More information about West Hartford Community Conversations: Policing, Part II and III is available at noahwebsterhouse.org.

The West Hartford African American Social & Cultural Organization’s mission is to facilitate fair and equitable participation in the civic, political, economic, education, and cultural activities within the West Hartford community.

The Witness Stones West Hartford Project asks us to acknowledge and bear witness to West Hartford’s history of slavery. The presence of slavery in West Hartford’s history makes us face the complicated relationship between both owners and enslaved people, and consider issues of oppression, dehumanization, paternalism, agency, and resistance that the system of slavery invoked. By addressing the historical record, acknowledging injustice, naming the perpetrators, and honoring those who suffered under and resisted its grip, we can restore the history and honor the humanity and contributions of the enslaved individuals who helped build the community.

The Noah Webster House & West Hartford Historical Society is a cultural destination where citizens can learn to understand and appreciate the past. The museum preserves the birthplace of Noah Webster, the founding father, educator, author, and lexicographer who taught generations of Americans what it means to be American. This National Historic Landmark is also a repository for West Hartford history, the community that molded Noah Webster’s future and is still thriving over 250 years later. The historic house and exhibit spaces are open daily 1 p.m. until 4 p.m. For information on the museum’s extensive school and public programs, please visit www.noahwebsterhouse.org or call 860-521-5362. The museum would like to thank the Hartford Foundation for Public Giving for their continued support.