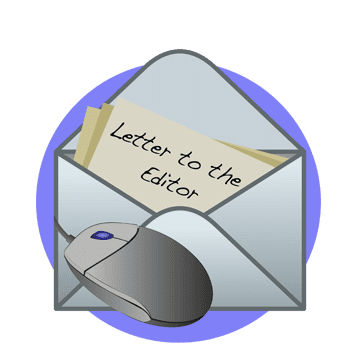 We-Ha.com welcomes Letters to the Editor from the public. Please provide your name and town, as well as your phone number at the end of the letter. Phone numbers will not be published but are required in case verification is needed. Please submit letters to [email protected].

On Tuesday, Democratic voters will head to the polls to elect our town’s next Probate Judge. I proudly endorse OWEN EAGAN for Judge of Probate and I respectfully ask voters to cast their ballot for Owen as well.

I have known Owen for 30 years. He is an experienced attorney who possesses keen legal knowledge in the area of probate law. During his 30-year legal career, Owen has served as trusted probate counsel on estates, trusts, adoptions, conservatorships and guardianships. He founded the law firm of Eagan, Donohue, Van Dyke & Falsey, LLP twenty-eight years ago. In the legal community, Owen is a very well respected member of the Connecticut Bar. His firm has represented West Hartford residents on many legal matters from real estate closings, personal injury matters to working with many clients on the documents necessary to prepare one’s estate, such as a will, a trust, a durable power of attorney, a living will and advanced directives.

Owen enjoys working with people. He is a trusted confidant, a good listener and a strong advocate for his clients. His mild manners, his reasonableness and his good judgment will serve him well as Probate Judge. Owen places a strong value on family and familial relationships. He understands that there may be disagreements that will arise between individuals, yet he is well positioned to use his excellent mediation skills to resolve these differences. Owen is a fair, compassionate, empathic and gentle man. He has the “judicial temperament” to serve as West Hartford’s next Probate Judge.

In May, Owen earned the endorsement of the West Hartford Democratic Party. Owen’s name will appear on the top line of the ballot with an asterisk (*) next to his name. The asterisk indicates that he is the “Endorsed” candidate of the Democratic Party.

During the campaign, Owen has worked quite diligently. He has enlisted the support of dozens of West Hartford residents to assist him in this campaign. Thousands of telephone calls have been made to voters and hundreds of doors have been visited. Owen has tried his best to reach as many West Hartford voters as possible to tell them about his qualifications. In case you haven’t heard from Owen personally, please allow me to tell you briefly about his background.

For over 35 years, Owen has called West Hartford home. He is a graduate of Northwest Catholic High School, earned his BA from Wesleyan University and his law degree from Georgetown Law Center. He has worked, coached and raised his family here in West Hartford. Owen has served as a member of the West Hartford Town Plan & Zoning Commission. He was elected to the Town Council and he served our community as its Deputy Mayor. Currently, Owen serves as the appointed Chair of the Connecticut Freedom of Information Commission. By volunteering as a youth sport’s coach or being elected/appointed to a political office, Owen has demonstrated his willingness and capability to serve the residents of our community.

On Tuesday, August 9th, please join me by voting for Owen Eagan as West Hartford’s next Probate Judge.