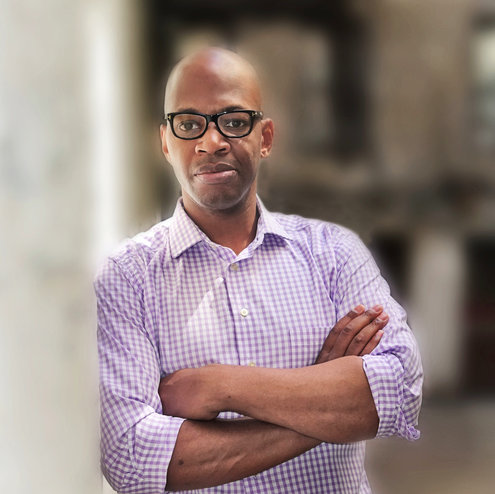 Daniel Danielson comes home for a choice spot in ‘Fences,’ on stage at West Hartford’s Playhouse on Park through Nov. 20. 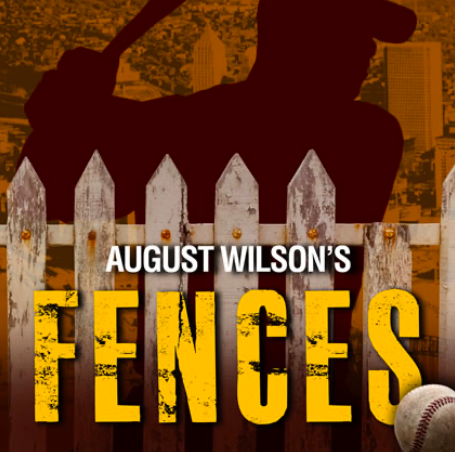 Fences is being performed at Playhouse on Park trough Nov. 20, 2022. Courtesy image

Daniel Danielson has just wrapped up playing a wheelchair-bound victim in “Full Circle,” an HBO show written and produced by Ed Solomon and directed by Stephen Soderbergh.

“I’m in a wheelchair. They’re going to kill me and they inject me with something,” he said.

Danielson, an actor, writer, producer, and voiceover artist, still gets nervous, but he loves what he’s doing. Every day presents him with a new challenge.

“I enjoy pushing through the nerves and relying on the preparation I have done, which will carry me through,” he said.

This month, he returns home to West Hartford and Canton (where he grew up), to play Gabriel in Fences, by playwright August Wilson, showing Nov. 2-20 at Playhouse on Park. Fences won the Pulitzer Prize in 1987 and the Tony Award for Best Play that year.

“The role is special,” he said of playing Gabriel, who was wounded while serving in World War II, and has to rely on his bitter brother, Troy, to help him navigate his life.

Fences is about a Black family’s struggle with their inner demons and the racism of the 1950s, and resonates with viewers of all colors on many different levels. James Earl Jones played Troy in the first Broadway adaption in 1985, and Denzel Washington starred as Troy in the Hollywood movie of Fences that came out in 2016.

Darlene Zoller and Sean Harris are co-founders and co-directors of Playhouse on Park.

“Gabriel is a hard role to play,” Harris said. “This is a person who suffers from brain damage. Daniel hit the right balance – he is so earnest. Gabriel plays a horn, and Daniel came into the audition with a coronet. We talked with him and liked him, and had no idea he was local until after his audition. A server at Effie’s later said to me, ‘I hear Daniel Danielson is going to be in the play. He’s such a great guy.’ That says a lot about a person.”

Gabriel’s role is a supporting one, but the intensity of the dynamic between Gabriel and his brother, Troy, is an important focal point in the play.

“This is a very universal, very moving drama,” Zoller said. “Even watching the auditions brought tears to our eyes. It’s an amazingly relatable story. The acting is off the charts. It’s going to be awesome.” 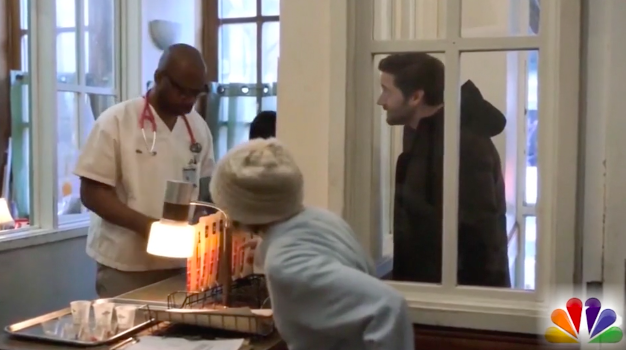 Danielson, 50, has been clean and sober since Jan. 20, 2006, but has had his share of struggles, including arrests, jail time, and drug addiction.

For the last several years he has created a career out of acting, and has support from his family, including wife Josephine Webb, also an actress, and children, Daejaan Danielson, Dhalyn Havens, and stepdaughters Trinity and Damaso Chisolm.

His father, Bill Danielson, is a meteorologist, scientist, and astrologist who worked for the Talcott Mountain Science Center, then at Hartford College for Women and the University of Hartford. His mother, Esther Danielson, is a master weaver and landscape designer.

“In the beginning we had fun,” Danielson said. “We would go to Cape Cod for the summers. I had a regular life. I didn’t know the difference between black and white.

“We moved to North Canton. We were all about conservation.” The family had a farm and raised goats, chickens, and had a large garden on their 15 acres.

“In middle school I played ball,” he continued. “I loved the Red Sox. I loved Van Halen – I wanted to be David Lee Roth. But everything changed when black kids were bused into Canton [to go to school]. I started to change. I was curious about the culture. I started really rebelling, really acting out. I cut my sweatshirts. I wanted to be a break dancer. I wanted a Snickers bar for a snack. But I got a cucumber.

“My progression was a runaway train. At 13, I thought I could live on my own. I was sent to Klingberg and a bunch of different homes. It was the beginning of what could have been the end.”

For more than two decades, from ages 14 to 36, Danielson was doing drugs, dealing them, and finding himself in and out of prison for various offences, in cities like Bridgeport and Stamford. Eventually, “no one wanted to be around me,” he said.

In 2006, he went into intensive rehabilitation in Avon. “We would get in the van every day and it was the same route I took with my father to go to the University of Hartford,” he said. “It was like coming home. I realized drugs is just a symptom of what else is going on.”

Over the next several years, with his father’s support and belief in him, he attended the University of Hartford, worked at a Holiday Inn in Enfield, and eventually became an apprentice to an iron worker. He used his skills in iron work to help build the foundations for Cabela’s in East Hartford and the Science Center in Hartford, among other projects.

“When the economy dropped (from 2009-2011),” he added, “it was hard getting work so I searched high and low and would do a lot of odd jobs around the community, like help people move furniture or clean up properties, but the best gig that I landed and then was able to parlay that for another two years was the leaf collecting job for the Town of West Hartford. That job was the best! They really appreciated us and treated us so well. The people of West Hartford would see us on our lunch breaks and come say hi or thank us for doing such a good job! One family even gave me a huge TV that I kept for years and then gave it to a friend for her family before I moved to New York City.”

After he had moved to Manhattan, “the town sought me out to let me know that I had about $1,200 in annuities and that I could collect them if I’d like to! That was awesome!” 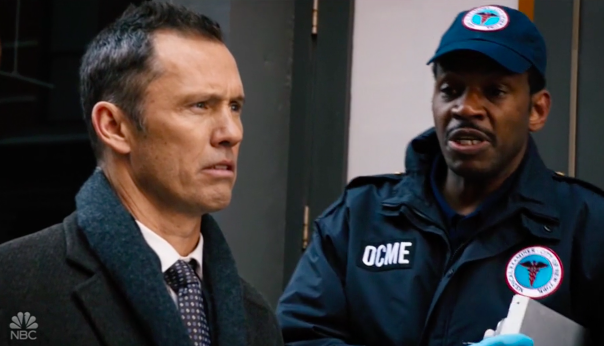 Daniel Danielson played against actor Jeffrey Donovan in the reboot of Law and Order. Courtesy photo

In 2012, an opportunity to work in iron on the new Freedom Tower came up. “I got an apartment, and went through the first day of my orientation, then the second day traffic was stopped and I was late, so I got fired.”

Luckily, a woman he knew told him about a job as an extra for a movie being filmed in the city.

Over the last several years, Danielson has built an impressive resume of acting roles. “The phone started ringing and it hasn’t stopped,” he said. For instance, “I got a call: we want you to work on Blue Bloods. I did that for three years, seasons 5, 6, and 7.”

He also worked on other television shows such as Law & Order’s new reboot, New Amsterdam, Mr. Robot, The Black List, The Plot Against America, and more. A graduate of the Institute of Audio Research in New York City, he also studied media production at the University of Hartford and voiceover at the School of Special Studies at New York University.

He’s appeared in films such as Mia, Lingua Franca, The Tale, and The Russian Room. In terms of theater, he played Satchel Paige in Josh, The Black Babe Ruth, Johnny in Nuthin’ Like the Love, and Jonathon in Long Journey.

He can do a number of accents, and his low, booming voice is in demand so he does a lot of voiceover work. You can hear him on the latest Batman game video. 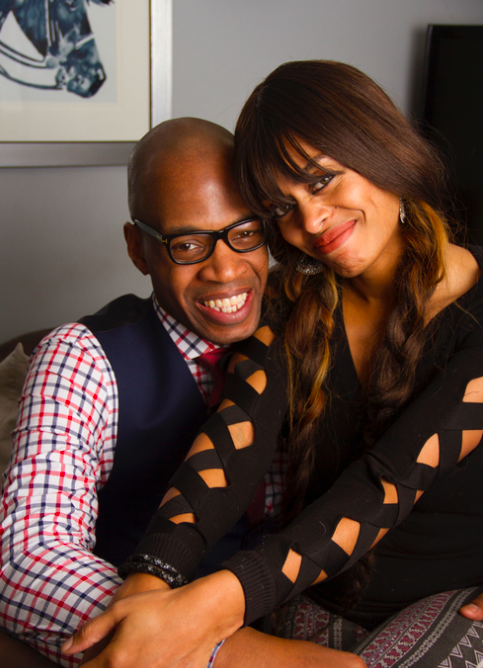 A promotional photo of Daniel Danielson and his wife, Josephine Webb, who have been married for three years. The two met on the set of Blue Bloods. Courtesy photo

Danielson and his wife have a script they have been shopping around to get produced. Called Black Privilege. White Power., the screenplay was written by Kate Lamond, who wrote What’s Love Got To Do With It? about Tina Turner, among other movie scripts. “It’s about my aunt (Posy Lombard),” Danielson said. “She marched with Martin Luther King in Mississippi.”

The pitch to the film features an endorsement by former United Nations Ambassador and politician Andrew Young: “A harrowing and courageous voting rights film, taking place during ‘Freedom Summer’ 1964 where a young Posy Lombard meets my friends, Fannie Lou Hamer, John Lewis, Worth Long, myself and many more. Posy Lombard, Daniel’s aunt, was a dear friend of mine throughout the movement and later in life. Her story is an amazing one of courage and sacrifice. The timing of the project could not be better.”

For Danielson, the timing of his new career and the excitement surrounding his upcoming role as Gabriel could not be more perfect. “Acting makes me feel fulfilled,” he said. “It makes me want to go back to being David Lee Roth. I love performing and I love art. I feel like I’m good at it.” 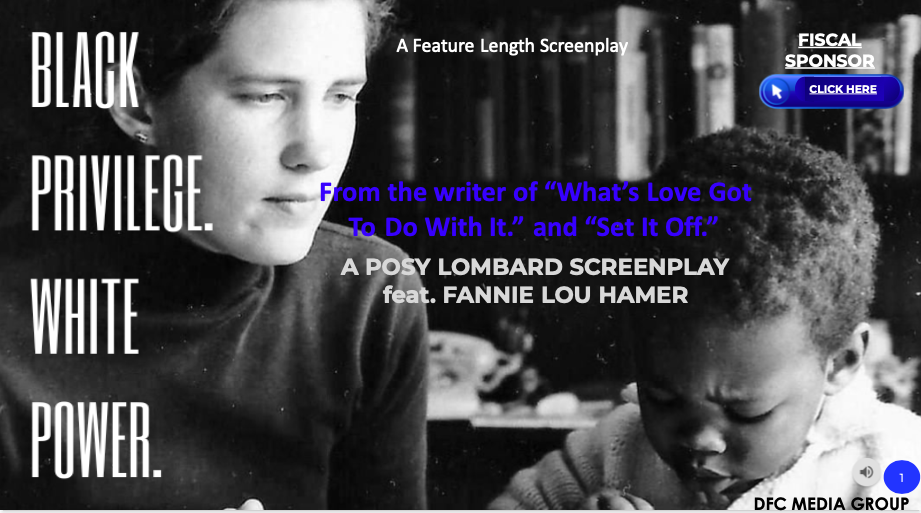 Danielson and his wife, Josephine Webb, have a script they have been shopping around to get producedCalled Black Privilege. White Power. “It’s about my aunt (Posy Lombard),” Danielson said. “She marched with Martin Luther King in Mississippi.” Courtesy photo

Want to see the play?

Fences by August Wilson opened with preview nights on Nov. 2 and runs through Nov. 20 at Playhouse on Park, 244 Park Road, West Hartford.

Directed by Kenney M. Green, Fences is set in segregated Pittsburgh in the 1950s, and depicts the life of Troy Maxson, a former Negro League baseball star now scraping by as a sanitation worker. A towering figure facing thwarted aspirations, Troy attempts to assert control in his life through his relationships with his wife and son. But even as he takes responsibility for their safety and well-being, he betrays them each in ways that will forever alter their lives. Part of August Wilson’s 10-play Century Cycle, Fences explores the walls we build around ourselves and our loved ones, while also illuminating one family’s struggles in a racist society. Fences is the winner of the Pulitzer Prize, two-time Tony Award-winner, and one of the most groundbreaking plays of the 20th century.

For tickets and information, go to www.playhouseonpark.org.

This story originally appeared in the November issue of West Hartford LIFE.