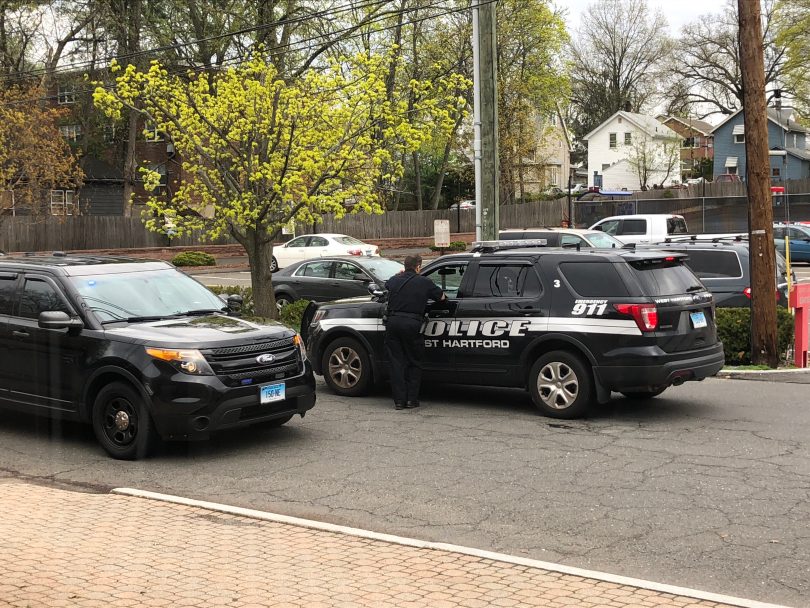 A manhunt is underway for a potentially-armed suspect in the Park Road/West Beacon/Prospect Avenue area. Courtesy photo

West Hartford Police are searching for a man who shot another man in the area of Park Road and West Beacon in West Hartford on Monday. 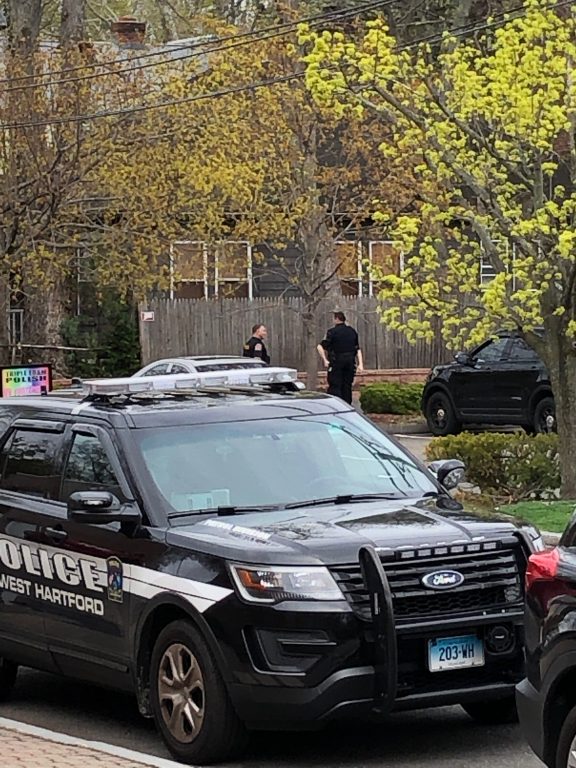 A manhunt is underway for a potentially-armed suspect in the Park Road/West Beacon/Prospect Avenue area. Courtesy photo

Police have flooded the eastern end of West Hartford where a man was shot early Monday afternoon, and a search is underway for the suspect.

According to Capt. Michael Perruccio, police were notified at 12:10 p.m. Monday of an argument underway between two men near the intersection of Prospect Avenue and West Beacon Street. Police were told that one of the men had a gun, and the other was wielding an ax.

As police were on the way to the scene, Perruccio said they were notified that one person had been shot and they believe it was one of the men involved in the argument.

The victim was transported to St. Francis Hospital with gunshot wounds. The extent of his injuries is not known, Perruccio said.

According to Perruccio, the suspect is described as a black male, about 6-feet tall and 210 pounds. He was last seen wearing a black do-rag on his head, a gray t-shirt and black pants.

The suspect is being treated as armed and dangerous.

Anyone who sees the suspect is asked to call 911 immediately, and should not approach the man, Perruccio said.

Hartford Police are assisting West Hartford with the. investigation, and a K-9 track is in progress.

Assistant Superintendent of Schools Andy Morrow said that West Hartford Public Schools are “in constant contact with West Hartford Police and are monitoring the situation.” According to Morrow, Smith STEM had been placed in a “secure” status, but that was lifted as police shifted the perimeter. 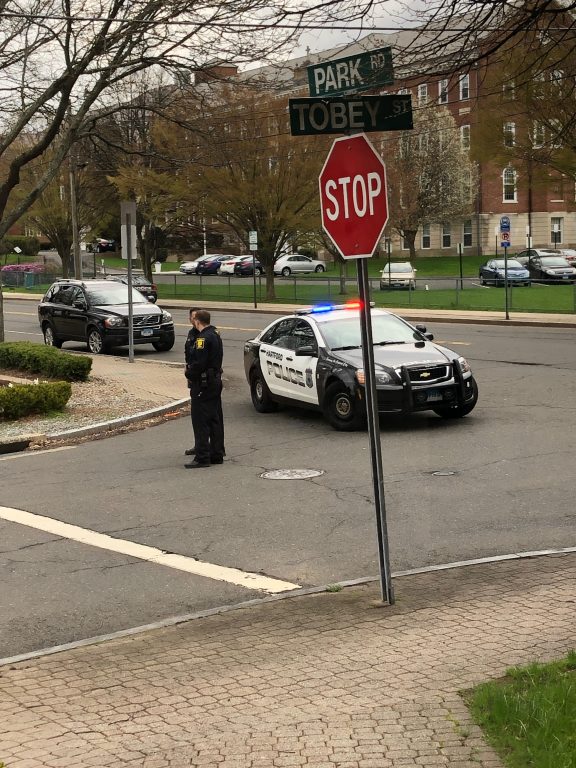 Hartford Police are assisting West Hartford Police in the search for a suspect who shot a man in the area of Prospect Avenue and West Beacon Street on Monday. Courtesy photo