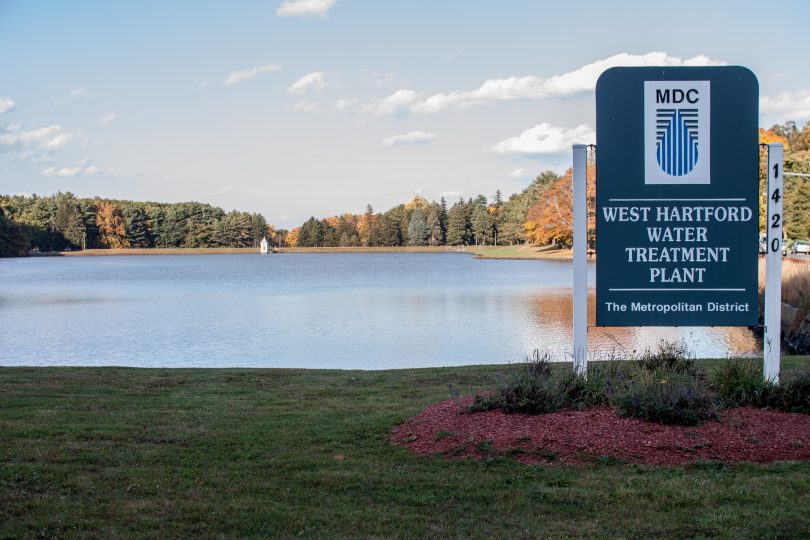 The Metropolitan District Commission said there is no need for restrictions to be placed on use of water in member towns, and reservoirs are at normal levels for July.

Although the State of Connecticut’s Interagency Drought Working Group issued a water conservation request Thursday as part of a “Stage 2” drought declaration, the Metropolitan District Commission (MDC) said in a news release that water use restrictions – either voluntary or mandatory – are not being requested of its customers at this time.

“Even with recent dry conditions, as of today, the MDC drinking water reservoir supply stands at over 94.5% of capacity, which represents approximately 628 days of supply in storage which assumes regular water production and zero rainfall over that time period,” an MDC spokesperson said in an email. “This is normal when compared to historical capacity of our reservoirs and current water production demands for this time of year.”

The MDC noted that its water supply is extensive that includes the 30.3 billion-gallon Barkhamsted Reservoir – the largest drinking water reservoir in the state – and the 9.5 billion-gallon Nepaug Reservoir, which is the state’s fourth largest.

“When full, these two reservoirs store almost 40 billion gallons of water, a volume equivalent to 660 days of supply or 22 months of typical water use,” the MDC said.

The MDC’s Barkhamsted Reservoir watershed area also extends into Massachusetts, and can be fed by rainfall that doesn’t reach Connecticut.

While the MDC said is is able to sustain operations during dry conditions better than other water utilities, it will continue to monitor weather and reservoir levels and provide any updates if warranted.

Office of Policy & Management Undersecretary Martin Heft, chair of the Interagency Drought Workgroup, noted that the spring and summer has featured drier than normal conditions, and suggested that while residents should not be alarmed, they should reduce water usage.

“Residents should be mindful of their water consumption and take sensible steps to reduce impacts on other water uses and on the environment,” Gov. Lamont in a statement. “We must begin early steps now to mitigate the potential for harm should the drought become prolonged.”

The Stage 2 declaration was based on assessment of indicator data monitored by state and federal agencies, including precipitation, surface waters, groundwater, reservoirs, soil moisture, vegetation, and fire danger conditions, the Interagency Drought Workgroup announcement said. “The state has experienced this level of drought five times in the past two decades, in 2002, 2007, 2010, 2016 and 2020. If conditions deteriorate further, the state could reach Stage 3, having reached that threshold in four counties in 2020.”

More information on the Interagency Drought Workgroup and the State Drought Plan can be found here.