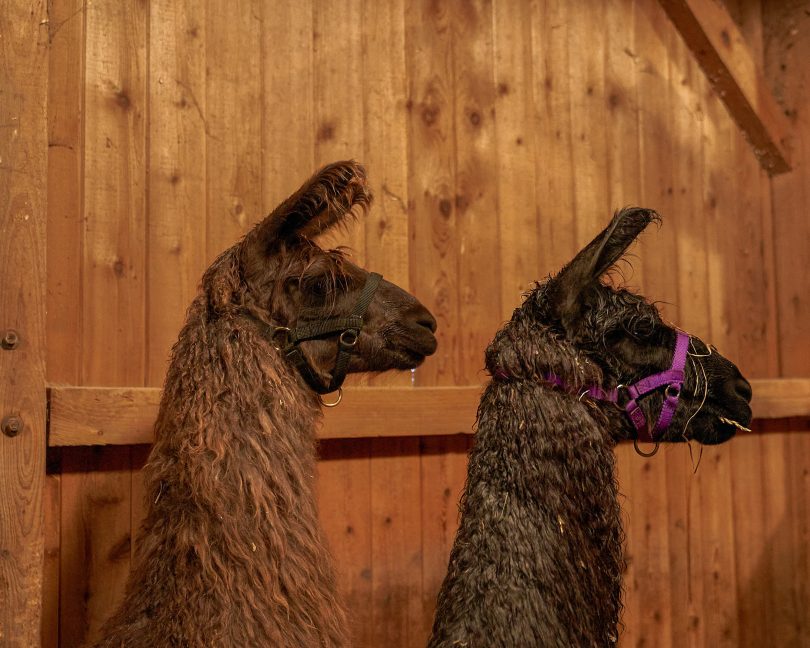 When Cara Paiuk decided to make a donation to Westmoor Park it was to assist with the funding of a tangible acquisition – and one that is very soft-to-the-touch.

Last fall, Paiuk said, “I bought tickets to the farm-to-table dinner at Westmoor Park, and it was a fundraiser.” Her family loves and frequently visits Westmoor Park, and one of the major items the park was raising money for was a pair of llamas.

“I said half-joking, how much is a llama?” While she was a bit shocked to hear the $4,000 price tag, an anonymous donor had already funded one of the llamas, and there were other donations, so roughly $2,000 more was needed to acquire the pair that was on Westmoor Park’s wish list.

“I was up for a big job, and I said if I got the job, I would sponsor the rest of the llama,” said Paiuk, a professional photographer and owner of Face Forward Headshots studios in West Hartford and Greenwich. She got the job, and on Saturday, Westmoor Park got the llamas.

“We’ve been fundraising for them for a couple of years,” Christy Page, assistant park director and education coordinator at Westmoor Park, said of the llamas. They previously had a pair of llamas, who were sisters, but had both passed away several years ago. Llamas typically live to about age 20, she said, and the resident llamas died of old age. 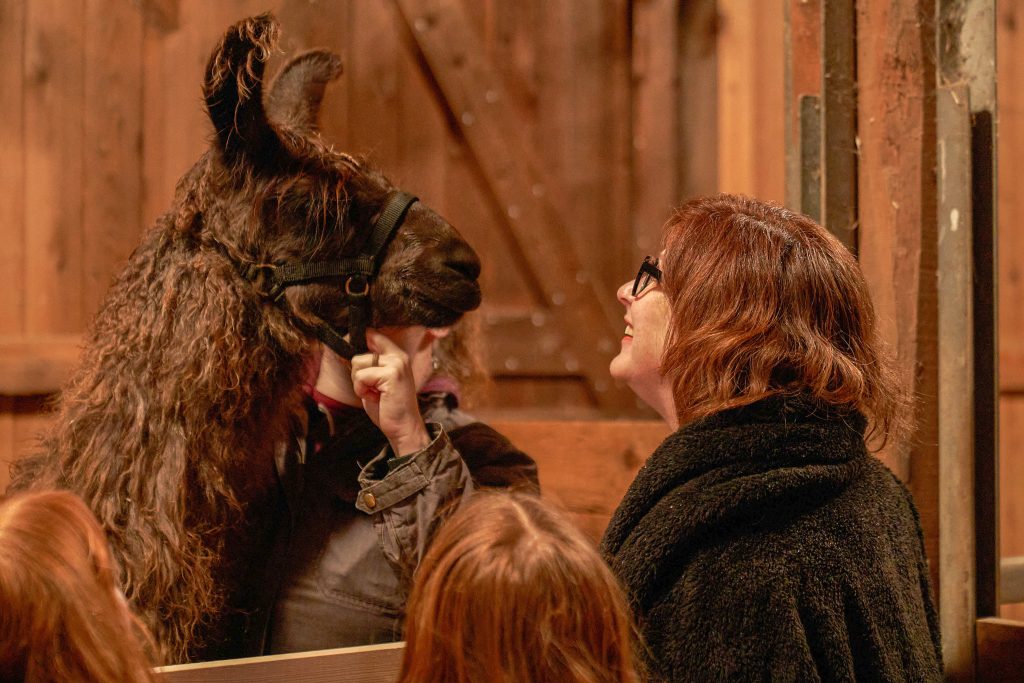 “We love having the llamas,” Page said, not just because they are cute, wooly, and whimsical, and attract visitors. “Llamas are very good guard animals,” she added, and can protect the the sheep and goats from animal predators. They will even stare down human intruders, she said.

Llamas are social animals, Page said, so having two of them was important.

“We didn’t want any old llamas,” Page said. “The challenge: Find a bonded pair of young females.” Females are easier to work with than males, she said, and they wanted young animals so they could have them at the farm for many years to come.

Llamas are in somewhat short supply these days, and they are expensive, Page said. While they were very “trendy” animals about 10 or 15 years ago, there is more of a demand for alpacas these days. Both are part of the camel family, but alpacas are smaller.

Ultimately the right pair of llamas was found at a farm in Lancaster, Pennsylvania. The farm, which hosts llama walks, had recently acquired the 3-year-old girls, who are friends but not related, from another farm but found they really didn’t have space for them and were willing to sell the pair to Westmoor Park.

After arrival on Saturday the llamas were given a space to share in the barn. Page said when they sleep they lie with their heads together, but she hasn’t been able to capture a photo yet because they lift their heads when anyone approaches. They were kept separate from the other animals and people for a few days, but on Tuesday she planned to let them out into the pasture. 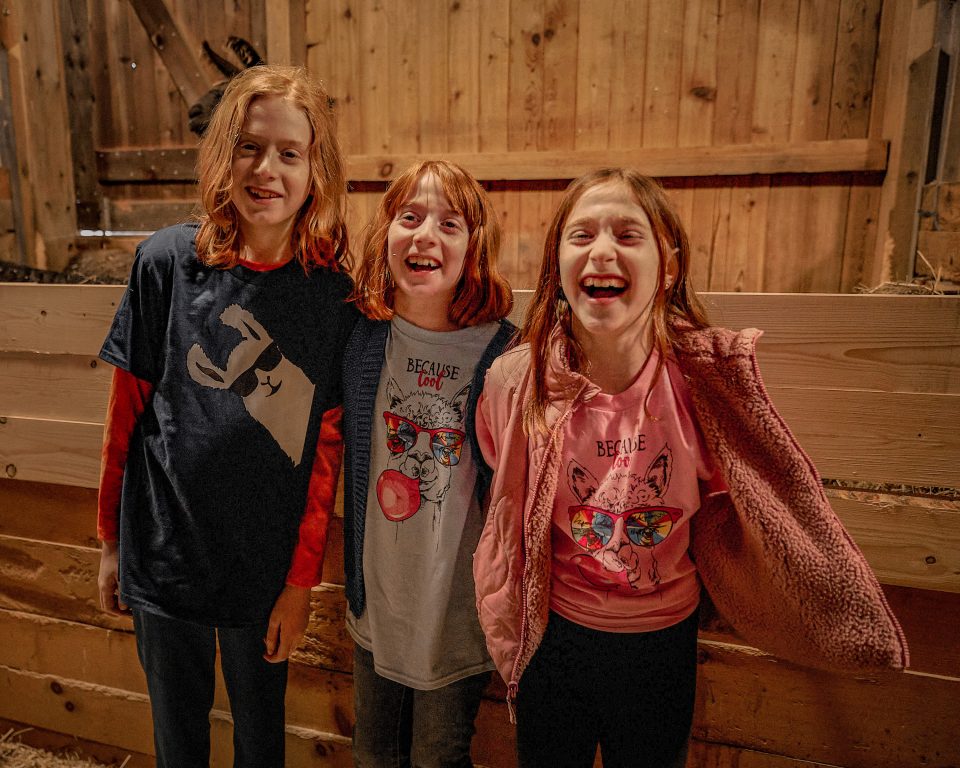 Paiuk and her family visited the new Westmoor Park residents on Monday and pet photographer Sara Huber, of Paw Print Studio, took some photos of them to celebrate the occasion.

The llamas do have pedigree names, but the primary donors got to choose their call names. The anonymous donor chose the name “Inca” – an appropriate name for an animal native to the Andes Mountains of South America.

The Paiuk children wanted to name the llama their family sponsored “Pickles.” Page said it was the subject of a long discussion, but the parents convinced their children that llamas are rather dignified, and all ultimately agreed on the name “Maya.”

Westmoor Park also has an alpaca – Olaf – who was born in a barn in Meriden eight years ago and nearly froze to death before being nurtured by park staff. Even the veterinarians initially thought Olaf was a llama, but when he got a bit older they learned he was an alpaca.

Inca and Maya will be good for Olaf, Page said. “I’m hoping these guys will teach him some manners.”

In addition to the llamas and alpaca, Westmoor Park is home to a horse, two donkeys, five goats, seven sheep, two cows, six ducks, one goose, 10 rabbits, and about 25 chickens. “Seasonally we have pigs that we borrow from a local farmer,” Page added.

Westmoor Park (119 Flagg Road) is owned by the Town of West Hartford and operated by the Department of Leisure Services, but the 162-acre environmental, agricultural, and horticultural education center is self-funded. The farm is open to the public daily from 9 a.m. until 4 p.m. and the trails and other parts of the grounds are open daily from 7 a.m. until dusk. There is no charge to visit. Information about Westmoor Park programs can be found on the webpage on the town’s website.

The Paiuk family will likely be visiting even more frequently and are thrilled to have been a part of acquiring the llamas.

“It was very exciting to help out Westmoor Park,” Paiuk said. “We love supporting our community and the gems we have here.” 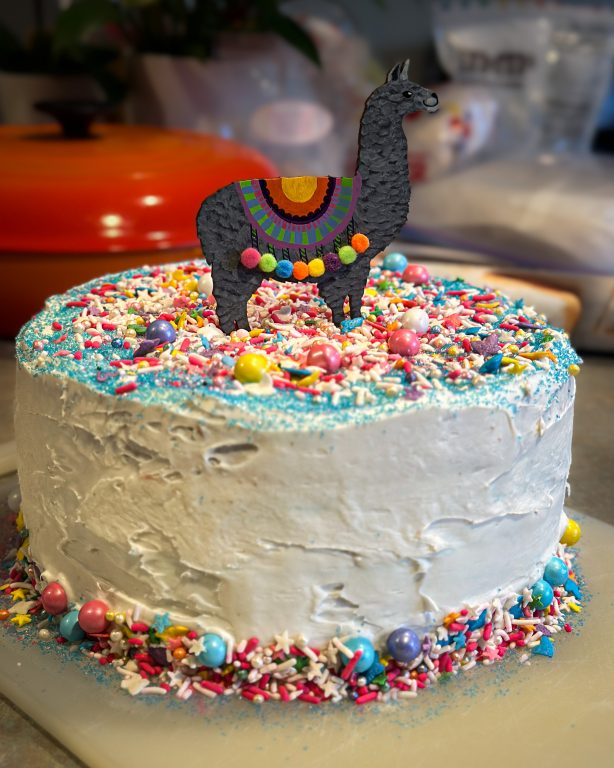 Cara Paiuk baked a special cake to celebrate the arrival of the llamas at Westmoor Park. Photo credit: Cara Paiuk