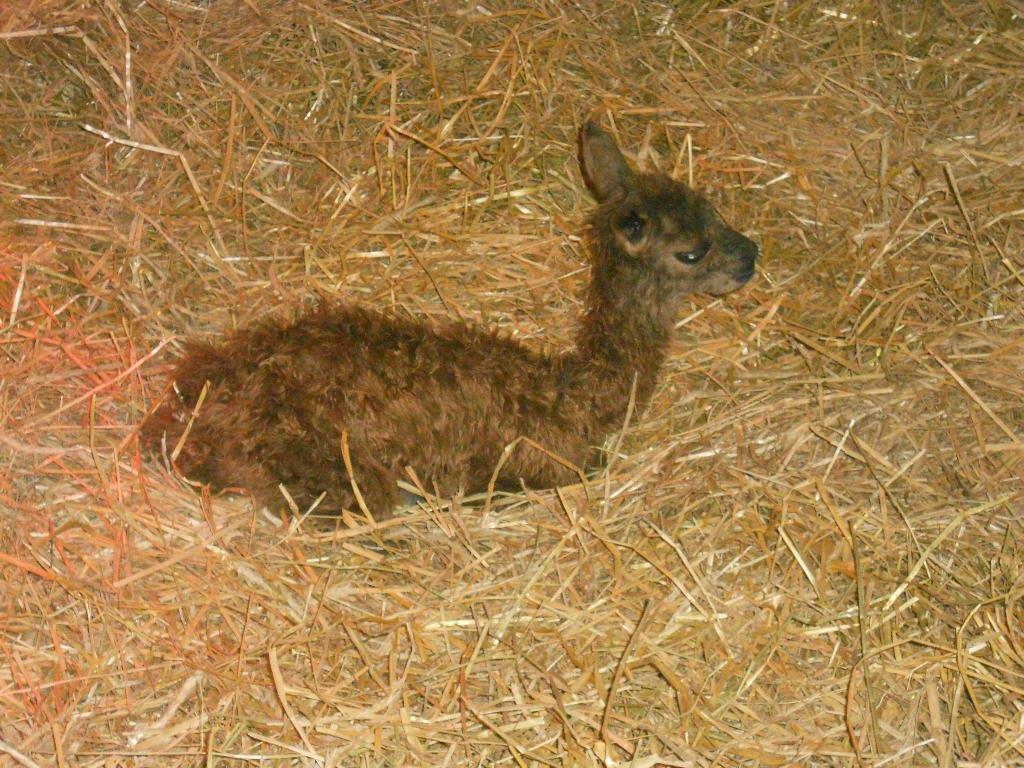 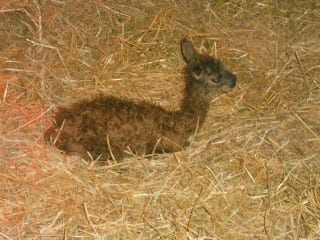 The staff of West Hartford’s Westmoor Park is working hard to save its newest resident – a llama born in Meriden on Tuesday, Jan. 13.

According to Westmoor Park Naturalist Doug Jackson, the baby llama – a “cria” – was born in a barn that served as an indoor riding ring in Meriden on Jan. 13. The male llama was found frozen to the ground, likely just a few hours old, and brought to a veterinarian in Meriden by the owner of the farm.

Jackson said in an email that the rescue of the llama was “no less than a true lifesaving effort,” and after the Meriden veterinarian, who is a West Hartford resident, was able to stablize the animal, he reached out to Westmoor Park as “the best hope for this little guy.”

Christy Page, assistant park naturalist at Westmoor Park said that the place the llama was born was a “hobby farm,” and that for some reason the llama’s “mother didn’t want to care for it.” No one knows why the mother llama abandoned her cria, and Page said that it’s not the norm.

Westmoor Park staff named the male llama “Olaf” after the snowman in the Disney movie “Frozen,” because he was found frozen.

“The vet was able to stabilize and care for the llama, but knew it needed to be on a farm,” Page said.

At Westmoor Park, Olaf  is being bottle fed four times per day with a milk replacement, a commercial product developed for “ruminants” – mammals with multiple stomach chambers such as cows, goats, sheep, and llamas. Olaf is in an enclosed stall with a heat lamp.

“We put one of our nicest goats in with him, so he is able to bond and know that he is an animal,” Page said. Westmoor Park currently has two older resident llamas – Cleo and Serafina – and Page said that if all goes well, Olaf will eventually be able to be with them and learn about being a llama. The older llamas have been protective of other species of baby animals at Westmoor, said Page. “We’re optimistic,” she said.

However, Olaf is far from out of the woods, Page said. He weighed just 10 pounds when he arrived at Westmoor Park on Saturday, which is very tiny for a llama. “He’s slowly gaining weight, and we are giving him the best care possible, but we can’t guarantee anything,” Page said. The goal is get him to the point of gaining a pound per day.

An adult male llama typically weighs close to 300 pounds and is fully grown at age 2, Page said, but the Westmoor Park staff anticipates that Olaf will always be on the small side because no matter how good the milk replacement is, it’s not as good as being nursed.

Even if all goes well, it will be at least several months before the public will be able to see Olaf. “Definitely by Farm Day in May,” Page said.

The public will not be able to see Olaf at all until he is older and stable.

“He’s a cutie,” said Page. “We would love to show him off but he’s so fragile right now,” she said.