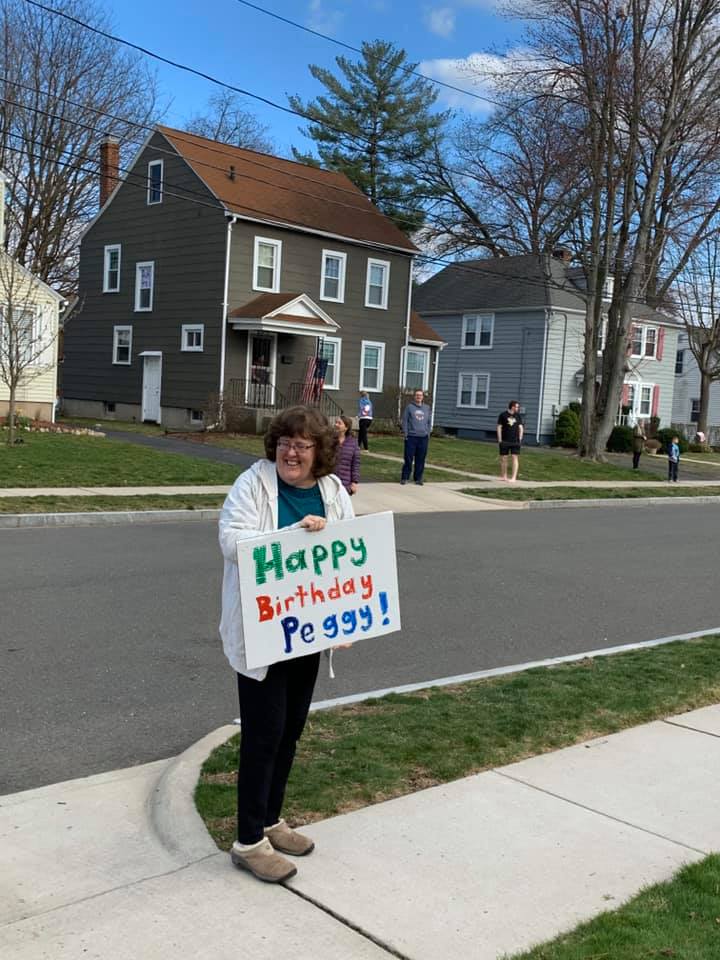 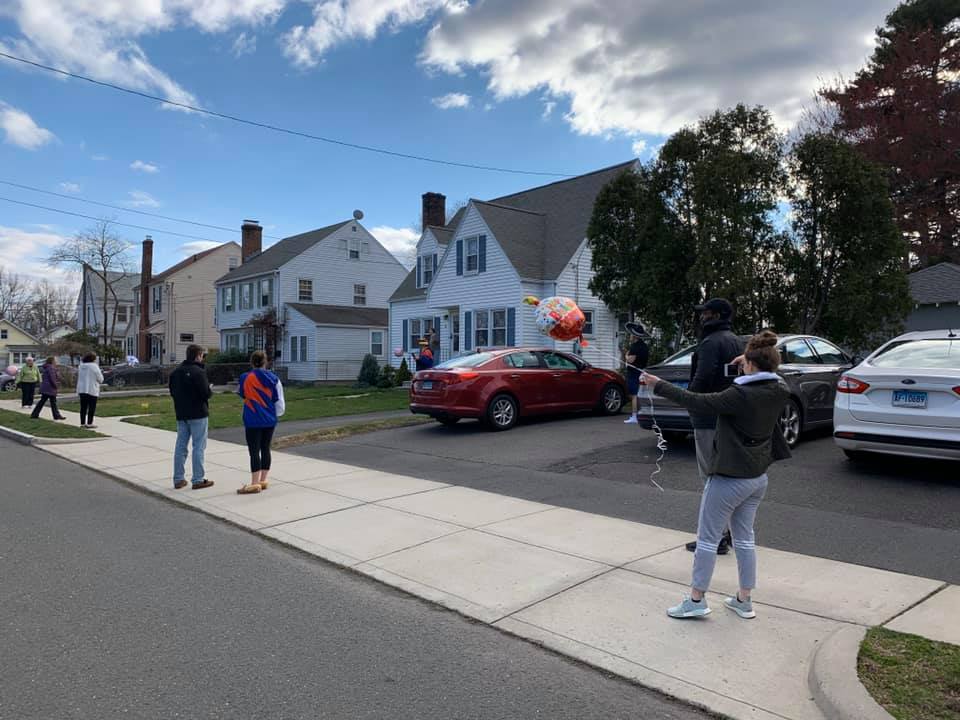 Peggy Rubb had something special planned for her 102nd birthday.

Had the COVID-19 outbreak never happened, she was going to meet up with family at a fancy restaurant to celebrate the occasion. Unfortunately, that dinner never happened.

Instead, Rubb’s birthday present was something much more unique. At 5 p.m. on Tuesday, over 25 members of her neighborhood gathered around her house (at a safe distance from Rubb and each other) to surprise her by singing “Happy Birthday.”

Families from Erwin Street, Seymour Avenue, and St. James Street all came together – while physically standing at least 6 feet apart – to give their best wishes to Rubb, affectionately known as Peggy throughout the neighborhood. Each family brought along their own special birthday balloon, releasing them into the sky as a fitting conclusion to a touching celebration.

The day was all the more special for Rubb because of her history in this particular neighborhood. She grew up just two houses down from her current residence, attending Smith Elementary School during the reign of Principal Florence Smith, the school’s namesake.

Later, she attended Hall High School, then located at the site of the current West Hartford Town Hall. Every day, rain or shine, Rubb would make the mile-and-a-half journey to and from Hall on foot.

The world has completely changed since Rubb was born in 1918, but the one constant in her life has been her presence in the Smith neighborhood and West Hartford community.

When asked what that neighborhood meant to her, Rubb responded with just one word.

Rubb means a lot to her neighbors as well. Andrea Miras-DeSimone, who lives across the street from Rubb, was the one who came up with the idea to celebrate the birthday with the rest of the community.

“The neighbors were all so willing to collaborate because they love her so much,” DeSimone said.

“The community that exists in our neighborhood is a special one,” DeSimone added.

The DeSimone family was more than happy to share some of the memories they had of Rubb over the past several years.

Enrique described how Rubb has always paid attention to the “small details,” like calling when a light was left on, complementing a new set of holiday decorations, or admiring the bloom of the DeSimone’s garden in the Spring.

“She has nice comments always …  she is very kind and thoughtful,” Enrique added.

Rubén Miras-DeSimone, one of two DeSimone sons, recounted the many times he shoveled Rubb’s driveway in exchange for a handsome reward of chocolates and sweets.

Everyone was unanimous in their praise for Rubb, who was touched by her surprise celebration.

“I thought it was absolutely wonderful.”

Rubb went on to talk about the small things that endeared her to her neighborhood and community, like exchanging pleasantries with passing dog walkers and watching the neighborhood’s boys and girls play ball in the street.

Rubb has had to stop those interactions temporarily as a result of the COVID-19 outbreak. But, as a survivor of the Influenza outbreak of 1918, she isn’t panicking about the current situation.

When asked if the virus was affecting her current mood, Rubb responded “not really.”

“I’m very content in my own home,” Rubb concluded. 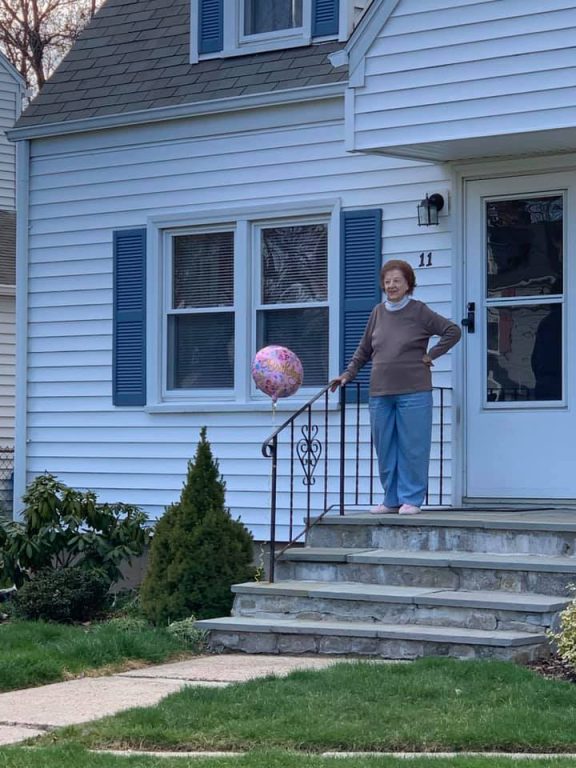 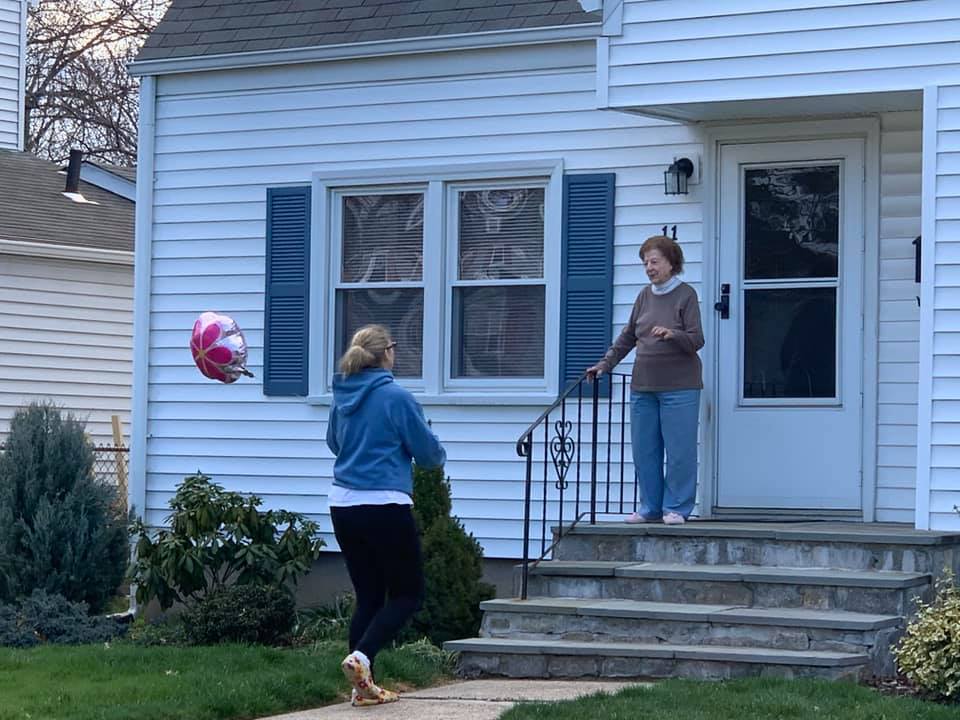 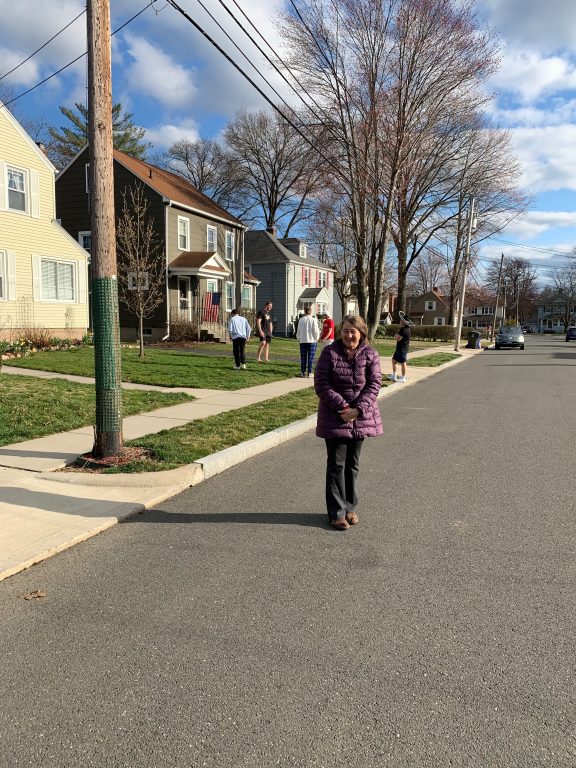