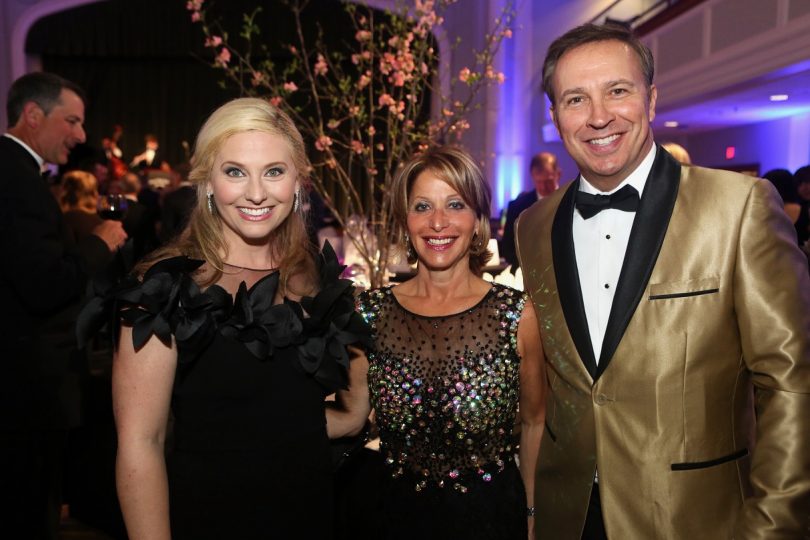 The 20th Annual Mayor‘s Charity Ball, a fundraiser for Playhouse on Park and The Town That Cares, will be held on Saturday, May 11, 2019.

It’s a big year for The Mayor’s Charity Ball – and with the 20th anniversary of the Ball’s founding, attendees will be partying “like it’s 1999.”

The gala benefitting two local charities, Playhouse on Park and The Town That Cares, is set for Saturday, May 11 from 6 p.m.-midnight with cocktails and a silent auction in the West Hartford Town Hall Auditorium and dinner, dancing, and entertainment under the Grande Tent on the front lawn of Town Hall.

A cocktail reception and silent auction will kick off the night, complete with an open bar – and a grilled cheese station. WFSB Channel 3’s Dennis House and Kara Sundlun will co-host the ball.

DORO Catering & Events returns this year as official caterer, and the menu (see PDF below) is anything but your “rubber chicken” banquet fare. Delicious homemade fare, showcasing the flavors and styles specific to each DORO Group restaurant – Treva, Àvert, and Zohara – will be featured.

Rob Bouvier was West Hartford’s mayor when the Mayor’s Charity Ball began in 1999 – at the time a fundraiser for The Bridge Family Center and HopeWorks. Bouvier, as well as former mayor Scott Slifka and Mayor Shari Cantor recently sat down for a conversation [that this writer moderated] recorded by West Hartford Community Interactive, reminiscing about past balls and the evolution of one of the town’s signature events. Former mayor Jonathan Harris, who could not attend the filming, offered his thoughts in a written statement.

The 20th Annual Mayor’s Charity Ball is open to all who want a fun night out while supporting a great cause. Given the throwback theme of this year’s ball, its organizers are suggesting attendees plan for black tie, or, as an alternative, their finest vintage 90s attire.

Proceeds from last year’s event covered important operating expenses for Playhouse youth programming, and helped The Town That Cares meet a significant uptick in requests for the Food Pantry.

To learn more about the beneficiaries of The Mayor’s Charity Ball, or to purchase tickets, visit the website www.themayorscharityball.org.