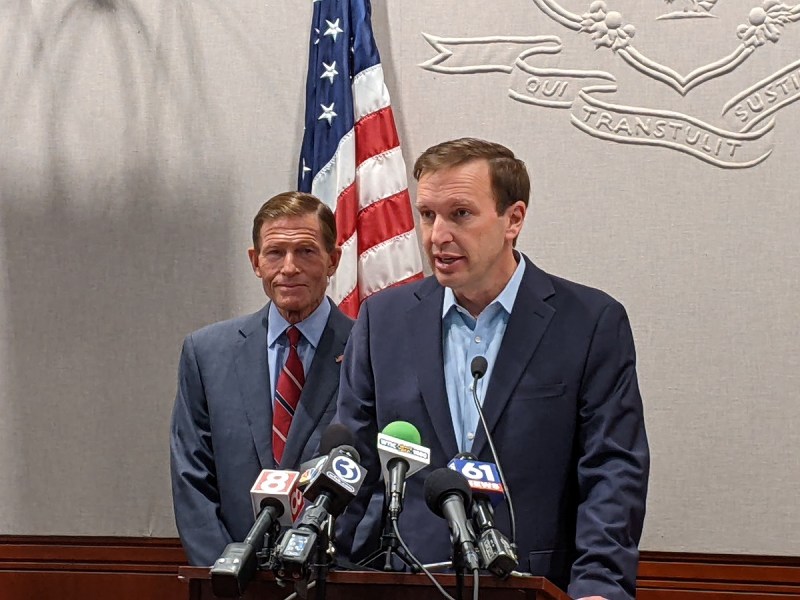 Senate Republicans uniformly opposed the bill, which passed with the support of 50 Democratic senators and Vice President Kamala Harris.

Connecticut’s U.S. senators hailed as a political miracle the weekend passage of a compromise bill of Democratic priorities including provisions to cap the costs of prescription drugs for seniors, combat climate change and pay down the federal deficit.

During a Monday morning press conference, Sens. Chris Murphy and Richard Blumenthal characterized the advancement of the Inflation Reduction Act as a win for everyday people, passed by the U.S. Senate on exclusively Democratic votes following a lengthy overnight session that ended Sunday. The House is expected to take up the legislation later this week.