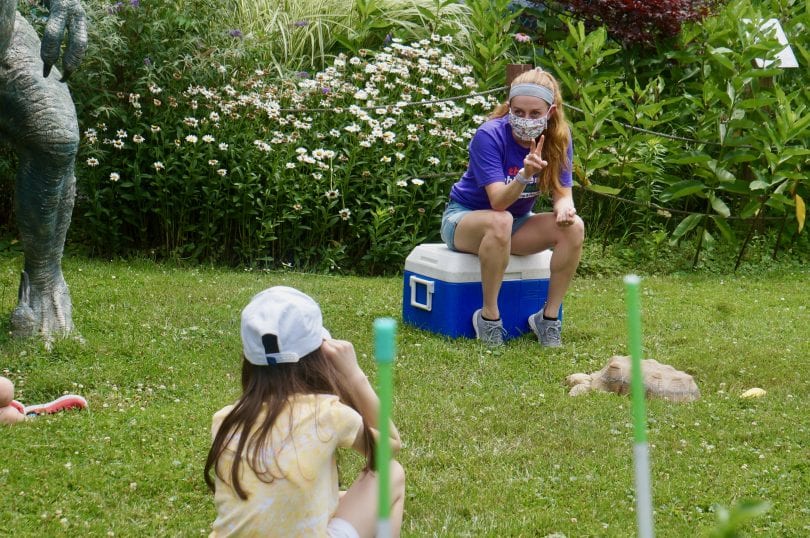 In West Hartford, the Noah Webster House & West Hartford Historical Society has and the Children’s Museum continue to find unique ways to operate, and raise funds, as the COVID-19 pandemic continues to impact normal programming. 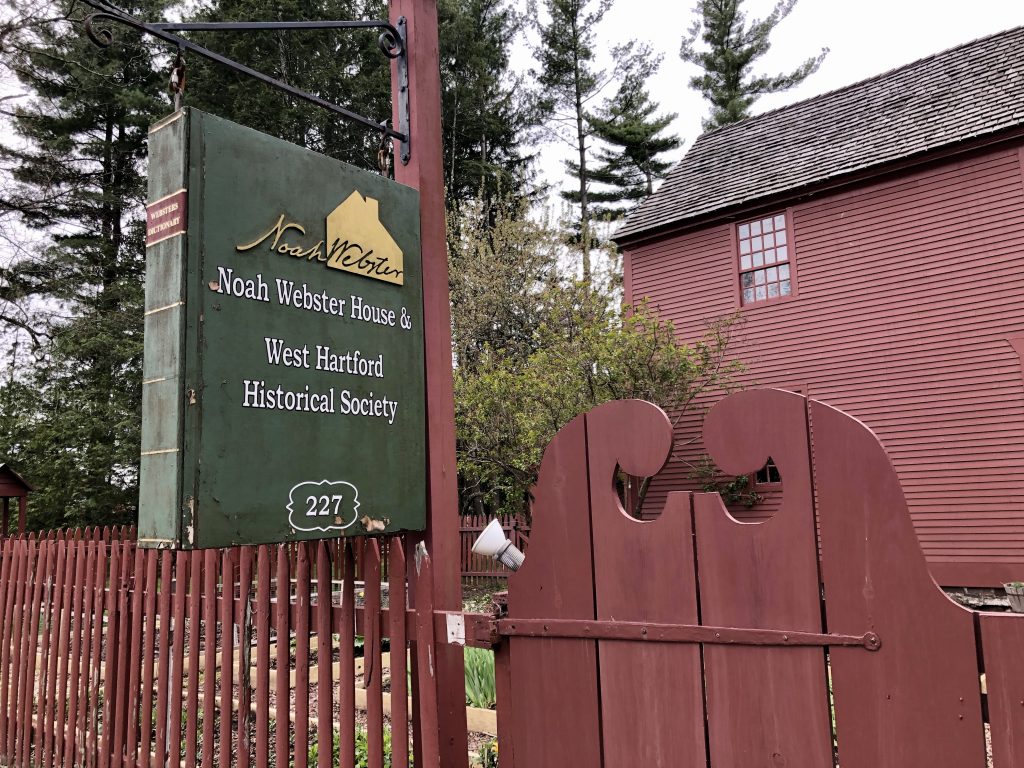 Before the coronavirus pandemic, the Mark Twain House in Hartford averaged 300 visitors a day. Now under the new regulations required by the pandemic, the museum sees 65 people daily.

“At 25 percent visitation for a site that achieves most of its income through ticket sales and visitation, it’s not great,” Executive Director Pieter Roos said.

Across the country, museums are facing the grave possibility that they might have to shut their doors. Though the Paycheck Protection Program was enough to keep many institutions afloat at the height of the pandemic, that funding has run dry.

A survey by the American Alliance of Museums found that 33% of museums were “not confident” they’d make it to fall 2021 without additional financial support, and 16% felt they were at risk of permanent closure.

The Mark Twain House reopened in June to what is now common among museums: reduced tour capacity, timed ticketing, masks, one-way traffic and social distancing marked by multicolored bottle openers on the floor. Additionally, it turns away visitors from “hotspot” states who haven’t quarantined for 14 days.

And like many other Connecticut museums, the Mark Twain House has turned to virtual programming. It even plans to host its annual gala online. However, virtual events cost the museum money, and don’t make enough to pay the bills.

That has cost the Mark Twain House some of its staff, and those who scraped by to still work at the museum have either taken a 20% pay cut or are on furlough.

“It’s fantastic that we’re able to be open to the public and that people can come and see us, but it’s not enough to keep us open forever. If things don’t get back to normal within the next 10 months or so, we’re going to have more serious issues,” Roos said.

At the Noah Webster House in West Hartford, visitation is so slow that Executive Director Jennifer DiCola Matos said the staff gets “really excited” when people come. It’s very likely for visitors to have the entire place to themselves.

“It’s definitely much slower than it would be in a typical year, but it’s manageable,” Matos said. “We’re trying to make our way through this time, but it’s really hard for all of the nonprofits out there, especially museums.”

The Noah Webster House makes most of its income through school programs and events, Matos explained, so the museum is working on virtual field trips and has increased what it offers online, like Instagram and Facebook tours of West Hartford’s historic sites. The house also still plans to throw its popular “West Hartford Hauntings” tours in October, which are outdoors and lend themselves to social distancing.

“We’re trying to figure out how we can still do programs that will sustain the museum and allow us to stay open, while also making sure that we’re doing them in a safe way,” Matos said.

Both the Mark Twain House and the Noah Webster House received PPP financial aid, as well as grants and community donations. The Children’s Museum in West Hartford – the one with the whale – got all of that, too, but with kids staying home this fall, replacing that huge chunk of lost funding has been a “consistent struggle” and has forced layoffs, according to Beth Weller, its director of operations.

Right now, only the upper floor of the Children’s Museum is open. Some exhibits were taken out to prevent contact points.

“Being a children’s museum, we are mostly hands-on pieces,” Weller said. “That’s how children learn. Under these new protocols, we had to look at what we had to remove.” 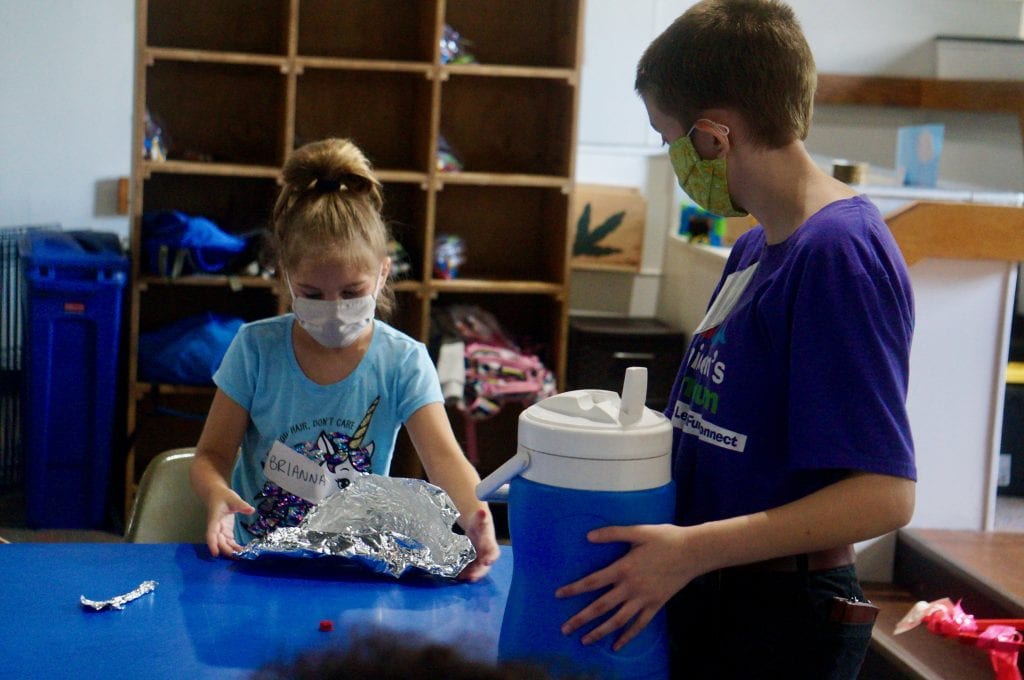 At the museum’s partner facility, the Roaring Brook Nature Center in Canton, live animal demonstrations have been discontinued, including the annual butterfly release experience.

With all of these adjustments, the Children’s Museum is prepared to run virtual programs and to welcome back small groups of schoolchildren if regulations are met. The preschool is running, and a camp is in the works for students when they’re at home during the school week.

“We heard from parents that they were looking for things educational-wise for their children to do in those mornings hours [before they have afternoon online lectures with their teachers],” Weller said.

The Connecticut Science Center in Hartford also made changes to hands-on activities and closed its movie theater. It’s ramped up cleaning and sanitizing, managed crowd sizes and is doing temperature checks, too.

Additionally, its president, Matt Fleury, immediately launched online family programming when the museum first closed and will continue it through the school year via classroom programs that are delivered remotely.

The Science Center offered “Camp in a Box” during the summer, where campers were sent a box of supplies to use alongside a virtual workshop. Fleury said these kinds of transitions and the PPP Loan helped the Science Center “get through the summer with limited financial damage.”

“However, as that funding runs out, we’re looking at some challenging days ahead,” Fleury stated. “But the Science Center is in a good position to survive all of this.”

Bringing museum activities home is something that the Wadsworth Atheneum is doing as well. Deputy Director Michael Dudich said that the museum will distribute free art supplies kits on Sept. 5. The museum is also waiving admission charges through Nov. 26.

Farmington’s Hill-Stead Museum is faring better because of its 152 acres of lawns, hiking trails, gardens and pastures. Executive Director Anna Swinbourne worked very quickly to adapt the museum to utilizing the acreage as much as possible. The land currently hosts performing arts festivals up to five times a week, yoga classes and children’s camps, and part of the guided tour is now outside. Hill-Stead’s biggest annual fundraiser  event will be outside this year.

“It’s just been exhausting for us, but wildly successful and immensely gratifying because our initial instinct that this would fill a need for the general public has been shown that we were right on,” Swinbourne said. “So we’re terrific.”

Despite it all, the success isn’t enough. Swinbourne said the museum is not earning back what was lost when visitors weren’t coming for months. She’s also heard from colleagues at other museums that they can’t make in-person programs and are losing money fast.

“We are very fortunate that we can still create programming, but to be honest, it’s not filling the hole that has been created by the pandemic,” Swinbourne said. “Even though people are coming back in a somewhat steady stream, it still doesn’t make up for the hole that was created previously.”

Back at the Mark Twain House, Roos said he hopes that people understand Connecticut’s museums, many of which are important historical landmarks, need the community’s support.

“We need people’s help. We need assistance,” Roos said. “Once things get back to some semblance of normal, we’re sure that our visitation will go back and we’ll be good again. But our rainy day fund is going to be gone by the time we get there.”