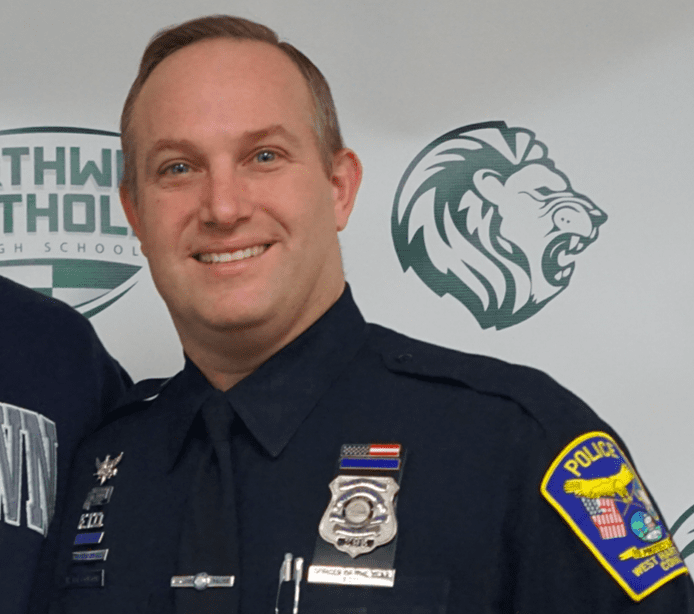 The West Hartford Police Department will hold a swearing in ceremony on Monday for Assistant Chief Rob Riccobon, whose promotion was announced Friday afternoon.

Riccobon, who has been a member of the West Hartford Police Department since April 2002 and has been aide to Chief Vernon Riddick since 2019, will fill the assistant chief position that has been vacant since Dan Coppinger retired in January 2021.

Riccobon was West Hartford Police Officer of the Year in 2011, is a Field Training Officer and instructor in various disciplines, and was a 10-year member of the department’s S.W.A.T. team and seven-year member of the Citizen Complaint Review Board. He has worked in the department’s Patrol, Community Relations, and Training divisions, and established the inaugural College Police Academy.

Riccobon is married and has two children, and has lived in West Hartford for 25 years. He is a native of New York and moved to Connecticut after he was recruited to swim for Central Connecticut State University, where he earned his bachelor’s degree and worked closely with the University’s Department of Criminology and Criminal Justice on the development of a master’s degree specifically for law enforcement.

Riccobon has continued his involvement with swimming, and since 2018 has been a member of the International Swim Coaches Board of Directors. He has been a certified USA Swimming coach for 30 years, and is the founder and head coach of the 140-member West Hartford-based WHAT Swimming.