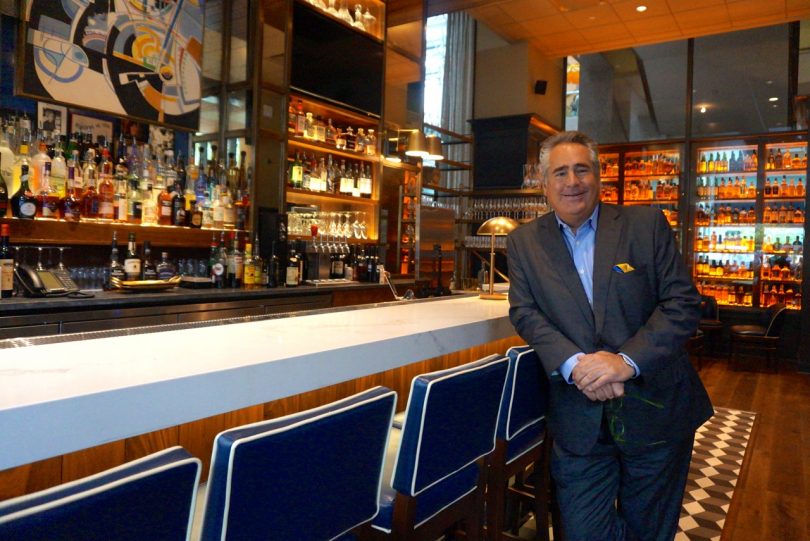 Max Downtown reopened this week after several months of renovations, bringing a fresh and modern vibe to the interior, and some new options to the menu.

After more than 20 years in its CityPlace location, Max Downtown has gotten a major facelift, bringing an updated look to the interior, new signage and awnings for the exterior, and a number of changes to the menu to adapt to the habits of the diners it hopes to attract.

On Tuesday the first dinner guests got a chance to check out the new look and menu.

“We’ve gotten comments that it’s so different and gorgeous, yet at the same time it’s the same,” Abrams said. The goal was not to alienate guests, but to give the space a different and more updated feel.

Rosenthal said that the restaurant needed to adapt. “A lot has changed in the 20 plus years since we opened Max Downtown. The restaurant industry is vastly different, our diners’ expectations have evolved and Hartford too is seeing big changes,” Rosenthal said in a statement. 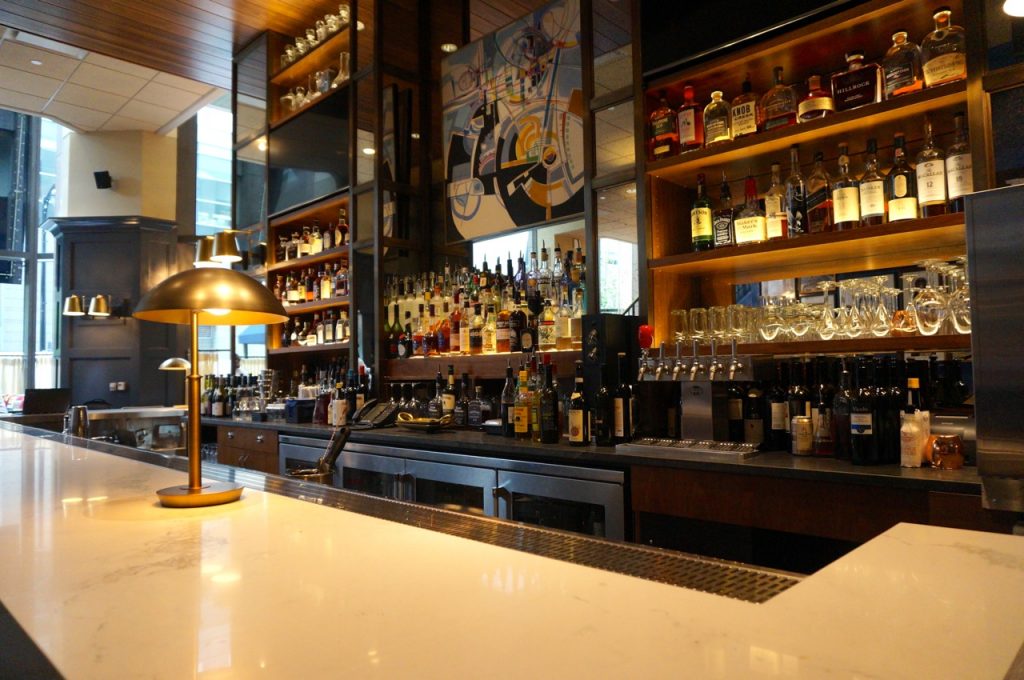 The changes to the bar area provide a dramatic brightening, with the dark wood bar replaced by a carrara marble top. The bar has also been extended to curve around both ends, adding four more spaces for guests to sit in the new blue-upholstered chairs.

The booths in the bar area are new as well, and are now high-tops with a walnut surface trimmed in gold. Behind the booths is one of Max Downtown’s two “art galleries,” featuring framed images of pop icons arranged salon-style on a glossy royal blue wall. Rosenthal brought the print of Jerry Garcia from his own home.

Along the far wall of the bar is one of the most distinctive new elements: a “whiskey wall” where more than 200 liquor bottles are illuminated on mirror-backed shelves. 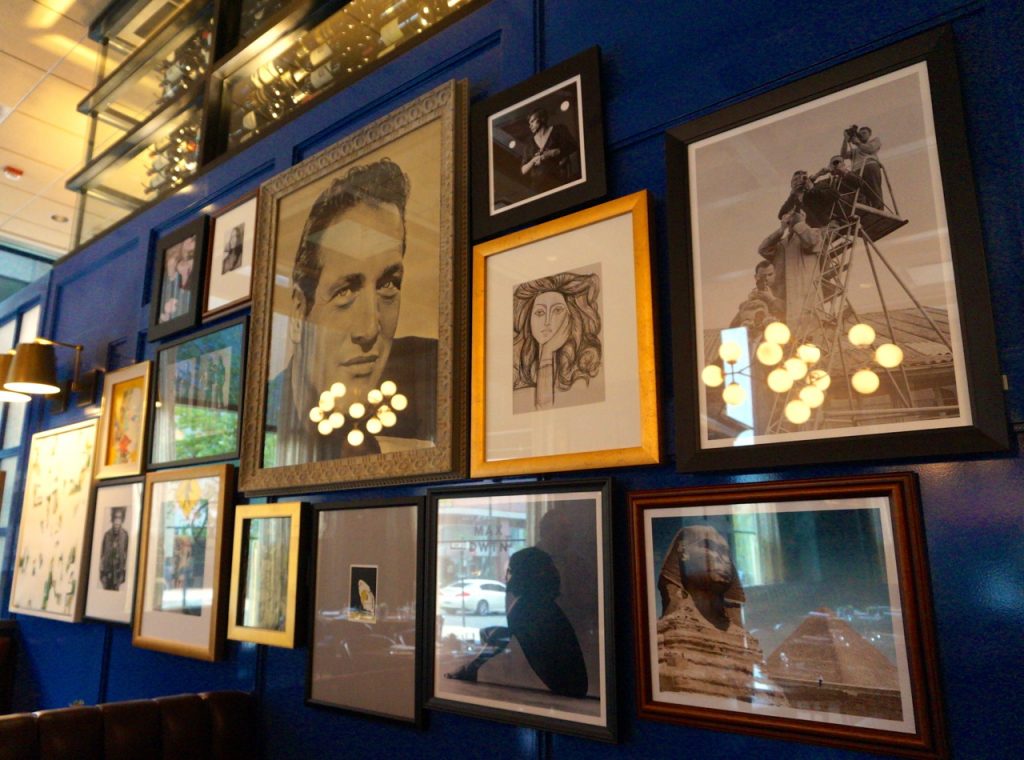 Paul Newman is the focal point of the salon wall in the dining room of Max Downtown. Photo credit: Ronni Newton

In the main dining room is another salon-style art wall, highlighted by a striking image of a young Paul Newman. The dining room’s carpets have been replaced by rich hardwood floors, and the tables are no longer set with tablecloths.

“We thought long and hard about that,” Abrams said. “But we thought we could get a tailored look without the tablecloths.” He believes they have accomplished just that with the change to walnut tables, surrounded by blue upholstered chairs, and set with classic gray and white napkins.

The iconic mural is gone. “We decided to open our wine room to the dining room,” Abrams said, pointing out the hundreds of bottles that can be seen in the glass-sided room that wraps around the center of the restaurant.

“The reason we remodeled was because of West Hartford,” Abrams said. “We needed to stay more relevant with our clientele, the younger crowd who felt this was too much of a special occasion restaurant. This is more approachable to everybody.”

The menu has some new “softer price” offerings that also make Max Downtown more approachable, and already seem to be embraced by guests.

“We now encourage people to share,” Abrams said. Under the menu heading for the “Chop House Classics” – the restaurant’s cornerstone steak entrees – is the line “To share or Not to Share.”

“The steaks are huge,” Abrams said. Guests are encouraged to share a steak paired with a salad and perhaps one of the new pasta dishes ($13-$16). The lasagnette; a buccatini with anchovy, nduja crumble, and puttanesca; and cavatelli with red curry ricotta, roasted squash, and almond pesto are all new menu offerings.

Sides also feature updates, and there are a few new starters ($13-$17) like the crab cocktail, chowder-stuffed clams, and lamb merguez. The Caeser salad has gone from an “item people liked to an item people will love,” Abrams said.

There’s also a new “In Our Hands” tasting menu, for diners who would like the chef to select and prepare a five-course meal.

Chris Sheehan remains in place as executive chef. He has worked at Max Downtown for 14 years, Abrams said, taking on the top job when Hunter Morton moved to Max’s Oyster Bar in West Hartford Center.

Max’s Downtown is open for dinner only through Sept. 24, and lunch service will return on Monday, Sept. 25. That menu has been updated as well.

General Manager Liz Ackerman noted that Max Downtown is offering free valet parking through the end of the year. “We wanted to make the restaurant more attractive with the parking,” she said.

“It’s a thank you to our guests for waiting [for the renovations to be complete],” Abrams added. 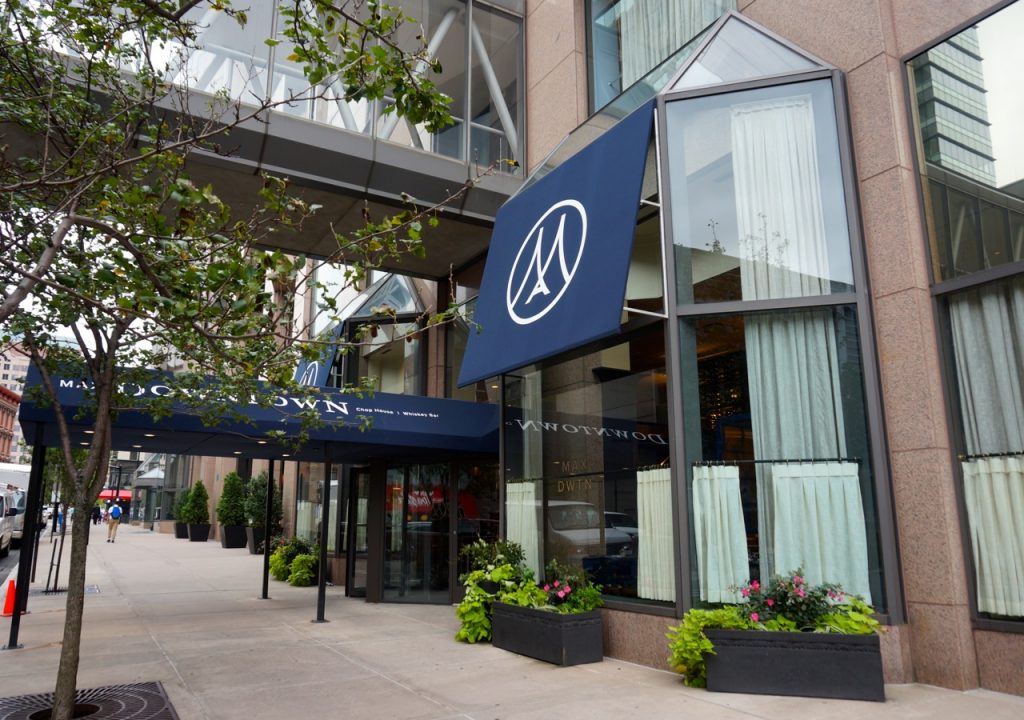 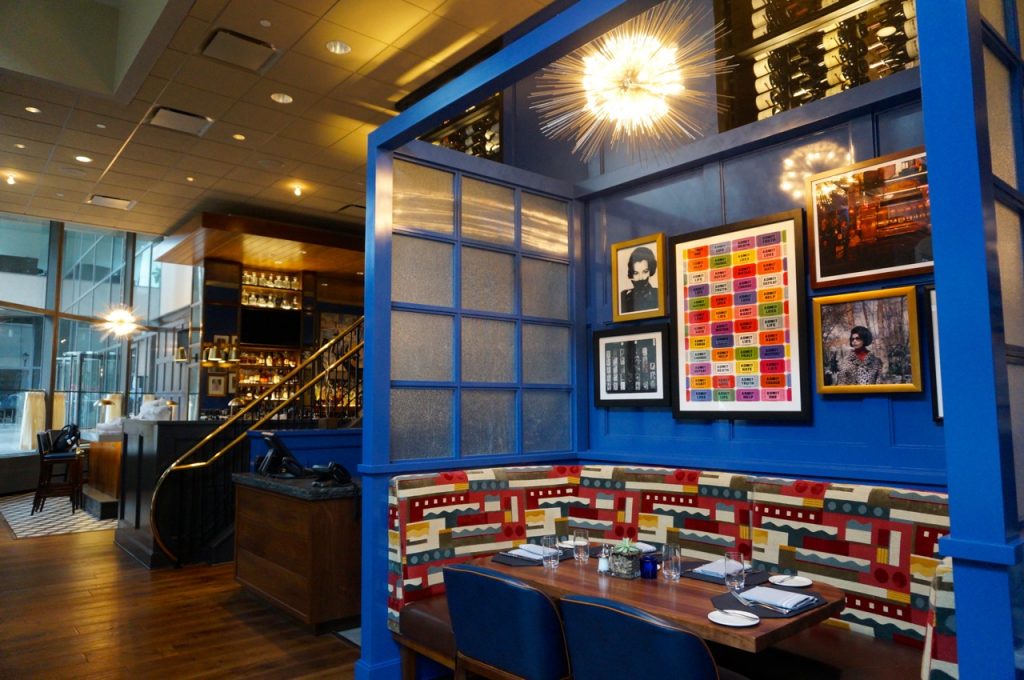 One of the most sought-after seats is a semi-private booth near the entrance of Max Downtown. Photo credit: Ronni Newton 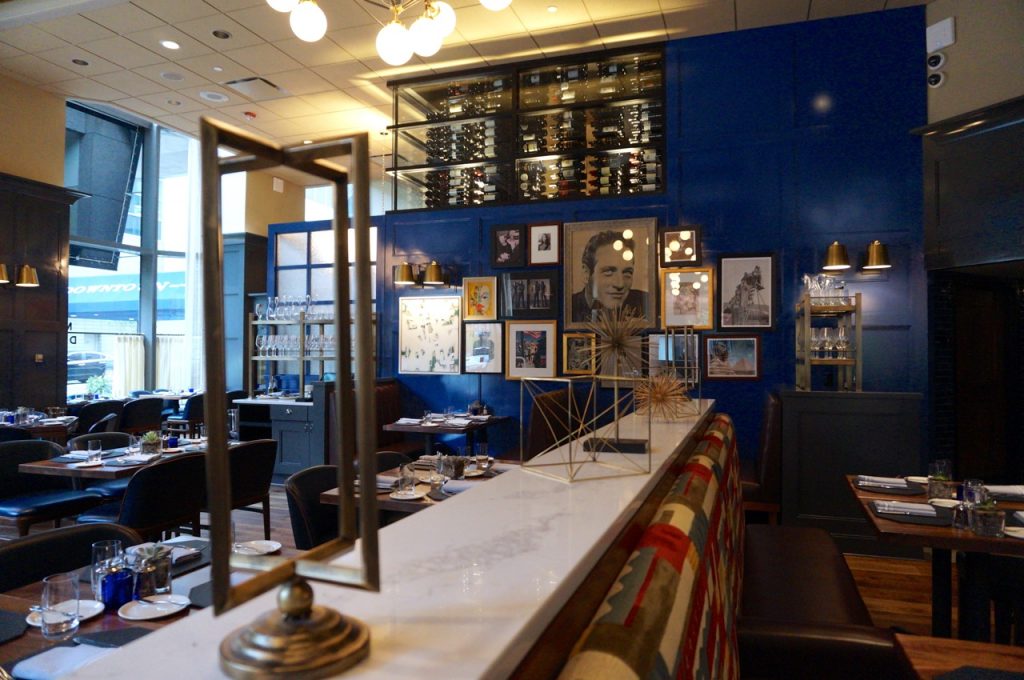 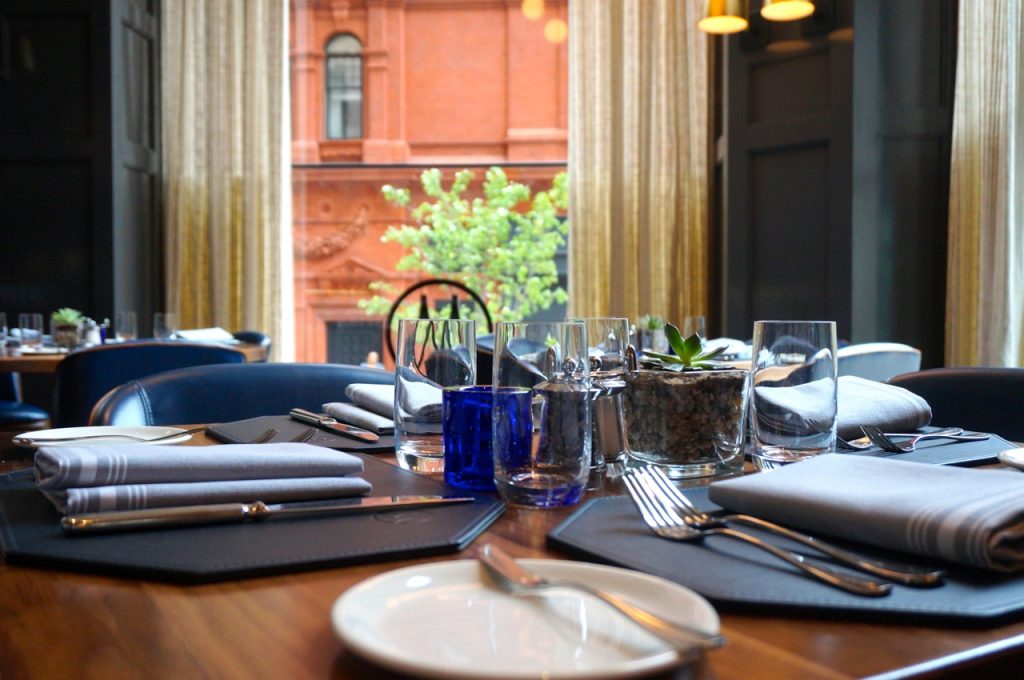 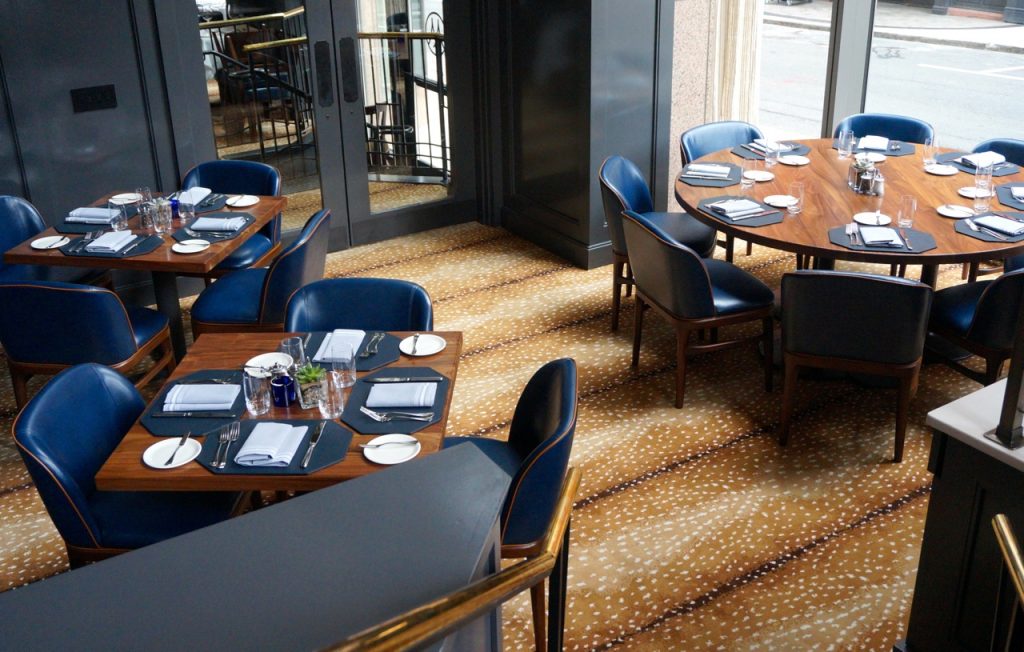 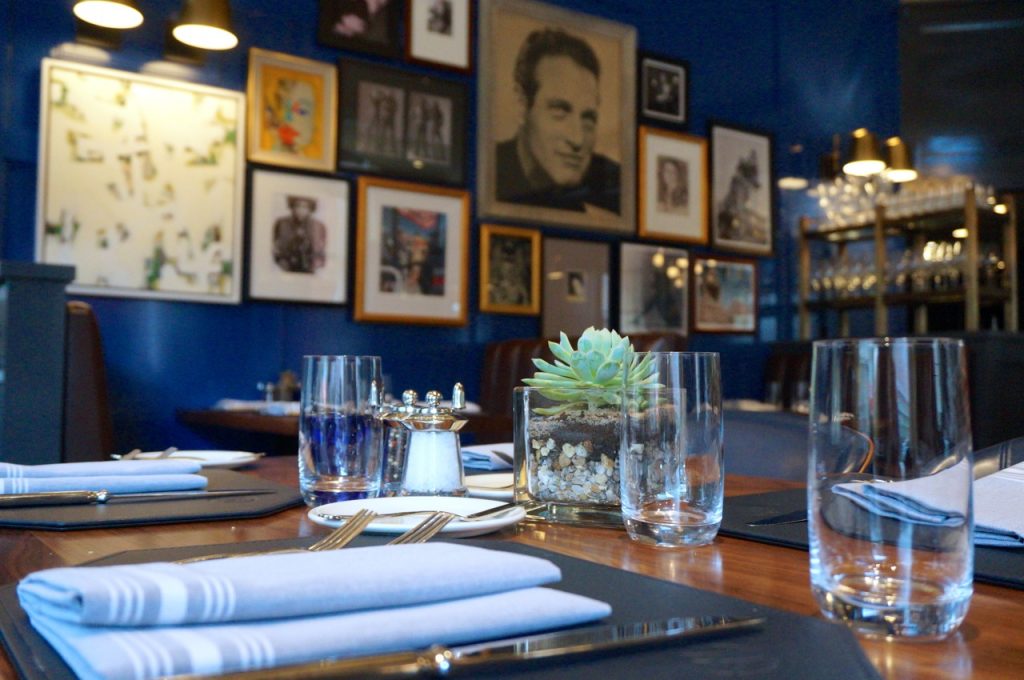 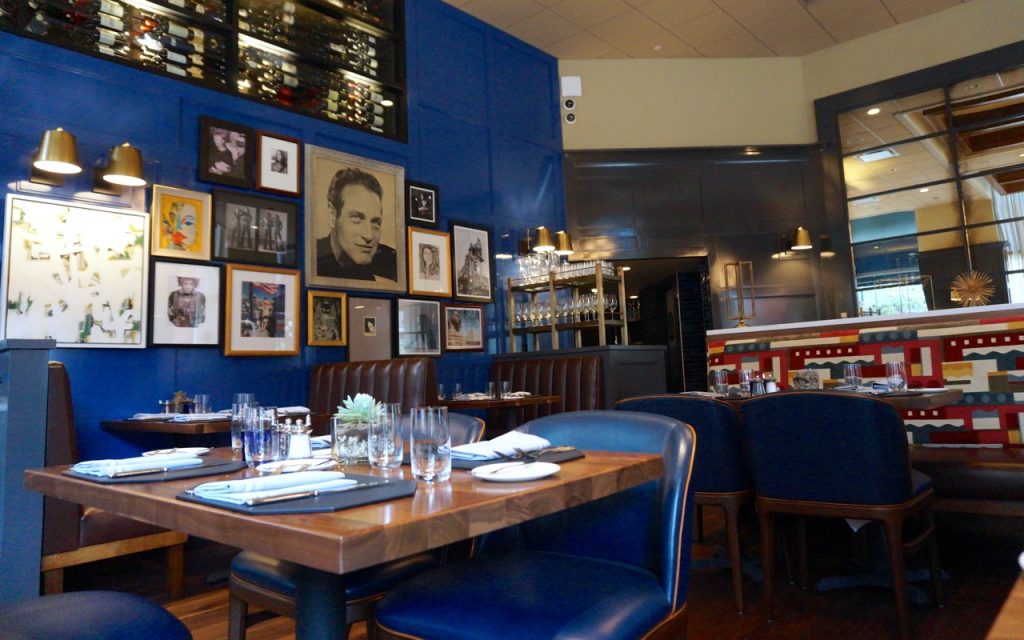 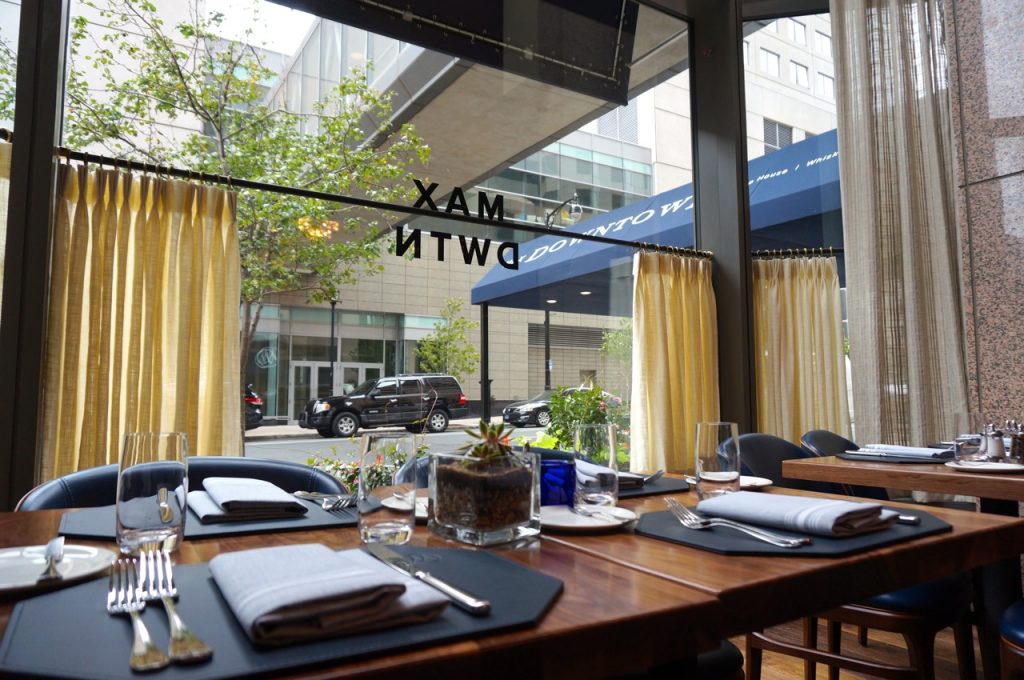 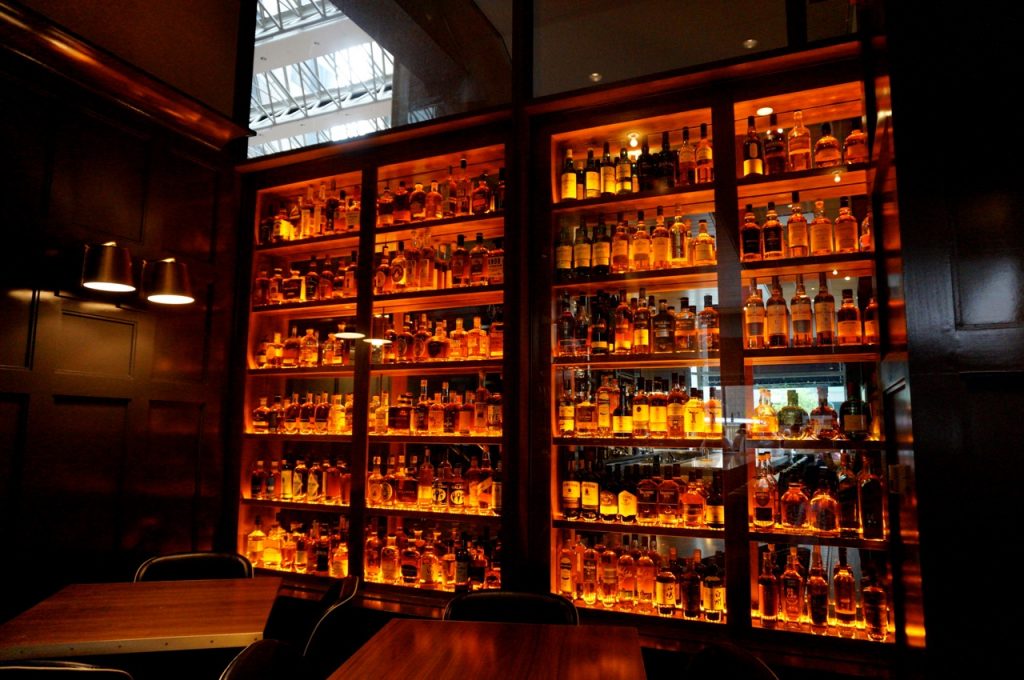 More than 200 bottles are on display on the illuminated “whiskey wall” at Max Downtown. Photo credit: Ronni Newton 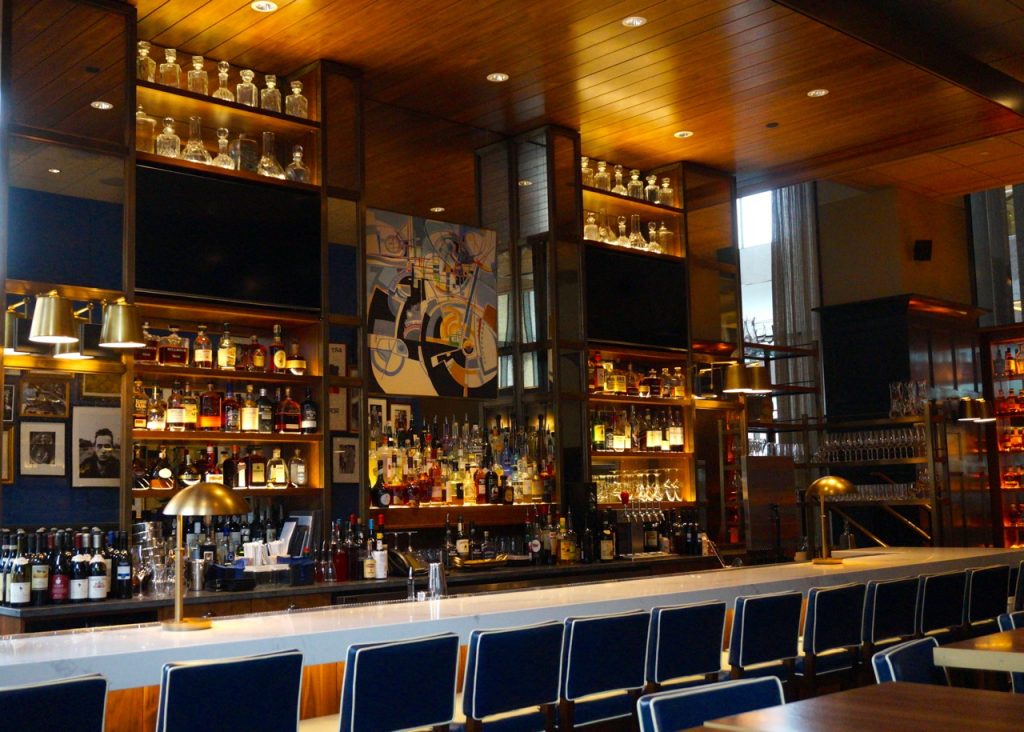 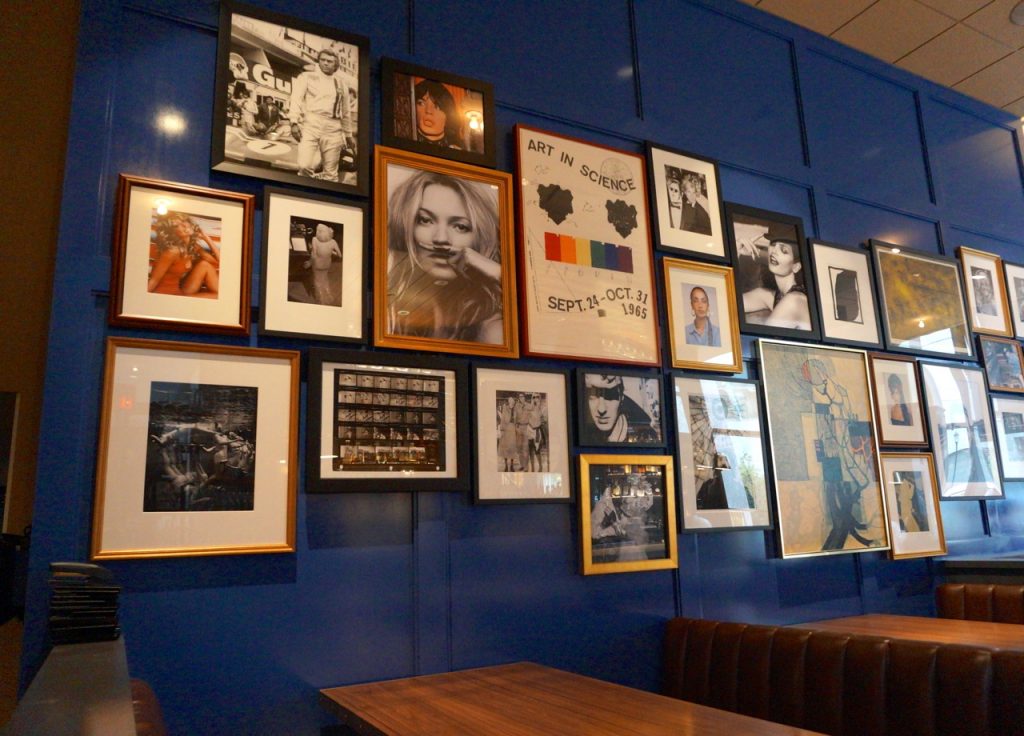