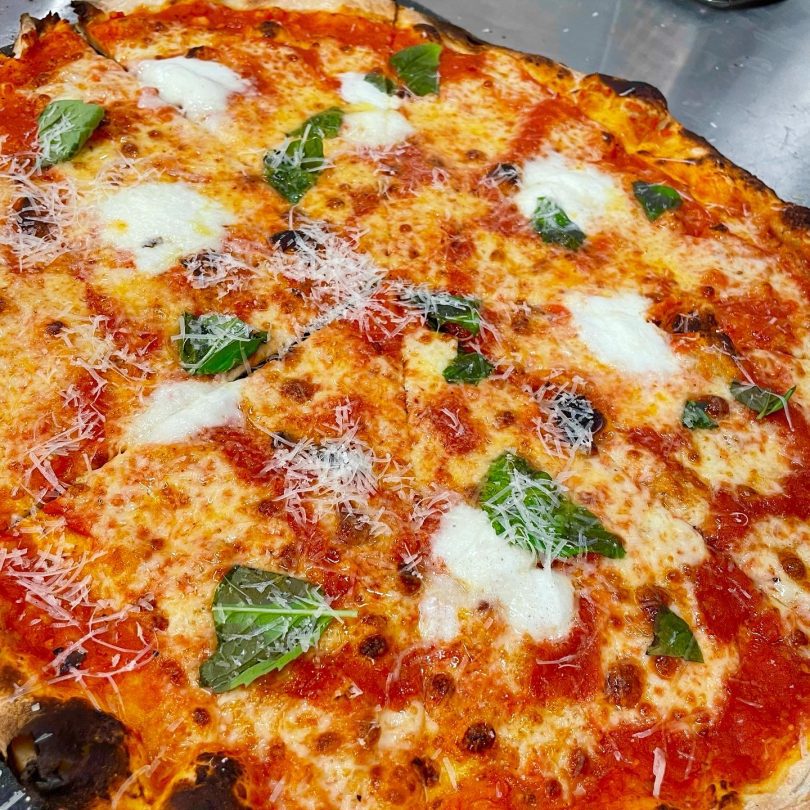 New Park Brewing has expanded its West Hartford operations, adding a wood-fired pizza kitchen and a select of small-batch wines to the menu. 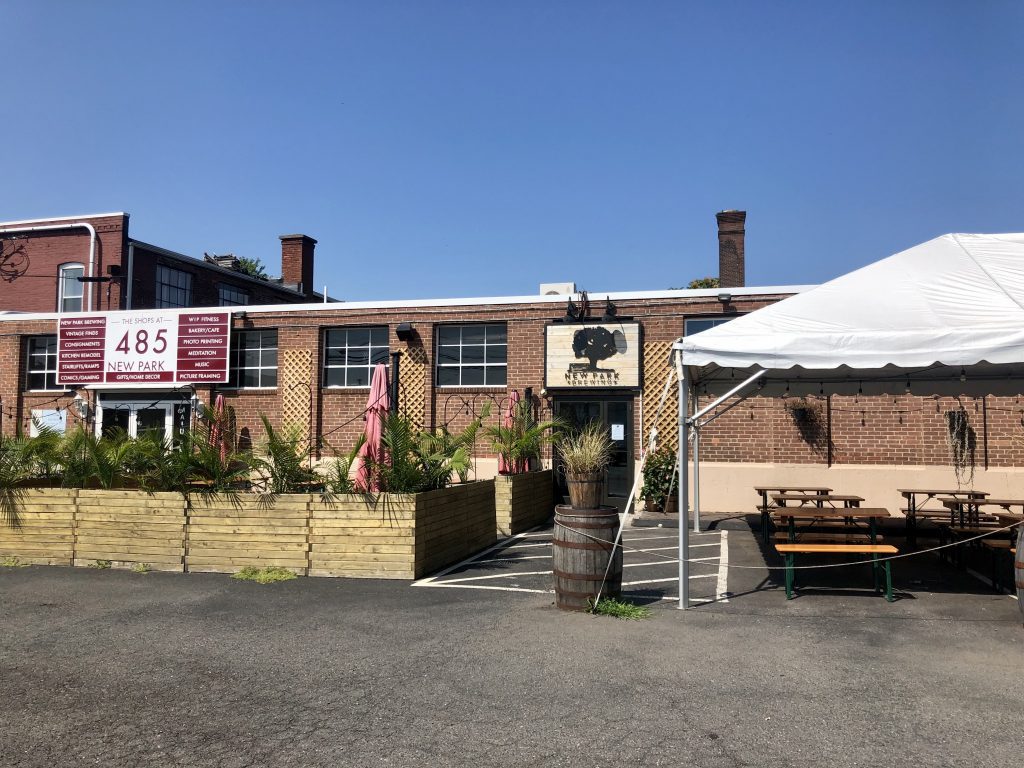 When New Park Brewing opened in March 2017 the owners said it was the culmination of a dream that had been “brewing’ for years, but over the past four-plus years they’ve continued to expand both their dreams and their operations.

After beginnning the process by working with the Town of West Hartford in 2015 to enact an ordinance change to allow for craft breweries in industrial zones, New Park Brewing has expanded the brewing operations and variety of offerings, added a canning line, and implemented state-wide delivery.

The latest addition is Patty’s, a wood-fired pizza kitchen, which opened Aug. 4, and complements the dining options also offered by food trucks that take up residence in the parking lot. 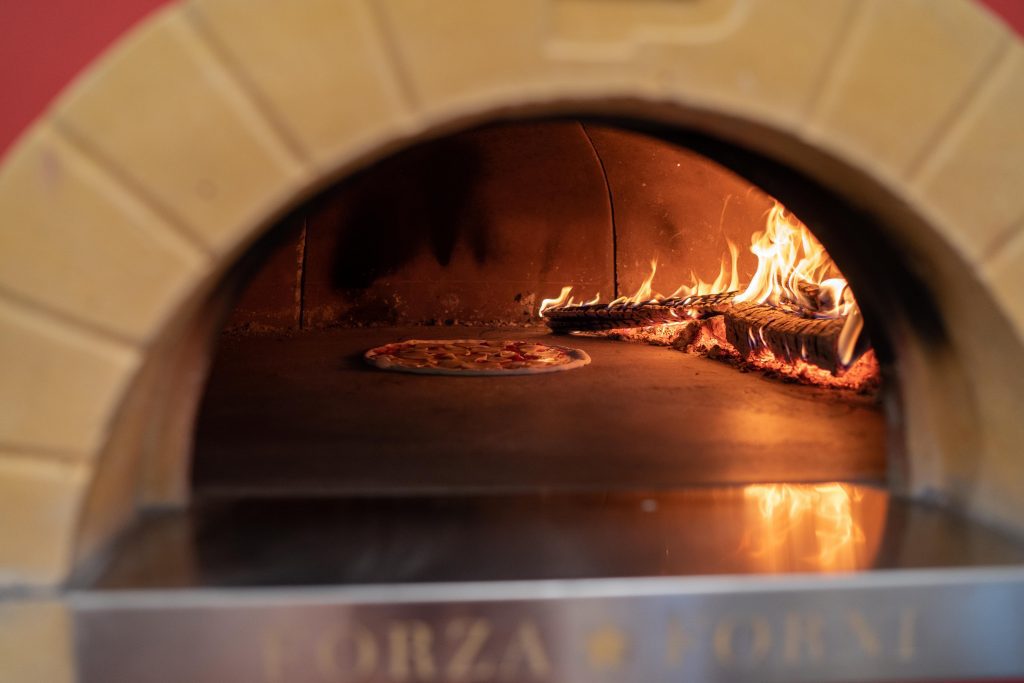 “We opened the pizza place this week, which has been fantastic,” New Park Brewing co-owner and co-founder John Doyle said Friday. Staff had a preview earlier in the week, with rave reviews.

Adding a restaurant operation was something that just sort of evolved, spurred by the pandemic, he said.

Doyle said that Alex Dee, also a co-founder and the original head brewer at New Park Brewing, like many people, got really into baking during the pandemic.

“There’s a lot of overlap  between brewing and naturally-leavened pizza crust,” Doyle said. Dee would make pizzas and bring them for staff to try. 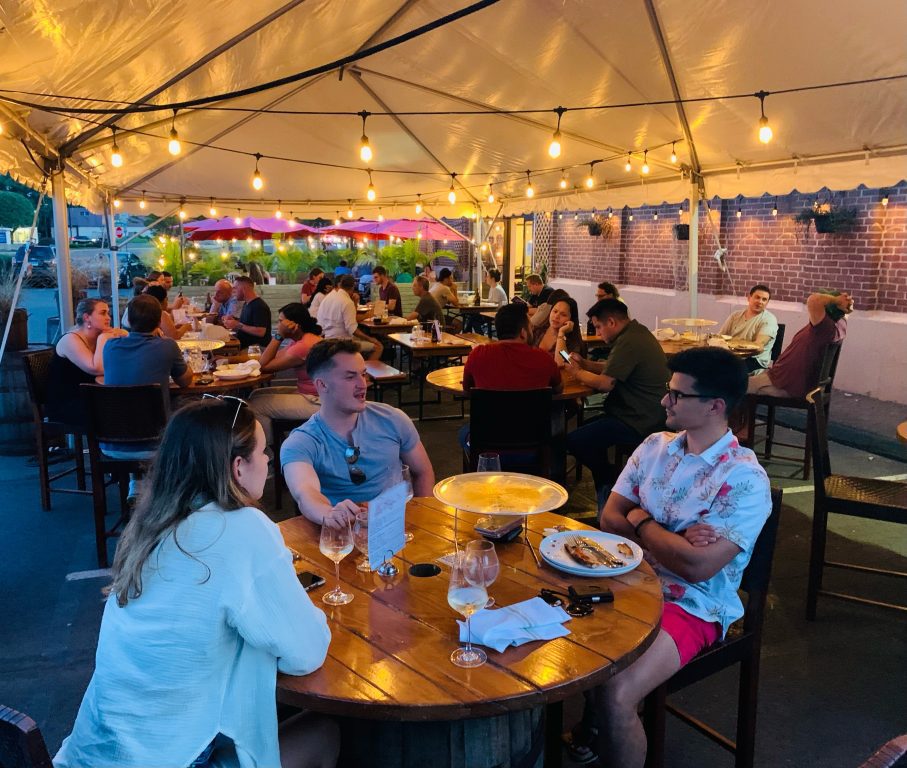 He said Dee, who who had just finished a master’s program in biomedical science at UConn and was beginning work on his PhD when he pivoted to brewing beer, understands the science of the process. And if he didn’t become a brewer, he would have probably ended up a chef, Doyle said.

“We told him, ‘These are incredible. We should sell them in the brewery,'” Doyle said.

They were able to take over the adjacent space formerly occupied by Panache – which relocated to Park Road – and after auditioning a few brick ovens at a test kitchen in Brooklyn, imported one from Italy.

They cut a half moon-shaped hole in the wall above the bar in the tap room, and use that to pass the pizzas through.

The pizza dough is cold-fermented, naturally leavened for 72 hours, and topped with fresh, seasonal ingredients. There are also small plates and salads on the menu. 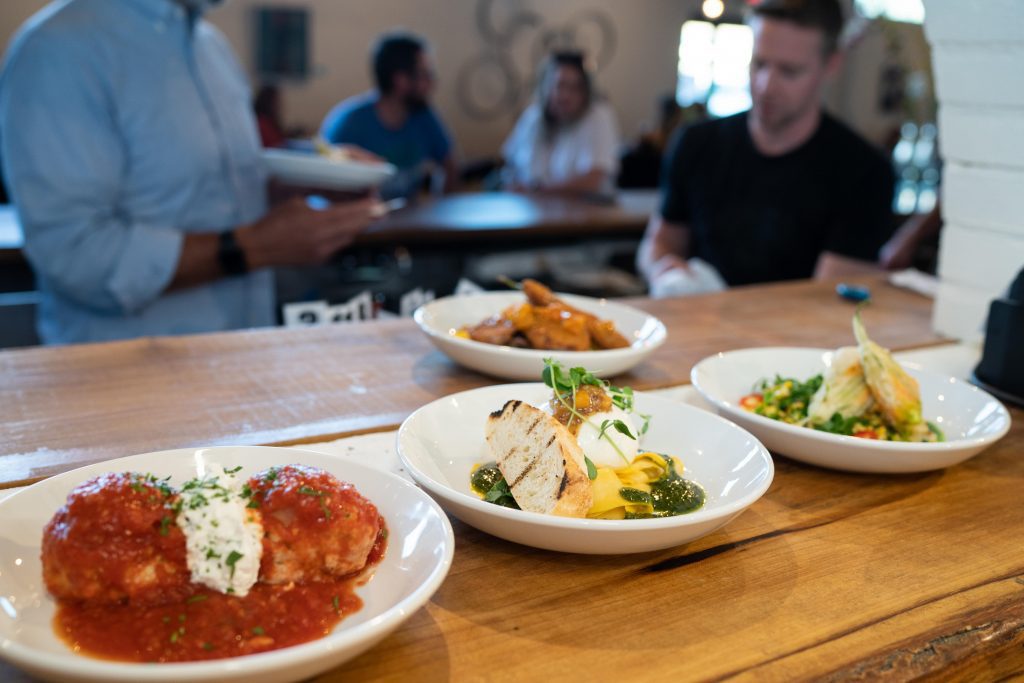 Pizza, as well as salads and small plates, are on the menu at Patty’s, the wood-fired pizza kitchen, is the latest expansion in New Park Brewing’s operations. Photo credit: Amber Jones Photography

Also added to the mix are a selection of “low intervention” wines, inspired by New Park Brewing’s General Manager, TJ Orscher and his wife, who during the pandemic developed an affinity for natural wines.

They connected with Doug Rankin of Missing Link Wine Company, who curated a selection of four reds and whites, and even an orange wine that all pair well with the pizzas. 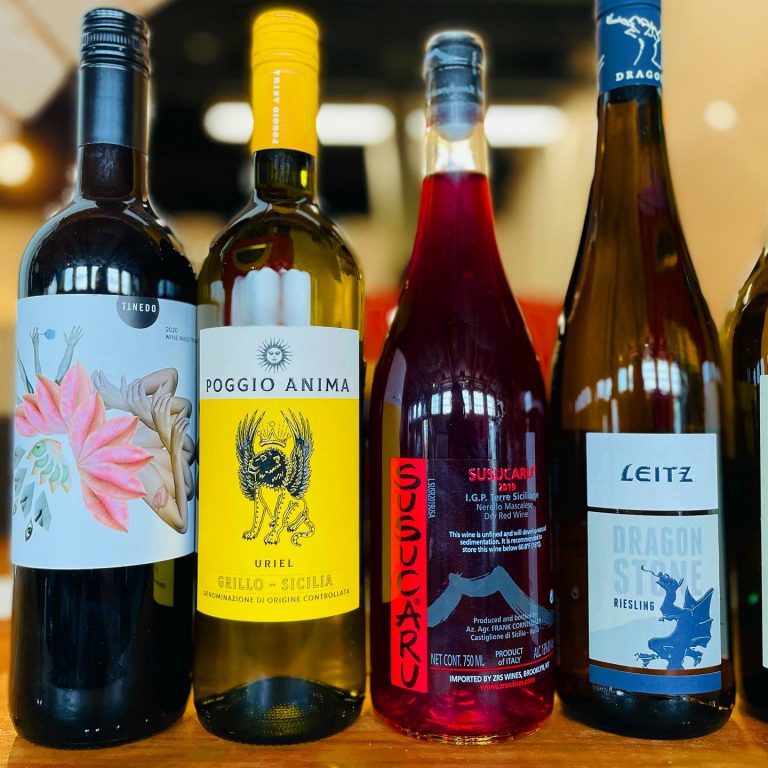 “They are unique and amazing wines,” Doyle said. And understanding that not everyone likes beer, adding wine to the offerings, “opens us up to a whole new group of people,” he said.

The name – Patty’s – is a tribute to Doyle’s mother. “Patricia, my Italian mom, born and raised in New Britain” was an amazing cook and baker, Doyle said. He said until recently she sold her baked goods at the farmers market on Block Island.

Patty’s menu is available in the tap room on Wednesday to Friday, starting 4 p.m., as well as all day on weekends.

Right now the indoor space with seating is the tap room, as well as The Barrel Room. Eventually they may add some in the area where the pizza oven is located, “but we’re taking a breather right now,” Doyle said.

Beer dinners, in partnership with local chefs, are on the horizon, however, with more information to come. 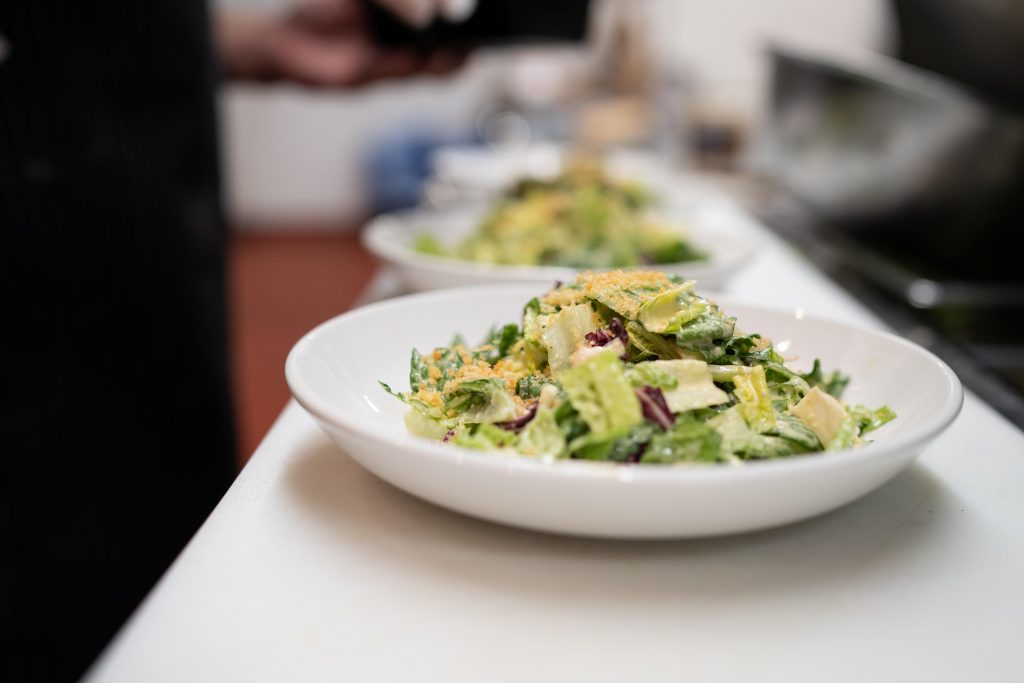 Pizza, as well as salads and small plates, are on the menu at Patty’s, the wood-fired pizza kitchen, is the latest expansion in New Park Brewing’s operations. Photo credit: Amber Jones Photography