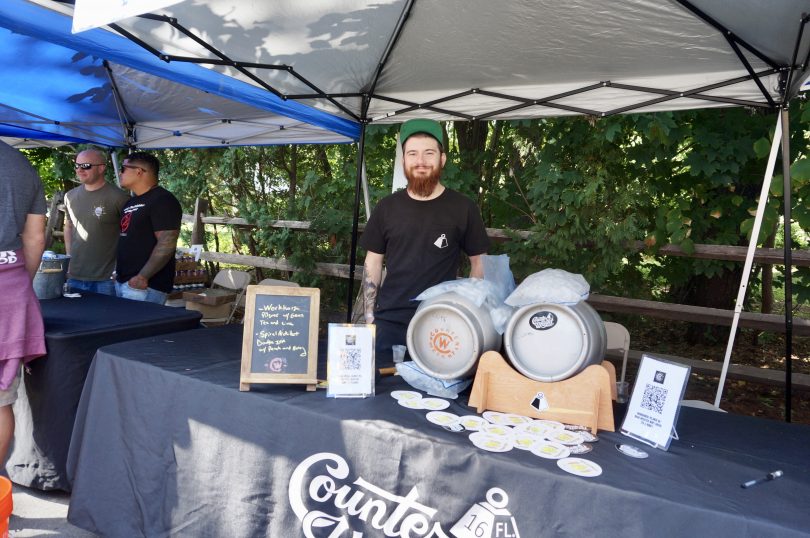 Brewers competing in the cask challenge at the Noah Webster Real Ale Harvest Fest are required to use an ingredient from Webster’s 18th century West Hartford garden, or something that would have been in his pantry. 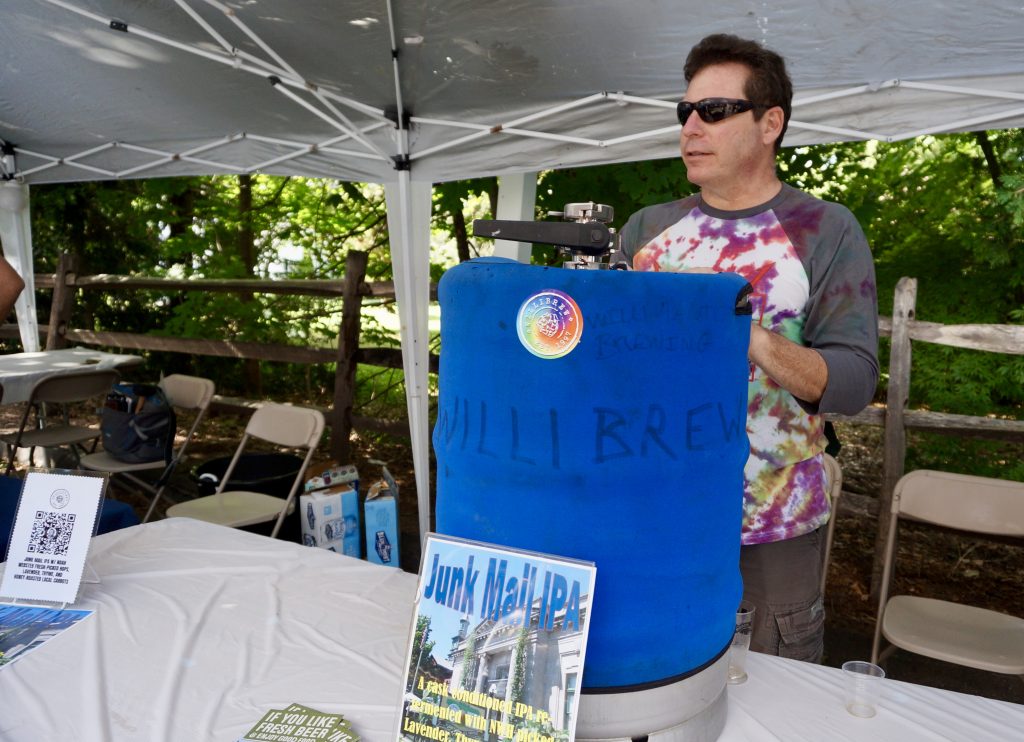 Brewers from throughout the region will have a chance to get creative in a unique competition – the Noah Webster Real Ale Harvest Fest – that returns to West Hartford Nov. 6 after a one-year hiatus.

Brewers must create just a single cask of ale for the competition, but the unique challenge is that it must include an ingredient from Noah Webster’s 18th century garden or something that would have been in the famed West Hartford resident’s pantry. Choices include quince, cinnamon, rhubarb, and nutmeg.

“Real ale” is created using a traditional technique that was commonly employed during the time Noah Webster lived on South Main Street. The beer “is top-fermented and matured by secondary fermentation in the container from which it is served,” organizers said in a news release. Real ale is served at cellar temperatures – warmer than most are accustomed to drinking their draft beers these days – and are distinguished by their flavors and texture.

David Wollner, owner and brewer at Willimantic Brewing Co., and an award winner in 2019 for the “Junk Mail IPA” entry, said the Real Ale Festival is his “favorite event of the year.” The 2019 cask was crafted with hops fresh-picked from the South Main Street garden, as well as lavender, thyme, and honey-roasted local carrots. 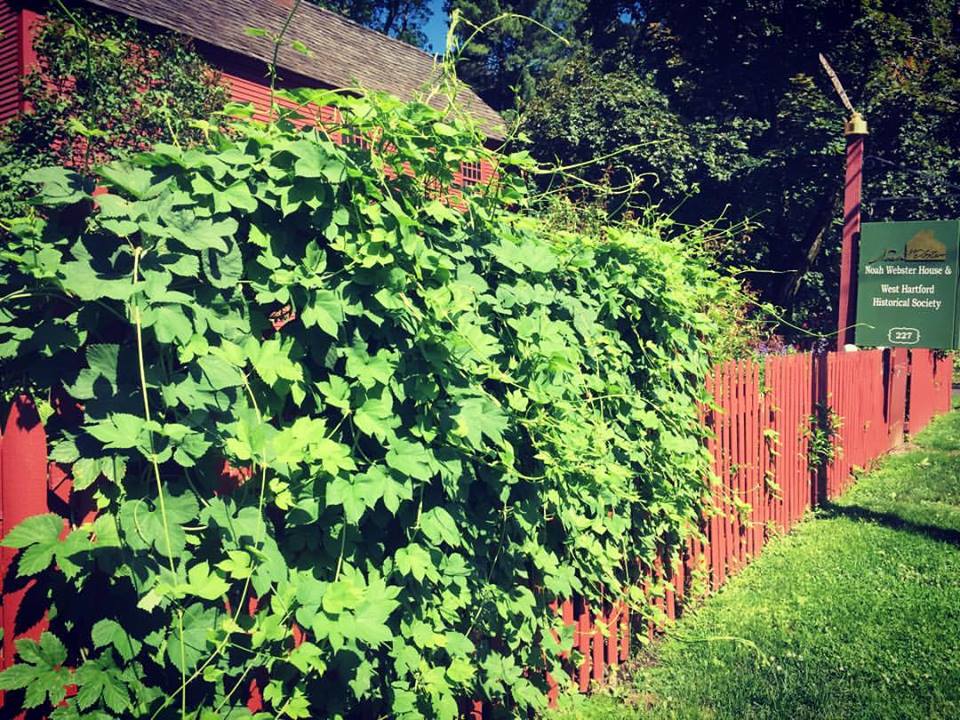 Peter Cowles, the founder, CEO, and chief beer scientist at Aspectuck Brew Labs, said the Noah Webster Real Ale Fest is “hands down the favorite event where the art of making real ale is celebrated.” His entry, “Bramble Blackberry Sour,” made with wheat, oats, barley, and “a whole lot of blackberries,” was second runner-up in 2019.

In addition to 20 breweries that will be competing, there will be a cider works will also compete in the 2021 Real Ale Fest. The Cask Champion will be chosen by certified beer judges as well as special guests, and the Tasters’ Choice winner will be determined by a vote of attendees, certified by an official accounting team from Clark Hirth CPAs.

The recently opened WeHa Brewing & Roasting Co. will be a new competitor this year, in a collaboration with Luppoleto Brewing Co. Spoke & Spy Ciderworks will bring a casked cider.

Each session will also feature live music, with solo acoustic artist Tim Palmieri appearing at the earlier session and Benny, Bloomer & The Boom at the evening session. Palmieri, according to the Noah Webster House, is known for his “mix of thoughtful originals, classic covers, and unexpected rarities made unique through Palmieri’s distinctive style of rhythmic looping.” Benny, Bloomer & The Boom features vocals and acoustic guitar “along with intricate fiddle and percussion while performing some of the best covers from multiple genres.”

Food will be available for purchase during each session. Tickets, which are $50 each (through Nov. 3) and include unlimited samples served in a signature tasting glass, are available at www.noahwebster.yapsody.com. The site also provides the most up-to-date information on participating breweries, music, and food. Tickets purchased online after Nov. 3 or at the door are $60 each. Designated driver tickets are $20 per person. All guests must be 21 or over and must show proper ID.

The majority of the event will be held outdoors due to COVID-19 safety concerns, and guests are urged to dress appropriately. The museum is monitoring COVID guidelines from the State of Connecticut and the CDC and will follow best practices at the event. COVID policies will be updated on the event ticketing site should changes occur. 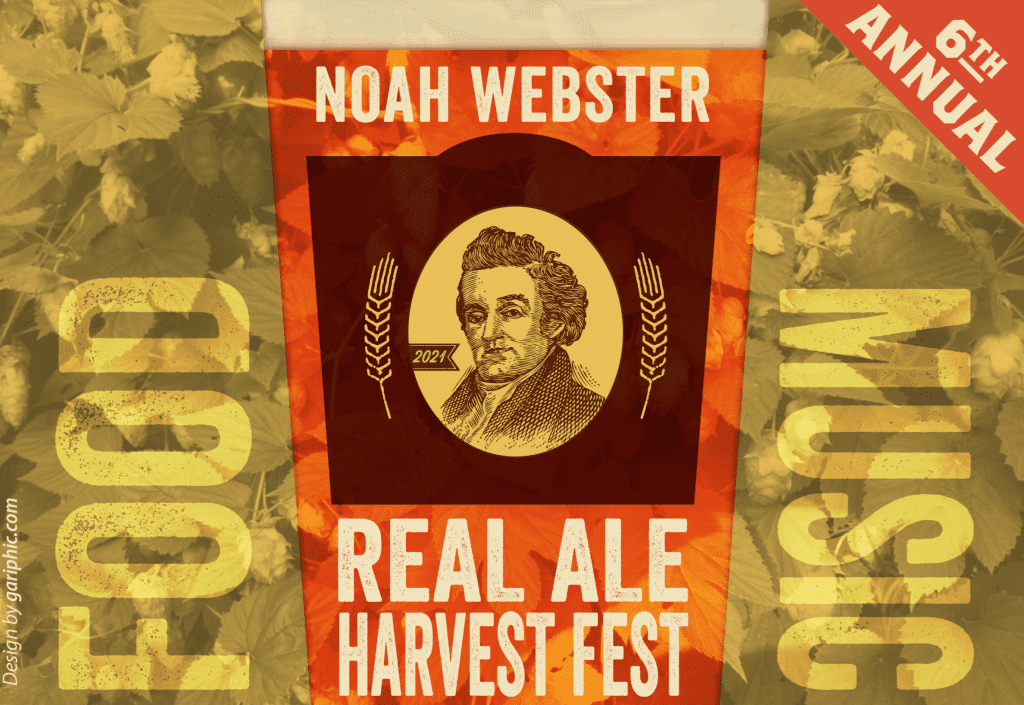