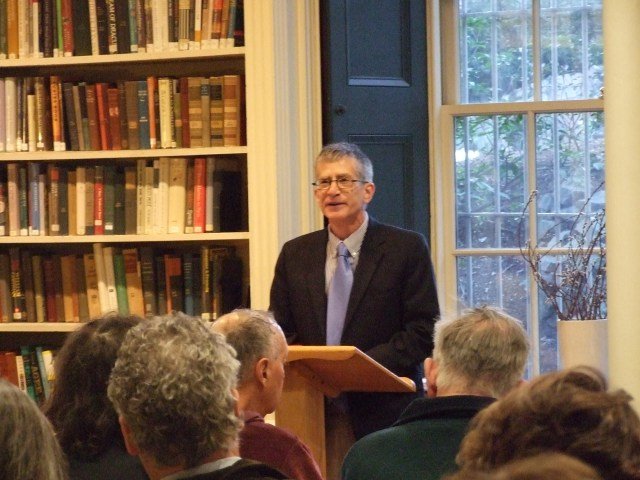 Dennis Barone served as the second Poet Laureate of West Hartford. He is the author of seven books of short fiction, including On the Bus: Selected Stories (Blaze Vox, 2012). He is also the author of a collection of prose poems, The Walls of Circumstance(Avec Books, 2004). Bordighera Press published his study of Italian-American narrative America/Trattabili in 2011. Barone is editor of New Hungers for Old: One-Hundred Years of Italian-American Poetry (Star Cloud Press, 2011). In 2016 the SUNY Press published his study Beyond Memory: Italian Protestants in Italy and America. In 2017 he received the inaugural Sister Mary Ellen Murphy Faculty Scholarship Award, University of Saint Joseph. 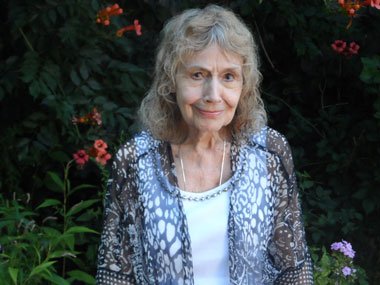 Maria Sassi is a prize-winning poet and playwright and served as the first Poet Laureate of West Hartford. Her book of poems,Rooted in Stars, is in its second edition, the first is in the Beinecke Rare Book and Manuscript Library at Yale University. Her work has been published in numerous poetry journals. She taught poetry at the University of Hartford’s Hartford College for Women for over ten years. For more than ten years, Maria has welcomed the public to enjoy afternoons of poetry at the Noah Webster House & West Hartford Historical Society through its Poetry Read-In series. Most recently, she has received grants from the Hartford Foundation for Public Giving and the Connecticut Commission for the Arts for her poetry.

Tom Nicotera is currently coordinator of Bloomfield Library’s Wintonbury Poetry Series and a member of a performance poetry trio called “Not Just Any Tom, Vic and Terri.” His poetry book, What Better Place To Be Than Here?, was published by Foothills Publishing in 2015. He edited Charter Oak Poets II, a collection of works from Hartford area writers, and served on the organizing committee for the 2001 CT Poetry Festival at Middlesex Community College. He has published poems in numerous small press publications, and his poems have been performed by the East Haddam Stage Co.

Geri Radacsi is the author of four collections of poetry. Her prize-winning chapbook, Ancient Music, published in 2000 by Pelican Grove Press, deals with links between ancient art and history. Her full-length poetry collection, Trapped in Amber, shapes famous relics of the past into a personal history. Her most recent book, Soul and All That Jazz, published in 2015 by Finishing Line Press, touches on the passion for jazz that she and her husband of 50 years share. Currently, she’s working on a collection of poems dealing with the burdens and blessings of her new role as her husband’s caretaker. For some 30 years she was a featured writer and Associate Director of Marketing and Communications at Central Connecticut State University.

Tony Fusco is Co-President of the CT Poetry Society. He has a Master’s Degree in Creative Writing from Southern Connecticut State University. He was the editor of Caduceus, the anthology of the Yale Medical Group Art Place and past editor of The Connecticut River Review. His work has appeared in many publications. Tony is the owner proprietor of Flying Horse Press, which is currently publishing books of poetry. His latest books are Java Scripture (2014), Droplines (2009), and Jessie’s Garden (2003), which includes serious and humorous poems about his youth in West Haven, Savin Rock, and Allingtown.

Maria Frank will host this afternoon of poetry. Maria Esposito Frank is Professor of Italian Studies in the Department of English and Modern Languages at the University of Hartford. She was educated at the Universita Orientale in Naples, Italy, Moscow State University, and Harvard University. Her publications include two books and several articles on subjects ranging from pre-Revolutionary Russia to Dante, from Renaissance Humanism, L.B. Alberti, Machiavelli, and 16th-century Demonology, to 20th-century Italian poets, Translation Studies, and Italian Poetry in Translation.

Poets are encouraged to read their own works during the open mic portion of the afternoon. Sign-up sheets will be available at 1:45 p.m. Light refreshments will be served. The event is free to the public, but donations will be gratefully accepted.

The museum would like to thank the Hartford Foundation for Public Giving and the Greater Hartford Arts Council for their continued support.

The Noah Webster House & West Hartford Historical Society is a cultural destination where citizens can learn to understand and appreciate the past. The museum preserves the birthplace of Noah Webster, the founding father, educator, author and lexicographer who taught generations of Americans what it means to be American. This National Historic Landmark is also a repository for West Hartford’s history, the community that molded Noah Webster’s future, and is still thriving over 250 years later. The historic house and exhibit spaces are open daily from 1-4 p.m. For information on the museum’s extensive school and public programs, please visit www.noahwebsterhouse.org or call 860-521-5362.