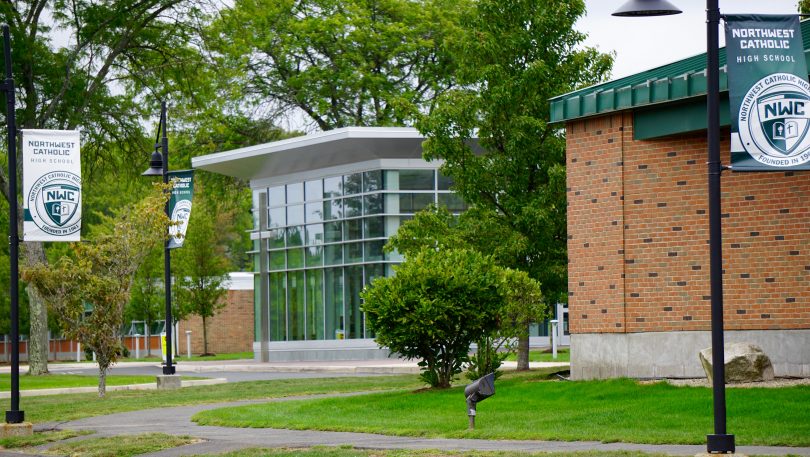 Mark Breen, a 1968 graduate of Northwest Catholic, has given the largest donation in the West Hartford school’s history which will allow for the construction of new athletic facilities.

Athletes who play football, soccer, and baseball at Northwest Catholic High School will soon be able to enjoy new state-of-the-art facilities thanks to a significant donation from an alum that will allow the school the opportunity to fulfill its longterm plan for upgrading the West Hartford campus.

Mark Breen, Class of 1968, recently announced plans to donate $2 million for the construction of a new athletic complex that will be used by the school’s football, baseball, and soccer teams – allowing the teams opportunity to play in more types of weather and also enhancing accessibility for fans. 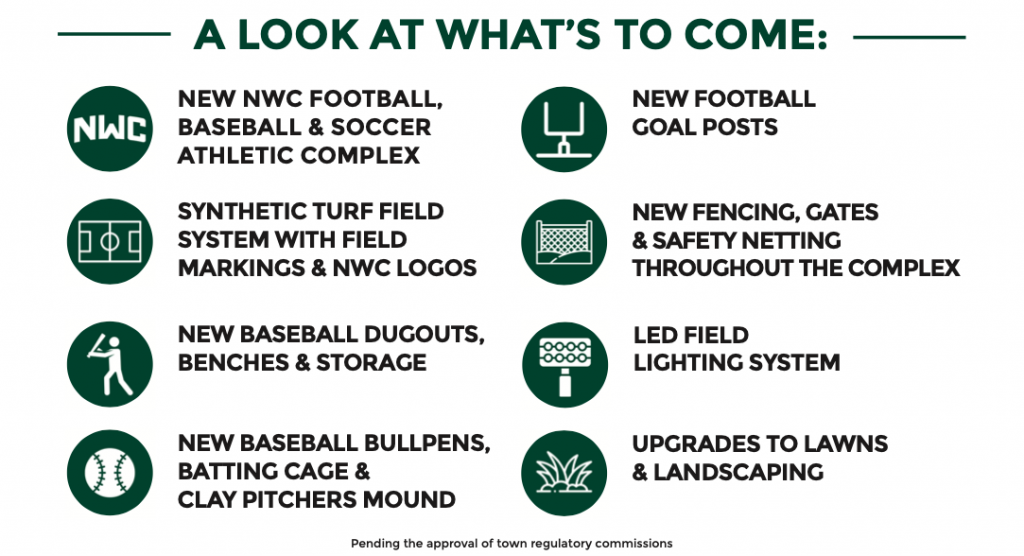 The plan for the complex to include lighted, turf fields must be approved by the Town of West Hartford, and pending that approval the goal will be to begin construction this fall.

The complex, being designed by the architectural firm Kaestle Boos Associates of New Britain, will be named in honor of Breen, who made the school’s largest-ever donation in honor of Northwest Catholic’s 60th anniversary.

“I am a proud graduate of one of Northwest Catholic’s first-ever classes, and Northwest helped set me on the path for the success I have achieved throughout my life,” said Breen, who serves as president and CEO of Atlantic Development & Investments, Inc., which has offices in Arizona and Hartford. “Northwest Catholic is a family and a community that shapes hearts, minds and souls for the better, and has been doing so since its doors opened in 1961. It is my great honor to be able to help them carry out their mission and give them the tools they need to truly thrive. I offer my sincere congratulations to Northwest Catholic on its 60th anniversary look forward to at least 60 more.”

Northwest Catholic President Fr. Michael Dolan said the 60th anniversary campaign has already raised $6 million, which will also be used for improvement of other facilities and support of student projects.

“This amazing show of generosity from Mark Breen, who has been such a vital part of Northwest Catholic’s growth and success for decades, positions us perfectly for the future and will result in as fine an athletic complex as any school, public or private, in Greater Hartford,” Dolan said. “We nurture the full student at Northwest Catholic – the mind, the body and the spirit – so making a long-term investment in athletics makes all the sense in the world.”

The new fields also be able to generate revenue by being available to host camps and through third-party rentals, Athletic Director Ashley Mara, a 2008 graduate, said.

“At NWC, 90% of our students take part in athletics of some kind – that is an astounding number that we attribute to great coaches and a true desire among students to belong to and support a team,” Mara said. “That is why this donation from Mr. Breen is so important and so appreciated. It will allow us to enhance our already successful athletic programs.”

This is not Breen’s first major gift to the school. A previous donation helped fund the Breen Center for the Arts, which according to Dolan has “enabled Northwest Catholic to have one of the finest fine arts programs in the state.”

Dolan is hopeful that this donation in support of one of Northwest Catholic’s longterm infrastructure goals will lead to future donations from alumni – as has happened with previous large donations. Breen’s donation will be combined with a previous anonymous donation of $1 million for the complex.

“I and the entire Northwest Catholic community extend our sincere gratitude to Mark Breen for his amazing commitment to our school family,” Dolan said.

Northwest Catholic plans to also renovate its other athletic fields over the next five years, school officials said.