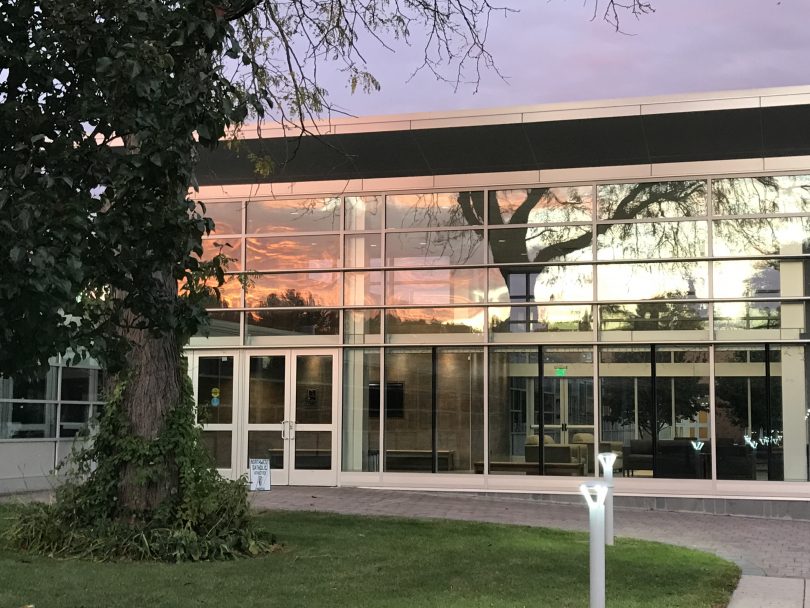 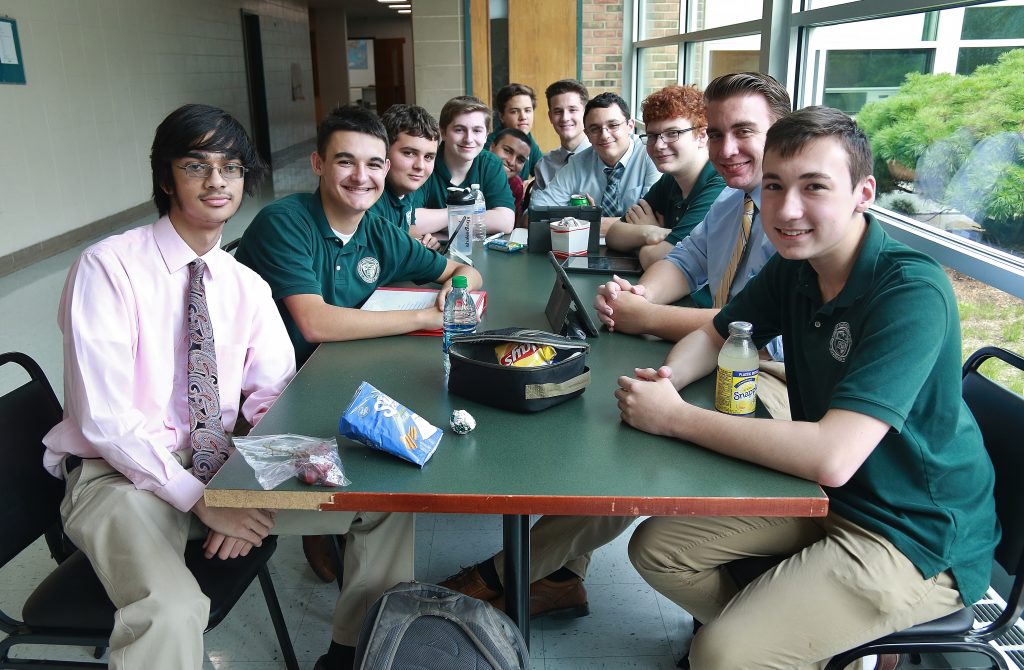 Northwest Students stand to be the beneficiaries of the Damuth Foundation Gift. Photo Courtesy of Northwest Catholic

Christmas came in July for Northwest Catholic, as the school recently received its largest ever donation, a gift of $1 million from the Dr. R. Lee and Adeline Damuth Foundation.

The donation will help Northwest increase its endowment in the short term, which will allow the school to provide more need-based aid to prospective students.

It also moves Northwest closer towards fulfilling some long term infrastructure goals, including installing a turf field for the athletics program and renovating the science department to build a cutting-edge STEM wing. The school also hopes the donation opens the floodgates for other alumni and potential donors to contribute to NWC, especially as the 60th anniversary of its opening approaches in 2021.

Dr. Damuth ran a dentistry practice in West Hartford Center in the 20th century. The Damuths were not Catholic, and no one in their family attended Northwest.

Damuth passed away in 2001, but his wife, Adeline, continued to support Northwest Catholic up until her death in 2012. The $1 million donation was bequeathed to the school upon Adeline’s death with instructions to be gifted “at an appropriate time.” With NWC’s 60th anniversary approaching soon, that time has come, and school President Christian Cashman is thrilled with the doors the donation will open.

“It’s truly historical and phenomenal … and it comes at a really critical time for the school,” said Cashman in reaction to the donation.

The latter part of that quote is in reference to what Cashman described as a “demographic whirlwind” for the state. The population of school-aged children in Connecticut has declined, with sharp declines for Catholics in particular. Catholics are having fewer children than they were when Northwest first opened its doors, and more and more families are choosing to send their children to public schools, leading to enrollment challenges that the school must meet head on.

As a result, Northwest has been “rethinking our [the school’s] strategic plan,” in the words of President Cashman. The full extent of that plan, entitled Vision 2021, is still unknown, but a new directive will be in place by the time the school celebrates their 60th anniversary. 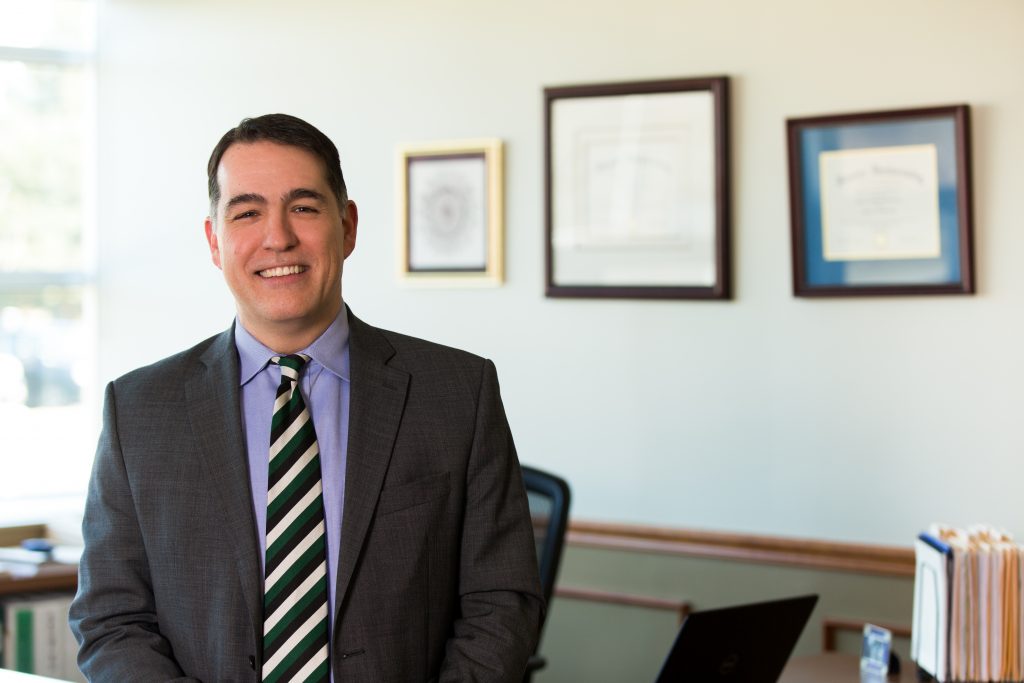 In the short term, much of the money will go to Northwest’s endowment, as the school seeks to make itself more accessible and affordable for families all across the state. The student body spans 44 towns and cities in Connecticut, and 52 of the school’s students are from Hartford. That level of socioeconomic diversity is something that Cashman values greatly, and will work to maintain by using money from the Damuth foundation gift to provide more need-based financial aid to its students.

“We have to deliver all these services that makes us who we are: The academic excellence, co-curricular excellence, the spiritual programs, college prep, all of that … but, in a smaller environment,” said Cashman when questioned about the challenges Northwest faces.

In order to maintain their high standards, the school “really has to be garnering gifts like this” in thinking about their future, Cashman said.

That’s just one of the reasons Cashman is extremely excited about the Damuth foundation gift. He sees it as potentially inspiring a windfall of other donations, especially with the school increasing its fundraising efforts in conjunction with its 60th anniversary.

“We very much see this as a gift to garner other gifts for that campaign [Vision 2021],” he said.

“We see this as the foundational gift that will bring we hope multiple millions of dollars in a plan we’re developing right now,” Cashman added.

In fact, Cashman was excited to share that another donor had already pledged to support the Vision 2021 campaign in light of the Damuth foundation gift. That donor, who wishes to remain anonymous, has pledged another $1 million – another huge windfall for the school.

Cashman described the Vision 2021 plan as the foundation for the next decade of Northwest Catholic’s progress. Much of that progress will come in the form of infrastructure investment, something the Damuth donation will immediately help spur.

The school has already hired an architect to develop a master plan for the next 15-20 years, something that will “address everything you see inside and outside as to how we develop this campus.”

In the short-term, that plan will deal with Northwest’s outdoor space, with the emphasis placed on an installation of a turf field for Northwest’s athletic and extracurricular activities.

“Clearly, the outdoor space needs attention. We want to bring our field space and our green space up to a level that really fits our 21st century needs, co-curricular and so on,” said Cashman.

Installing a turf field will bring Northwest’s field space on to the level of Conard and Hall high schools, both of which compete in the same division as Northwest in most major sports.

But, infrastructure investment won’t be contained to the outdoors. NWC also has big plans to renovate its Science wing, and build a cutting edge STEM center that reflects the technological improvements of the 21st century.

“We have a whole plan to basically gut our science wing and redo it for 21st century science, technology, and maker space.”

Cashman described the renovated science wing as the future hub of the school in both a literal and figurative sense, given its central proximity on the campus.

A plan for a new student center is also in the works, something Cashman hopes will make Northwest Catholic “more collegiate.” 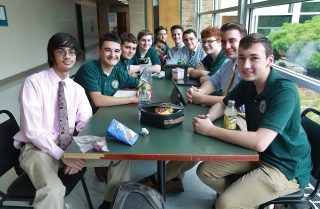 Northwest Students stand to be the beneficiaries of the Damuth Foundation Gift. Photo Courtesy of Northwest Catholic

Cashman hopes that the windfall from the Damuth donation – increased need-based aid for prospective Northwest students, investment into academic and extracurricular activities, and  infrastructure projects that will help modernize Northwest’s campus – will add value to the West Hartford community.

“We really view everything we do here, as we hope bringing value to our neighborhood and our town … we hope people that are looking at Northwest Catholic either as a place to send your child or as a place that you just didn’t know about know … that we really feel it’s extremely important to be a strong neighbor.”